This book has been interesting. Part the way through it the technical jargon flumoxed me a bit, but I carried on. I'm glad I didn't give up. Mike had dreams of being an astronaut from an early age. His story shows what can be achieved with grit, courage, suspense and thrills. It's a long road to becoming an astronaut, many years of hard work and determination to follow his dream. He was born into a working class family, he failed his first doctoral exam, and was rejected three times by NASA, before making it through to the final round of astronaut selection.
He talks in detail about his first flight and his first space walk. He recalls the tragedy of losing friends in the Columbo shuttle accident, and has been twice to the Hubble telescope.
I've just found a whole lot of videos about Mike, so that's my viewing fixed up for a week or so. 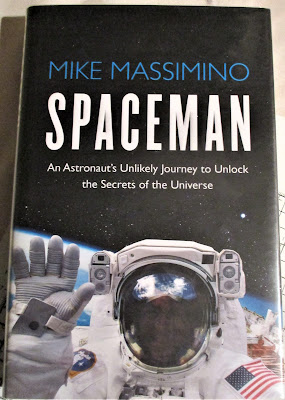 Just by coincidence I have been watching the SpaceX Dragon on it's latest journey. It was launched yesterday with cargo for the International Space Station. 26 hours later it was docking to the ISS, 268 miles above the Indian Ocean. The precision when the two come together is amazing. Have a look on yooootooob if you want to see it. Be aware that it is very slow. Once it has launched and on it's way, it appears not to move. I only watched the launch at the beginning and the docking at the end. They will be opening up the hatches in a few hours so there will be some more to watch.

So what have I been doing today. I made five bags this morning and I went a walk this afternoon. 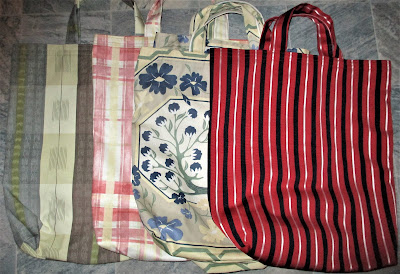 Thank you for popping in. We'll catch up soon. Toodle pip.  ilona
Posted by Meanqueen at 20:07