Hello. A few pics from my walk yesterday. With the threat of thunderstorms imminent, it had to be done while the sun was still around. The plan was to go to Bawtry, but as I approached the town it was rather busy with traffic. I looked for a parking place on the edge of town, but no luck. All too busy for my liking.

I decided on plan B, go to the village of Misson, which is not far from Doncaster and Sheffield Airport. Why they call it Robin Hood Airport I don't know. It is nowhere near Sherwood Forest. I was lucky there, a wide street with no restrictions and not blocking anyone's entrance. There are some rather lovely village signs, couldn't resist snapping them. In fact there are only two signs here, both had a different picture on each side. 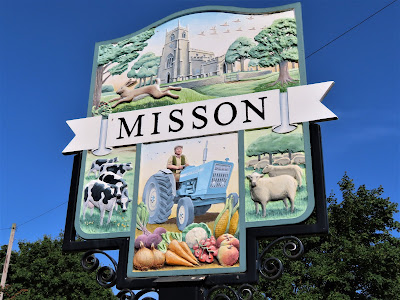 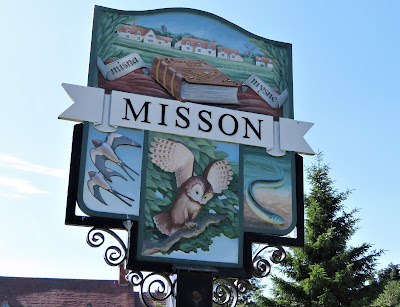 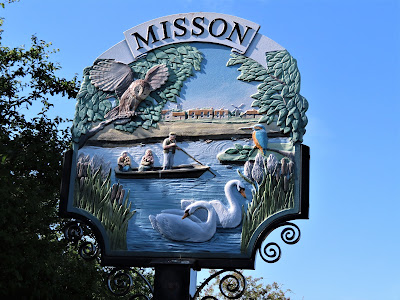 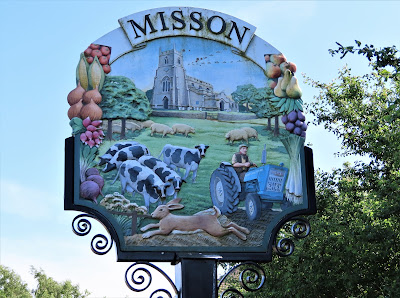 There is a magnificent church. Thankfully the sun was in the right place for a couple of nice shots. 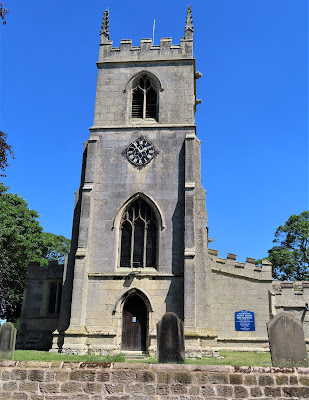 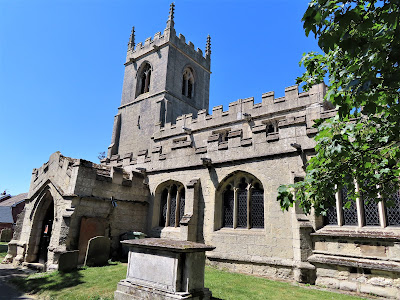 The village has an assortment of medium to large houses, with some immaculate gardens. I like to peep over the wall, being the nosy person that I am. I had to stop and compliment a couple who were working in their garden, it was stunning. A tapestry of different shades of green with splashes of colourful flowers dotted around. They suggested a walk I could do along the river.
It was the little touches of decorations that make this village pretty. These summer wreaths had plastic foliage, and hand made crochet flowers. 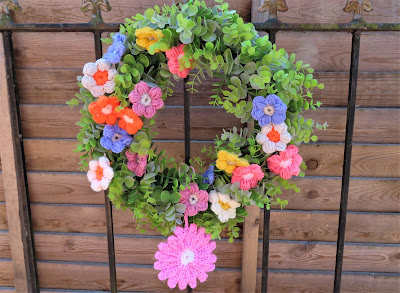 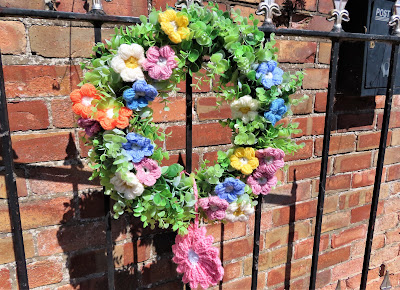 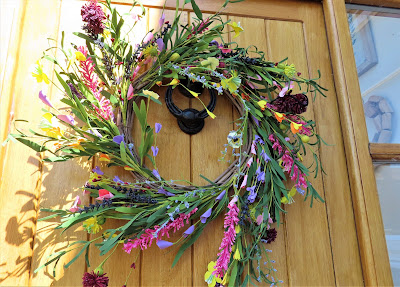 They were right, the river walk was lovely. It was so hot, a nice place to sit under the tree. 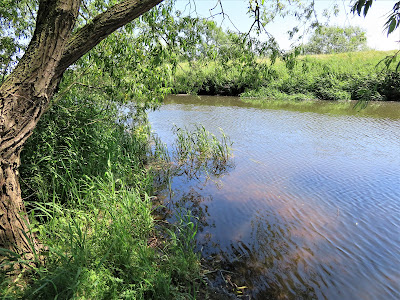 I was walking along a road away from the village when a quad bike appeared and went down a track into a field. I heard loud bellowing coming from the other side if the hedge. I stood in the gateway and watched what happened. The farm worker walked to the middle of the field with a heavy bag of feed, to dump it into the trough. The young cows were following her. I zoomed in a bit and took a pic. That was fun to see. 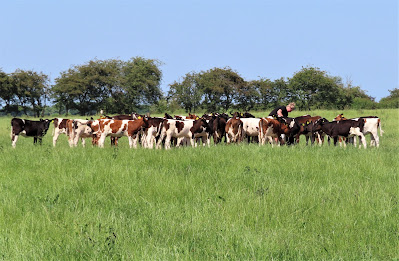 Next to it was a cemetery so I went in there to sit on a bench. I was sweltering and the bench was under a tree. The next thing I heard was more bellowing. The farm worker had entered another field behind the bench and was striding across to a trough to dump the feed. 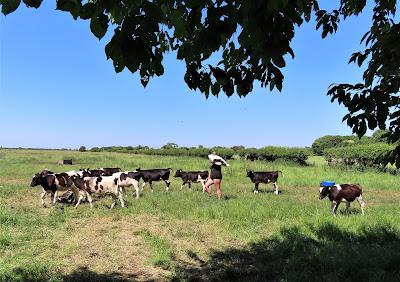 She came in and out three times and filled up the three troughs. 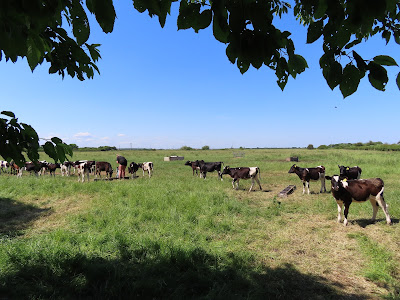 It didn't take them long to demolish the lot. Then they turned their attention to me, and came across to the fence behind the bench. 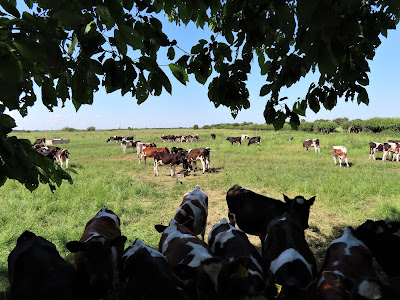 I had quite an audience. All curious to know what this person was doing. I chatted for a few minutes. They moo'd and I told them how lovely they are. 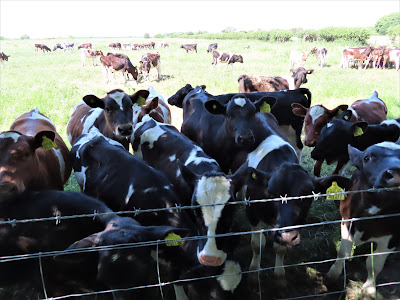 The walk was only five miles, but it was so hot I ambled along, no rush to get anywhere. My legs are not as white as they used to be, the sun has coloured them up a bit.

We had rain overnight here, that has saved me the job of watering the garden. Mushrooms on toast for breakfast, they needed eating. Now I am sewing. Thanks for popping in. Toodle pip.   ilona