A big big lorry was heading down my street this morning. I went out to see if I could help, there was no way the driver could turn that around in the dead end at the bottom. He realised when he was half way down and started backing out.
He then went down another road, it is also quite narrow down there, and a minute later he was backing out of there as well. They are tarmacking some of the roads nearby and he needed to unload the machines. Two have already been unloaded when I took the first picture. 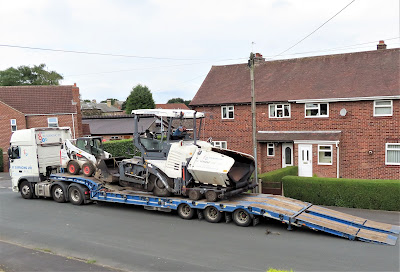 Next he unloaded the big one. 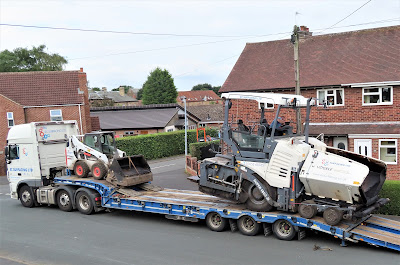 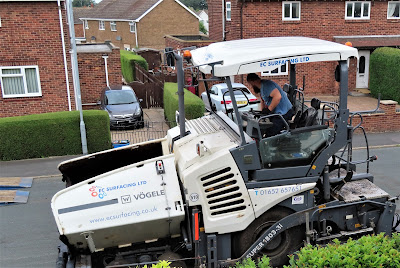 Then he went back for the fourth and last one. 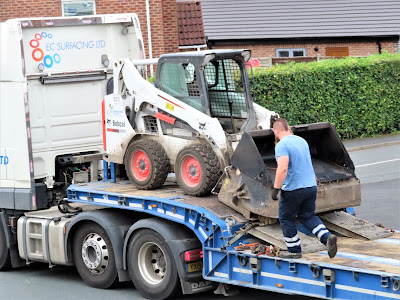 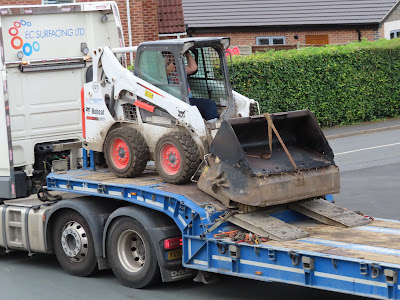 And drive it off the lorry. 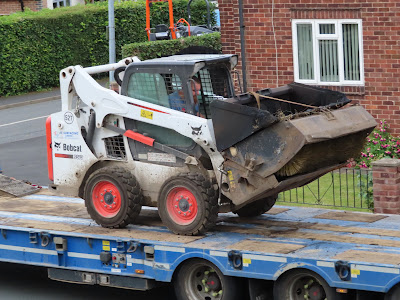 When he had finished he drove away. Two hours later the gang arrived with more equipment and three loads of wet tarmac. I quite enjoyed all the activity. Something interesting to watch from my window. I miss trucking sometimes. 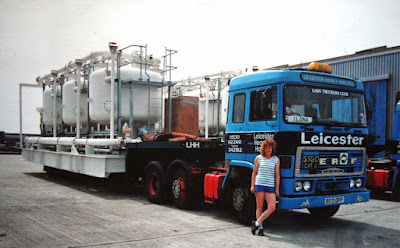 Thanks for popping in. We'll catch up soon. Toodle pip.   ilona
Posted by Meanqueen at 19:45

Email ThisBlogThis!Share to TwitterShare to FacebookShare to Pinterest
Labels: remembering