New boots and a new area to explore

Go Outdoors, the big camping and outdoor leisure shop is on the other side of town. I don't go over there very often. Today I decided to buy a new pair of boots. To make it worthwhile going I had a look in Halfords but didn't find what I wanted. I also passed the Arts Centre so popped in to pick up an application form for the Open Exhibition in January.
There are some big shops at Lakeside Shopping Centre but I didn't need to go in any of them. I had picked up the cat food last night at Skippingdale so don't need any more. Fully stocked up for eight weeks now.
I decided to go for a walk around the lake. I used to come here years ago with my then boyfriend, he used to jet ski. I walked his dog while he whizzed about on the water. I thought about having a go myself but that would have been daft, being as I can't swim. This first picture is where he launched from. 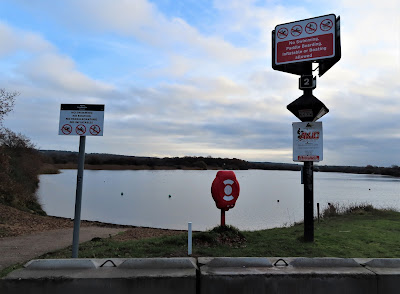 There wasn't any laid out paths back then, it was all a bit rough and overgrown. Looks more organised now. 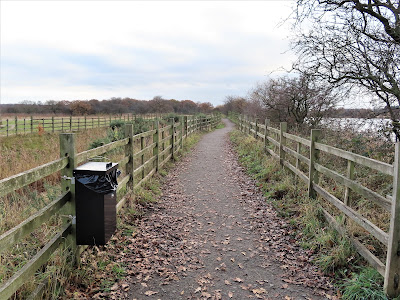 The lake is just across the busy main A18 road from the Steelworks. There's no getting away from the constant humming of the traffic. 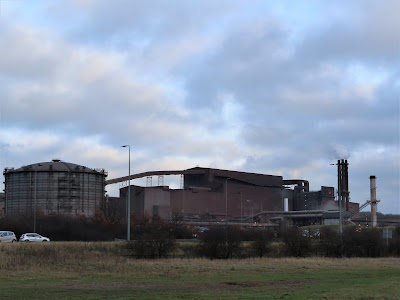 I came across a man sat in his parked car, the path is wide enough to drive down. He was surrounded by a dozen or more squirrels. I was surprised to see so many, so I had to ask him why they had all gathered around him. The story is that he is the water bailiff  for the area. He comes every day to check on things, stays two hours and brings seeds and nuts for the squirrels. He says he is there at the same time, and they are ready for him. His wife makes him a pack up to eat while he is there. What a lovely story. 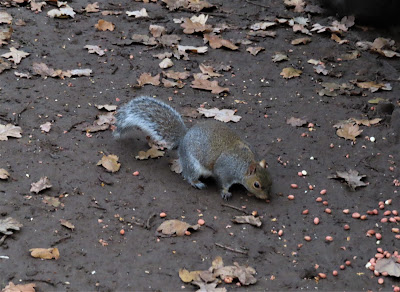 I walked so far around and got a bit confused when the path split into two. Luckily another walker came by and I asked her which way to go. My old map doesn't have all these new paths on it. 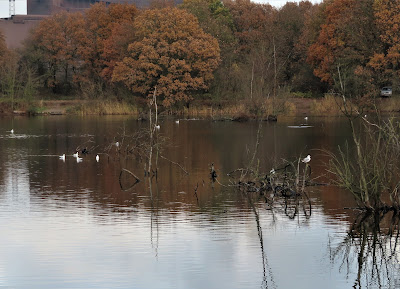 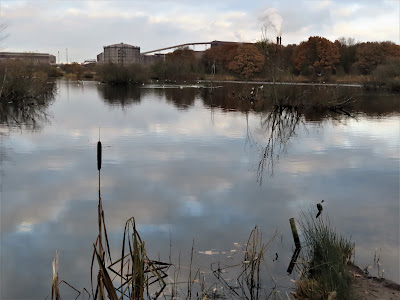 There is a newish housing estate nearby, When I got closer to it I met several dog walkers. One chap had three retrievers, they were going ballistic running about. They each had a harness on and were colour coded. Pink, green, and yellow. I thought that was funny.

There are sections around the edge which are like sandy beaches. I bet the kids come in the summer and build sand castles. 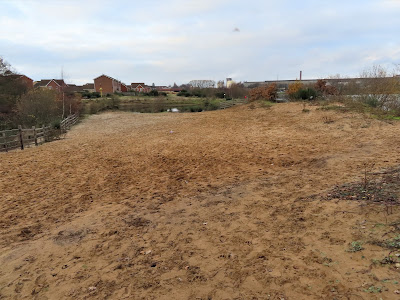 I got home just after 3pm. My new boots. Exactly the same as my last two pairs. They are a perfect fit and won't need any breaking in. The price was £117. Aren't they lovely. I don't need to wear them just yet because the ones I am wearing now are good for another six months. 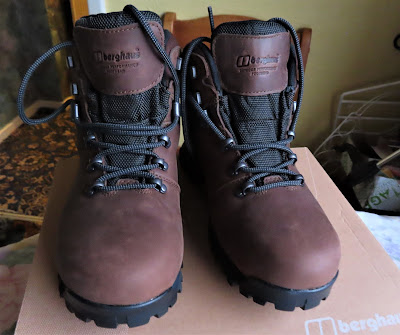 I bought this pan set. The oblong shape will fit better into the boxes when I am packing things for camping. 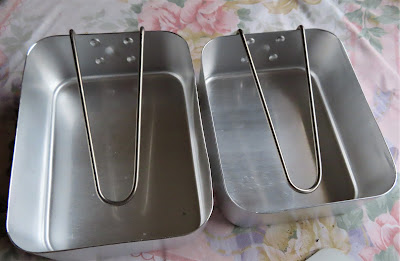 And a dinky little kettle. Got everything I want for camping now, just need some longer days. 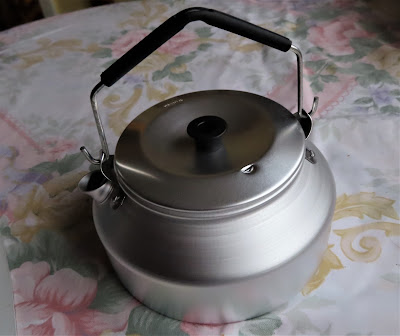 All in all, a good day. I needed to get away from the computer. Thanks for popping in. We'll catch up soon.   Toodle pip.
Posted by Meanqueen at 19:17