I'm getting excited about my birthday already, and it's still ten weeks away. I am trying not to wish my life away, but I'm going to have a whole lot of fun. The room is booked for the party, the disco is booked, and my friend is going to help me prepare the buffet. 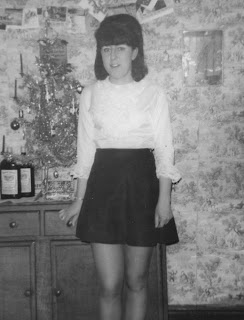 I was a teenager in the sixties, and I say we had the best music ever, so the DJ has had strict instructions to play mainly sixties with a little bit of late fifties. I love rock and roll, the mersey sounds, the mods and rockers, and flower power. These songs stand the test of time, not like the music today's teenagers listen to, here today and gone tomorrow. Oh dear, I sound like my grandmother. Our pop music had words you could sing along to, and music with a melody that was embedded in your brain forever. I went to a sixties outdoor concert a couple of years ago, some of the original groups were playing. I got my place right at the front and sang along with all the songs, the words are all still in there.


I've started to give out my invitations, I managed to get some lovely cards from Woolies just before they closed, 20 cards for 10p, amazing luck that I found them. I love surprising people with an invite. Inside I have put a little note saying that as I have a simple life and have everything I need, and material posessions are not important, could I ask that they don't bring me a gift, but if they would like to bring a small donation in an envelope I will send it to an animal charity. I think that's better than people giving me something I don't really need which will end up in a drawer. I know they mean well, but I think the charity idea is better than asking for a bag of potatoes or a box of cereal, now that would be really usefull !
Daily spend - £16.50 cat food. £1.80 charity shop.
£4.49 Sainsbury's
Posted by Meanqueen at 20:23