I picked up a few leaflets from the library the other day, to help me plan my days out, I study them on my dining room table over breakfast. I am thinking I need to travel a bit further afield. The leaflet for the North Yorkshire Moors Railway looks interesting, so after making my packup I drove to Pickering, arriving at 11.45am. I checked the timetable and saw there was a train leaving at noon, so I quickly legged it to the station from my free parking place in the street on the edge of the town. Just made it with a minute to spare and plonked myself down opposite a middle aged couple and soon started a conversation. 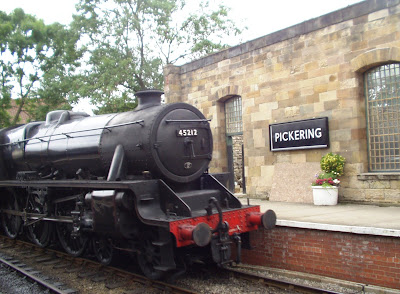 There are four stops before the train arrives at Whitby. I decided I didn't want to go that far because I wanted to get some time walking as well, so I got off at Grosmont, the last stop before the end. This is Grosmont.... it's a silent 's' by the way. 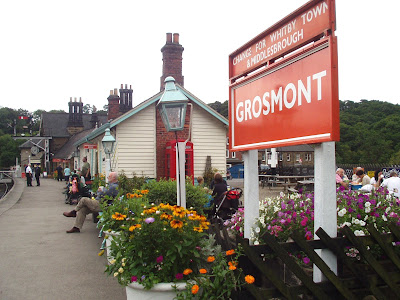 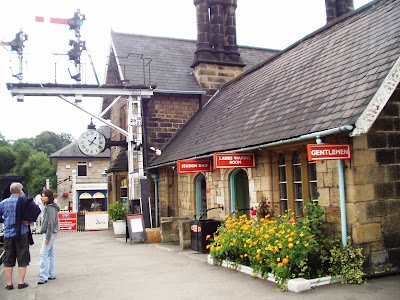 I noticed that they were moving the engine on the front and went to have a closer look to get a better shot, isn't it lovely, so exciting. 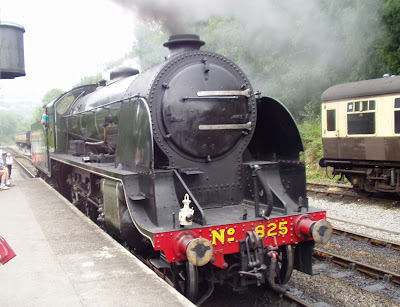 Then I had a look around the engine sheds, and treated myself to an ice cream, before I set off walking back to Goathland, the station before this one, it's just under four miles. The path follows the old railway line and runs alongside the river and the new track. Parts of it were very steep, at one point I could hear the chug chugging of the train but couldn't see it because I was deep in the woods, very frustrating. There are still remnants of an old bridge, big stone pillars in the middle of the river where the rail track was wider than the pathway. The water running over the rocks in the river was a great attraction for the children scrambling over them. This is a place called Mallyan Spout. 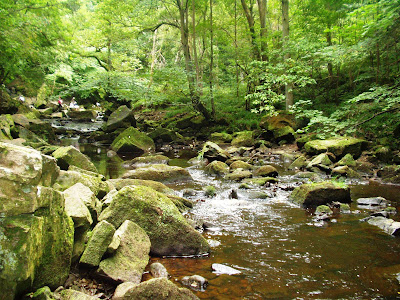 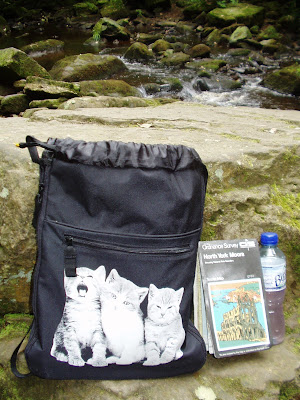 I arrived at Goathland by the side of a big hotel opposite the church and sat on a bench for a bite to eat. The sheep are not penned in and are left to wander all over the road. Goathland is where they film Heartbeat, which is called Aidensfield in the series. It is very touristy and commercialised, it's a shame the shop fronts had awful special offer, and bargains stickers all over the windows. 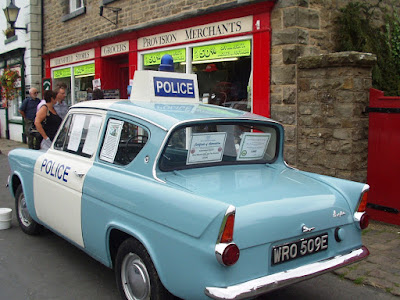 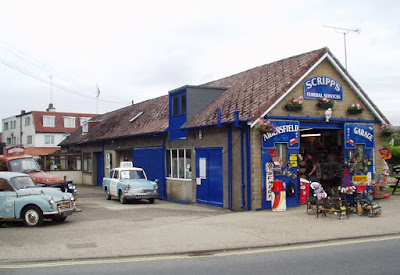 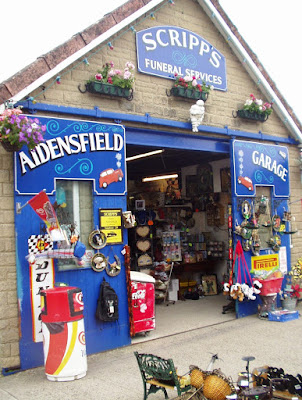 This is the train approaching the station that I caught back to Pickering. 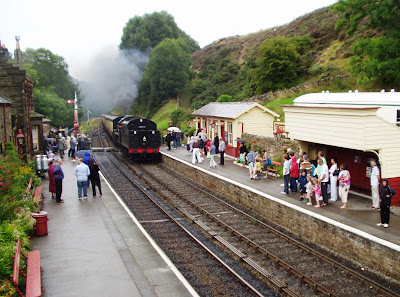 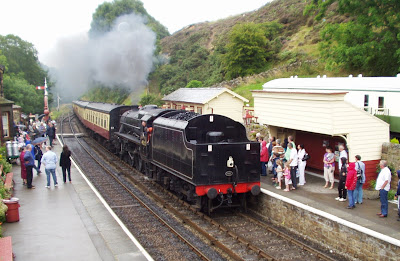 I arrived back at 6pm, had a look round the town, the church, and the castle. There isn't a lot left of the castle, mainly just ruins, there is a path that you can walk around the perimeter. On the way home I called in to see my friends Alan and Janet with the cattery and had a coffee and catchup with them. A fantastic day out on the North Yorkshire Moors Railway.
Posted by Meanqueen at 13:23