Here we are then, canvas bag number four, for the Arts Centre. I mentioned that I had fur on my mind, I thought it would be fun to use something in complete contrast to the canvas. I like contrasts, something you don't expect, I like to play around with mixing things up.

It needed something to brighten it up a bit. I played around with different shapes, but went for the heart when I found that the shiny buttons, which I got from a charity shop, contrasted nicely with the dark brown fur fabric and also defined the heart shape. Again a complete dissection of the bag before I started. The finished article......... 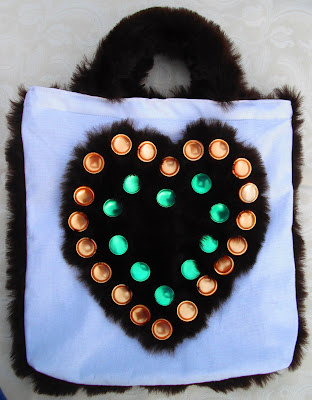 Then I thought about the back, it would be a bit unbalanced if I left it blank, so my first idea was to cover the whole of the back. I thought it would look like a cushion, so why not cut the heart shape out of it. 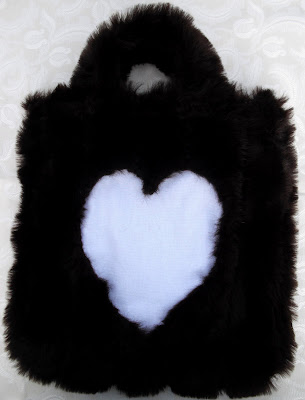 I had to sew a lot of it by hand, as it was too bulky to get under the machine. 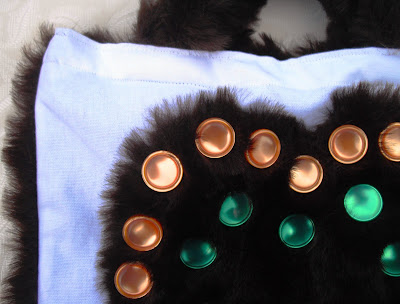 I put a plain black cotton lining in it, made from the bedsheet I bought for £1 from the charity shop. And as you can see I did manage to force the bulk under the foot and do two rows of machining round the top, securing the handles between the layers. The picture below is the best indication of the colour of the dark brown fur, in the other pictures it looks a bit black. 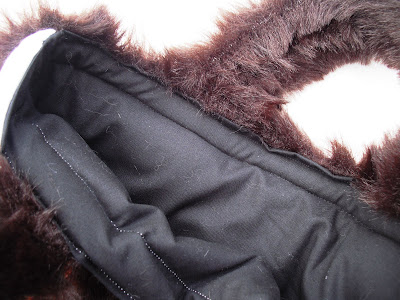 I did the heart first, sewed the buttons on and hemmed the edge before I put it on the bag. The fur was quite difficult to work with, never knowing the exact spot where I was pushing the needle through. 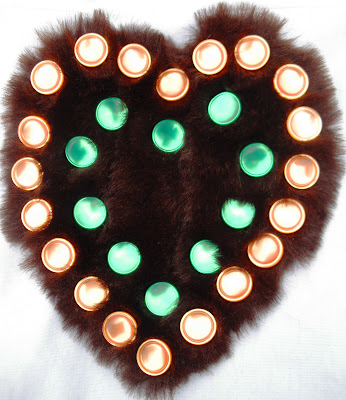 But it came together in the end.
I think out of the four I like the last one with the crochet and the aluminium cans best, but they are all nice.
Just added this pic of all three in the display case, pity the other one is not there. 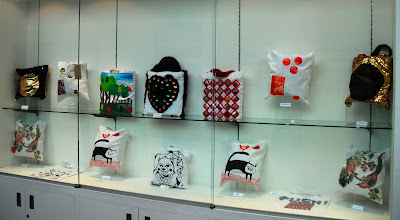