Something spooky happened this morning. I was out walking Henry, we had gone down a path which goes to the new cemetery, then past the allotments, and then down the side of a field. He was off his lead having a sniff about, and I ambled on thinking he would catch me up. As I reached the allotments I turned round to see if he was coming, but he was a long way behind me. No amount of calling would persuade him to come to me. Another act of defiance I thought, Henry will do exactly what Henry wants to do. 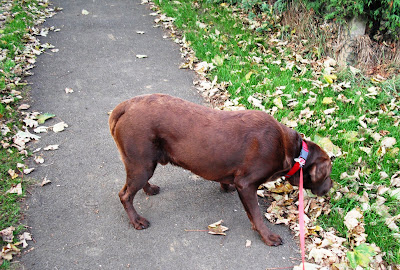 I walked back to him and he was acting kind of strange, so I put his lead on in case he took off. It was like he got the scent of something and his brain was in search mode. He kept looking up as if something was about to appear, then nose down again to search through the undergrowth. 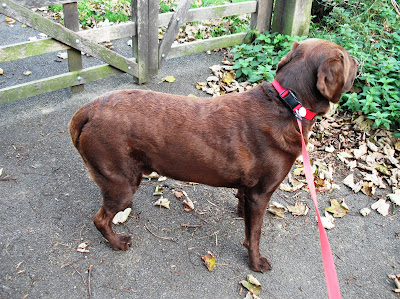 Then I noticed his tail was fixed firmly between his legs. I have never seen him do that before as it is generally wagging with excitement. Very strange. He didn't want to leave the gate of the cemetery, no matter how I tried to coax him to carry on the walk. So I joined him in his search by moving the nettles with my foot, Maybe there was a hedgehog hiding, or some other small furry animal. 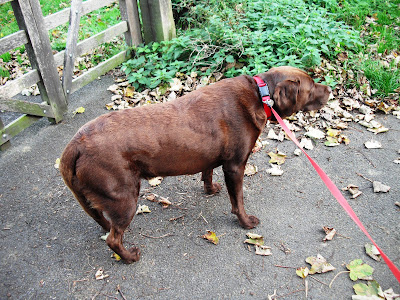 I encouraged him to keep looking, by telling him to 'find it', whatever 'it' was. After about ten minutes his tail raised slightly, and he seemed like he was coming back to normal, then he wanted to carry on walking. He didn't want to go any further down the path though, he wanted to go back. That was most unusual as he always wants to go right to the end.

I wonder what spooked him. Only one burial plot been taken, as it is a very new cemetery. I wonder if dogs can see things that we can't see, maybe it was the spirit of the deceased person. I think I will take him that way tomorrow to see if he does it again, but maybe the spirit will have moved on by then. Spooky.
Posted by Meanqueen at 19:25

Email ThisBlogThis!Share to TwitterShare to FacebookShare to Pinterest
Labels: dogs