What did I do today?

First of all I made this dog collar out of a belt. Can't remember where I got it, car boot sale I think. Alfie has lost his collar so I told Paul not to buy one, I would make him one. Cut it down to size, remove and re attach one end of the plastic clasp, and find a steel 'D' ring to put on before stitching the end up. A tip to stop the end fraying, waft it over a gas flame for a second. 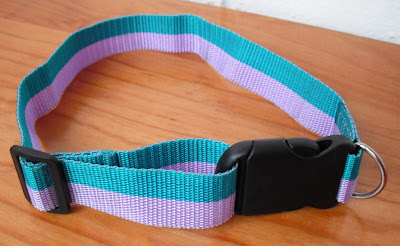 Then go round to see the boys and try it on. Perfect, Alfie loves it. Now I think Ollie is jealous and wants one as well :o) I told Paul I might have enough strap left over to make a matching lead, but he wasn't too keen. Maybe a bit too pretty pretty for his macho image, ha ha. Paul gave me a big bag of spinach he didn't want, a fair swap I thought. 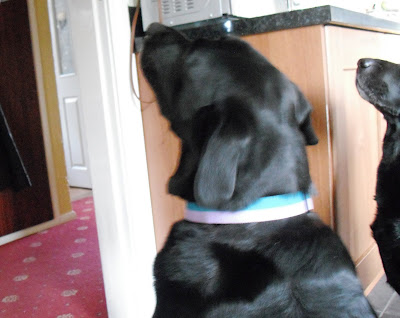 Next I went to town. Paid a bill at the bank and took out a bit of cash. I got my boots back from the cobblers, he has made a fantastic job of the heels. Cost £12, and hopefully many more miles will be walked in them. I love my boots, felt a little bit bereft while they were away for repairs :o( 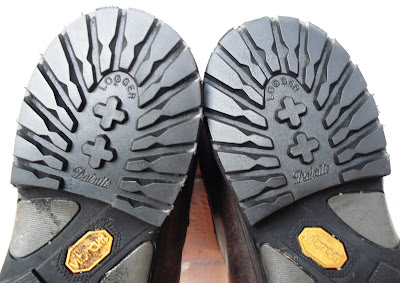 I called in at the pet stall in the market, running low on Whiskas dry cat food, I will only buy it if it's a good price or on special offer. Won't pay full price for it. Luckily they have some big bags in for £3.99, so I got three bags. That has saved a traipse up to Pets at Home at the other end of town.

While I was there, I got a box of Bakers meaty chunks for the dogs in my life. This is nearly £3 a box in the supermarkets which I would never pay, it's £2.09 in B & M discount store. The market has some in for £1.50 a box, brilliant.

I have got Jessie blind dog for a few days, while her owner is at her daughters wedding in Greece. So I got her some of those pigs skin things. They are revolting, makes me feel sick, but she likes them. 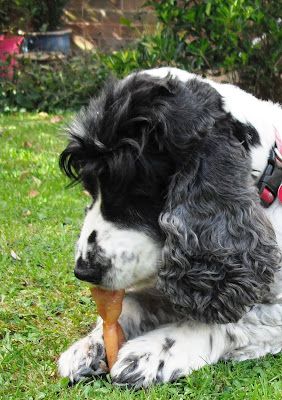 It's lovely and sunny in the garden, a complete contrast from yesterday when it was a howling gale. Cats out enjoying it. Bugsy in his favourite spot. 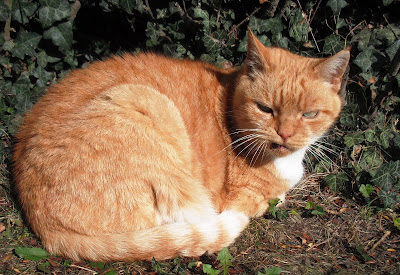 Lily won't stay still while I take her photo. 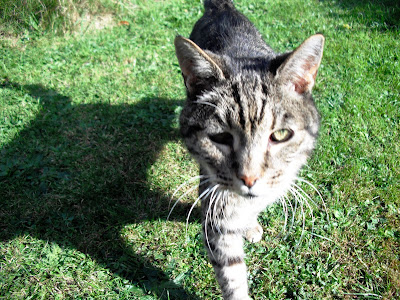 And Mayze has gone AWOL. It's so funny to watch the cat's reaction to Jessie, they cant understand why she takes no notice of them at all. She bimbles about, sometimes walking straight into them. I think they might have an inkling that she doesn't know they are there. Mayze usually gets chased by Henry or Lady, but she is beginning to realise that this dog will not chase her. Mayze eyes her up with suspicion.
Got to go, Jess wants to go out.
Posted by Meanqueen at 13:51