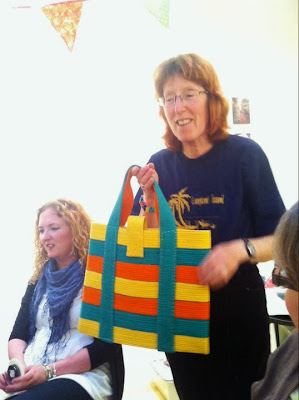 More recycling ideas at a men's group. I talked about the walking as well, as I thought they might get a bit bored with the crafting. I had previously done a trucking talk for them and they invited me back. A meal was thrown in here as well. Again wearing second hand clothes. 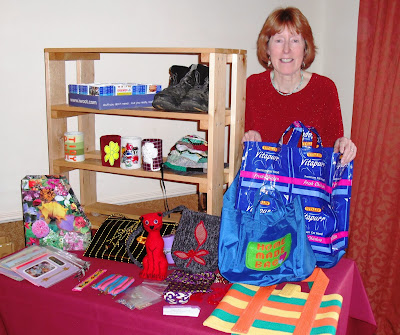 I did a ladies group in a posh hotel for this one. Wearing my dress which is 25 years old, second hand boots, and home made accessories. And they fed me. My posh frock comes out now and again, I will be keeping that till I die. 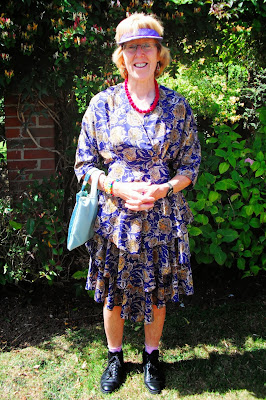 I've picked a clip out from a video that someone made of the Lady Truckers. It starts with a few seconds of Linda, my friend in Ellesmere Port, then they overlap my voice towards the end of her bit and the start of me. Sorry about the poor quality. Film made in the 1980's.

So there you are. Hope you found that interesting. If anyone wants to ask any questions please feel free, about any topic as long as it's not politics or religion. I will answer you, but if you offend me I will delete you.
Chuffin heck, the sun has come out. Toodle pip.

Email ThisBlogThis!Share to TwitterShare to FacebookShare to Pinterest
Labels: reflections on life, talking to groups