Hello. Thank you all for your interesting replies to yesterdays post. I enjoyed reading about where you live.
Someone asked what I was going to make out of my practice pieces, well today I have made a needle case. I had a piece of orange felt which I have used for the inside, and between the two layers I have put some window blind fabric, to stiffen it. I did a running stitch around the outside edge to hold it together. Inside I added a piece of white felt to hold the needles. Not bad for a first attempt. It's not perfect but it doesn't have to be, it's home made, and it does the job. I needed one, and it's for me to keep :o) 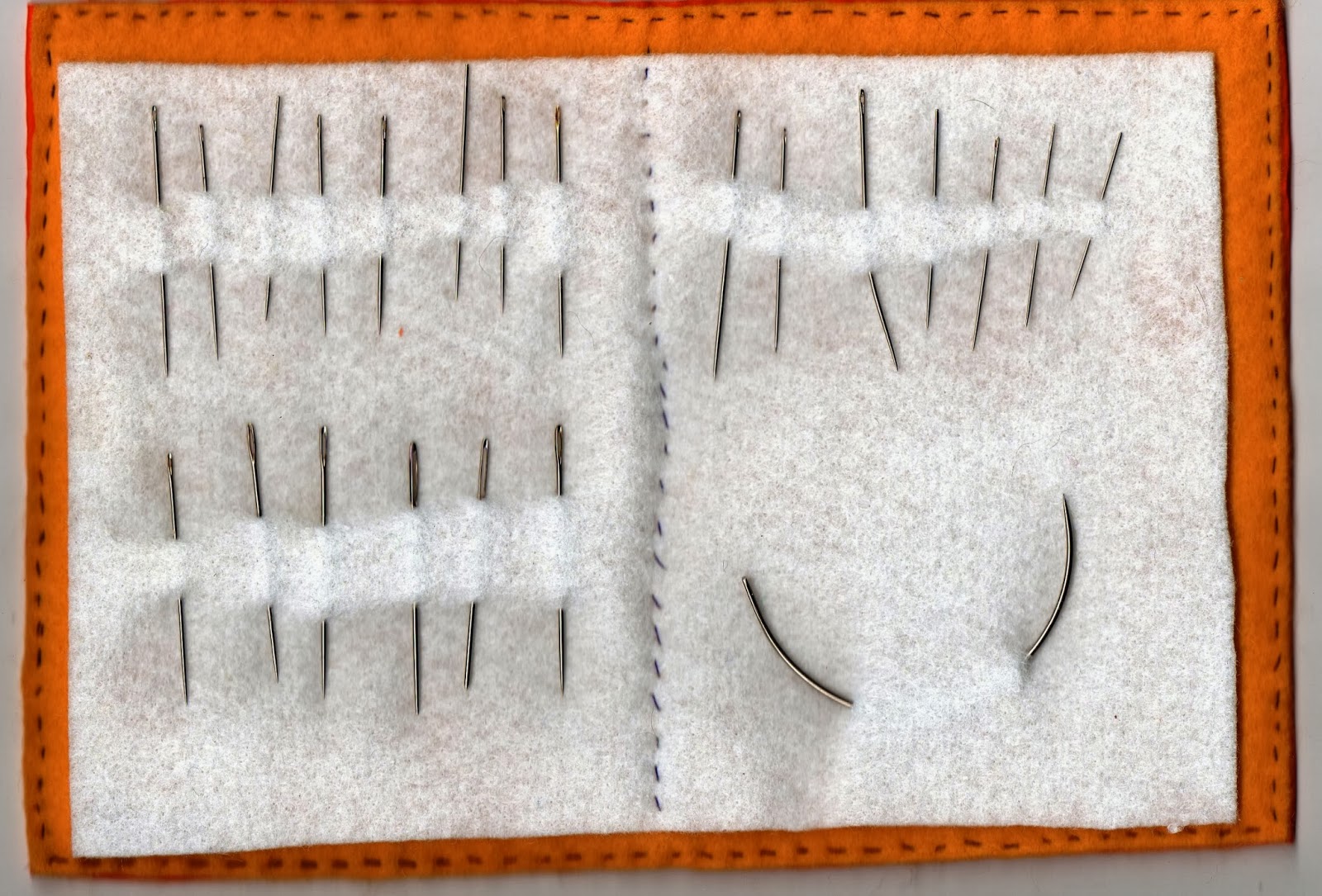 This is my old needle case, I have had it since I first started sewing at maybe 10 or 11 years old. The inside is falling to bits, it's a shame to throw it away, so I am going to give it a new innards. I will keep it. I've had my final gas bill through from British Gas, and surprise surprise, they owe me money. I'm still waiting for the last electricity bill, and I suspect that will be the same, because the previous bills they over estimated, then I sent in the final readings which were less than they guessed. When I get the bill I will be ringing up to ask for my money back. Ebico are my suppliers now.

I've just been watching a programme on BBC about two identical twin brothers, both doctors. One went on a fat only diet for a month, and the other a sugar only diet. They went through all sorts of tests, some of them I didn't quite understand. I also got confused about which brother was which, they should have worn name badges which would have made it easier to identify them. Anyway, it seems that both of them lost a bit of weight. The conclusion was, it's not fat on it's own which is bad for you, and not sugar on it's own either. You wouldn't eat spoonfuls of sugar, or pints of cream, because your brain is programmed to tell your body when you have had enough. It's the combination of both which is  bad for you, because any food which has fat and sugar in it tastes nice and you are tempted to eat more of it. Your brain doesn't know when to stop stuffing the cakes and biscuits in your mouth, the messages are not sent, so you keep on eating. That explains why I can't just have one biscuit or one cake, it's best that I buy hardly any of them.

I was going to go shopping tonight, but I can't be bothered. It's two weeks since I last went to Tesco. I have enough food to last the weekend, and can eat out of the freezer and cupboard. I will leave the shopping until next week.
Toodle pip
Posted by Meanqueen at 20:08