A day out in Thirsk

Good morning. It's looking like it will be a beautiful day, predicted to be hot hot hot. This morning I was back on the 5k Parkrun, didn't break my record, but as long as I am around the 35 minute mark I'm happy with that. I think the heat affected a lot of people, I noticed a lot more walking than usual. There was a good turnout, we regularly get 250+ runners taking part. Everyone is so friendly, I made time to chat to a few people.
I've got some pics from my day out yesterday. I will split them into two posts, the second post being all the pics taken inside the church. They had a craft and art exhibition and it was really interesting. So, to start off, I met my sis and her hubby in the Wetherspoons pub, The Three Tuns. They arrived before me and had already sussed out where we were going to eat. They liked the look of The Golden Fleece, and it is recommended in The Good Food Pub Guide. Me and B I L about to step inside. I have a new sun visor, it's got half a union flag on the front. It was a 50p cap but I cut the middle out so I only have half the flag. 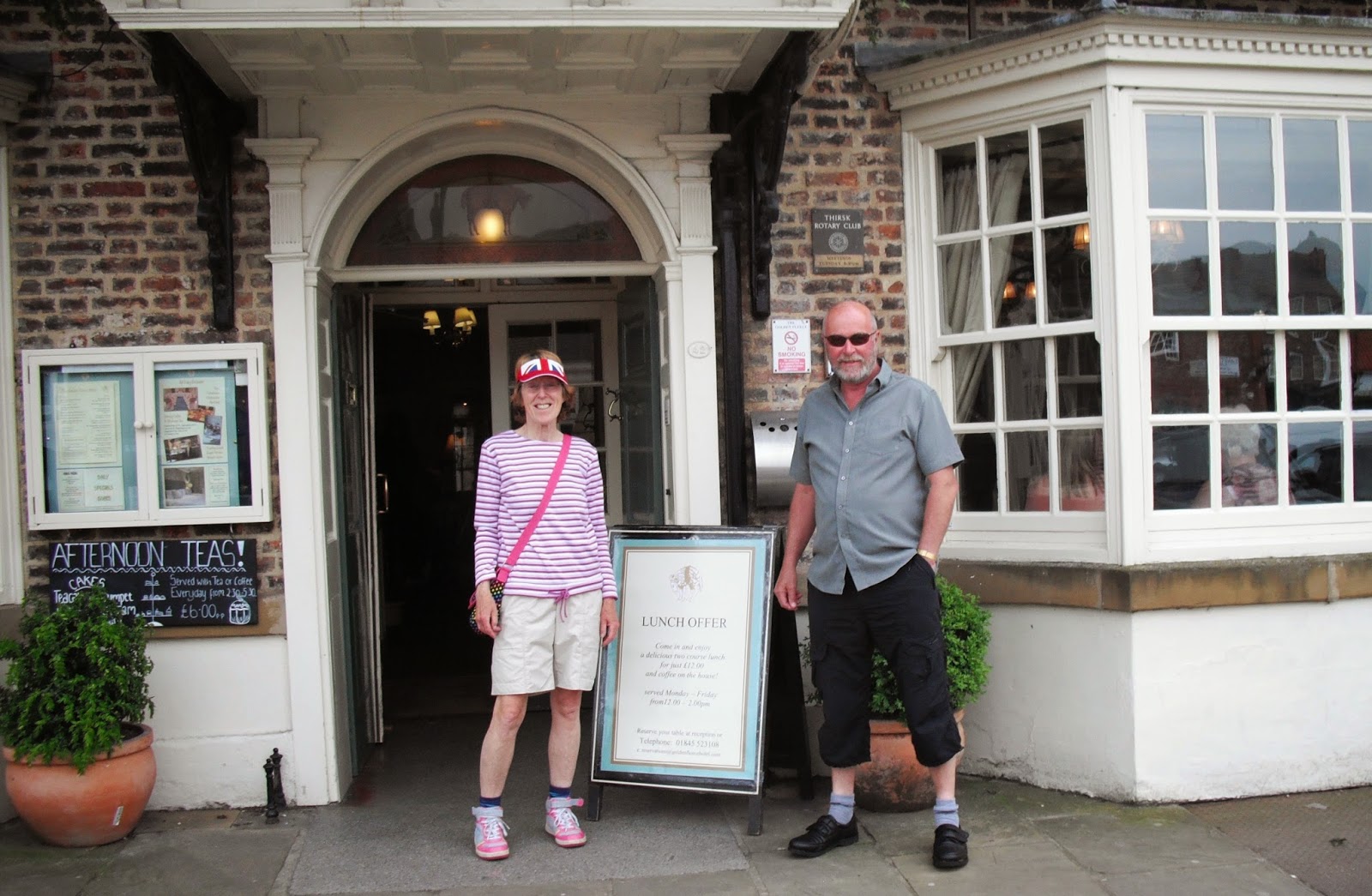 Before the food arrived we noticed that there were two separate parties of ladies in an adjoining room, celebrating birthdays. I couldn't resist going up to them and asking who's birthday it was. Also introducing myself and saying it was my birthday as well. Cheeky git that I am, ha ha. The first lady was older than myself, then when I went to the second table and announced that I was born on the 16th of May 1949, I was absolutely amazed that the lady who was celebrating said she was also born in 1949, exactly the same day. How fantastic was that, we are twins. Another lovely surprise.
Sis and B I L had the chicken, I had mushrooms and pasta with cheese. It had a fancy name but I can't remember what it was. It tasted absolutely delicious. The plate was piled high, I could only manage half of it as we had already had a prawn cocktail starter. 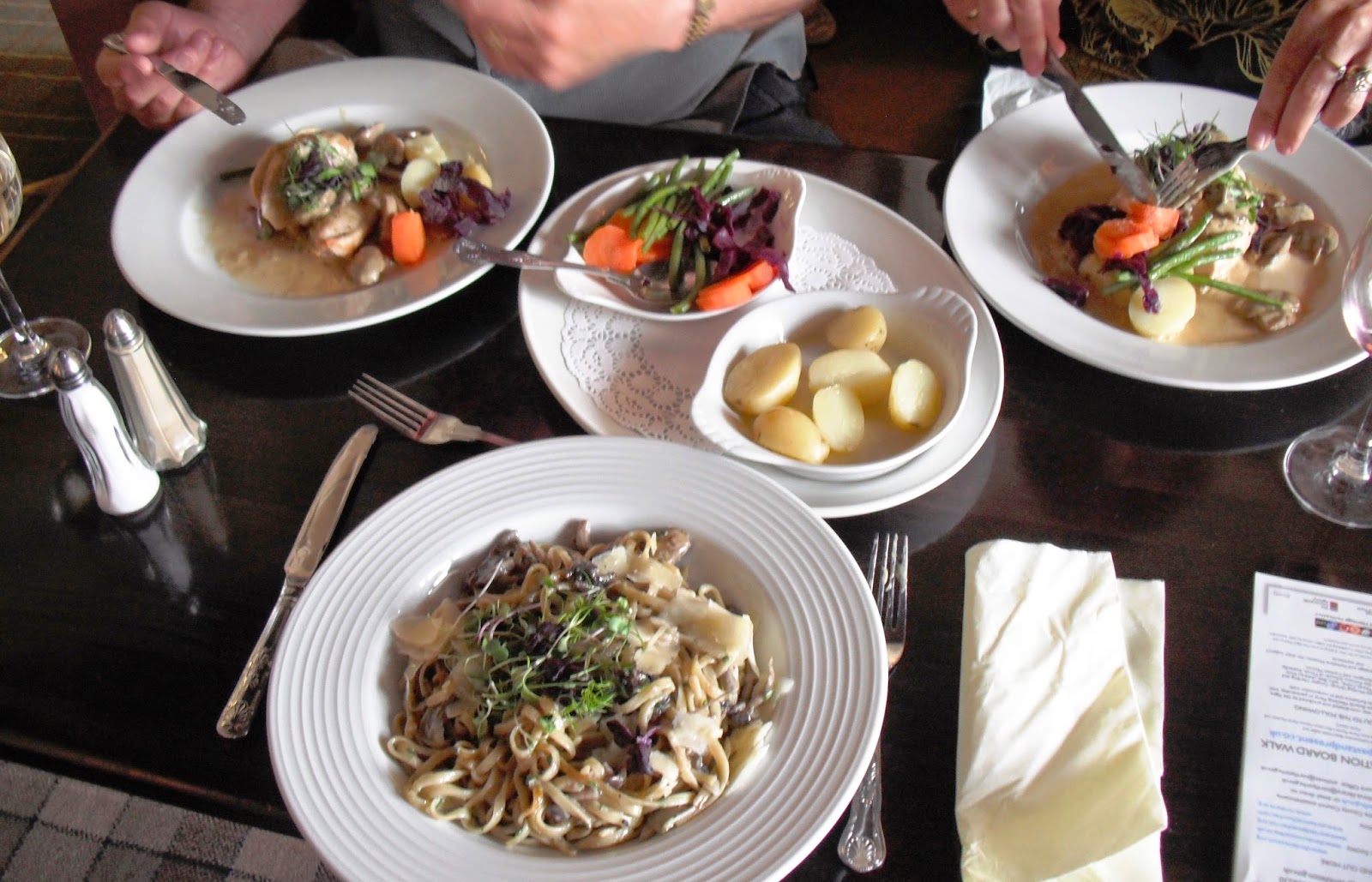 I asked the staff if I could take the remainder home as I hate to see food wasted. They produced a plastic tub, and I had to sign a disclaimer saying I was taking it off the premises. That's to cover them in case I later reheat it and get food poisoning. I am pleased to say I finished it off when I got home, and I am still alive :o)) 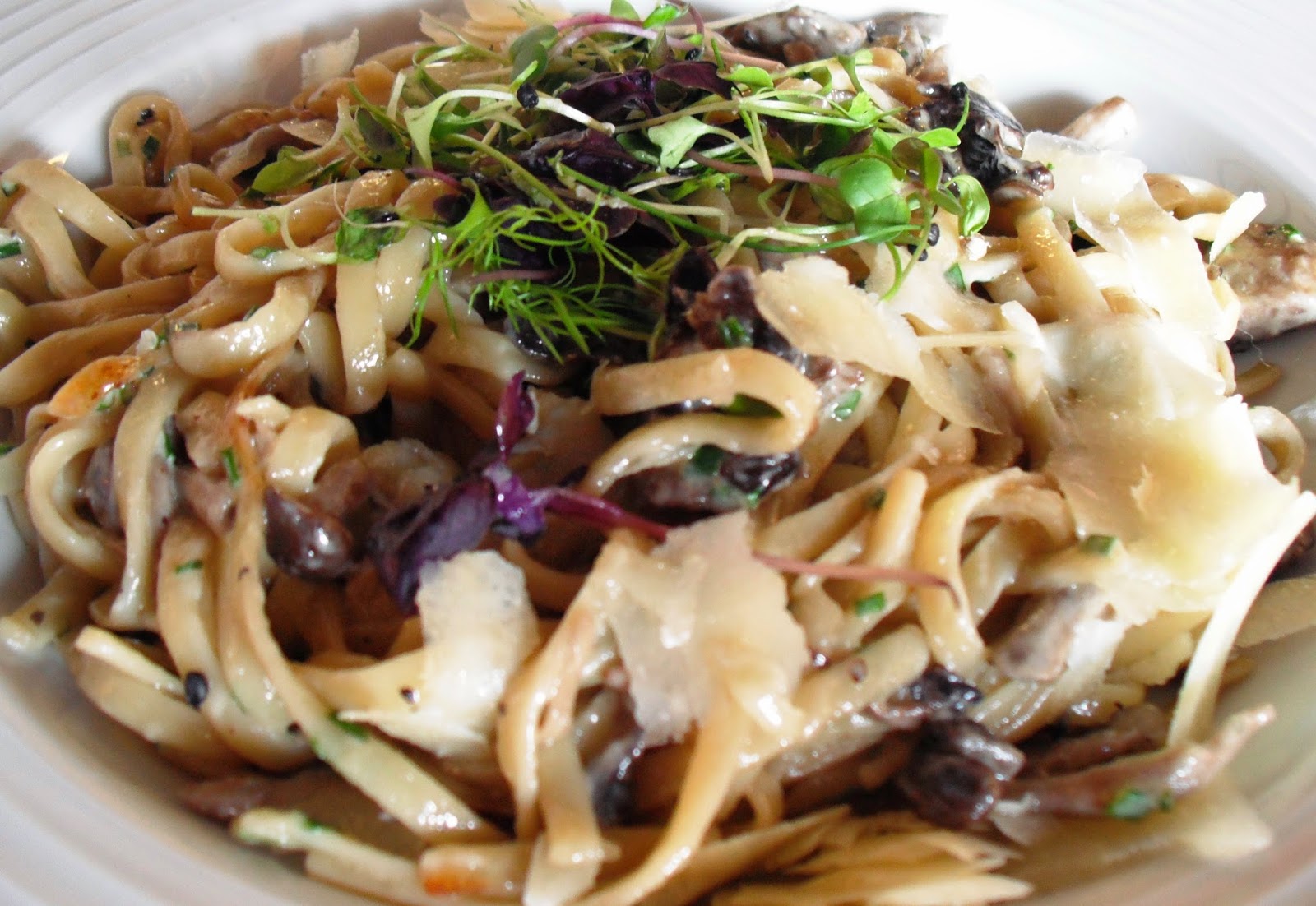 Me posing for a picture in the lounge of the Golden Fleece. 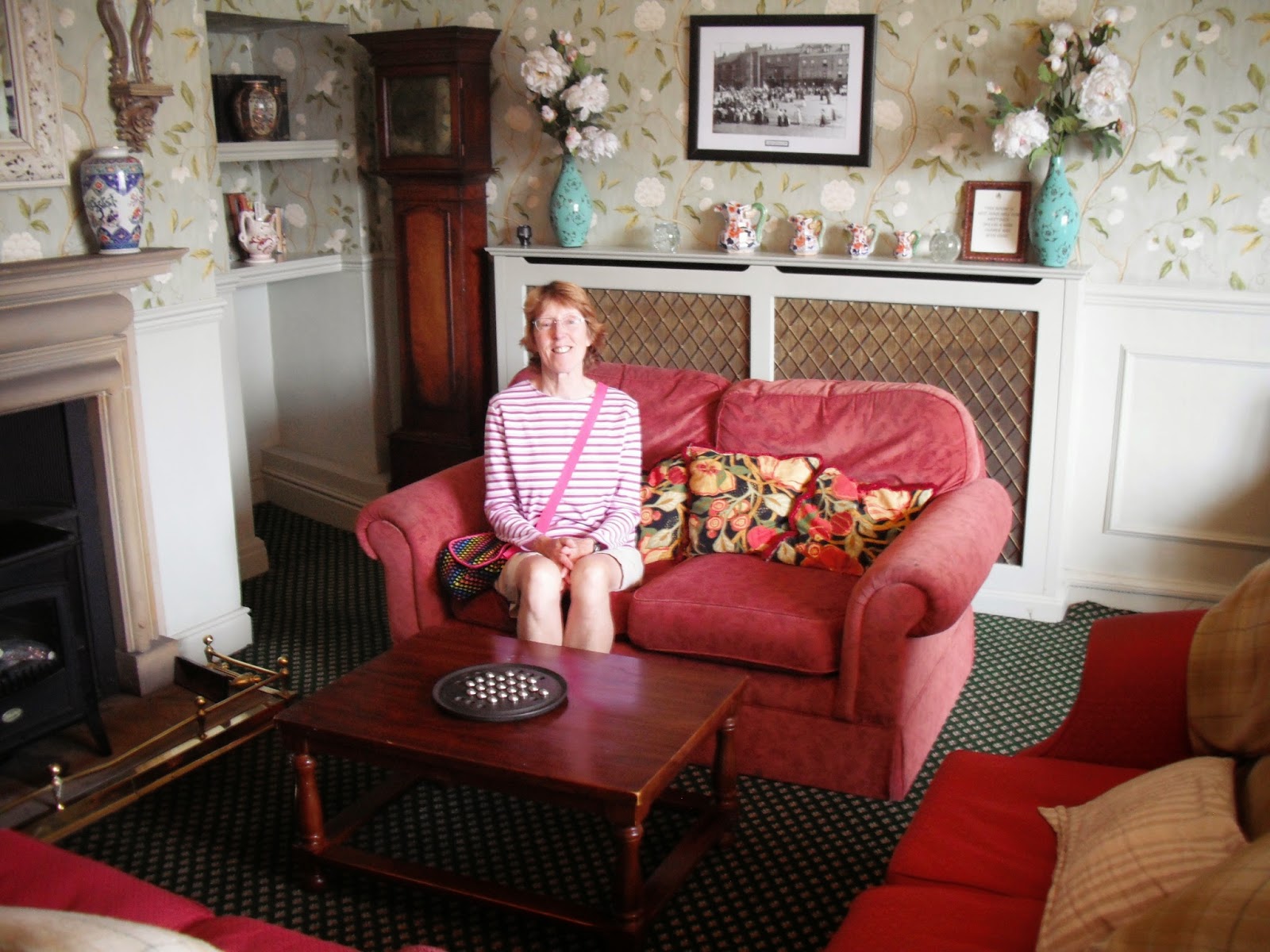 The clock tower in Thirsk Market Place. A lot of traffic goes through this town, which is a shame really. Parking is very reasonable if you want to stop to pick up a few bits of shopping. Free for one hour, 60p for two hours. The parking spaces are cobbled, and there are seating areas. We had an ice cream and sat and people watched, a favourite hobby of mine, ha ha. 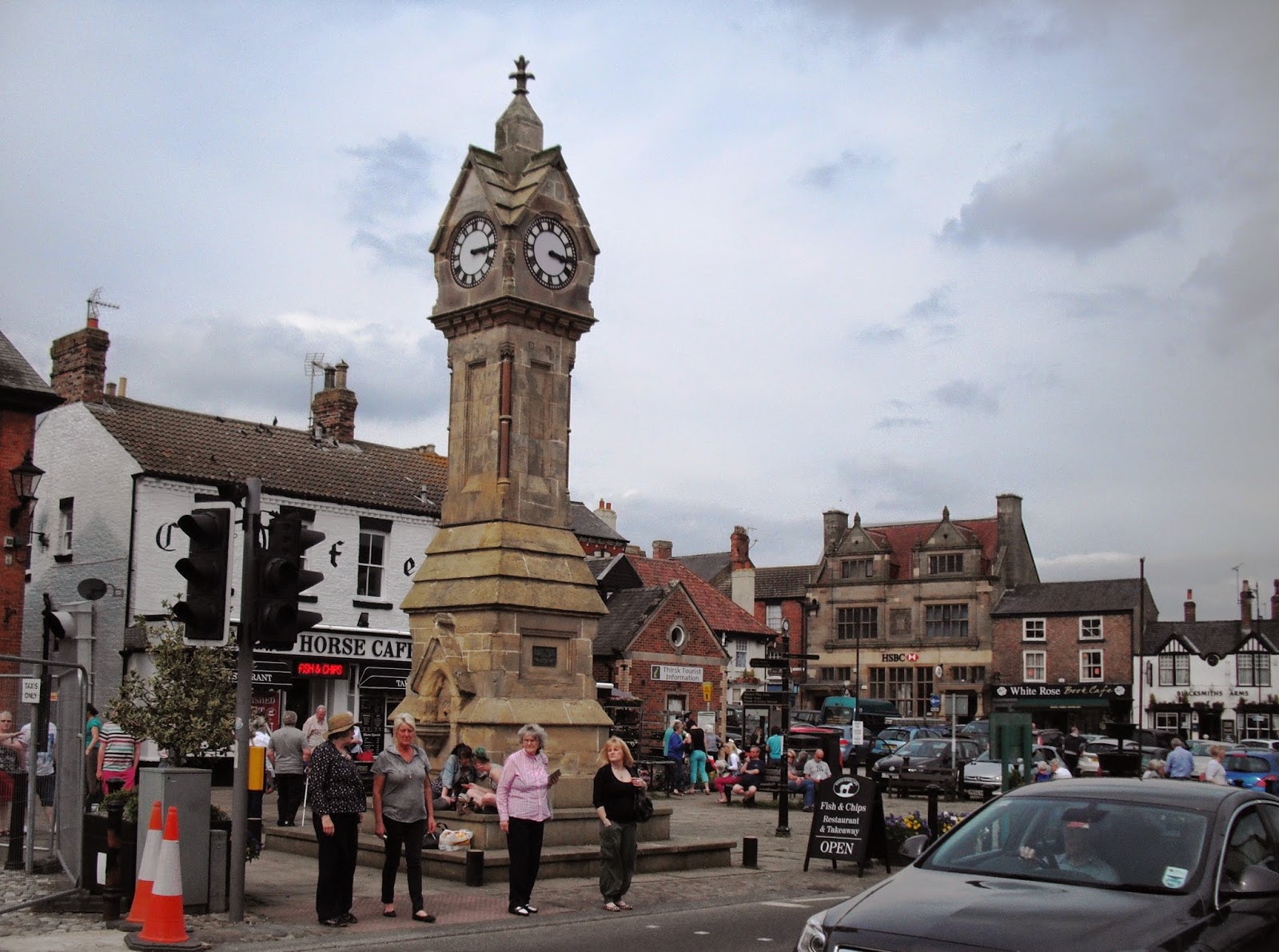 I spotted this dinky little old fashioned cinema, isn't it lovely. I had picked up a leaflet from Tourist Information, showing places of interest and suggested walks, so we did a little tour. We didn't go in the Herriot Museum because it cost £8.50 to go in, and no concession for pensioners. Someone told us about a small free museum in the same street, but by the time we had found it, it was closed. It was very small, like a terraced house, and hard to spot. 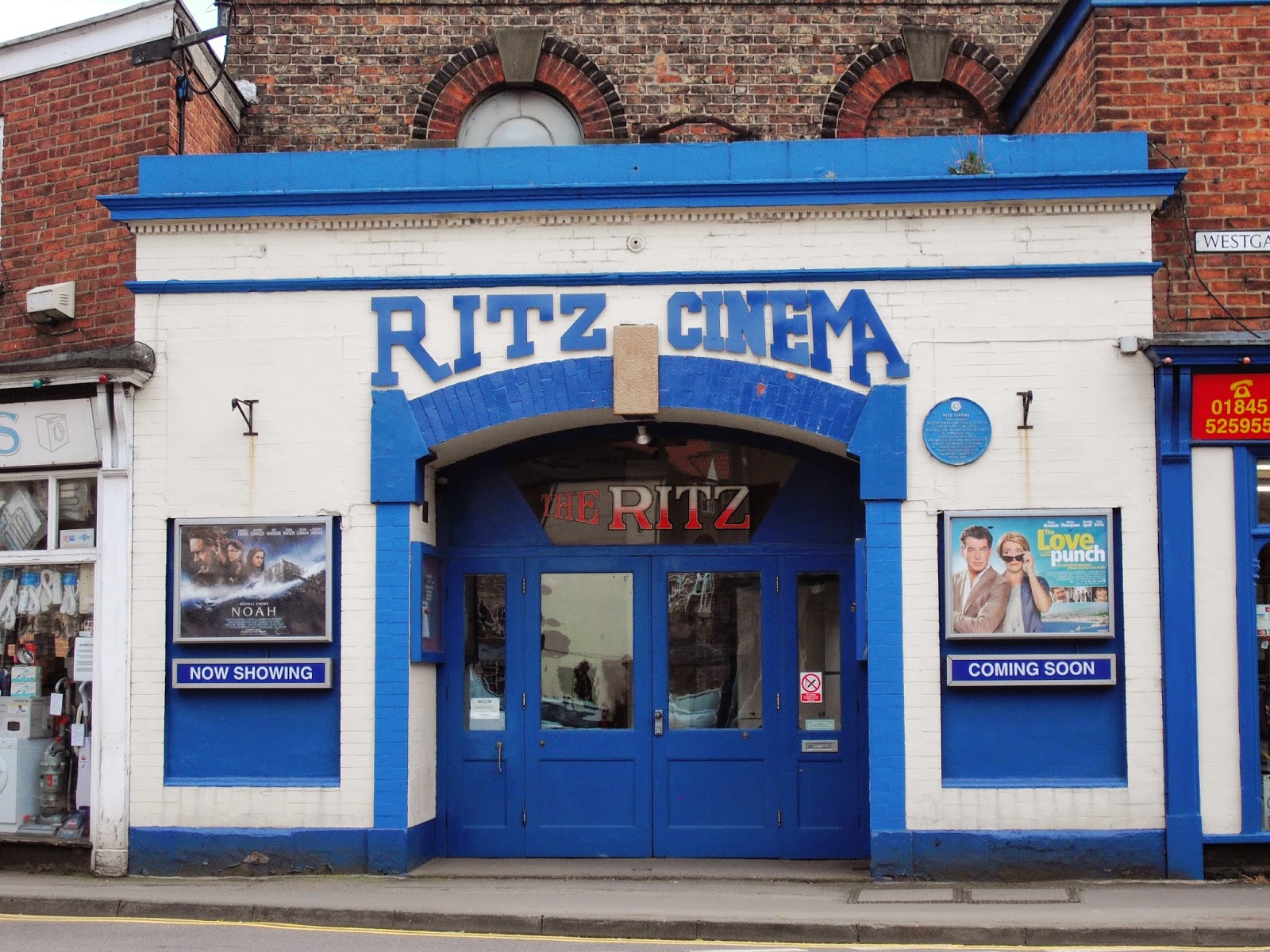 Look at this beautiful church. St Mary's occupies a prominent position and as soon as you see it from a distance you feel drawn towards it. There was an exhibition inside, I will post the photo's tomorrow. 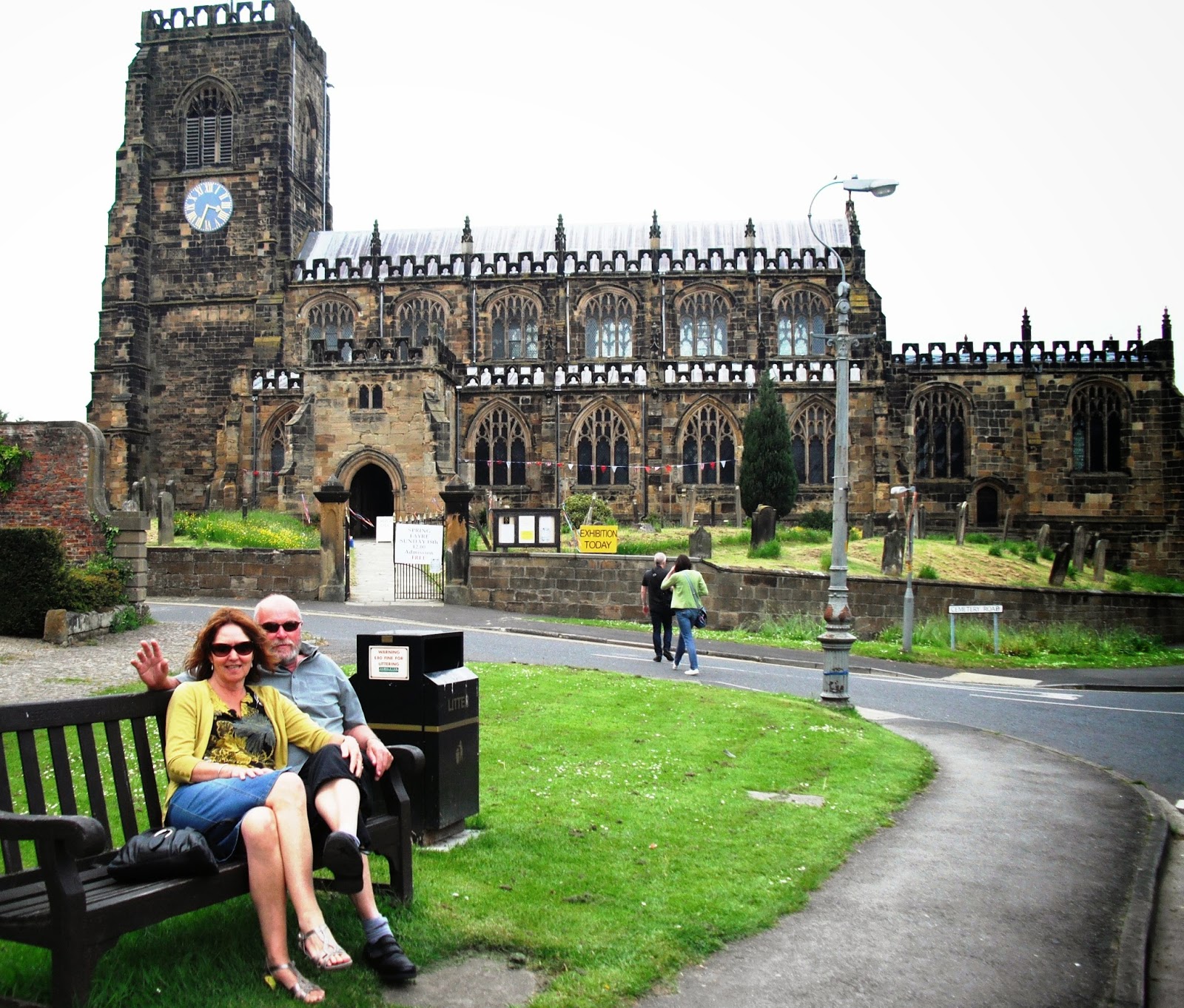 There are several bridges which cross Cod Beck, some are road bridges, then there are pedestrian bridges. This is the one at Sluice Gate. 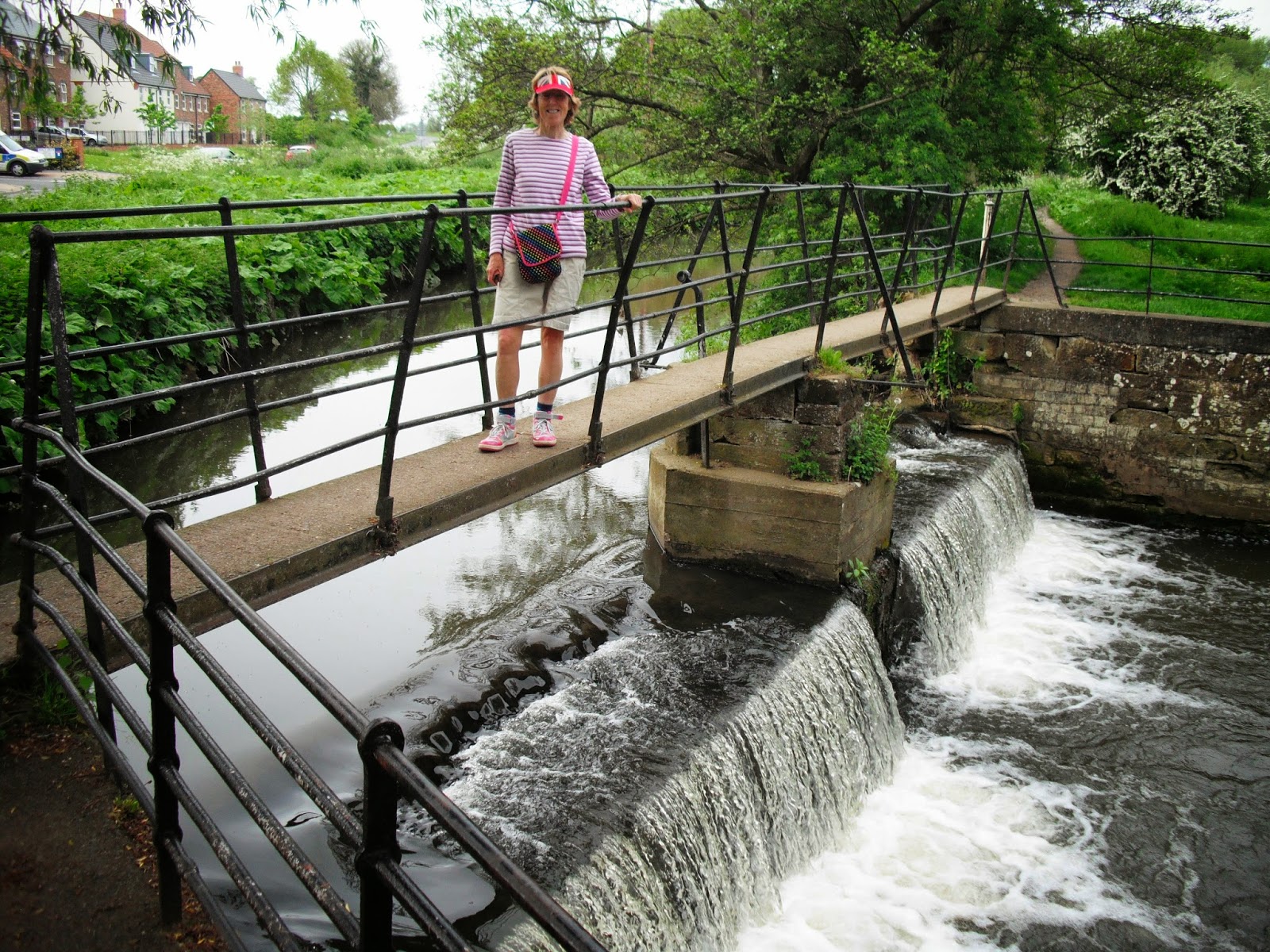 A couple more shots of the Market Place. 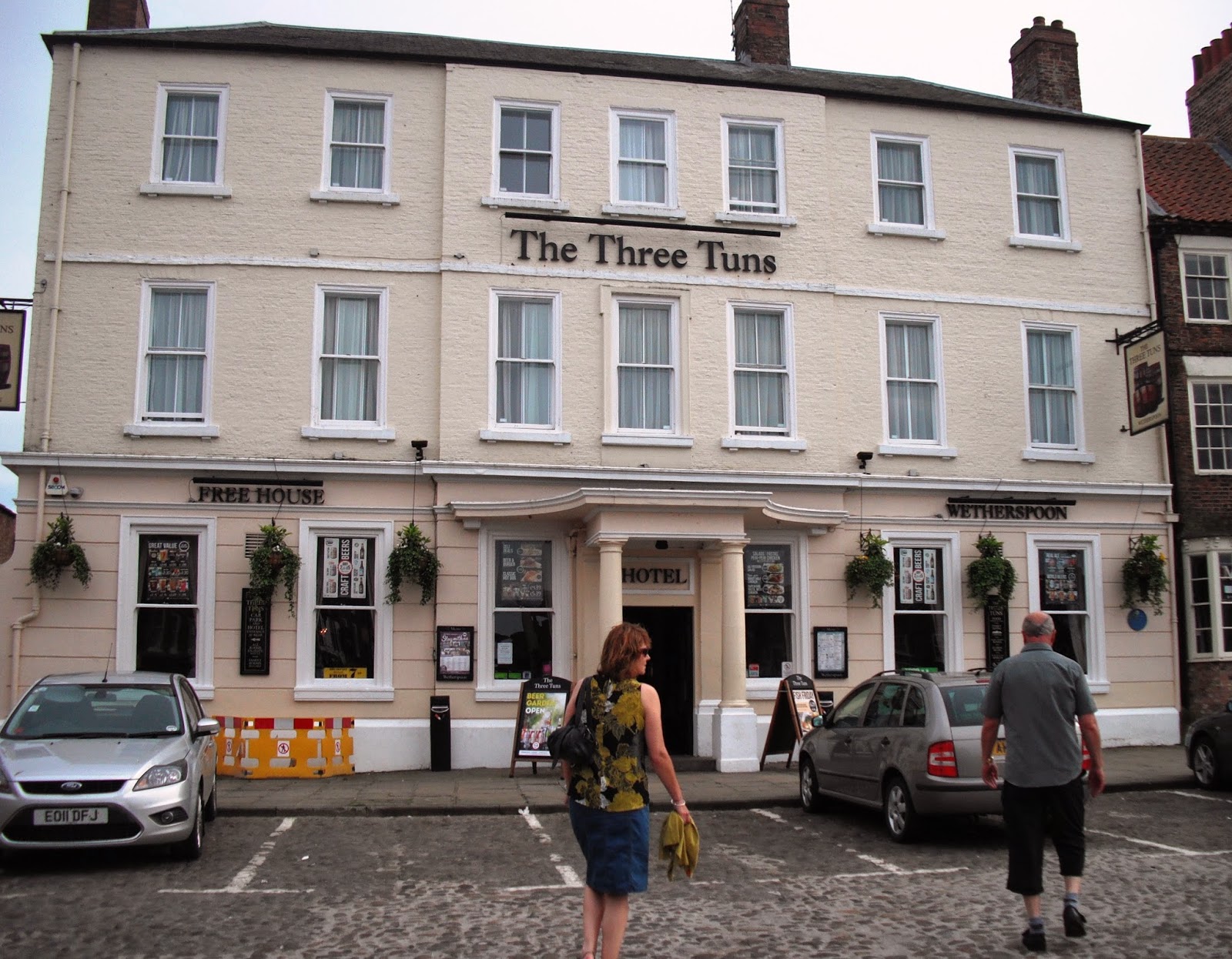 Cars, cars, everywhere. Apparently there has been a bit of an upset in the town because some much loved trees in the Market Place have been cut down. Someone was collecting signatures for a petition, presumably to ask for new trees to be planted. I spotted a council chappie walking around with a clipboard looking at some plans. Me being nosey, asked about the trees. He said they had plans for improving the pedestrianised area, the benches in front of the chip shop and greengrocers were going to be moved to the edge and a new surface laid. He didn't mention if any new trees were going to be planted.

I had a fabulous day out, met some friendly people, and thanks to my sister and B I L for treating me. And thank you all for your kind Birthday wishes, they are the icing on the cake. I'm off outside now, too nice to be in. Staying at home for the rest of the day, going to enjoy my garden. Catch you tomorrow. Toodle pip.
Posted by Meanqueen at 13:22

Email ThisBlogThis!Share to TwitterShare to FacebookShare to Pinterest
Labels: fun, holidays/days out