A hand made gift for Christmas

Hello. I took a day off the picture project today, sometimes you just have to stand back and look at things. Instead I had a go at making something I saw in a sewing magazine that my friend lent me. It's a really good magazine called Stitch, lots of projects to try. I thought I would get it on a subscription, but I find that it isn't on the Tesco spend your vouchers list. On the web site it quotes £25.50 for one year, six issues. I'll stick with the library books and yoootooob for sewing information.
I knocked up this fab little bowl in a couple of hours. First I have lots of these dry wipe squares, someone gave me several packets. I decided five squares would be the right thickness. 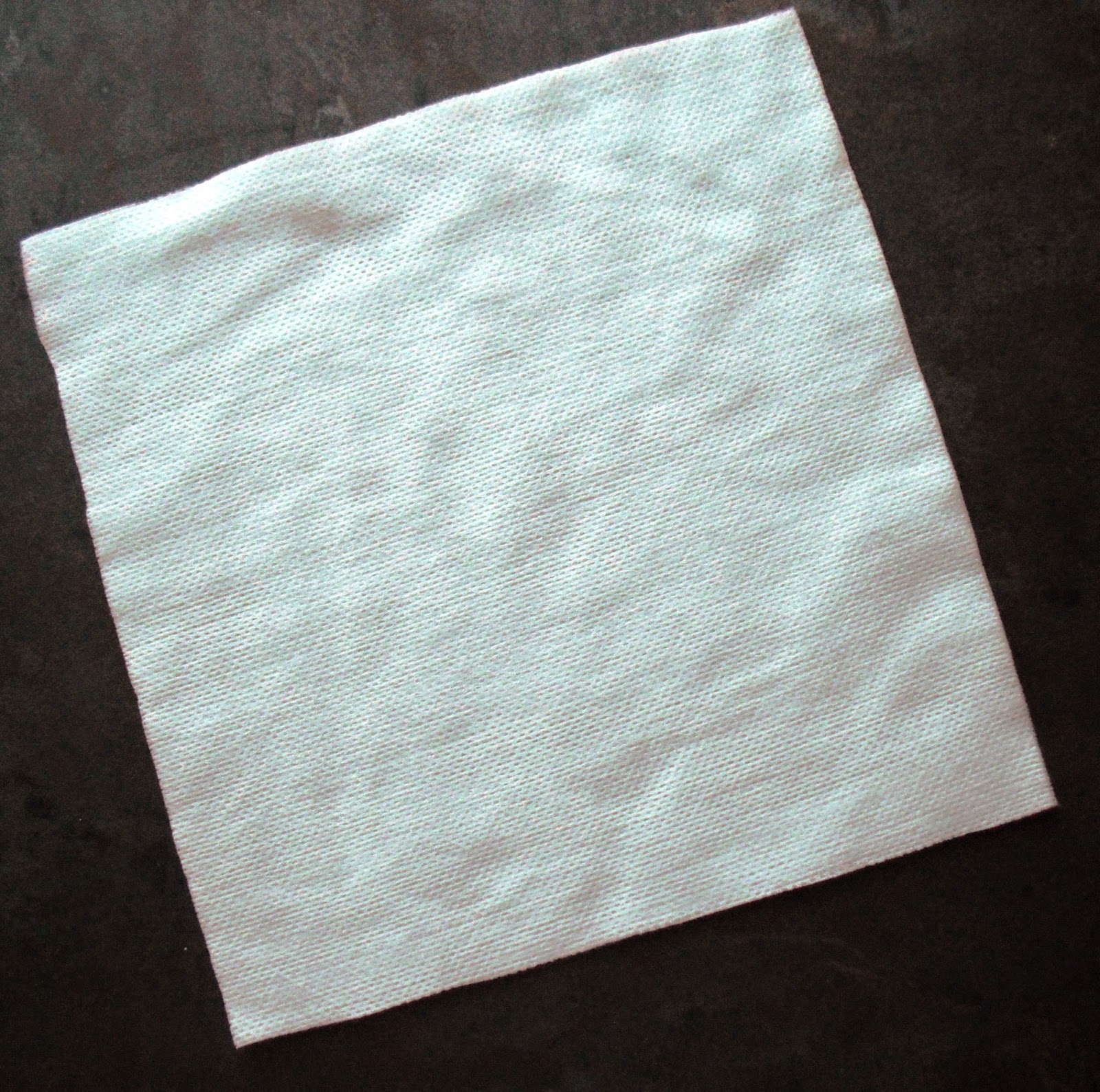 Next cut small pieces of fabric, random shapes, and arrange them on the square. I chose a pink and red theme, and added small sequins, snippets of felt, and pieces of wool. 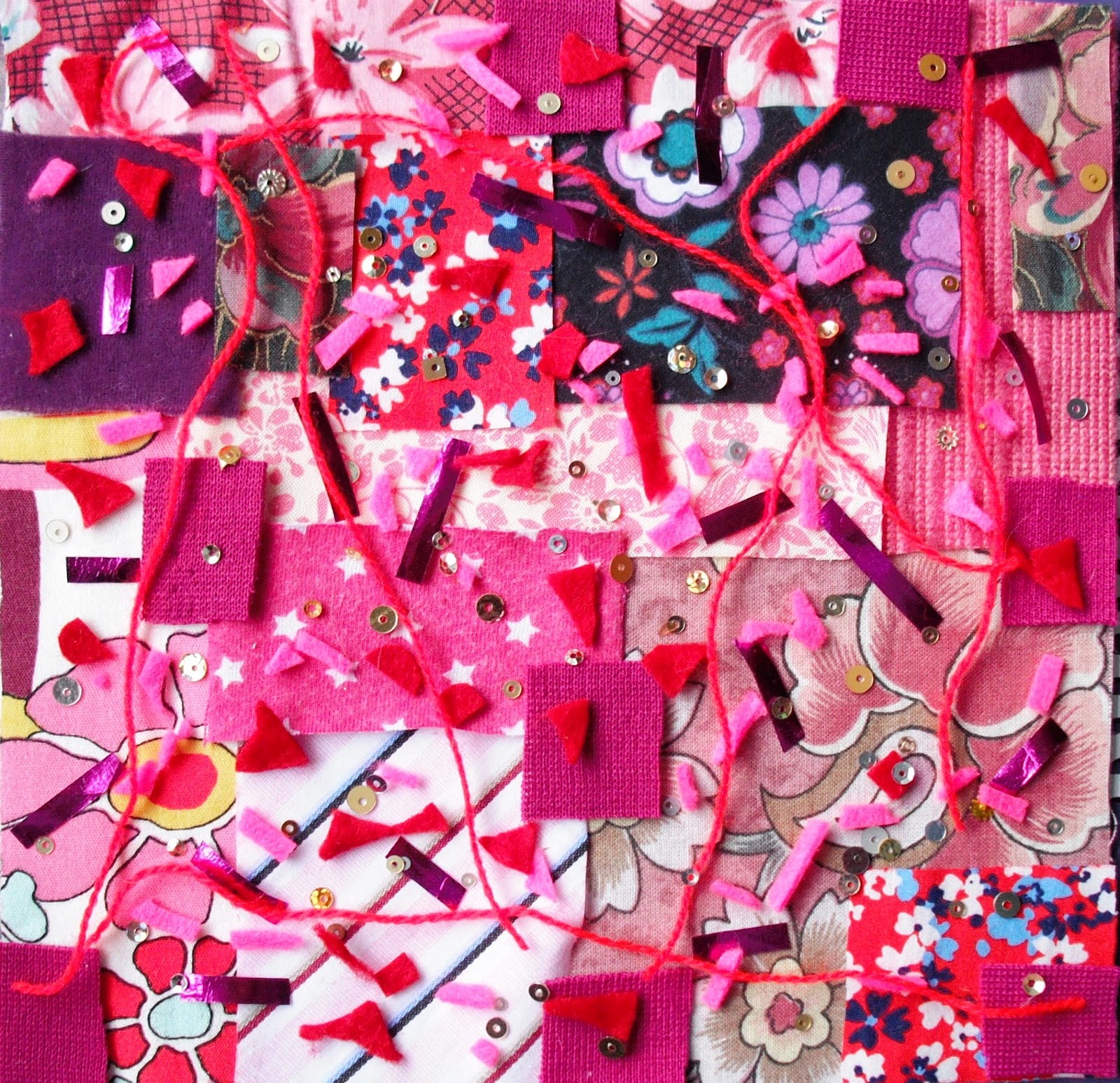 Then on the top I covered it with a very fine see through red net, and on the bottom a piece of red felt, making a sandwich. Pin it together and carry it to the machine, making sure none of the pieces are dislodged. 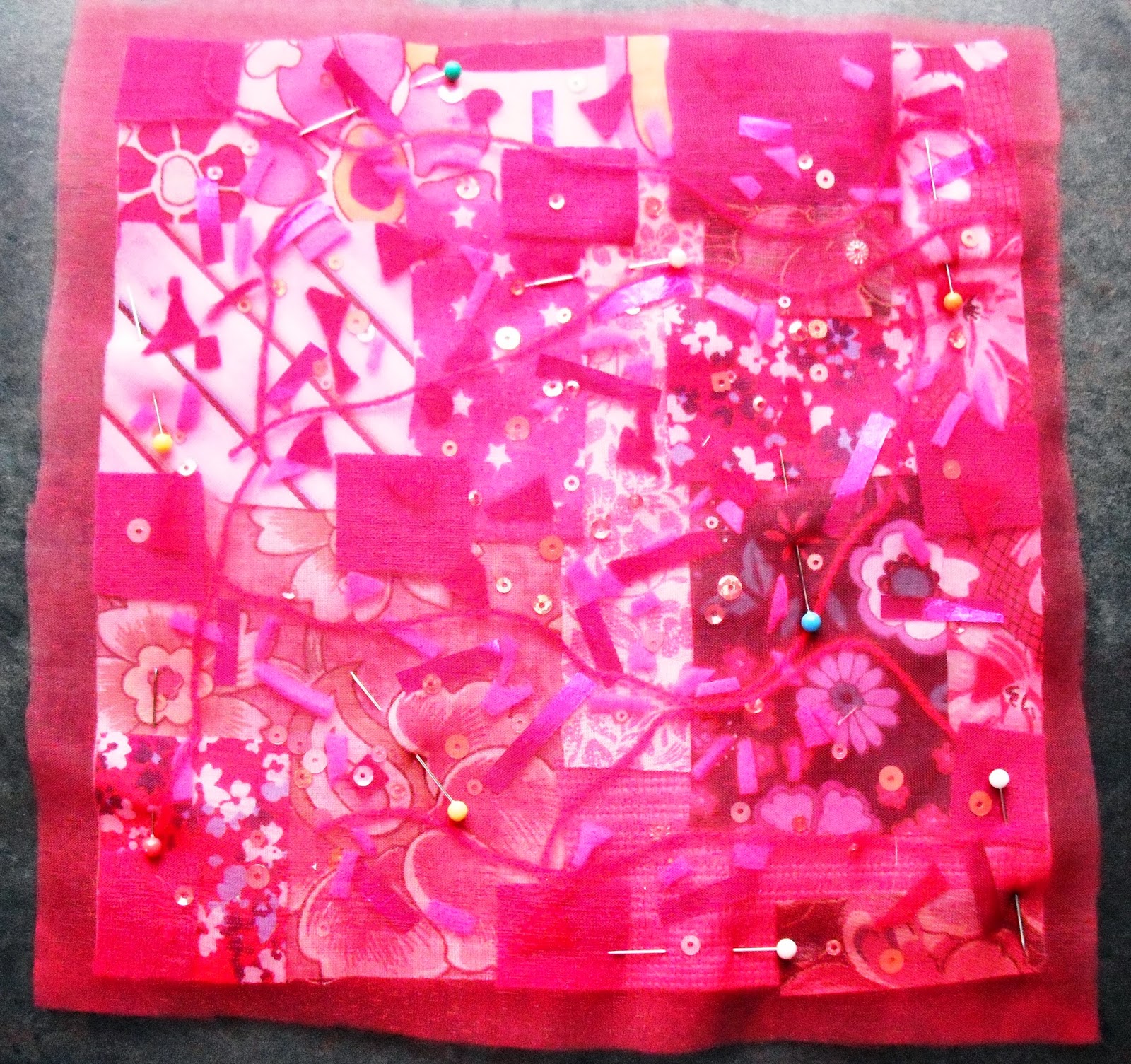 Set the machine to a zigzag, I started round the edge in ever decreasing squares finishing in the middle. Then trim off the excess to make a neat square. 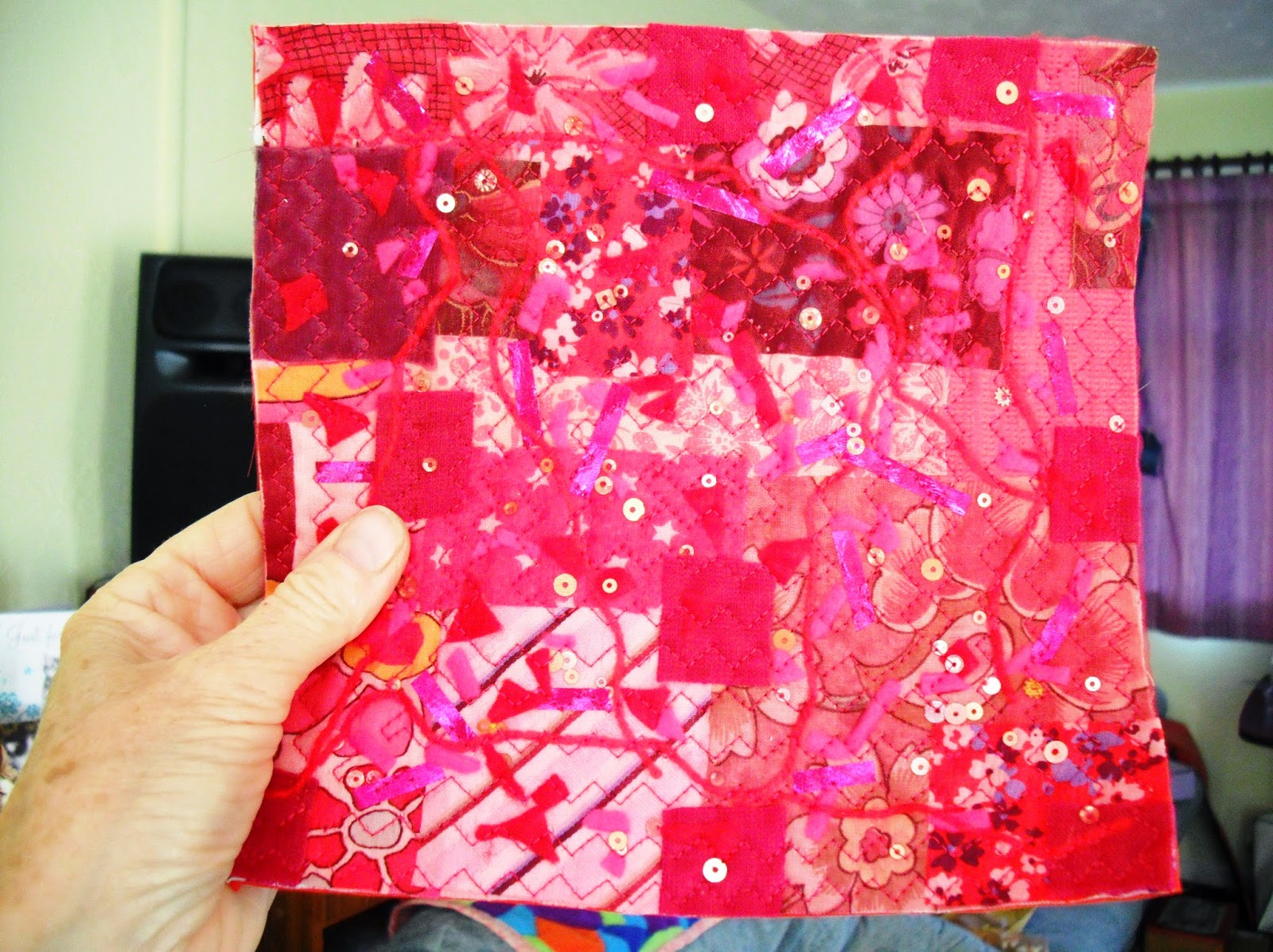 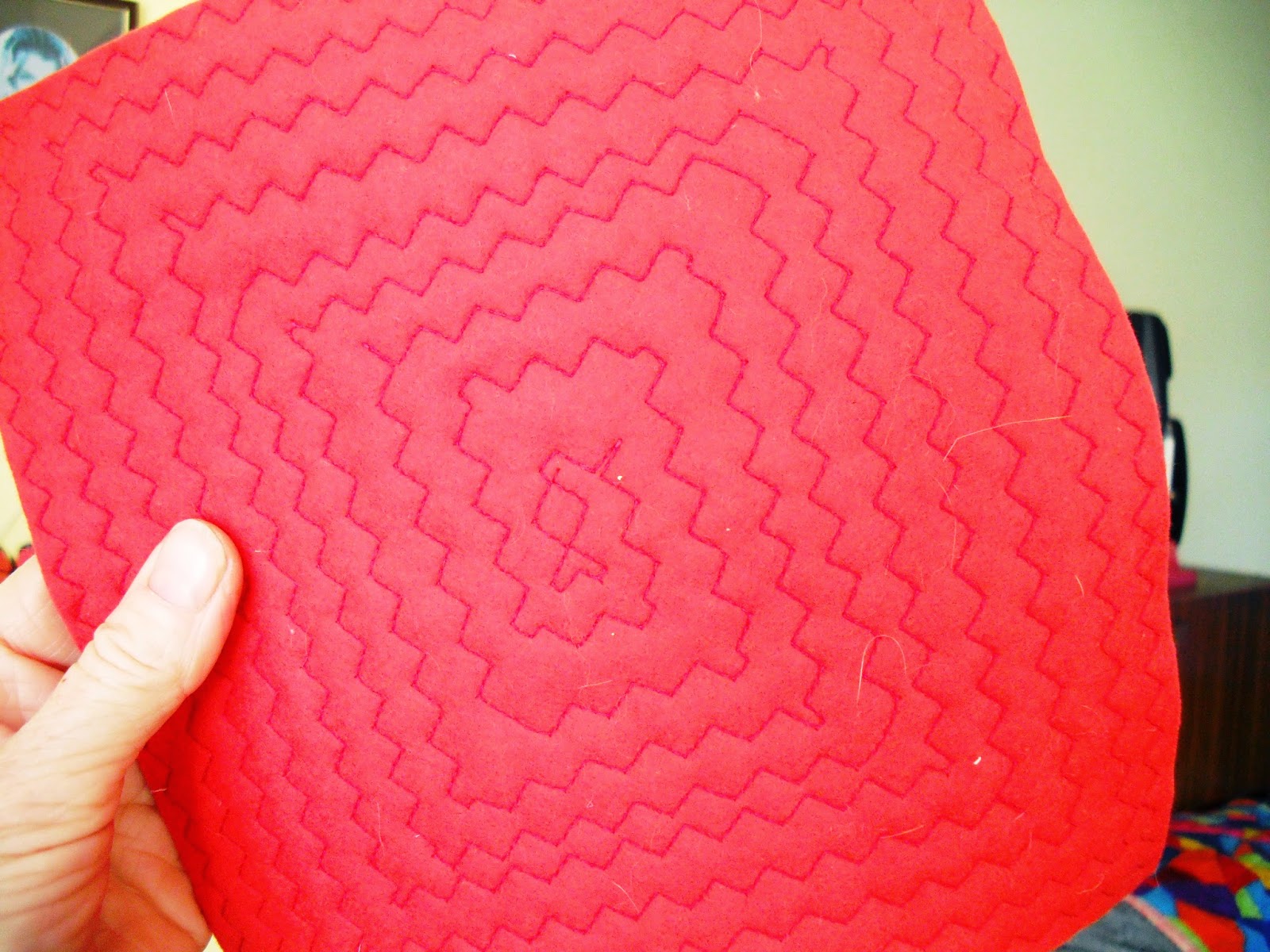 Next I pinned some blue satin binding around the outside, and hand stitched the corners before I  machined it around the edge with a straight stitch. The magazine article says sew cord around the edge, but I didn't have enough of the right colour. You could cut the plain felt backing larger and fold it over the edge to the front to make the border. 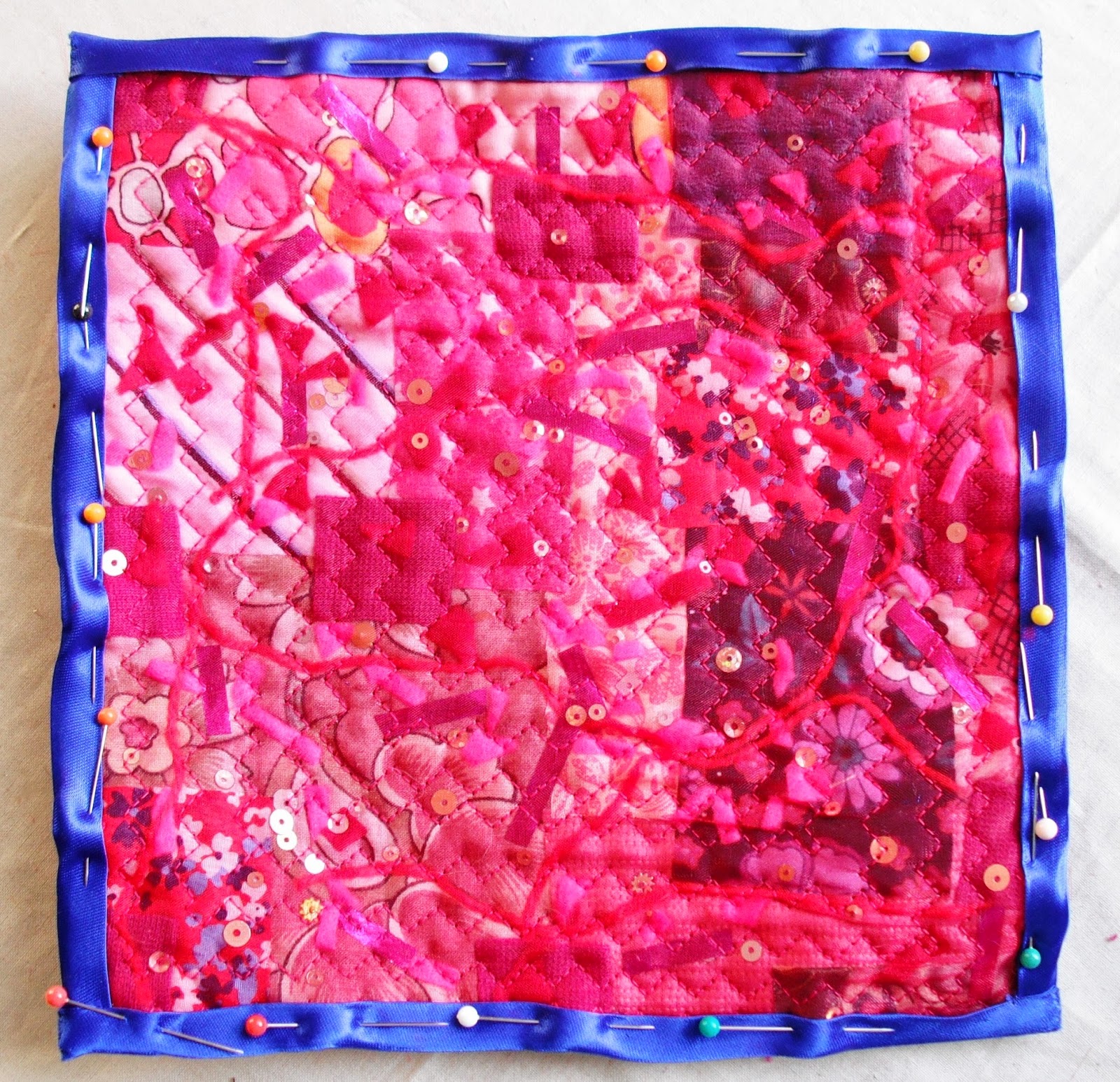 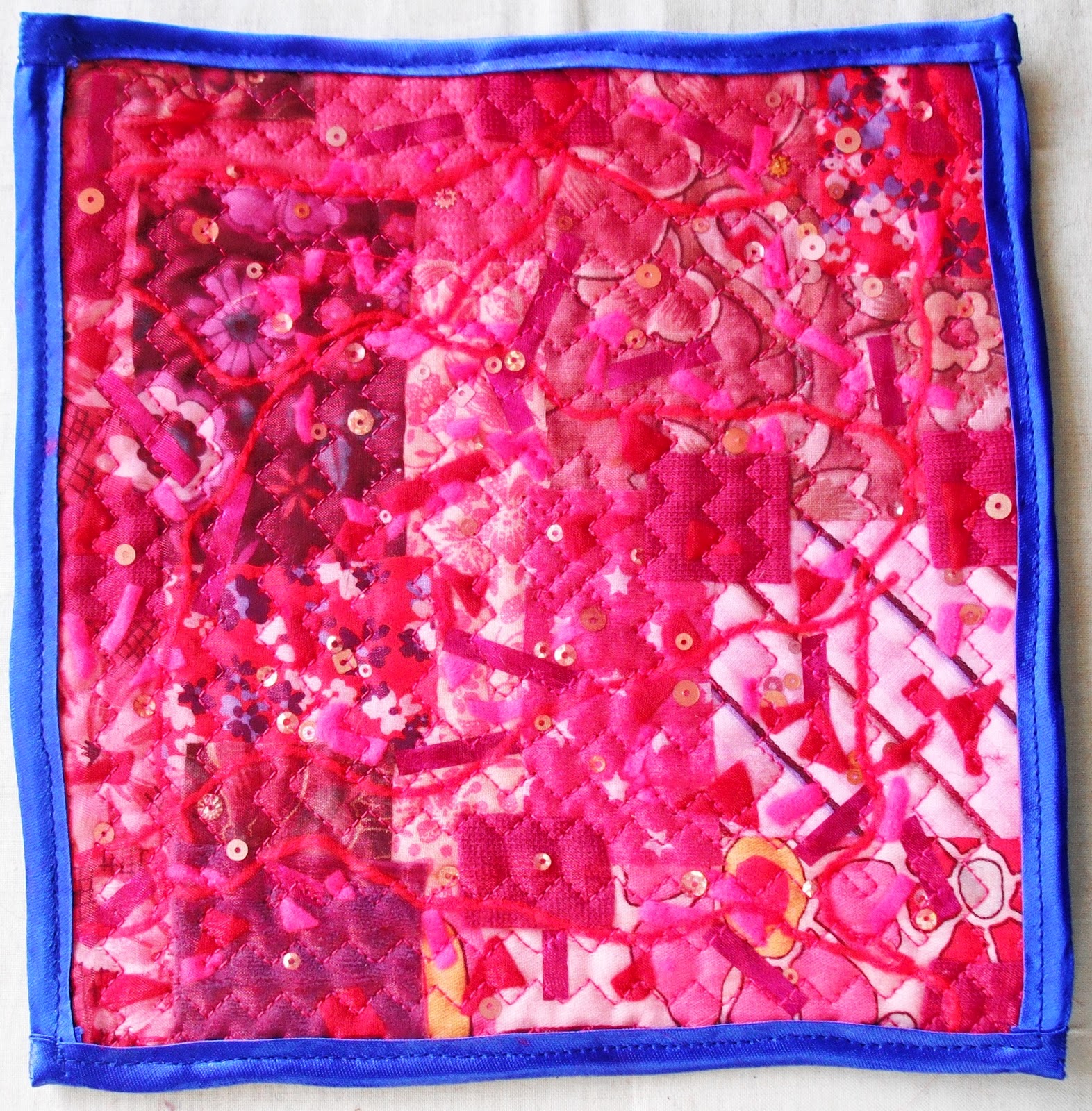 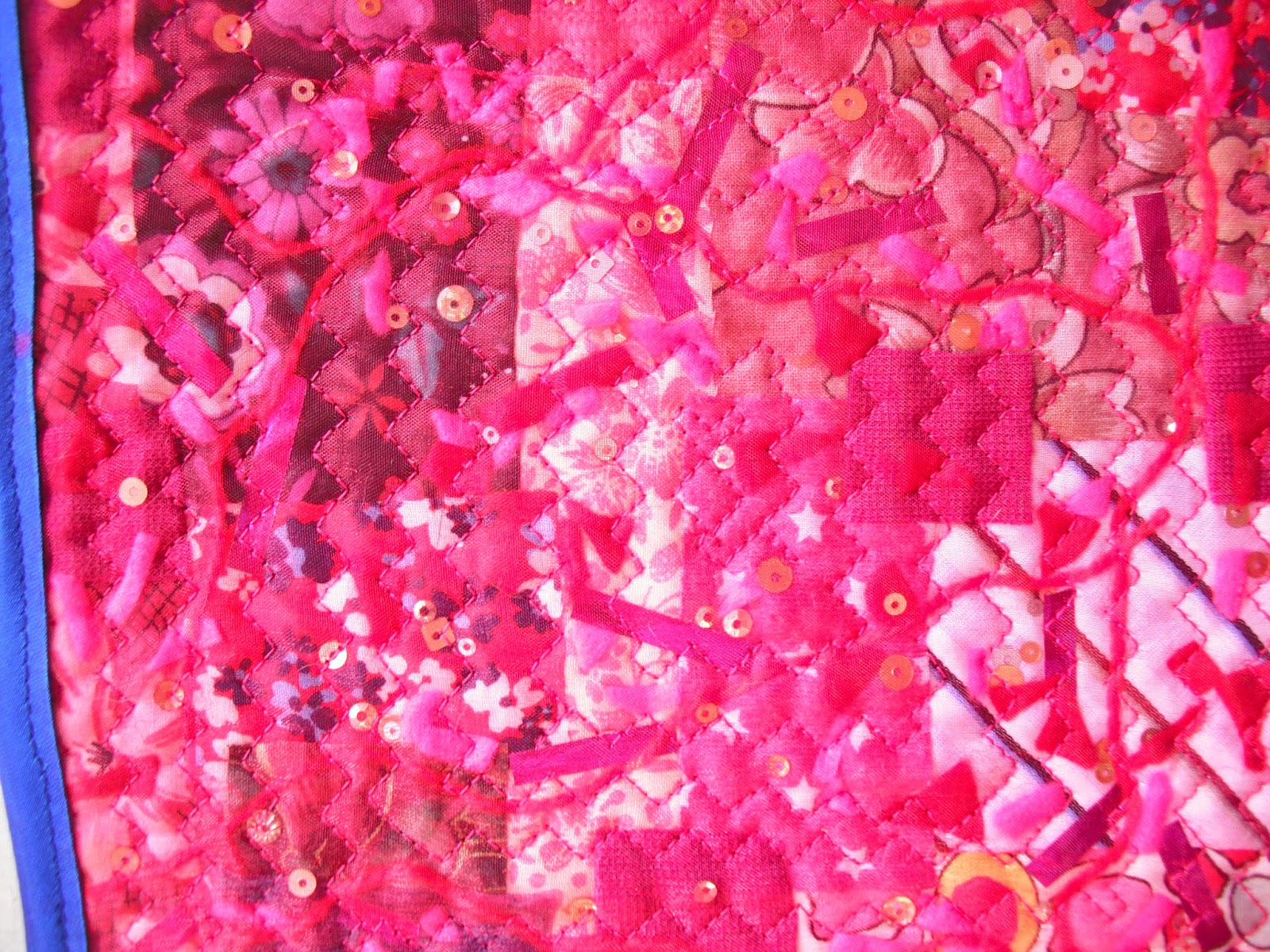 Next fold the square in half and put a few stitches at each end where the pin is. Fold it again in the other direction and stitch again. 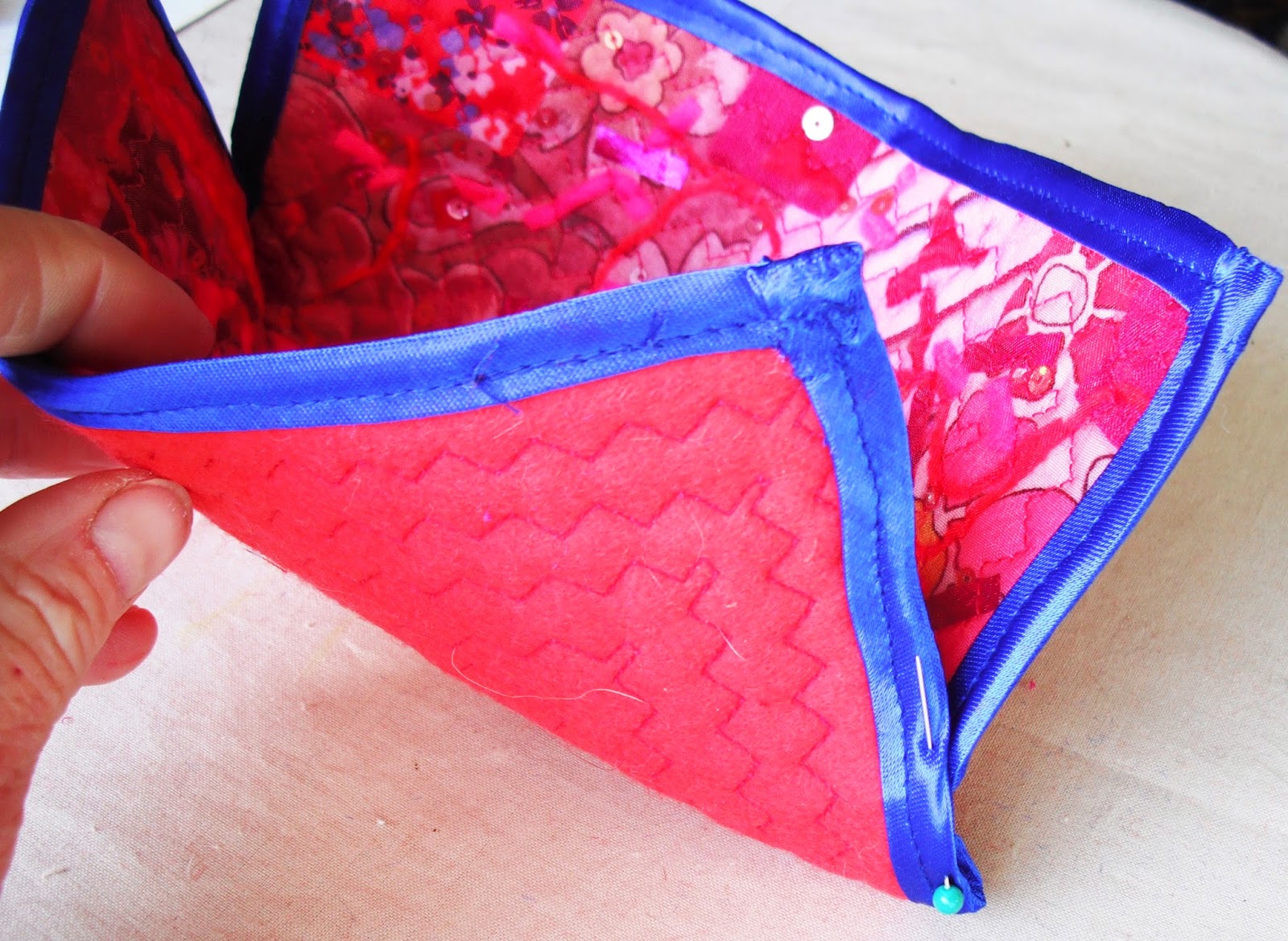 And that makes a little bowl. You could put tassels on the corners, you could make it bigger or smaller. You could put sweeties in it, or make some as Christmas pressies. If you put a gift inside you could add a piece of ribbon on each of the four points and tie them in the middle to close it up. Put beads on them if you like. 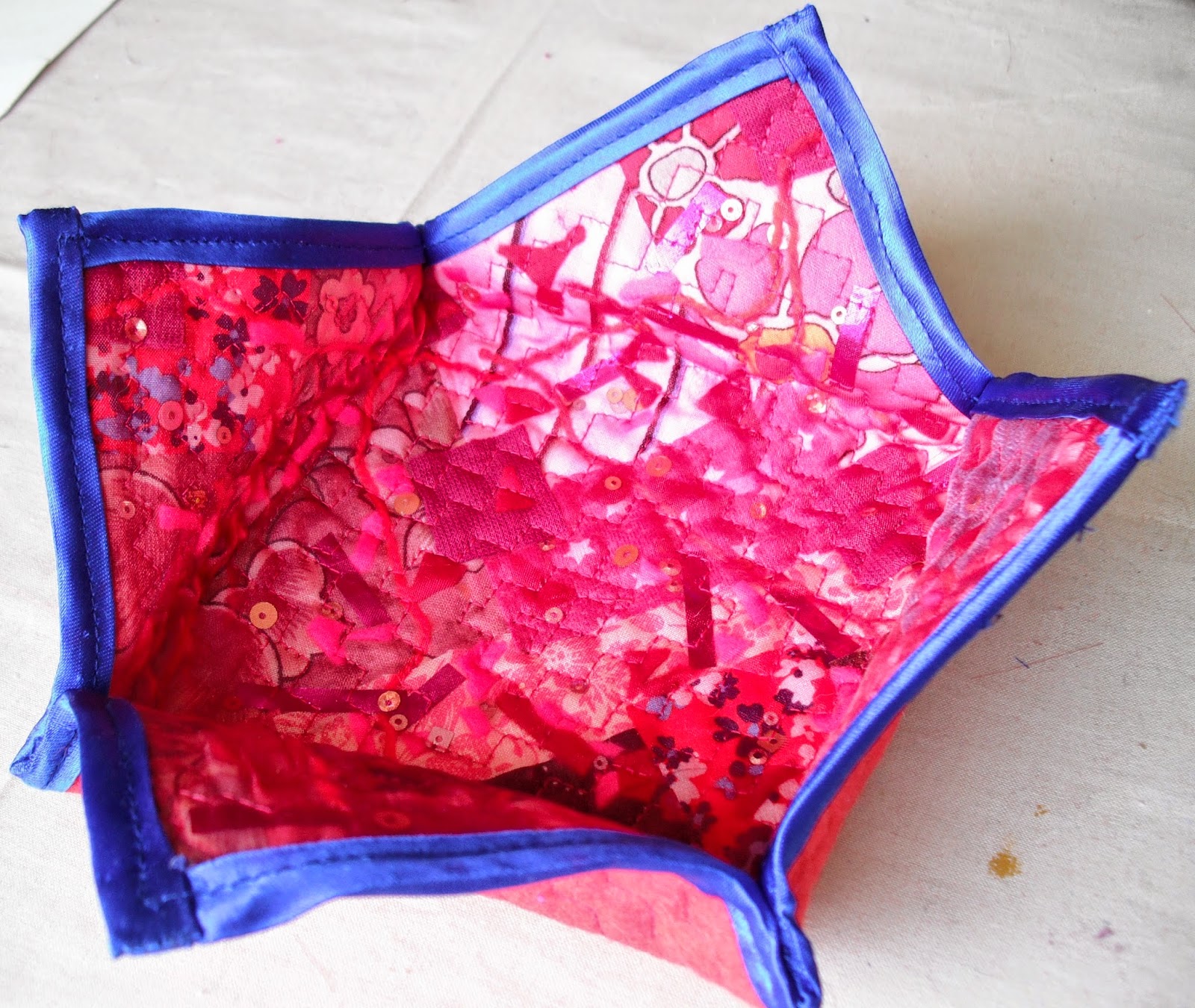 I might make some more of these in different colours. Something else to put on my 'to do' list. Do you fancy making one? Go on, have a go. Make someone a gift for Christmas.

Have a nice weekend, Toodle pip.

PS. A comment has just come in on an old post. Thank you, The Reason I Save, you are very kind.
Posted by Meanqueen at 21:17