It's a slow process

Hiya. Miserable day outside, until about 5pm when it brightened up a bit. I've spent most of my time indoors, with half an hour filling the brown wheelie bin with garden rubbish. Tidied the raised beds, and covered them over for the winter. I'm going to re think my veg growing for next year, there may be some changes. Sick of doing battle with the slugs.
I've been alternating between the weaving, and sewing the smaller picture today. More fabric strips added, still more needed. A long way to go on this so don't expect things to happen quickly. 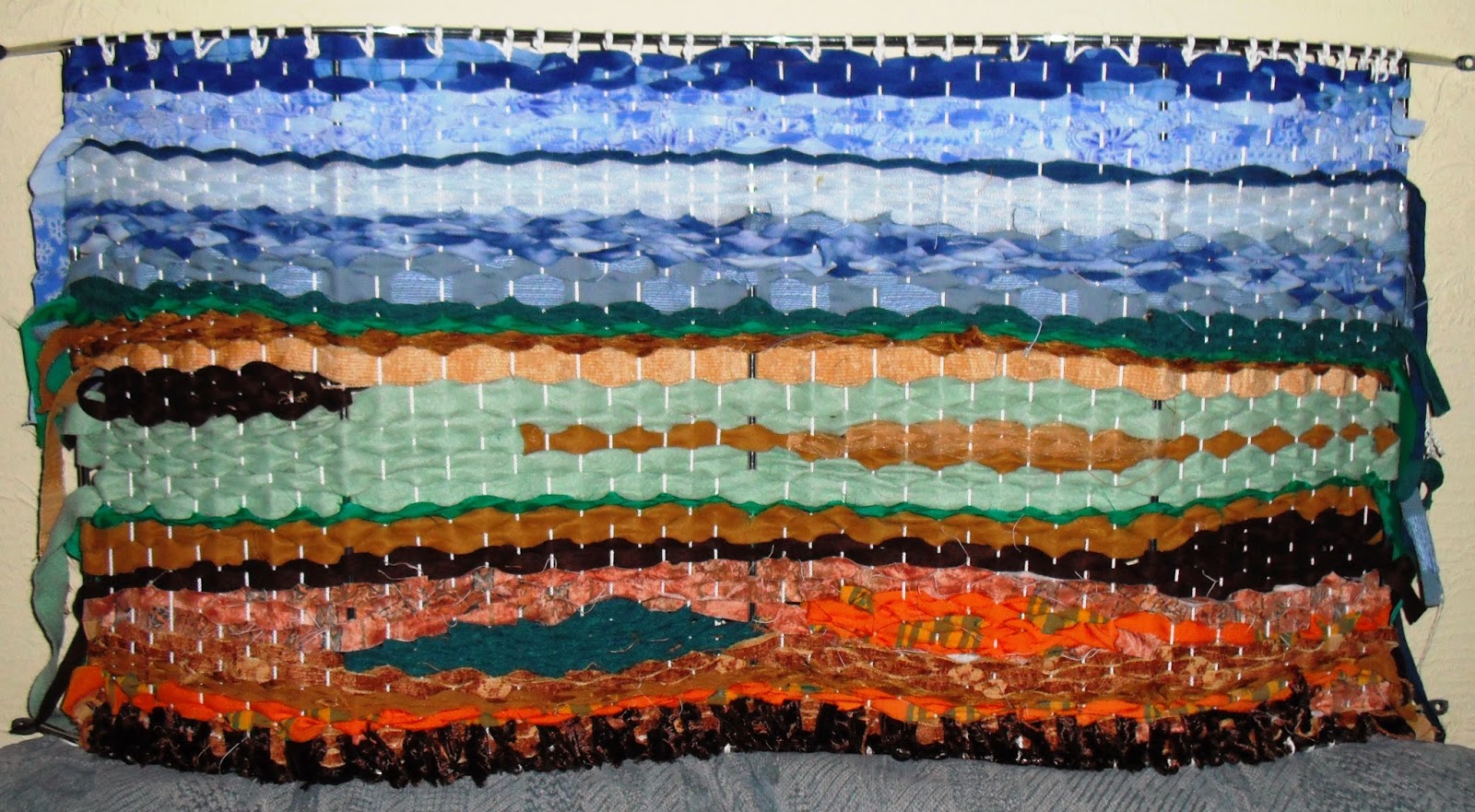 If you remember, this was part of four small pictures sewn together to make one big one. I decided it would be better to unpick the stitching and separate them, and decorate each one individually. Maybe frame them individually also. I don't know what I'm going to do with them yet, not sure if even like them. Thought it was a good idea at the time, but now I don't know. 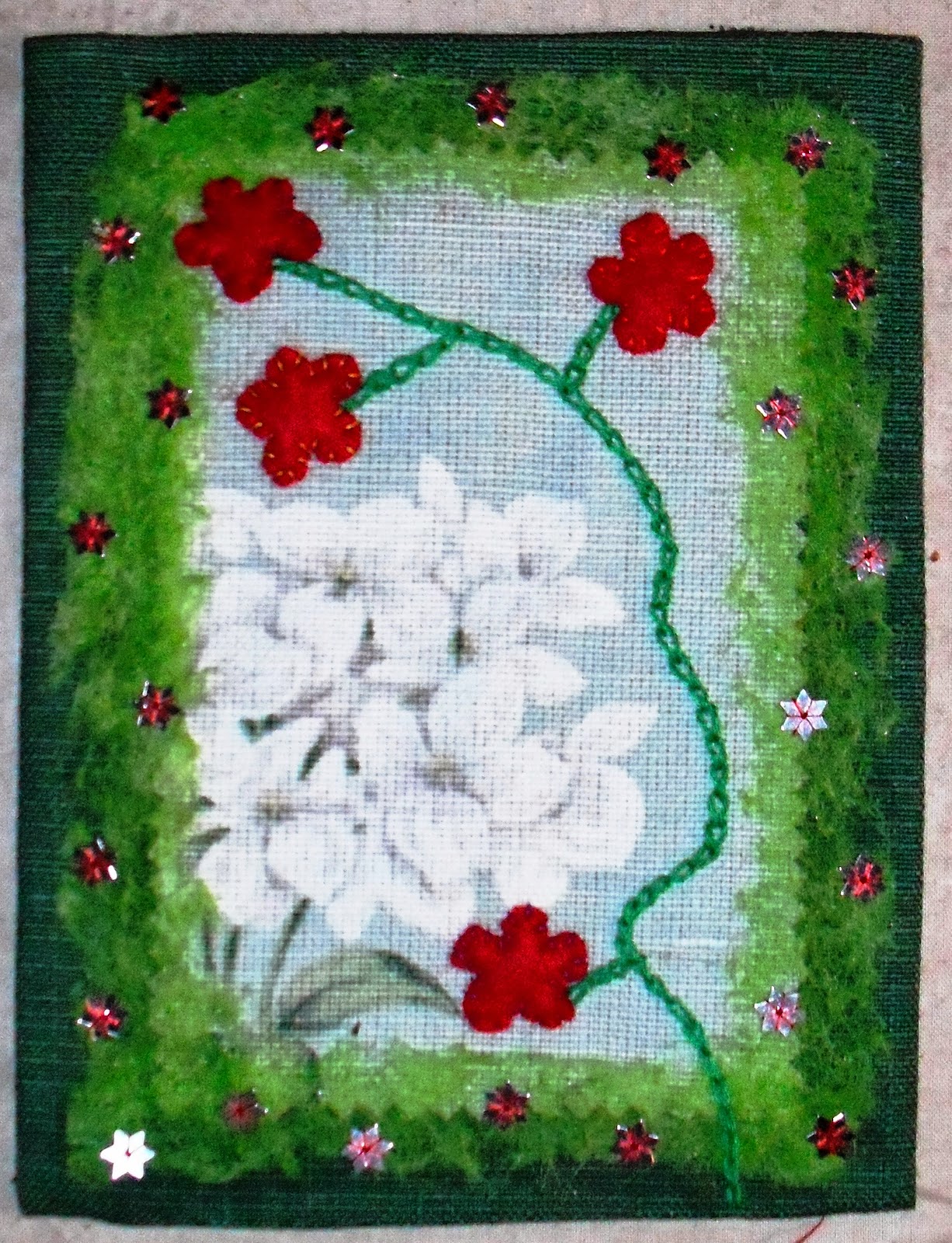 I'm sitting here sipping home made wine. My friend gave me a bottle of raspberry wine he made a couple of years ago. It's delicious, just like the strawberry one he gave, me. He suggested I could do some wine making, he would give me the demijohns. I haven't got the patience to do that, I would be itching to drink it before it was ready. A glass of wine now and again is nice, I can take it or leave it.

I'm starting to yawn. I'll get off up the apples and pears. Goodnight.
Posted by Meanqueen at 22:10