The day started bright and sunny so I thought it would be a good day to go out, as the forecast is rain for the weekend. Another trip to the seaside, this time over the bridge into East Yorkshire. I didn't go straight there, instead made a diversion through Market Weighton heading north to the small village of Warter. David Hockney did a huge painting called Bigger Trees near Warter, it was made up of  fifty canvases, and when I saw it at Hull it took up the whole of one wall. I wanted to find the actual spot where he took the photographs and did some of the painting. I parked in the car park next to the school and asked a woman where I might find the trees. She said they had been chopped down. Oh no, how terrible.
I had a look around the village while I was there, went in the small shop and was served by a young woman who looked like she was about to burst, baby due next week. She had heard that the trees were chopped down also.
Warter is an estate village, where most of the houses and land have belonged to a single landowner. These cottages were altered and thatched in 1930. 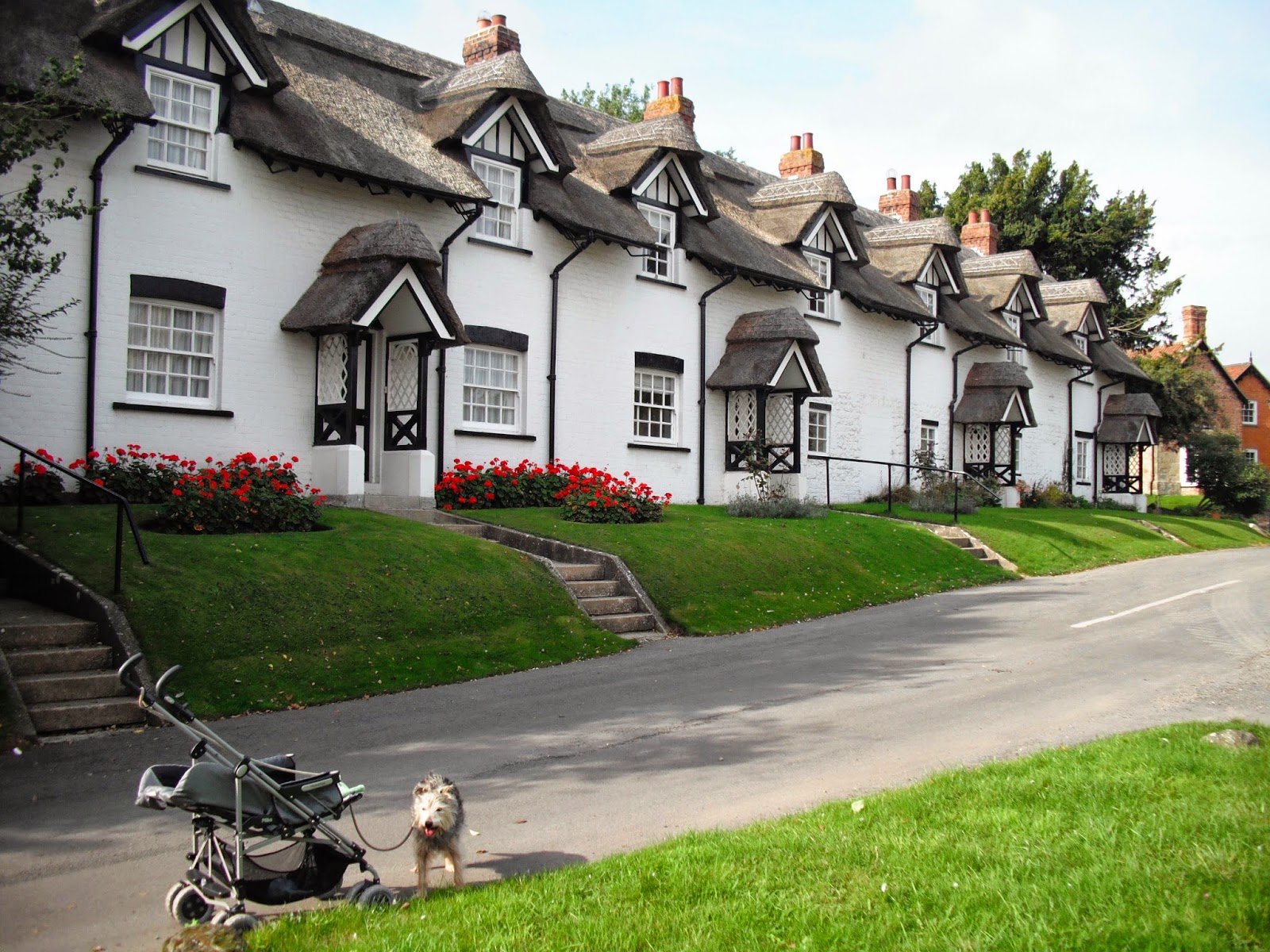 The church of St James was declared redundant in 1990 and threatened with demolition. It was saved by the Yorkshire Wolds Buildings Preservation Trust which now owns the church and the greater part of the churchyard. Substantial grants were obtained and it was restored in 2006 and adapted for use as  cultural. educational, and heritage centre for the Yorkshire Wolds. 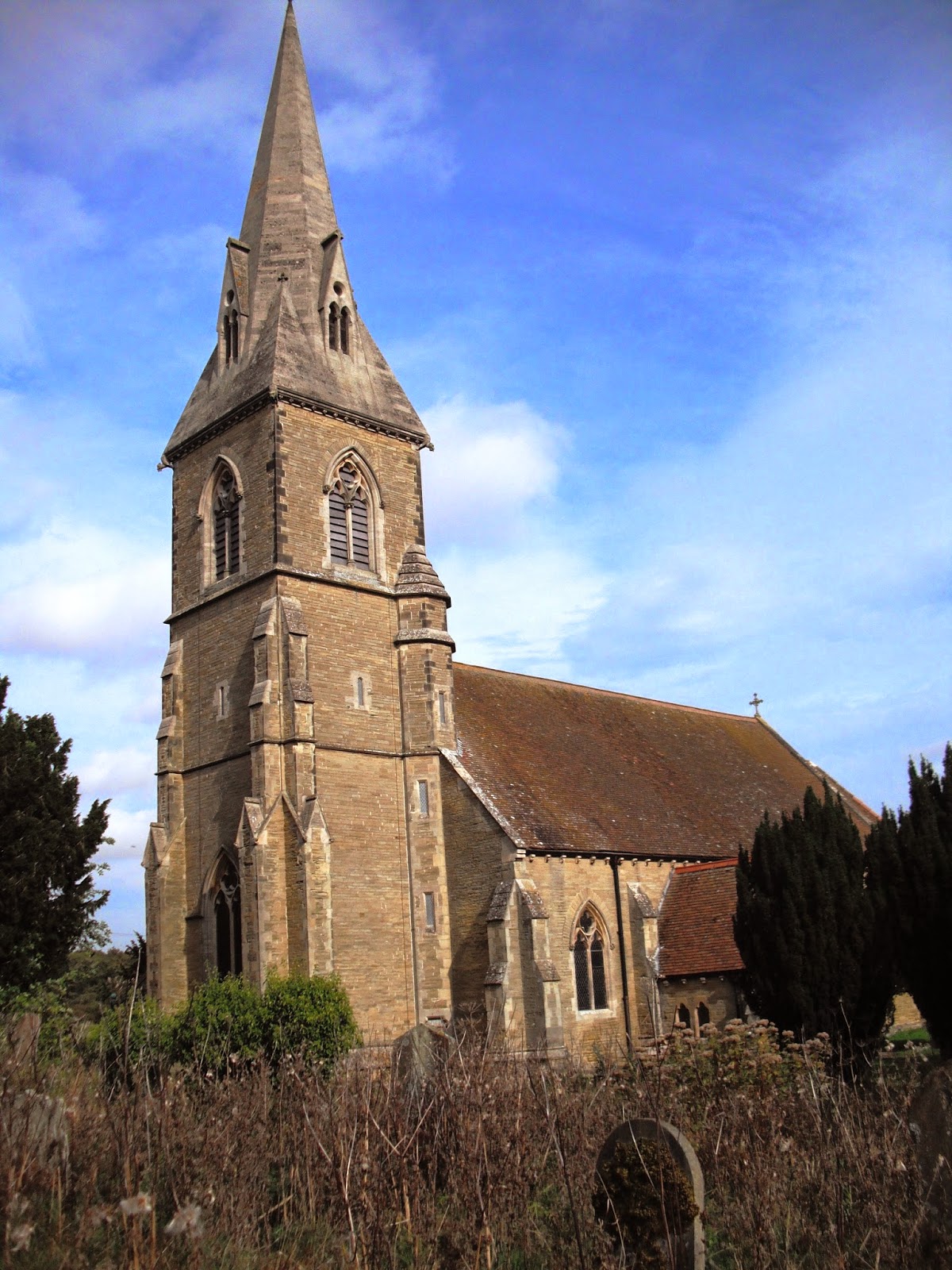 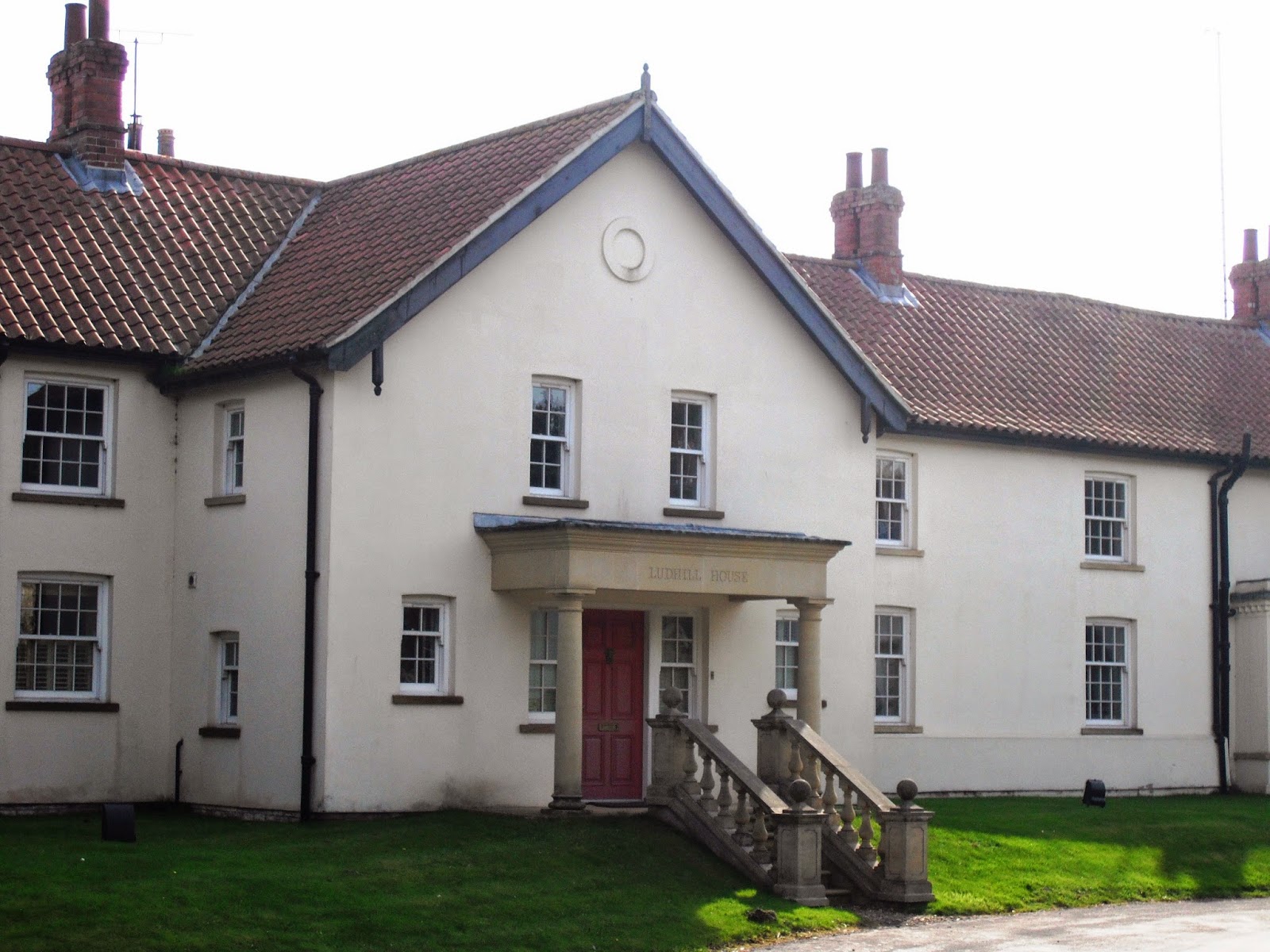 A view of the memorial taken from the church. 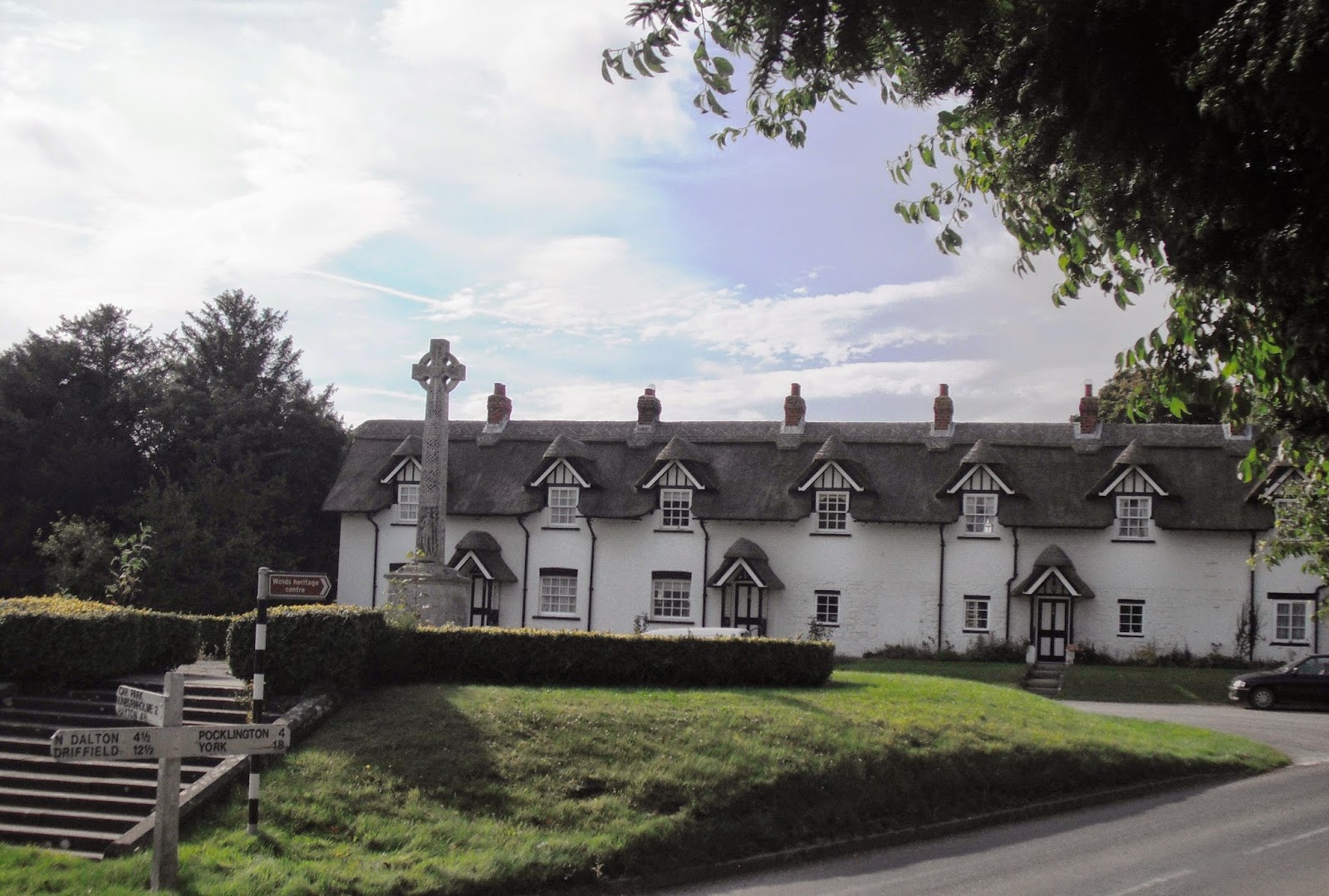 I have tried to find out about the bigger trees, and according to Wikipedia they weren't chopped down, so I don't know what to believe. I didn't look for them as I wanted to get off to Bridlington.
I headed for South Beach and parked in the Park and Ride car park next to the holiday village. There are hundreds of static caravans all packed onto the site with not much space between them. It's very close to the beach and Rocky was so excited when we went down onto the sand. Oooh look, there's the sea, can I go for a swim? 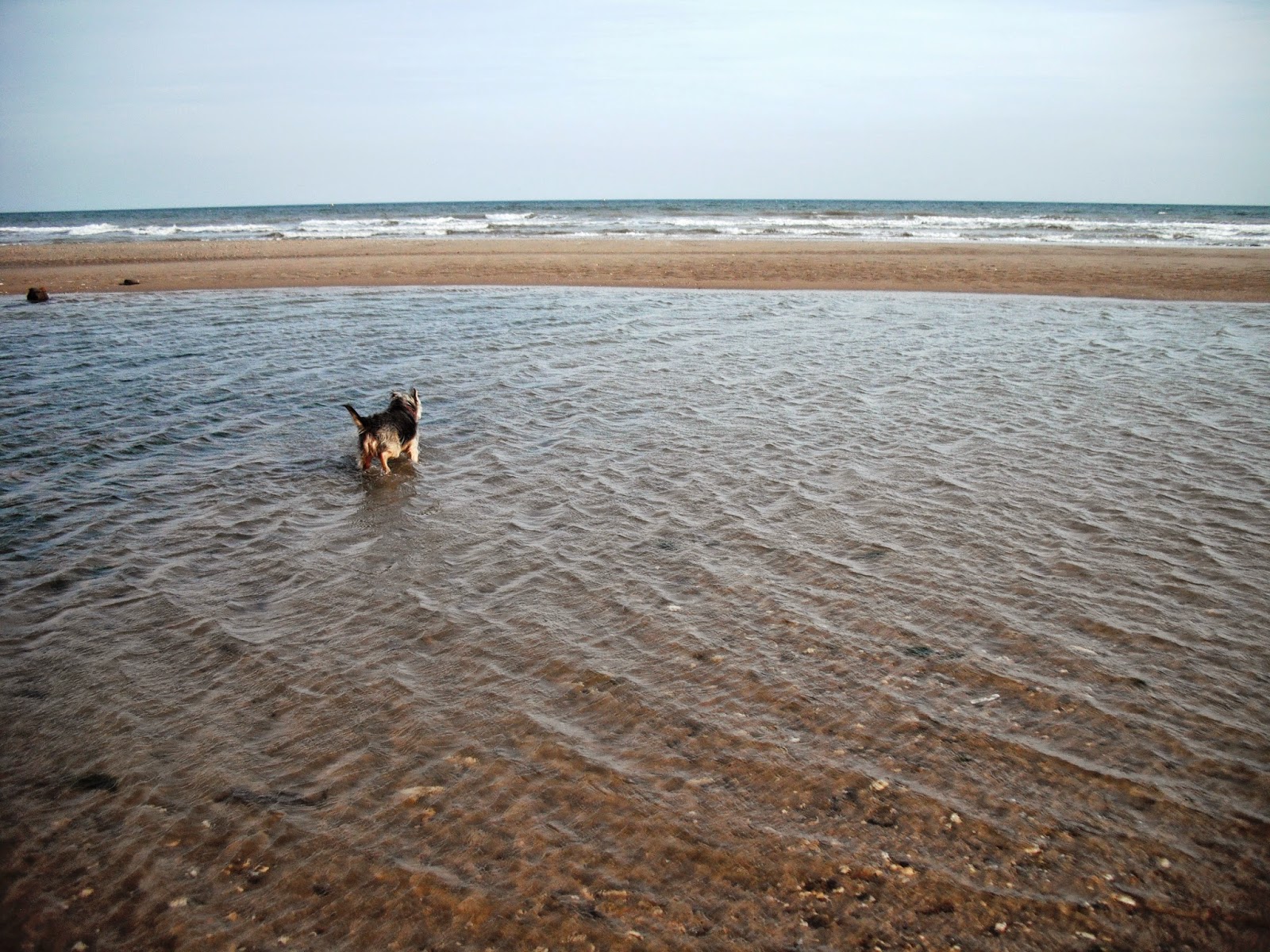 No, best to paddle in this pool, those waves are too big for you. There are quite a lot of wooden beach huts along the promenade. These are very modern. 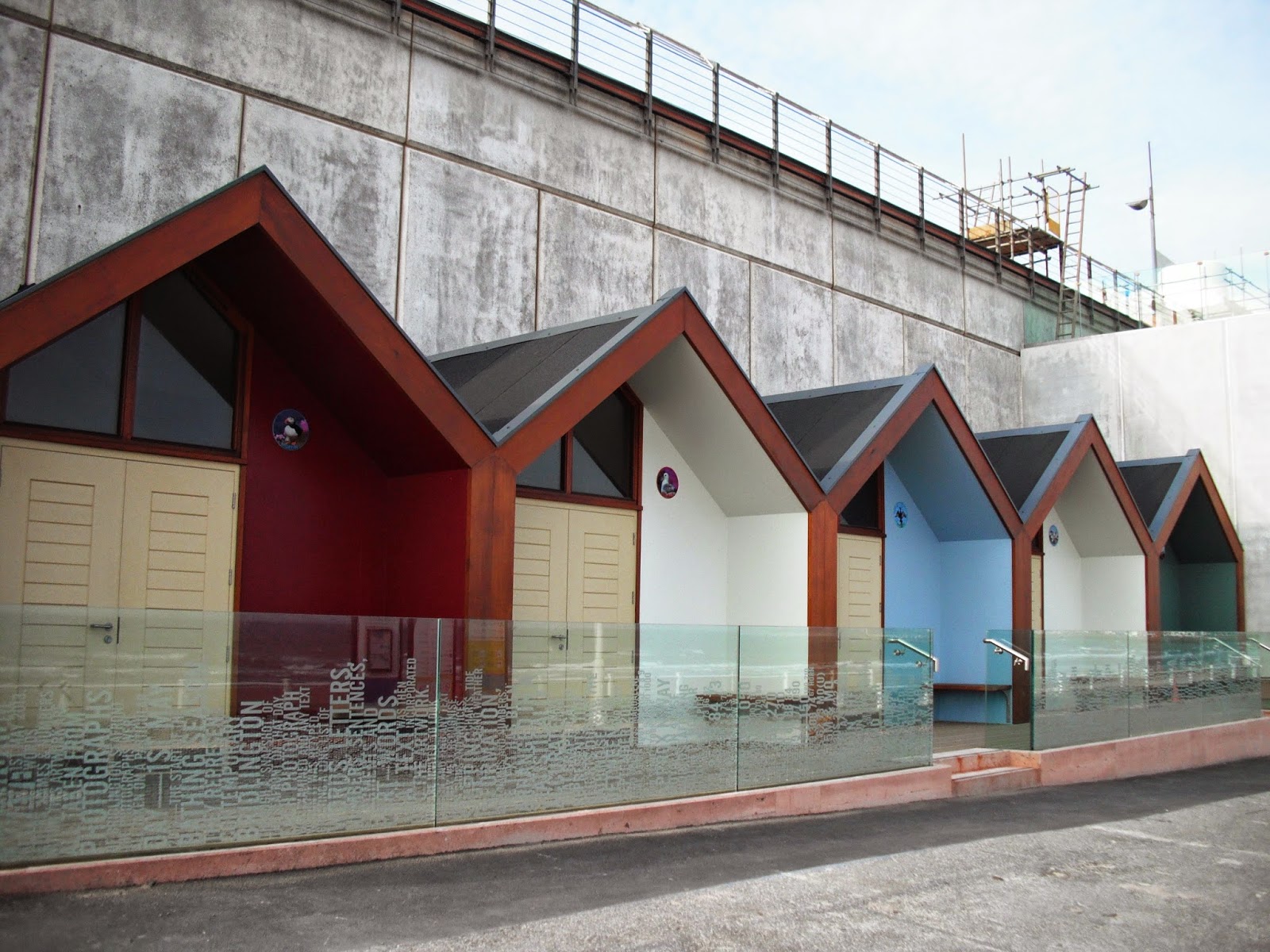 We walked all along the front to the town, Or rather I walked, Rocky rode, ha ha. We had a look around the harbour. 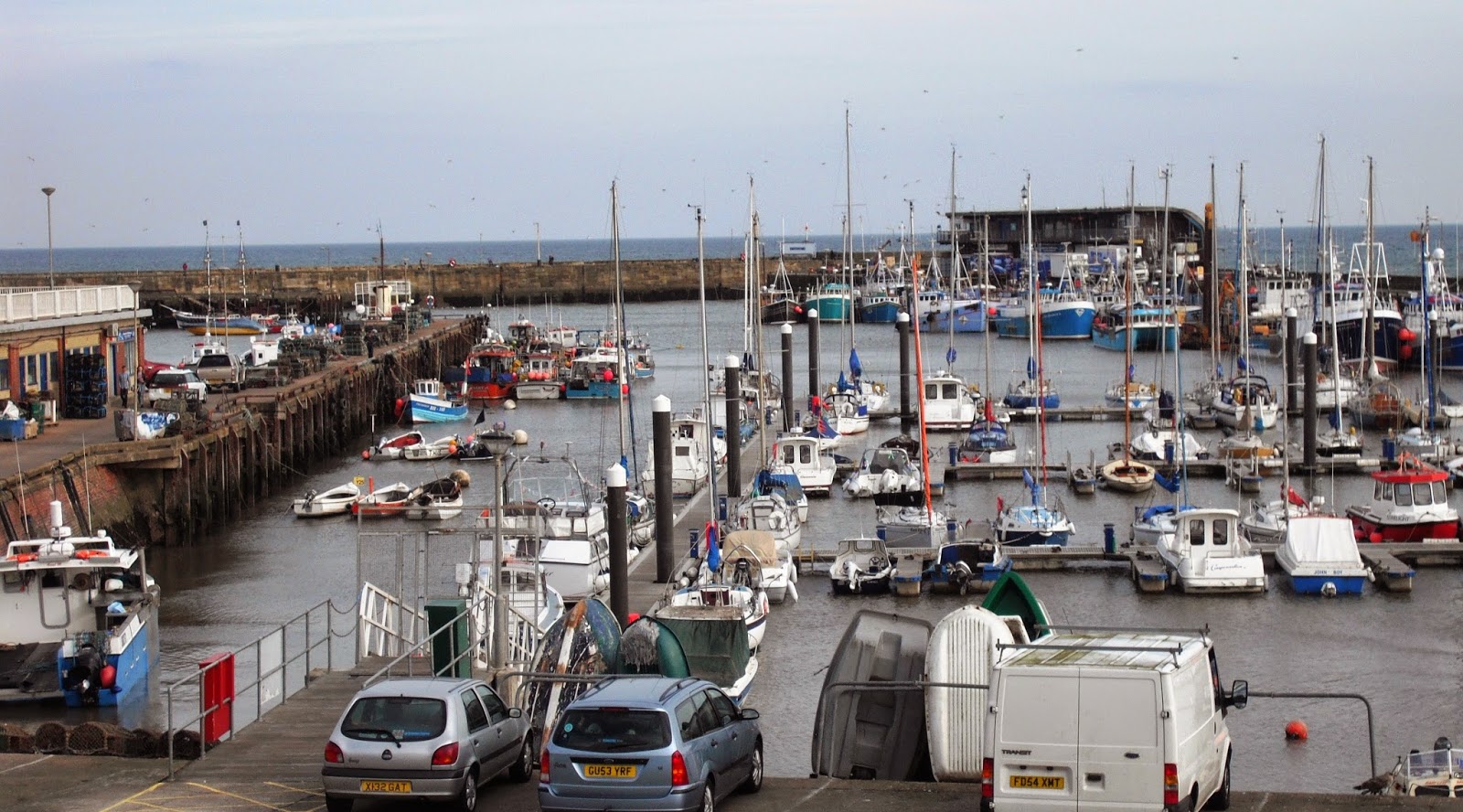 Oooh look, he has found a new friend, don't they look dandy together. I stopped to chat for a few minutes. I thought our buggy was cheap at £6, but they found this one free, it was dumped next to a rubbish bin. Now that's frugal, ha ha. 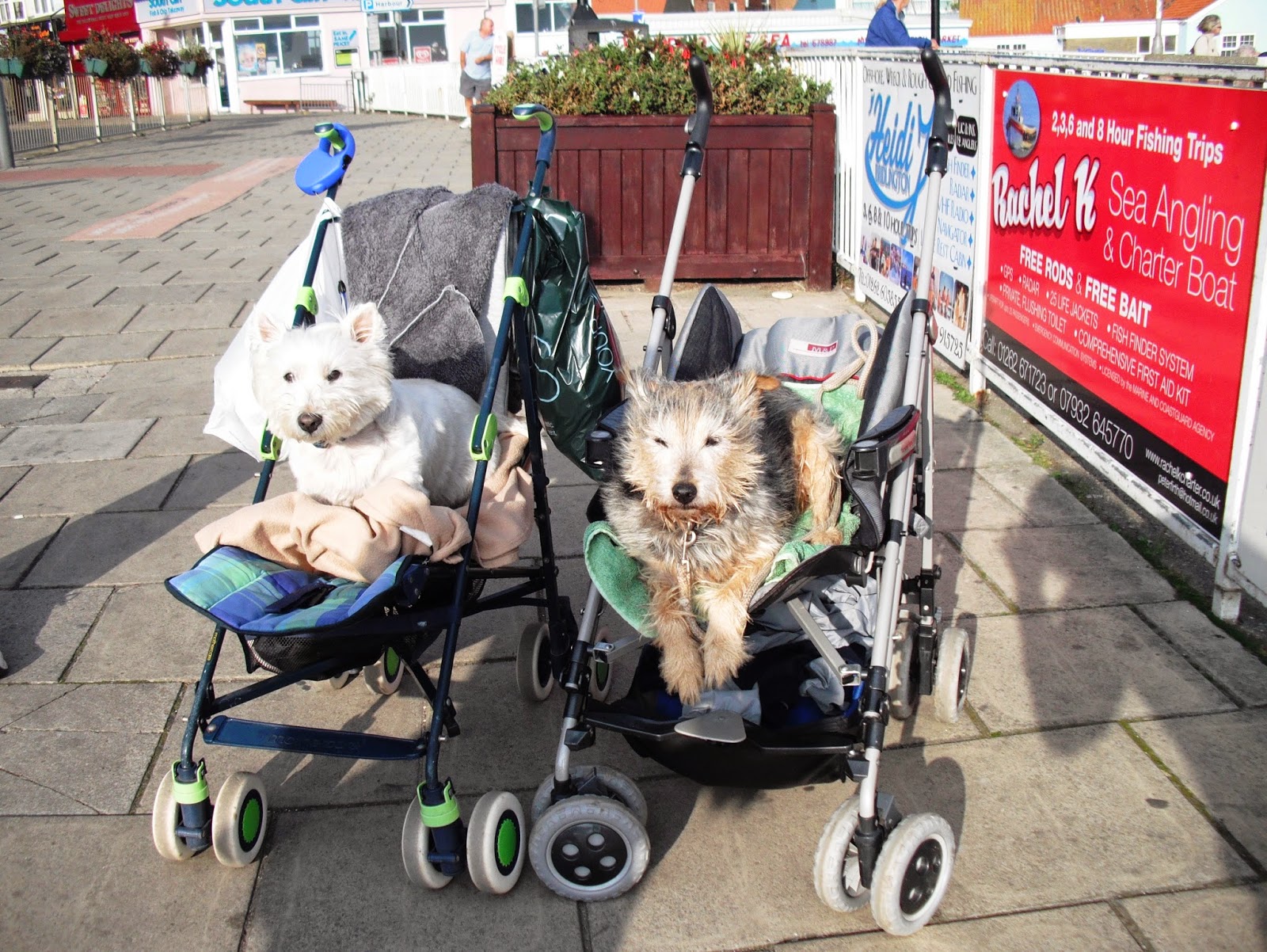 More views of the harbour. I sat and ate my late lunch, cheese and lettuce sandwiches and boiled eggs. It was a glorious day, lovely to sit and watch the world go by. 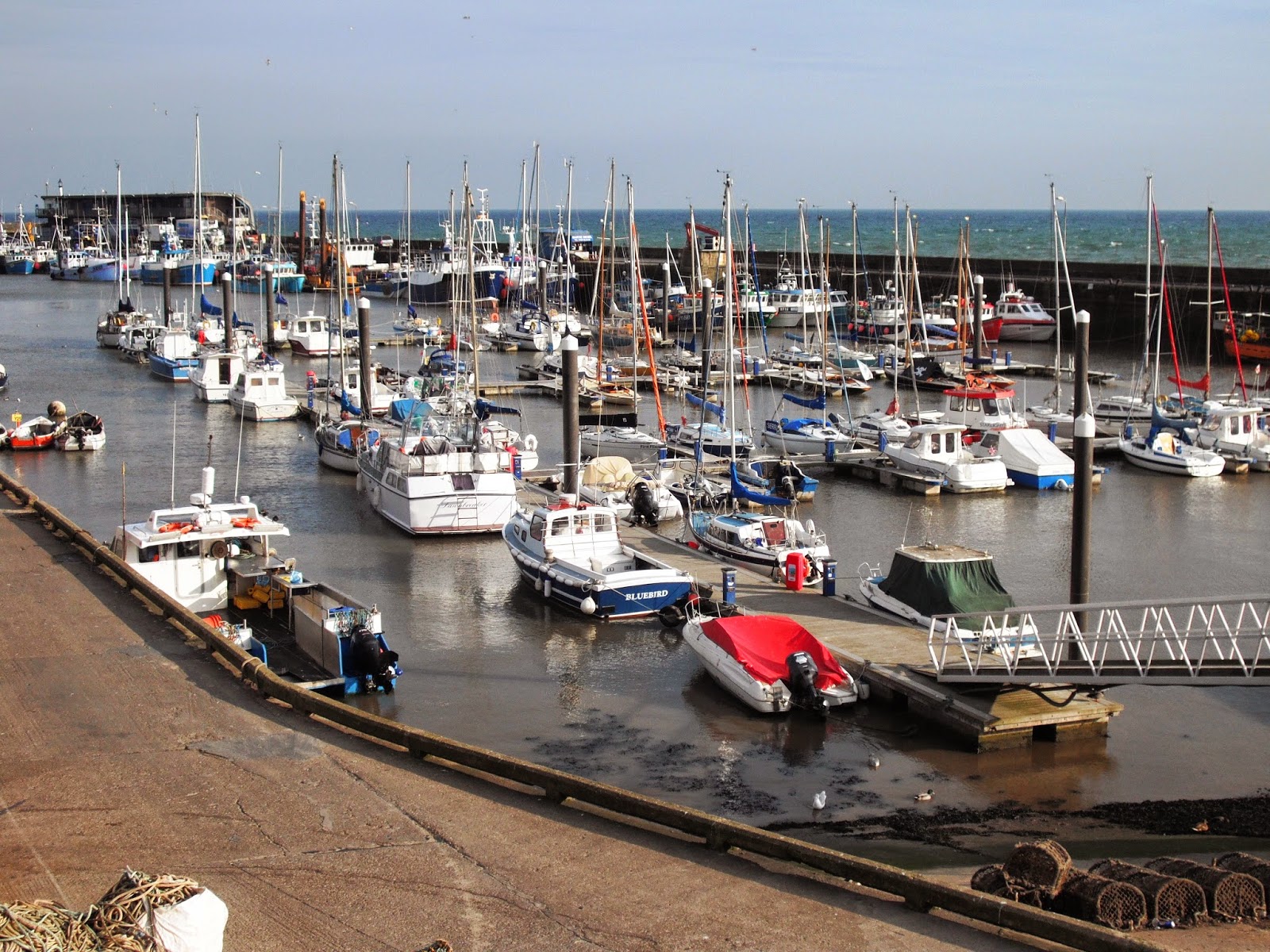 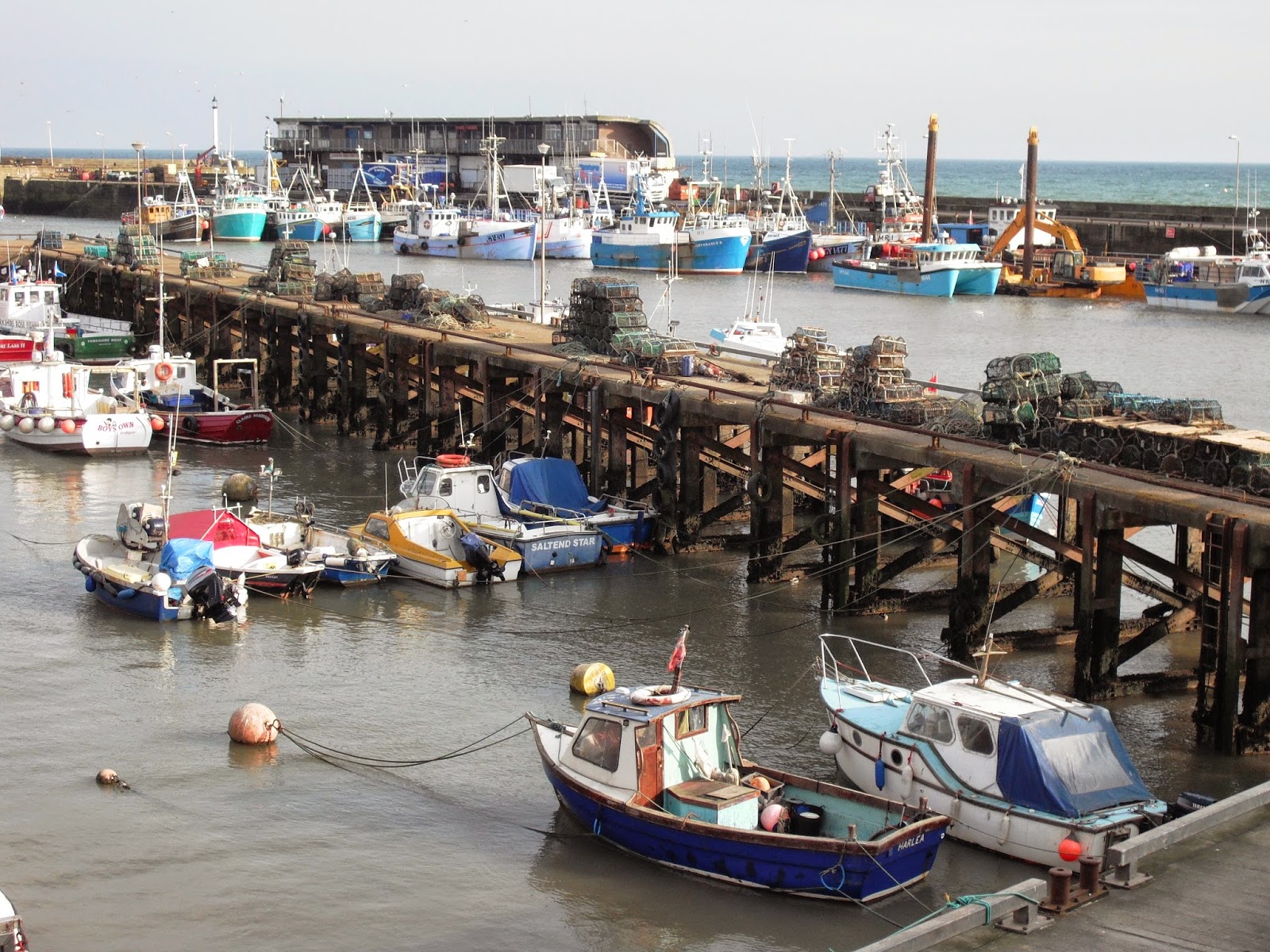 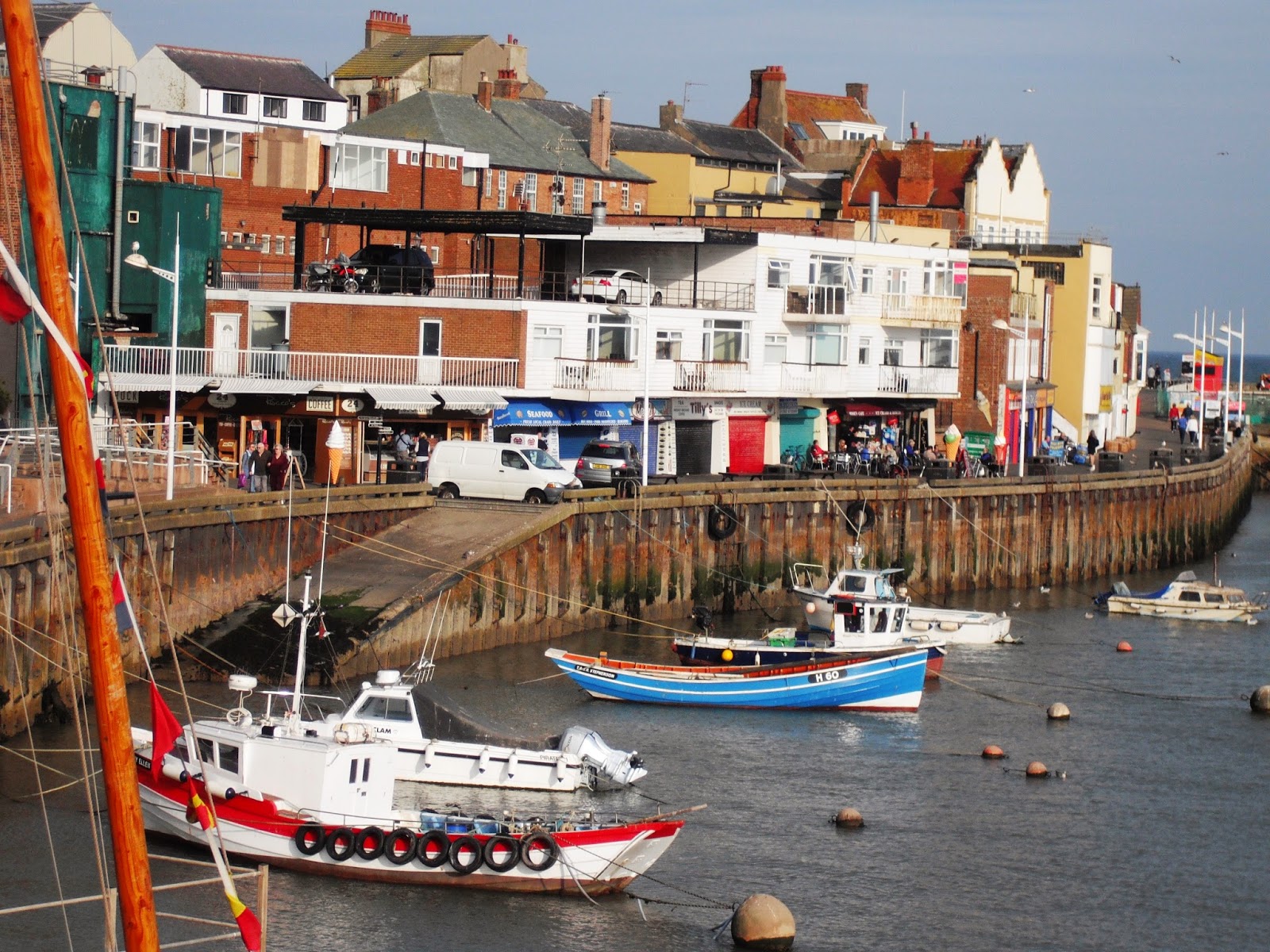 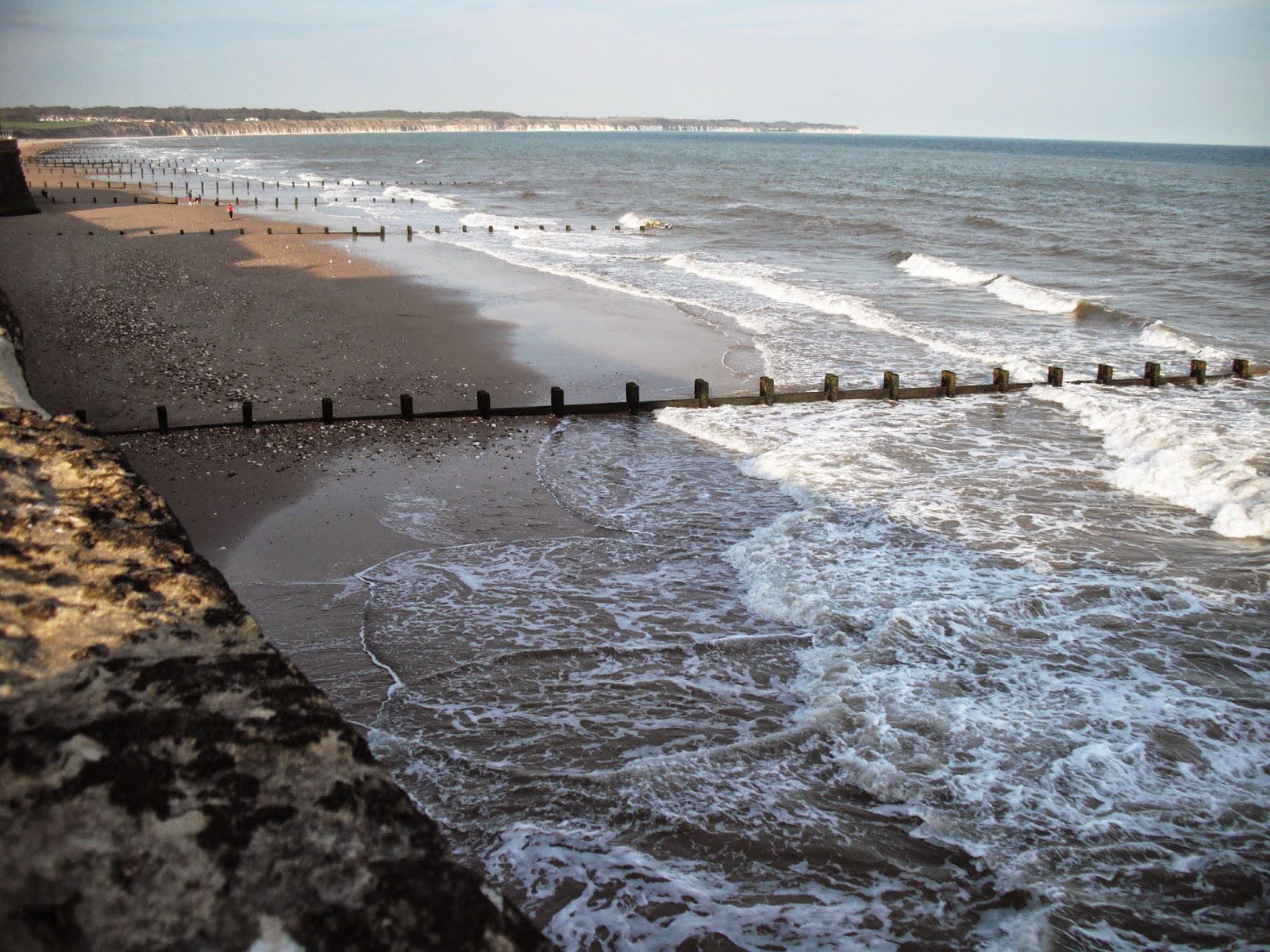 Wow, look at those big wheels, I want one of these. 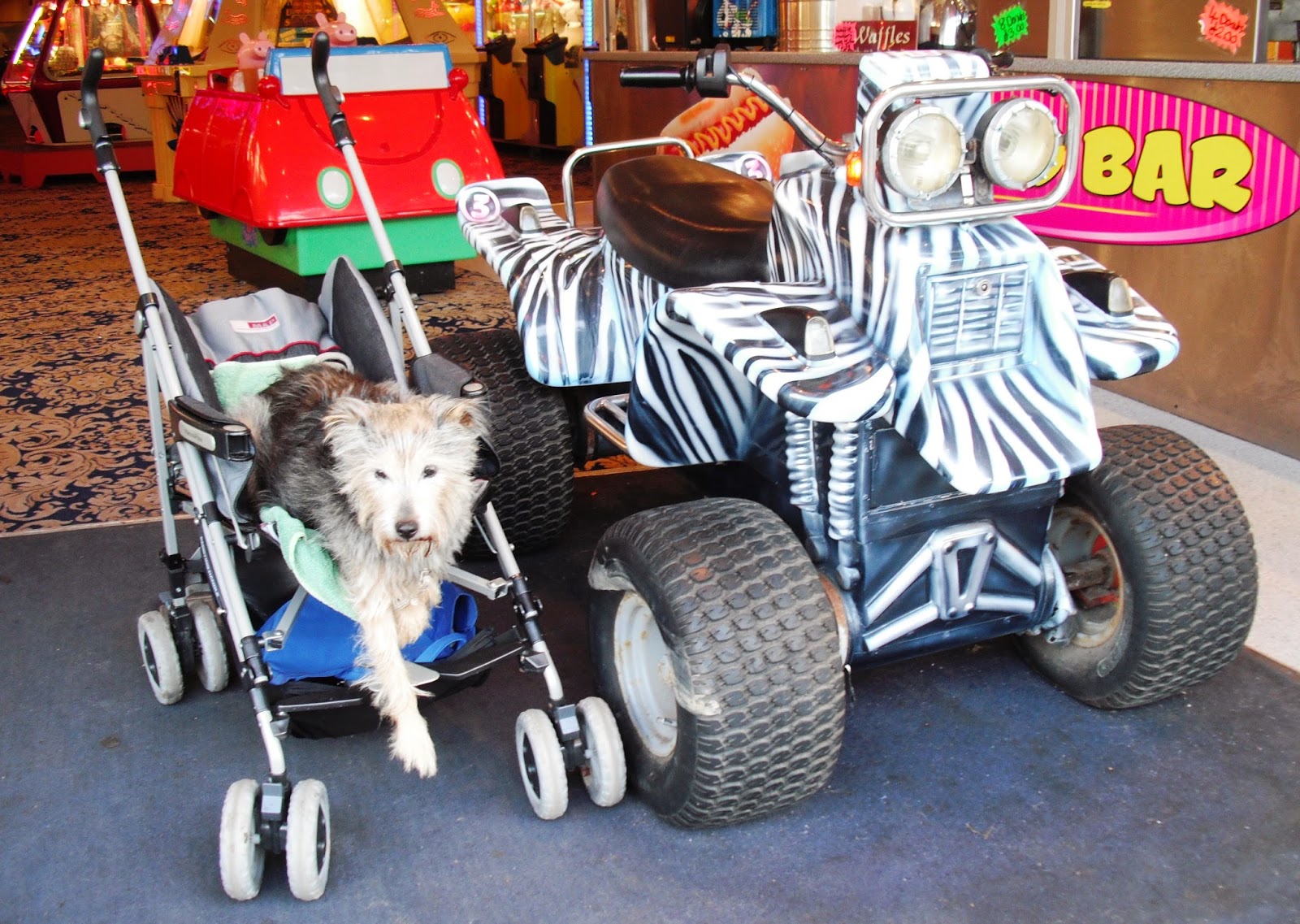 Hey, what's this, another buggy pooch. Say hello Rocky. No, he's got a hood on his buggy and I haven't got one, it's not fair. Don't sulk, I took it off, we don't need it in the sunshine. 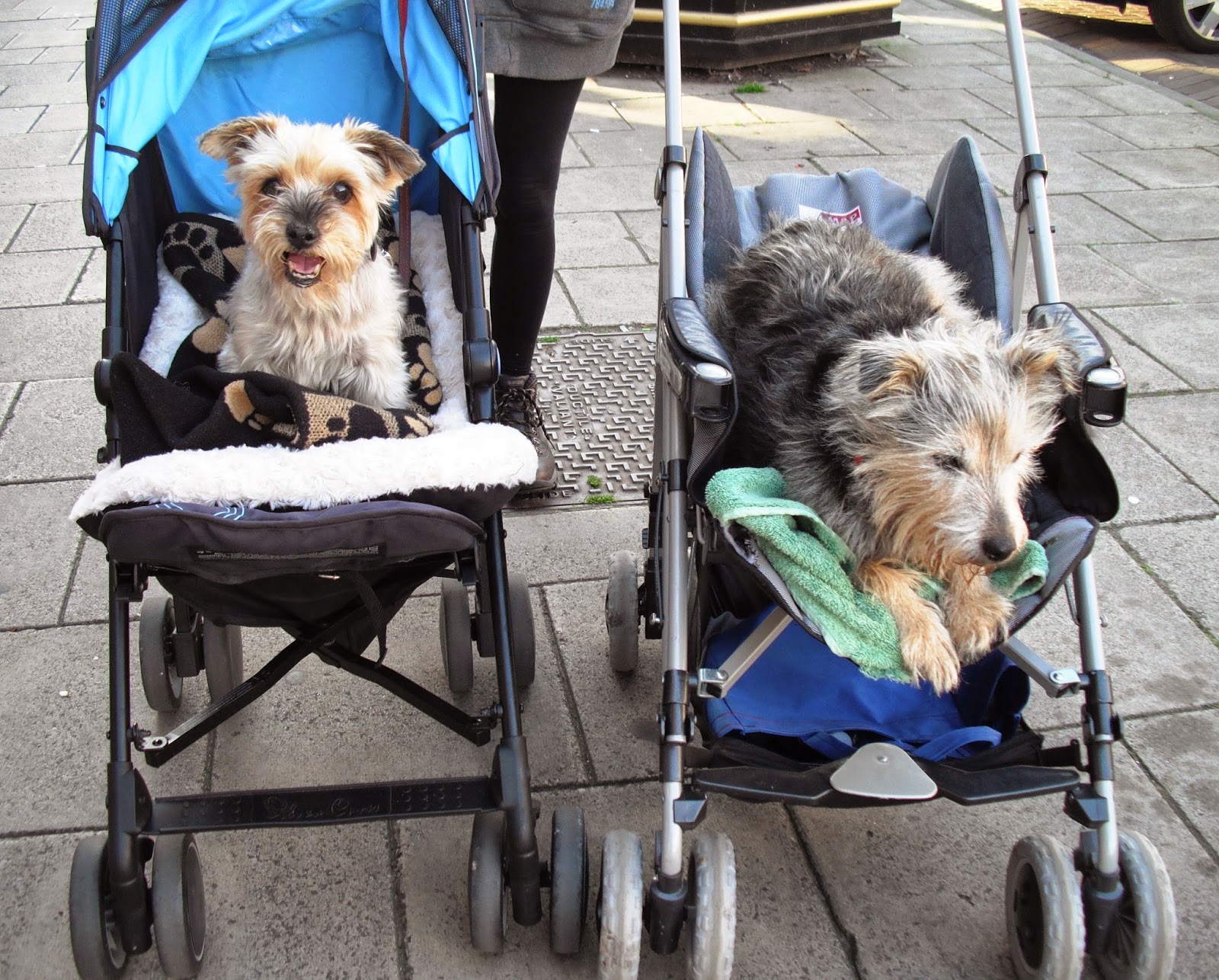 It was a long walk back to the car, good exercise for me. I like Bridlington, it's a nice place. The beaches are lovely and clean, and a lot of the sea front has been modernized. I didn't see any evidence of run down properties. I didn't go into the town so I don't know what that's like, but there are plenty of eateries and lots of seats everywhere. Nice for a stroll on a sunny afternoon.

It's the weekend, I hope you have a good one whatever you are doing. Thank you for all your comments on yesterdays post, it's interesting to read about what you use your computer for. I'll let you off a question for today, but comment if you feel like it.
Toodle pip.