Walking with my buddies

Hello. It's been a nice day for a walk, plenty of sunshine though a bit windy on exposed areas with no shelter. It stayed dry, and the ground was not wet, so it was easy going, until we got to a ploughed field with very deep furrows. Our starting point was All Saints Church in Misterton, a few miles west of Gainsborough. 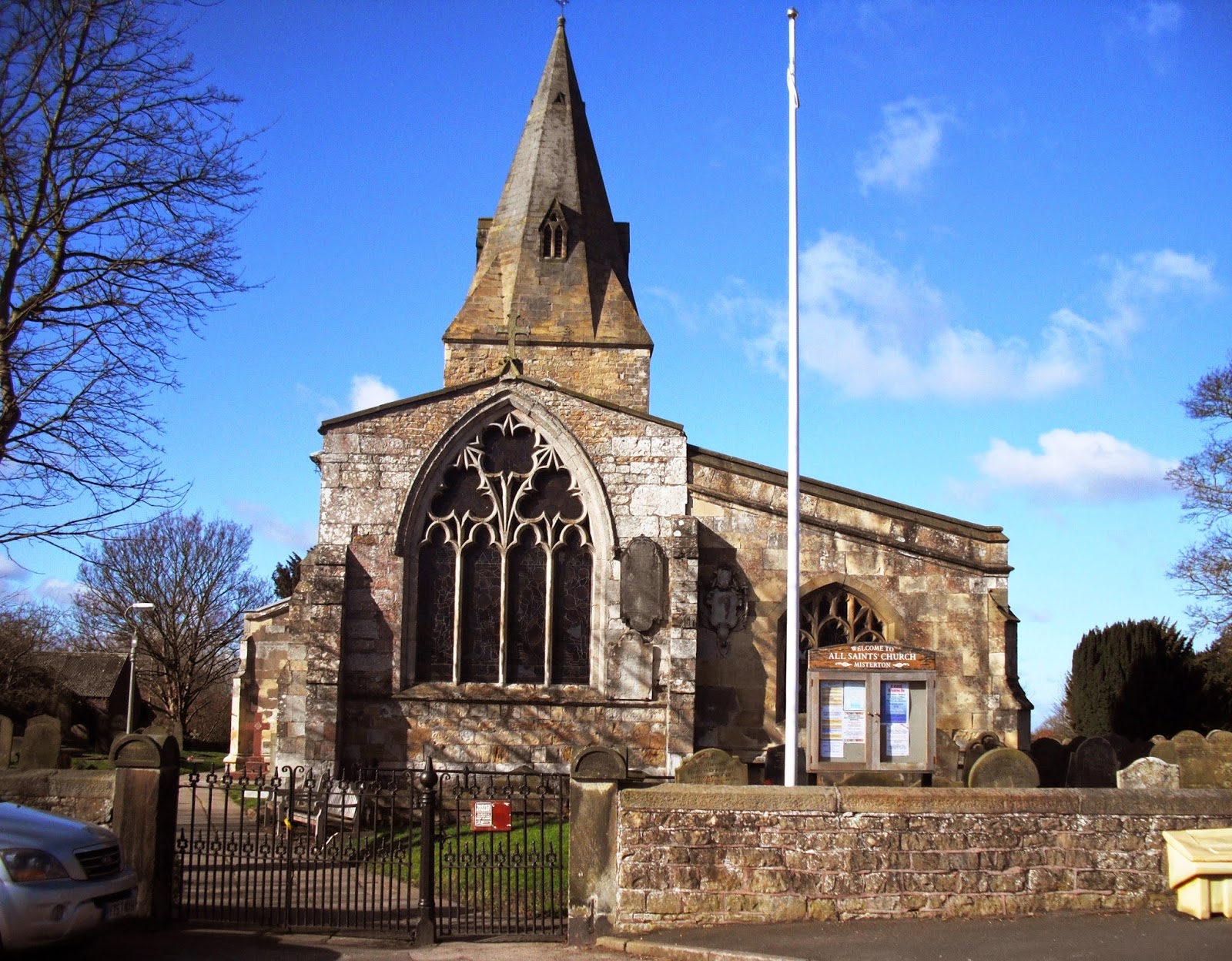 A new monument has been installed since I was last here. Paul is setting up his GPS in his phone. 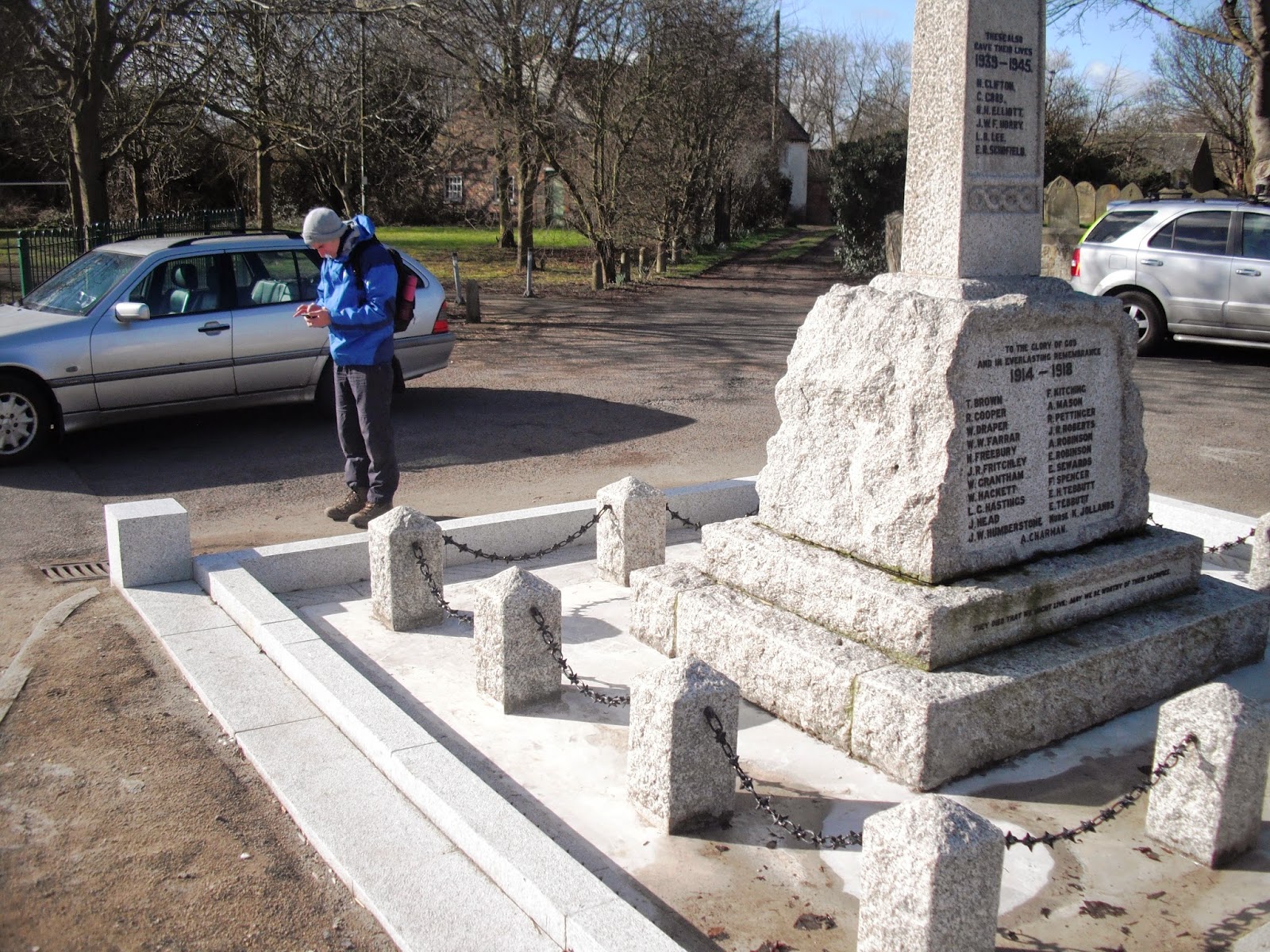 We set off down the Chesterfield Canal, a route I have taken before. It wasn't long before we came across a dog walker. I love it when they come bounding towards you with a waggy tail. Slobbering all down your trousers, ha ha. 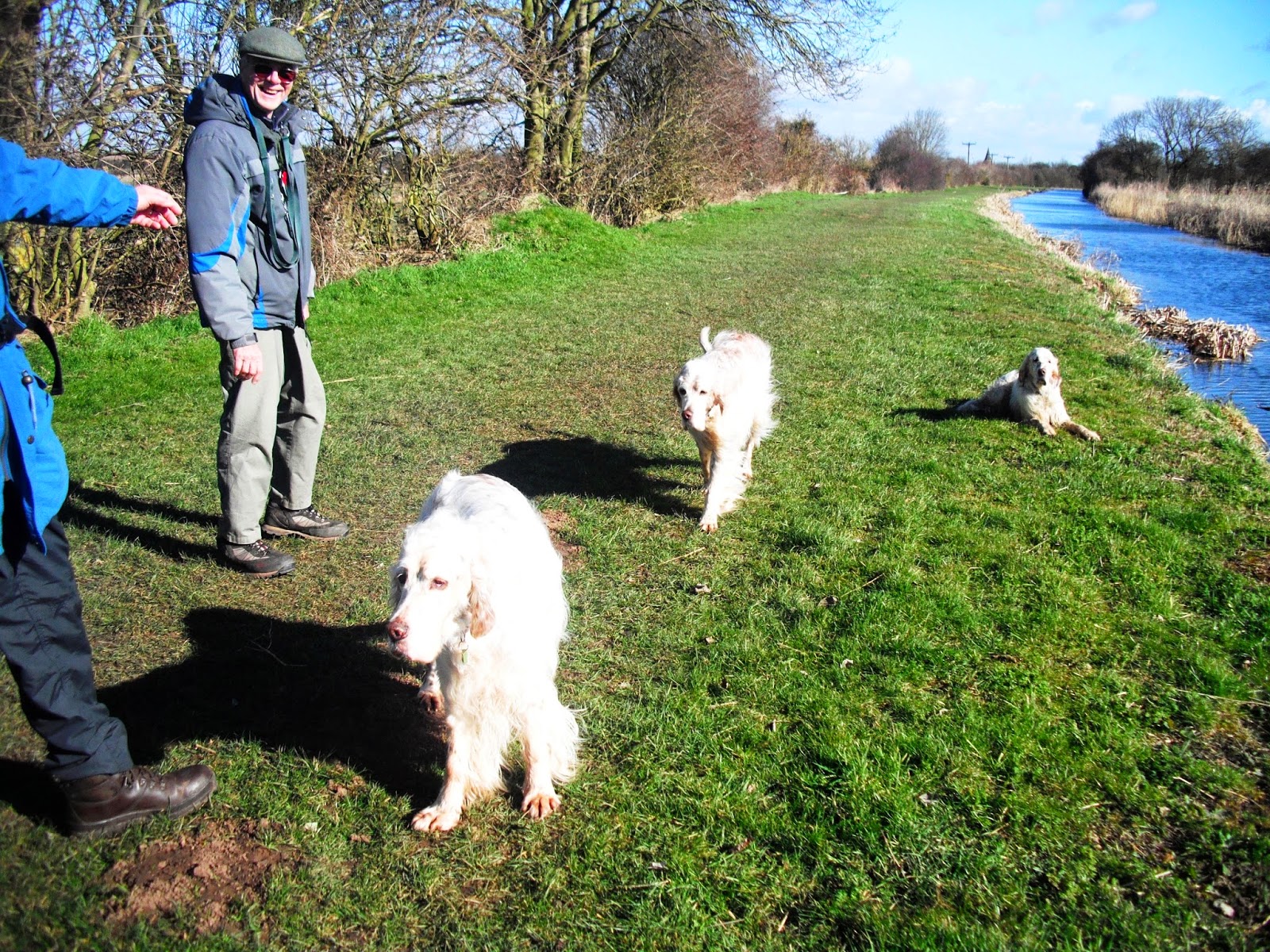 Paul decided he would try and open the lock gates, don't know why, we haven't a boat to get through. 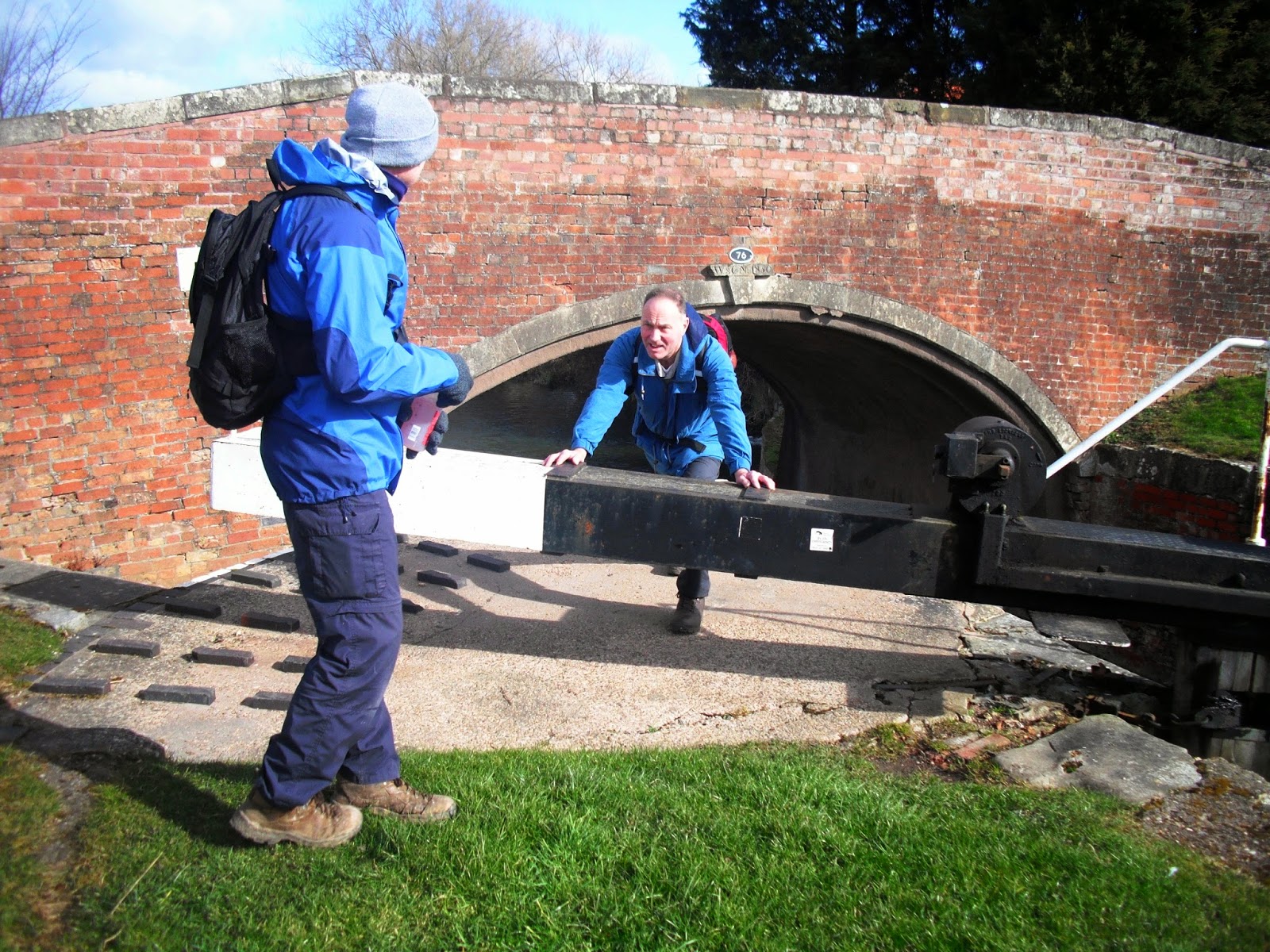 Paul sat on it for the ride. 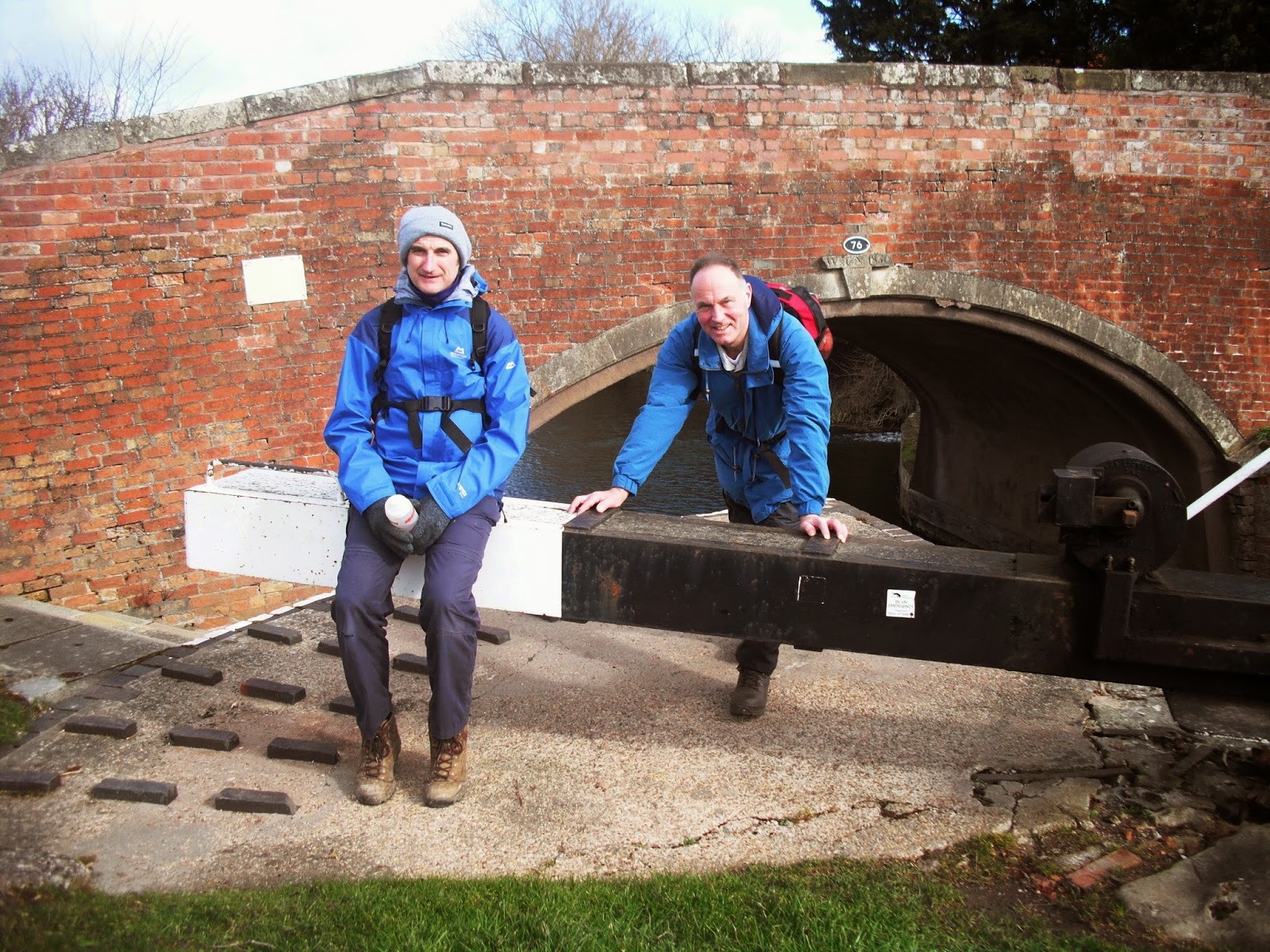 We followed the canal for almost six miles, it was a long straight stretch passing under six bridges. It then took a sharp left turn, underneath the A631 and went into the Drakeholes Tunnel. At this point we had to take the footpath to the right, and cross over a minor road, and pick the canal up as it came out the other side. 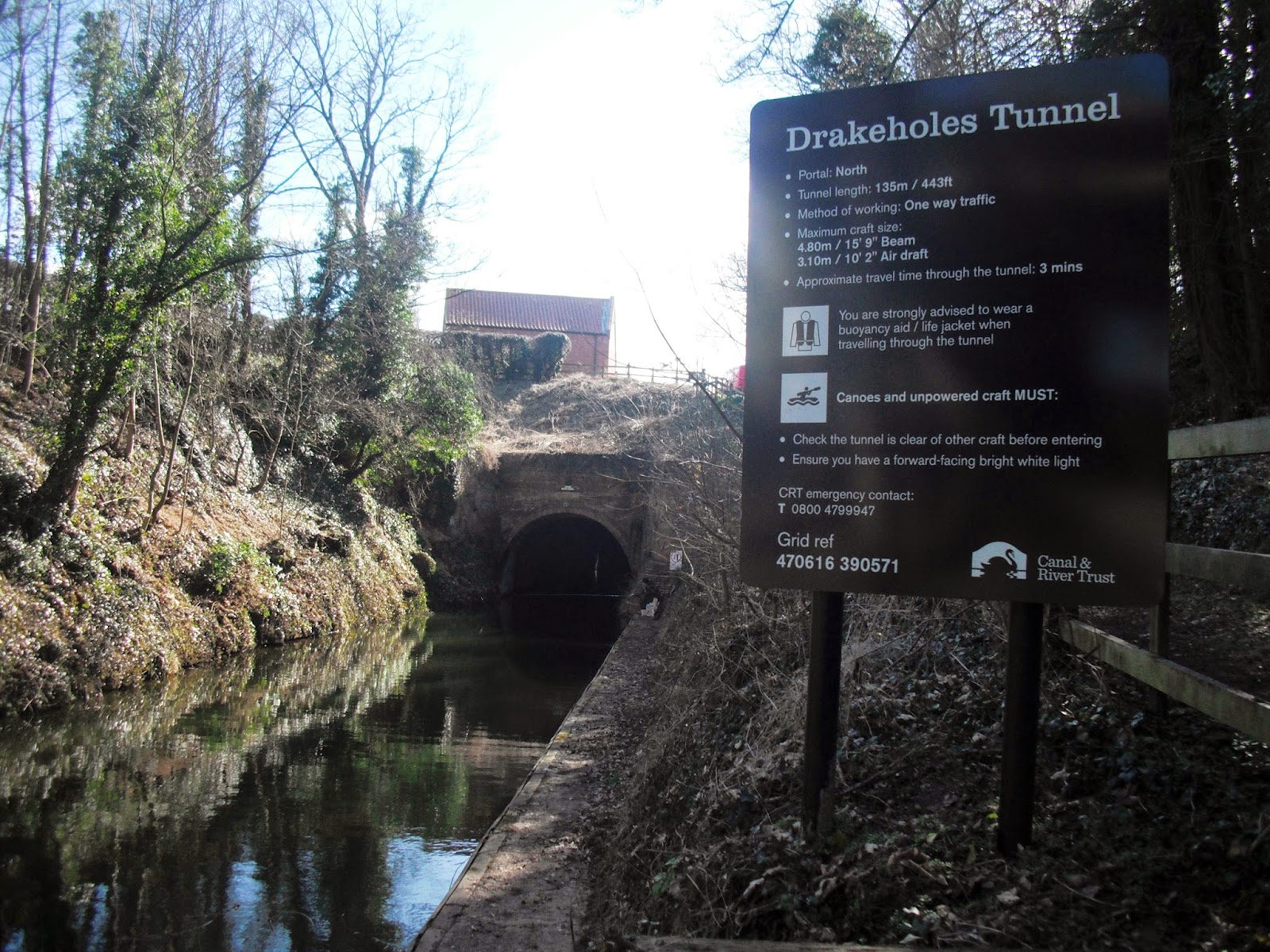 Just crossed the road, looking down on the canal. 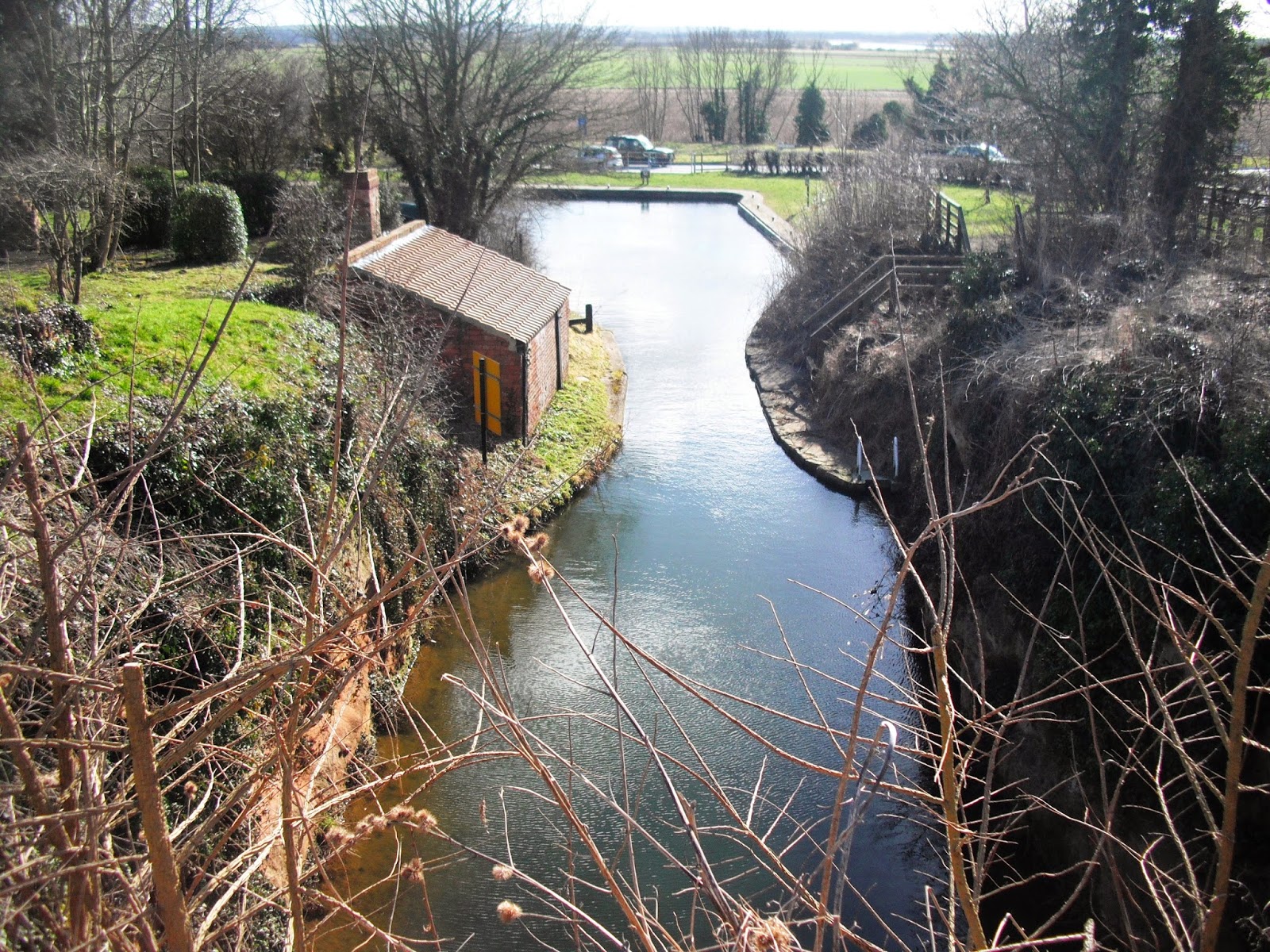 There is a hotel restaurant called The White Swan on the main road, such a shame that it has closed down, it's a lovely building. 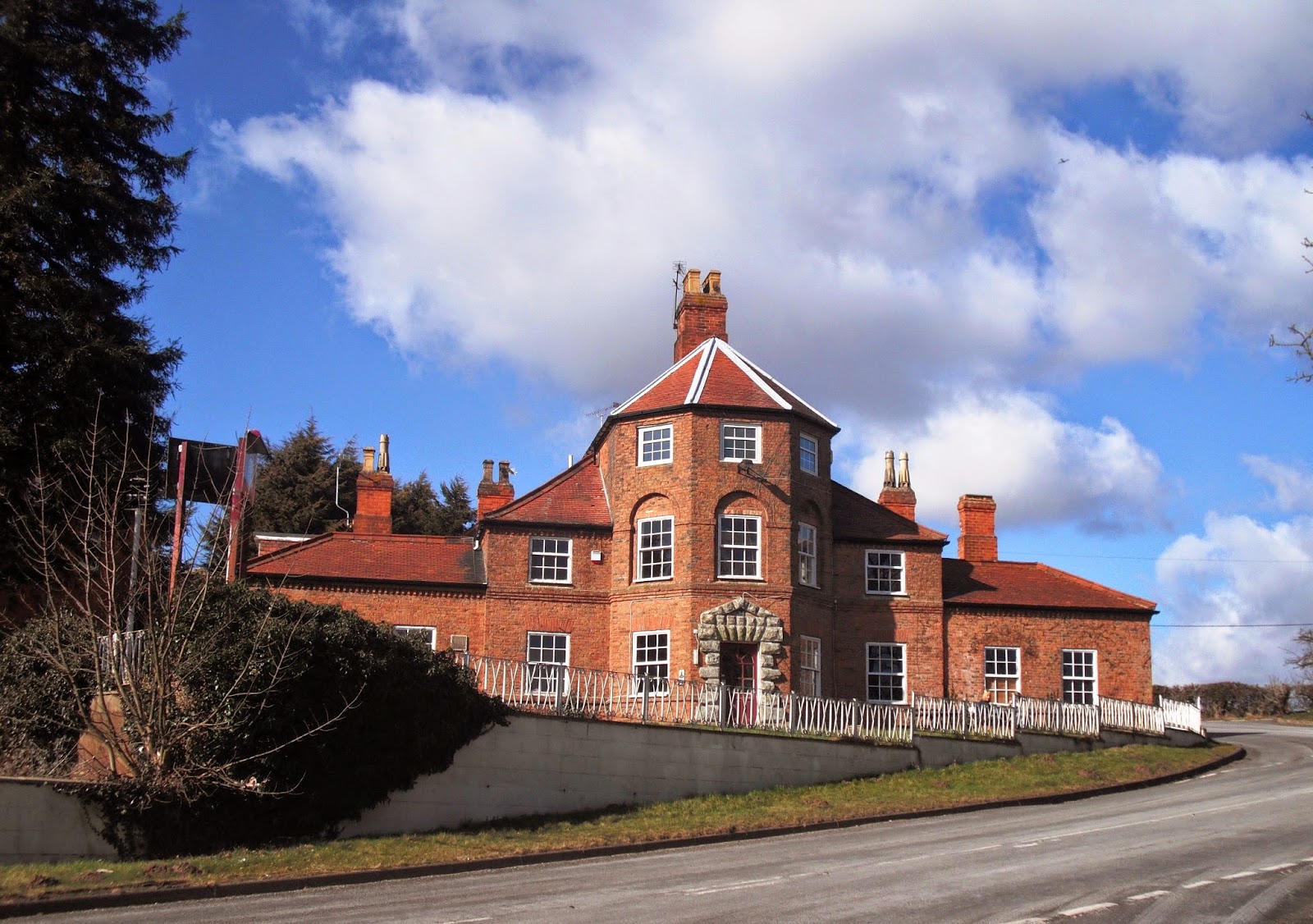 We've picked the canal up again, you can just see through the tunnel to the other end. 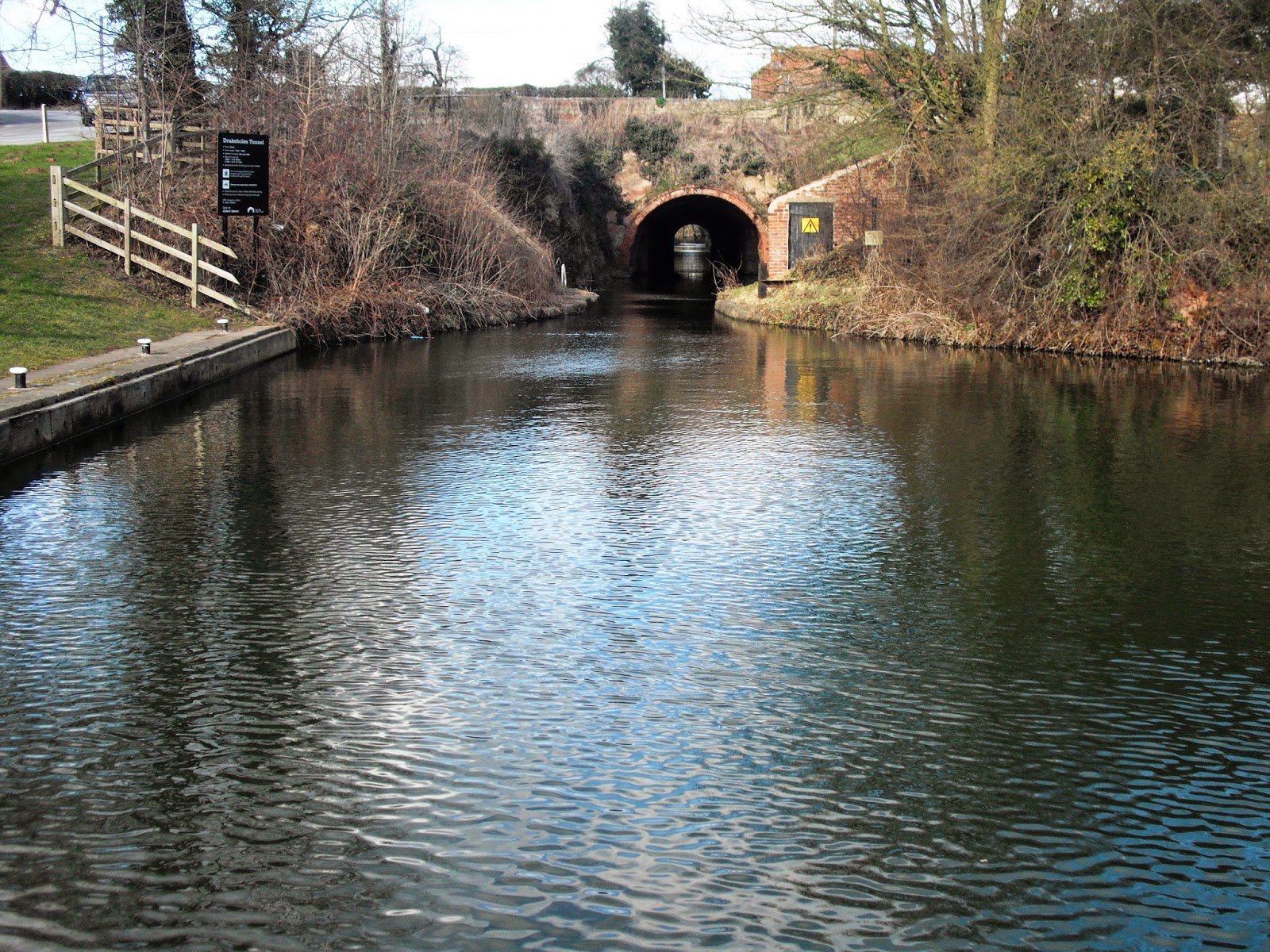 Another stretch of canal walking, just as we passed under a bridge at Wiseton we found some people filming, it's amazing what you come across. They were very friendly and posed for a photograph. They didn't know where the film would end up, first it was going to be shown at film festivals. 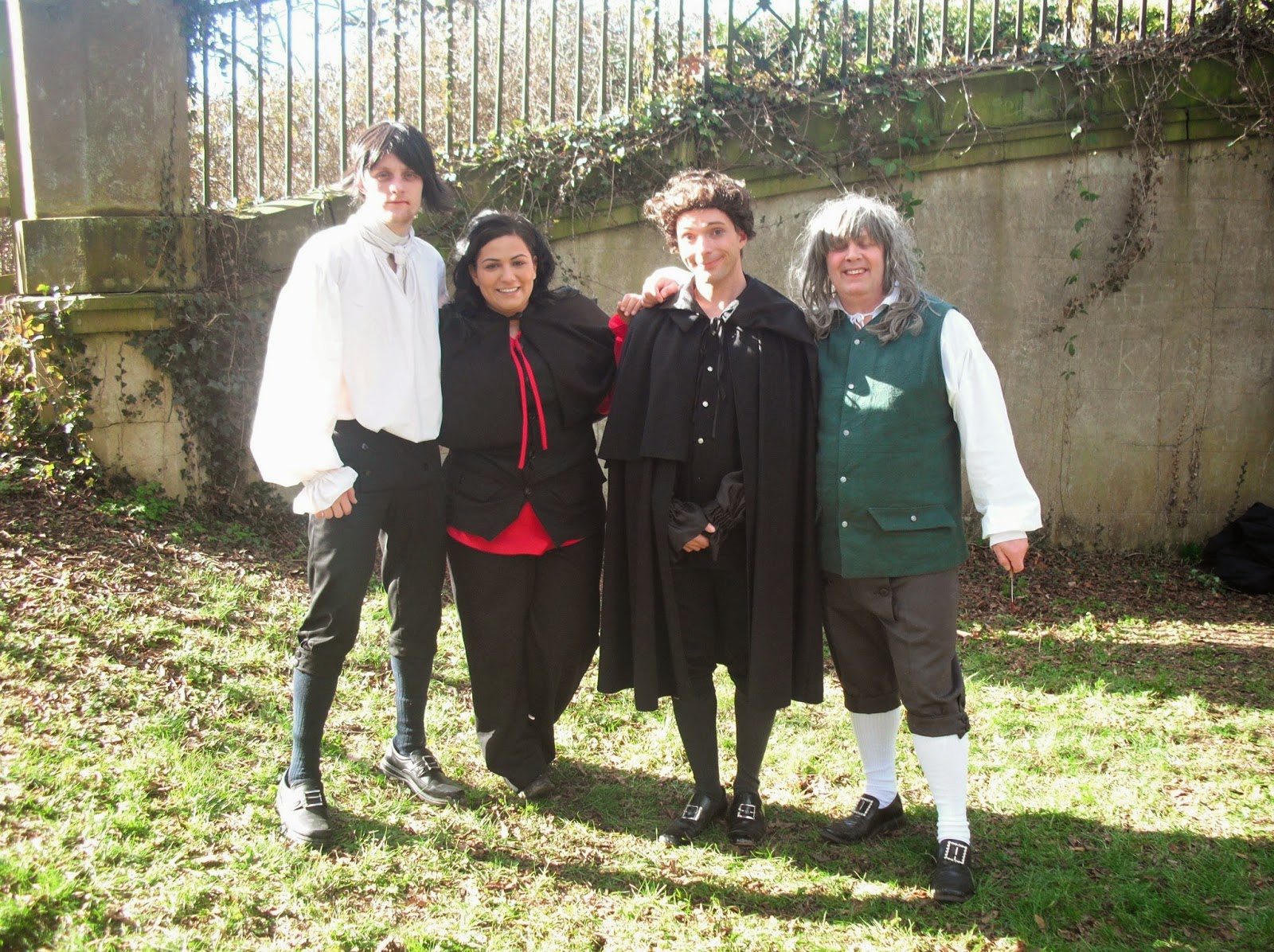 We walked through Wiseton village and just as we got back on the canal we found a bench to sit on in a sunny spot. I was ready for lunch. It was lovely, listening to the birds twittering, I could have stayed there a bit longer, but we had to get on. The way the trees were leaning towards the water makes a nice picture. 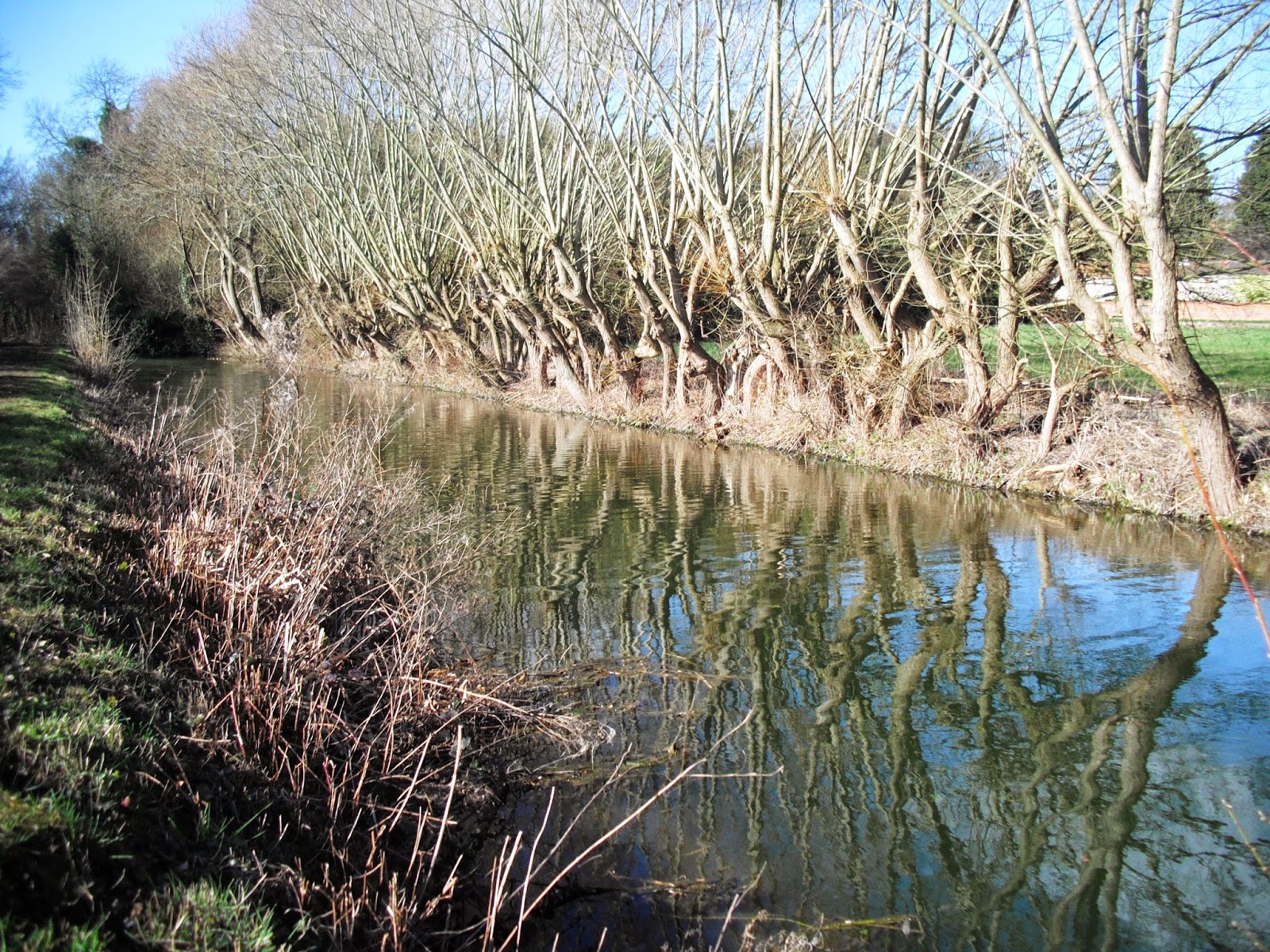 We got off the canal and walked into Clayworth. St Peters Church looks nice in the sunshine. 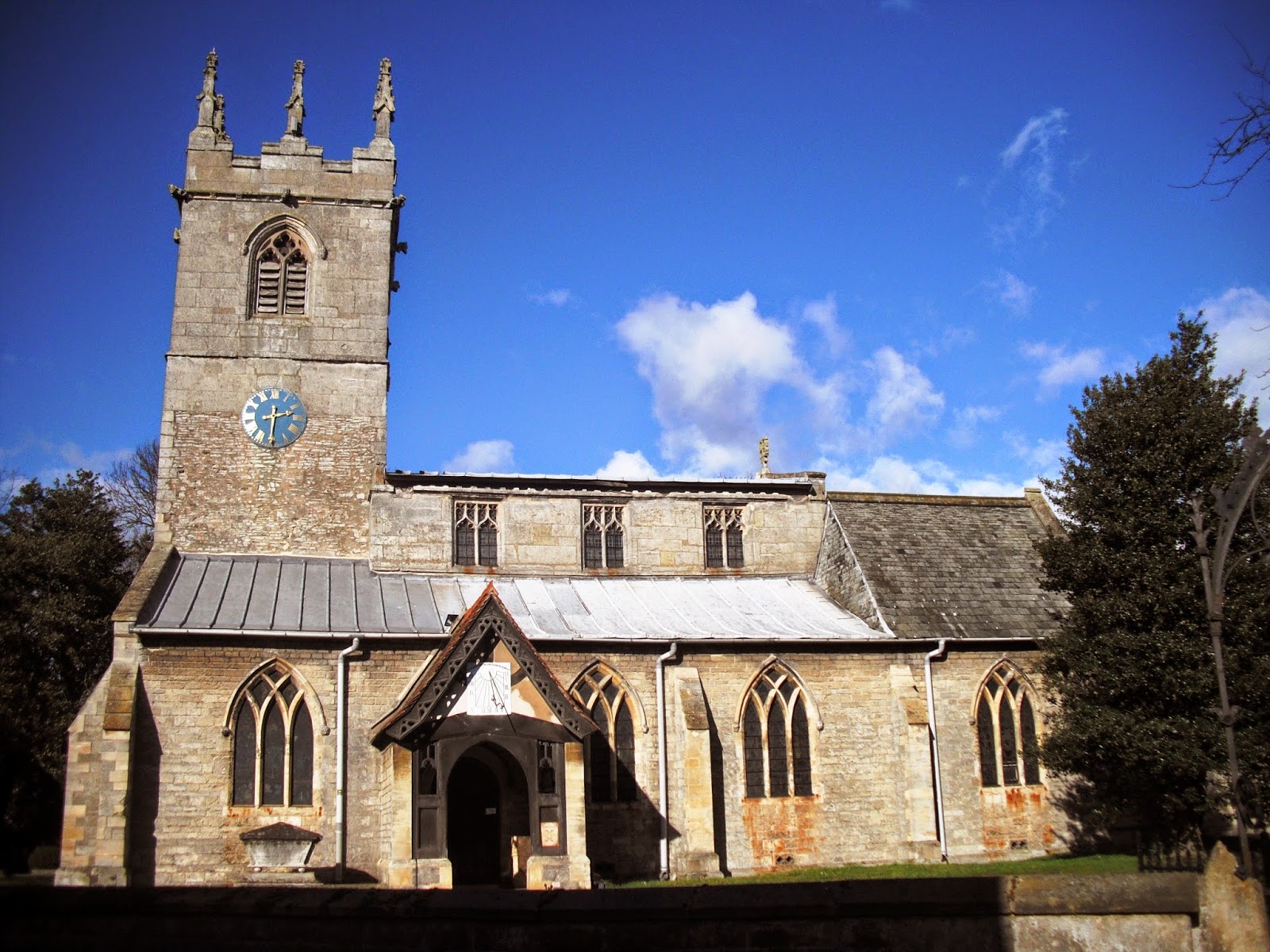 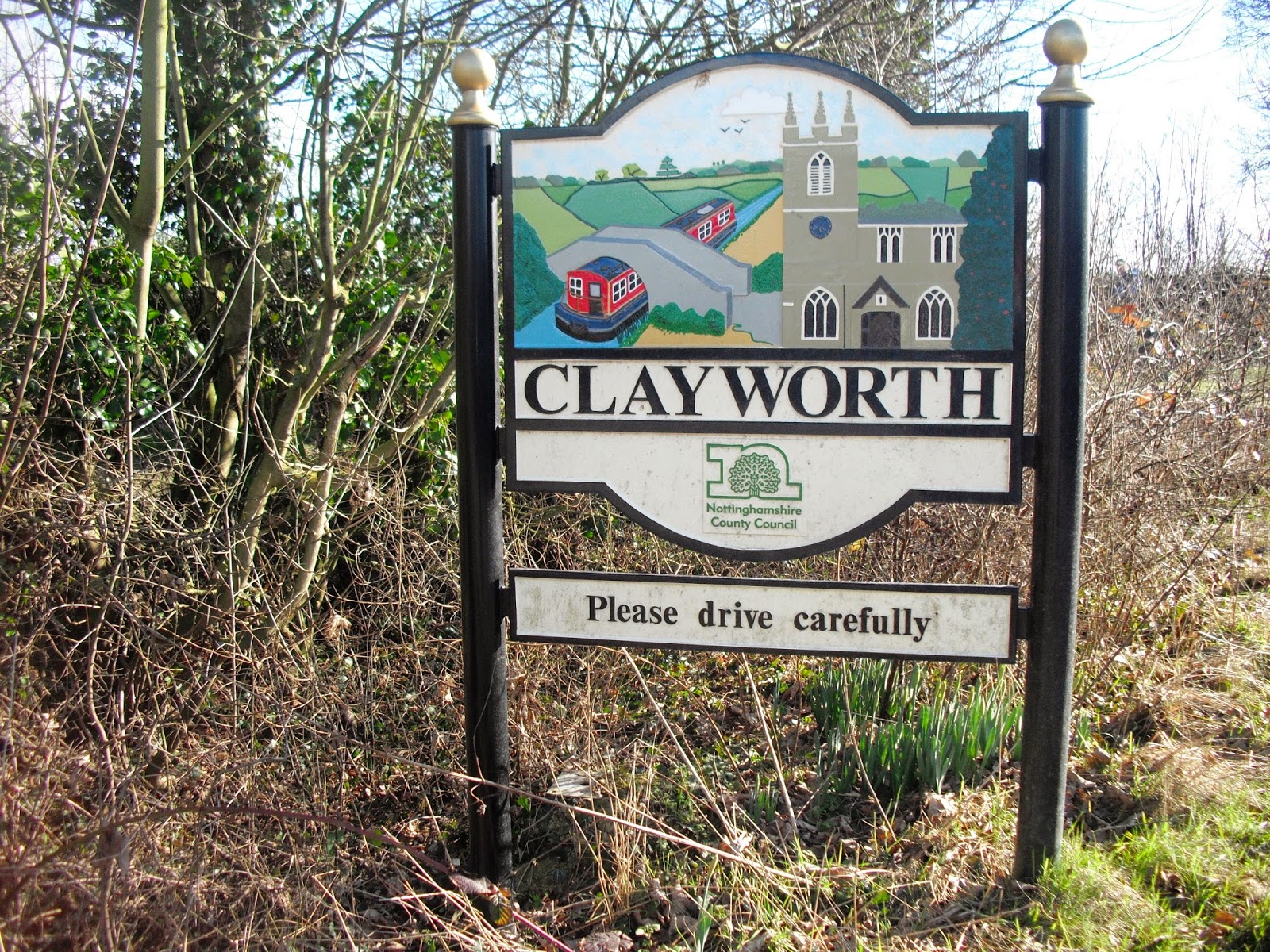 Then it was quite a long trek across fields, past Clayworth Woodhouse and Beckingham Wood, cross over the A631 and take a track to Walkeringham. This is the Parish Church of St Mary Magdalen. 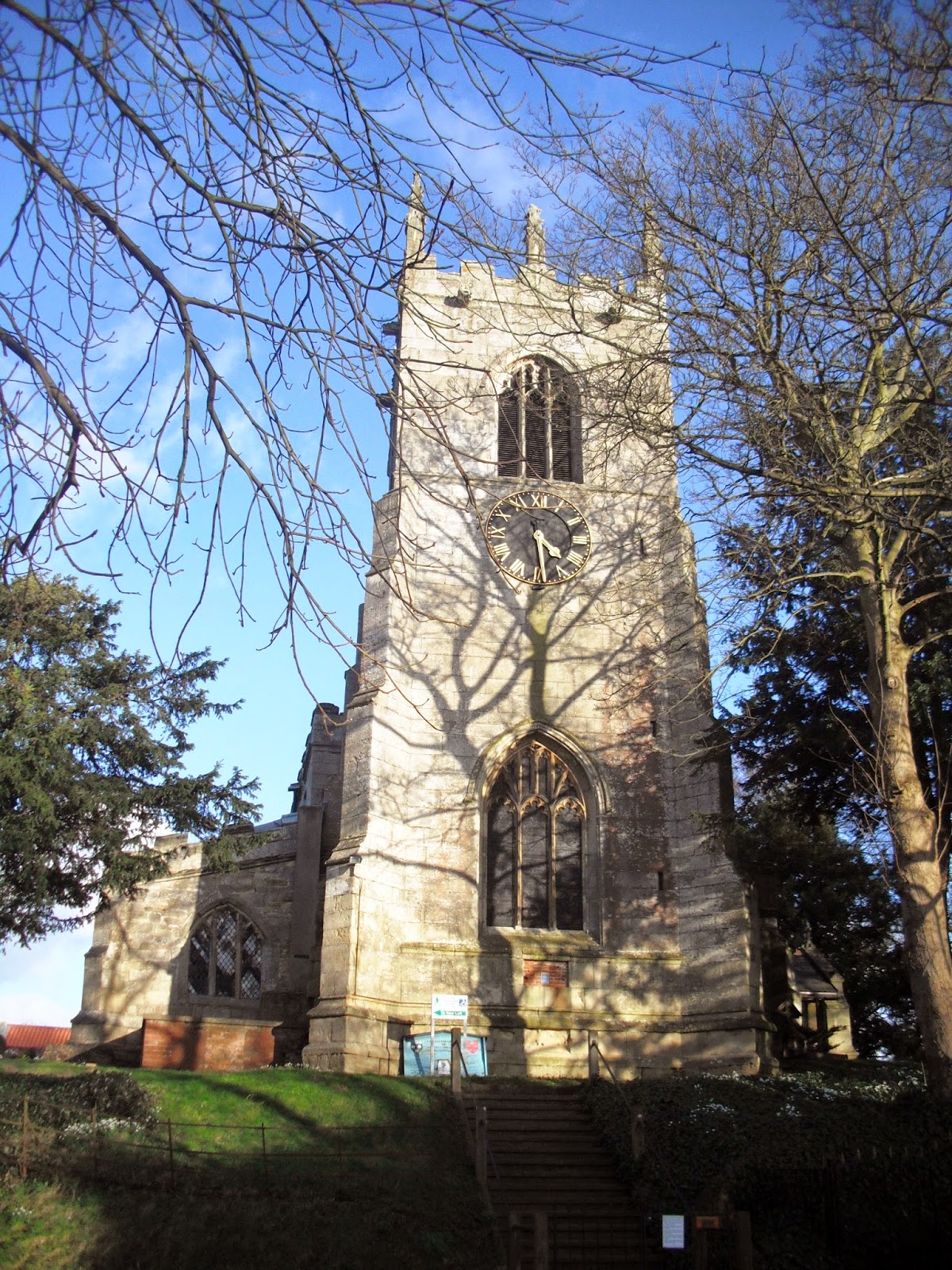 From there we walked along more fields back to Misterton. Here we have a portrait of Her Majesty on the side of a boarded up building. Seems a strange place to put it. 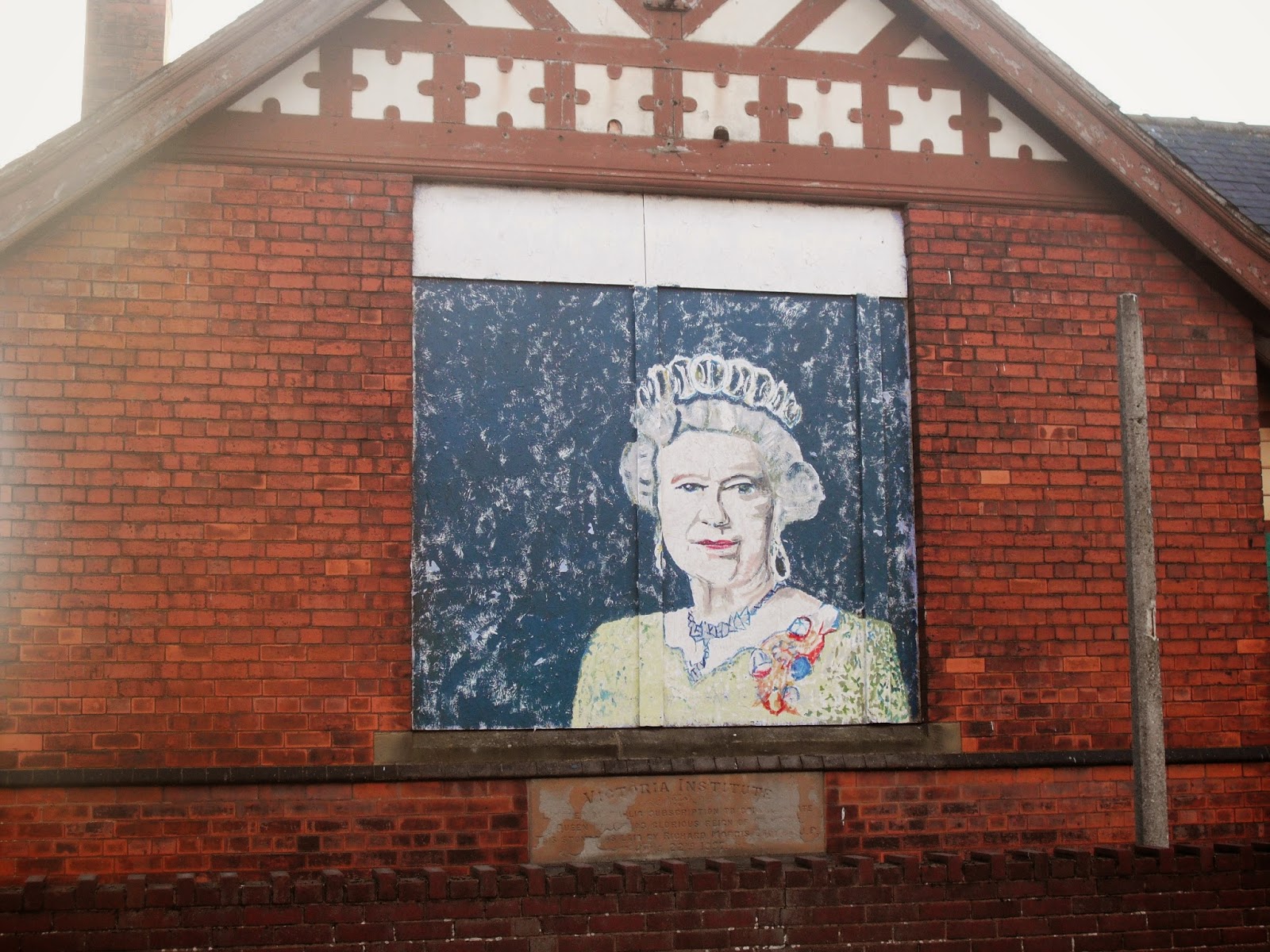 The Methodist church in Misterton is a splendid old building. 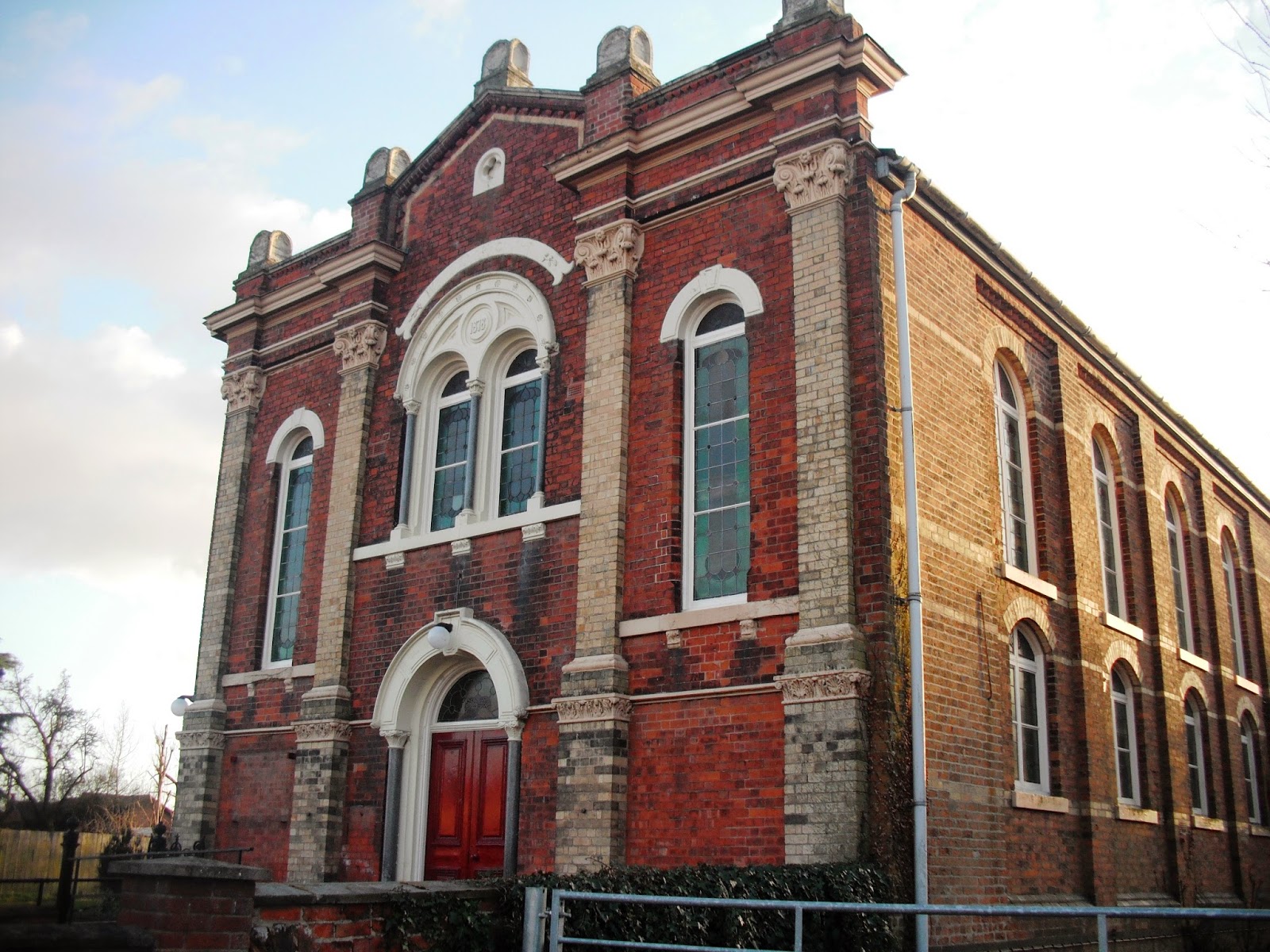 It was gone 5pm when we arrived back at the car, Paul checked the distance, 14.75 miles. A bit further than last time, but not so strenuous because it was mainly flat. Paul's shift patterns are changing at work soon, so we have to wait and see when his next day off will be.