The joys of camping in the car

Hello. Woke up to brilliant sunshine this morning, typical, could have done with this yesterday. Anyway, the camping story. We found a pitch on a camp site near Whitby on Friday night. I decided not to put the tent up because it was windy, all the tents around were flapping madly. We stayed in the comfort of the car, and watched others put up their tents. A group of bikers arrived and had theirs up in no time, but a couple opposite were struggling with theirs, in took them nearly an hour. I haven't seen a tent like that before, the wind kept blowing it along the ground before they had chance to peg it down. As it got dark we bedded down in the back, plenty of room with all the paraphernalia stored in the front seats. Goodnight Rocky. 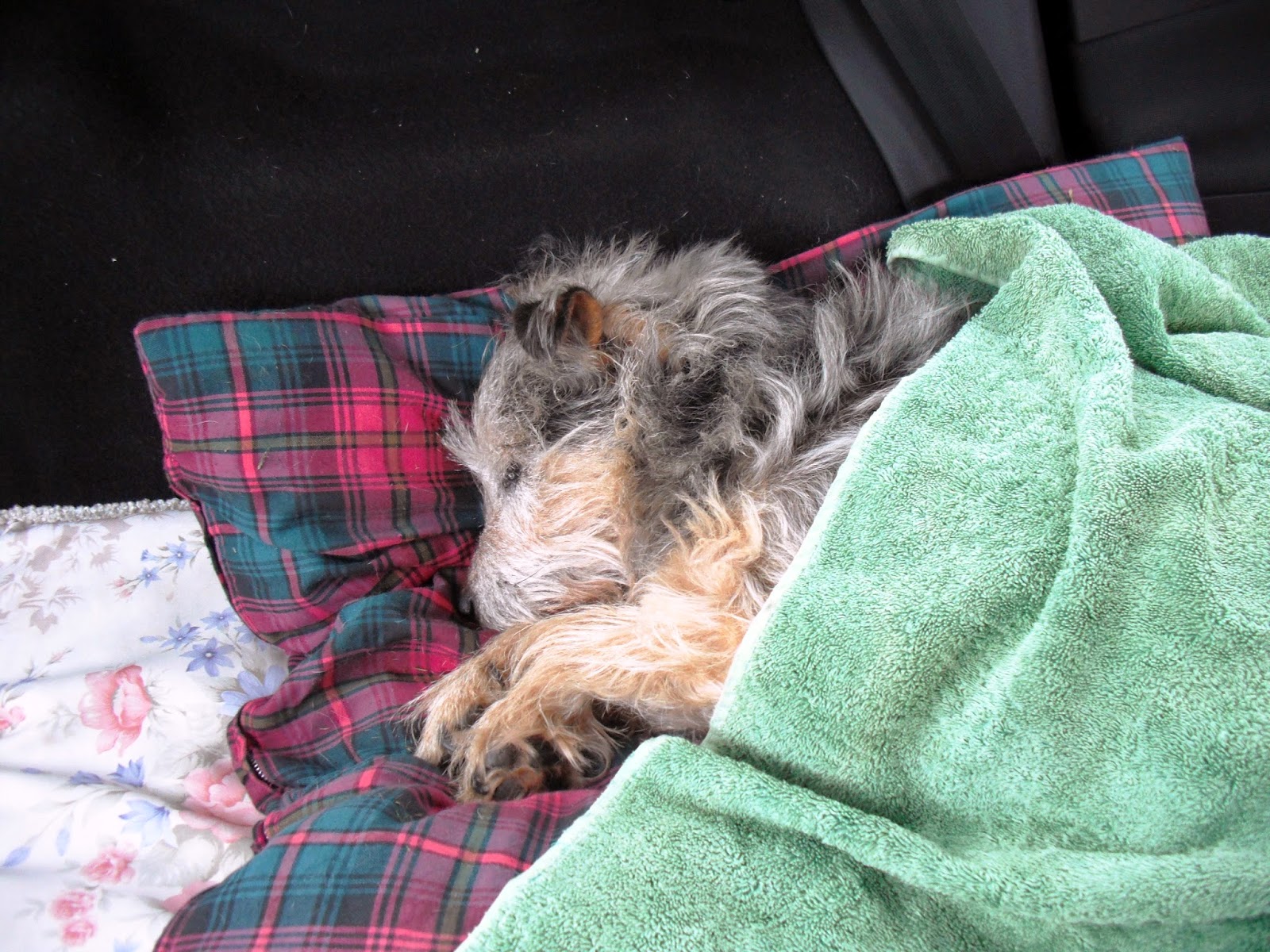 It started as soon as we closed our eyes, the clicking noise and the hazard lights flashing. It stopped and it started again a few minutes later. The lights went off, then they came on. I worked it out that there was a sensor detecting movement inside the car. Oh bugger, I will have to lie still all night long, an impossibility on a hard surface, I will need to change positions. The flashing lights stopped for a while, but came on again as I turned over. In the meantime I was pressing the buttons on the key to stop it, that didn't work. Then I reckoned that the keys need to be outside the car, so I tied them on a piece of string and lowered them to the ground through an open window. That seemed to work, but still I kept my movements to a minimum. I eventually got some sleep but kept waking up several times to check there were no lights on. I didn't want to disturb my fellow campers. This is something I will have to look into if I sleep in it again. When I turn the ignition off and take the key out a notice comes on the screen that the interior electronic scanning is on. There is an option of turning it off, so I will have to refer to the manual to find out how to do that.

It was cold and windy the next morning. I had a makeshift breakfast, Rocky got his normal food which comes in pouches. Now why don't they make a human breakfast in a pouch which can be eaten without warming it up, ha ha. After a chat with my camping neighbours I decided that I had seen enough of Whitby and didn't need to go back, so we set off down the coast to call in at Scarborough. I followed the signs for North Bay and parked on the sea front. The sea was a tad rough, and it was a bit nippy. These hardy people were having a surfing lesson. You wouldn't get me jumping about in a cold rough sea. 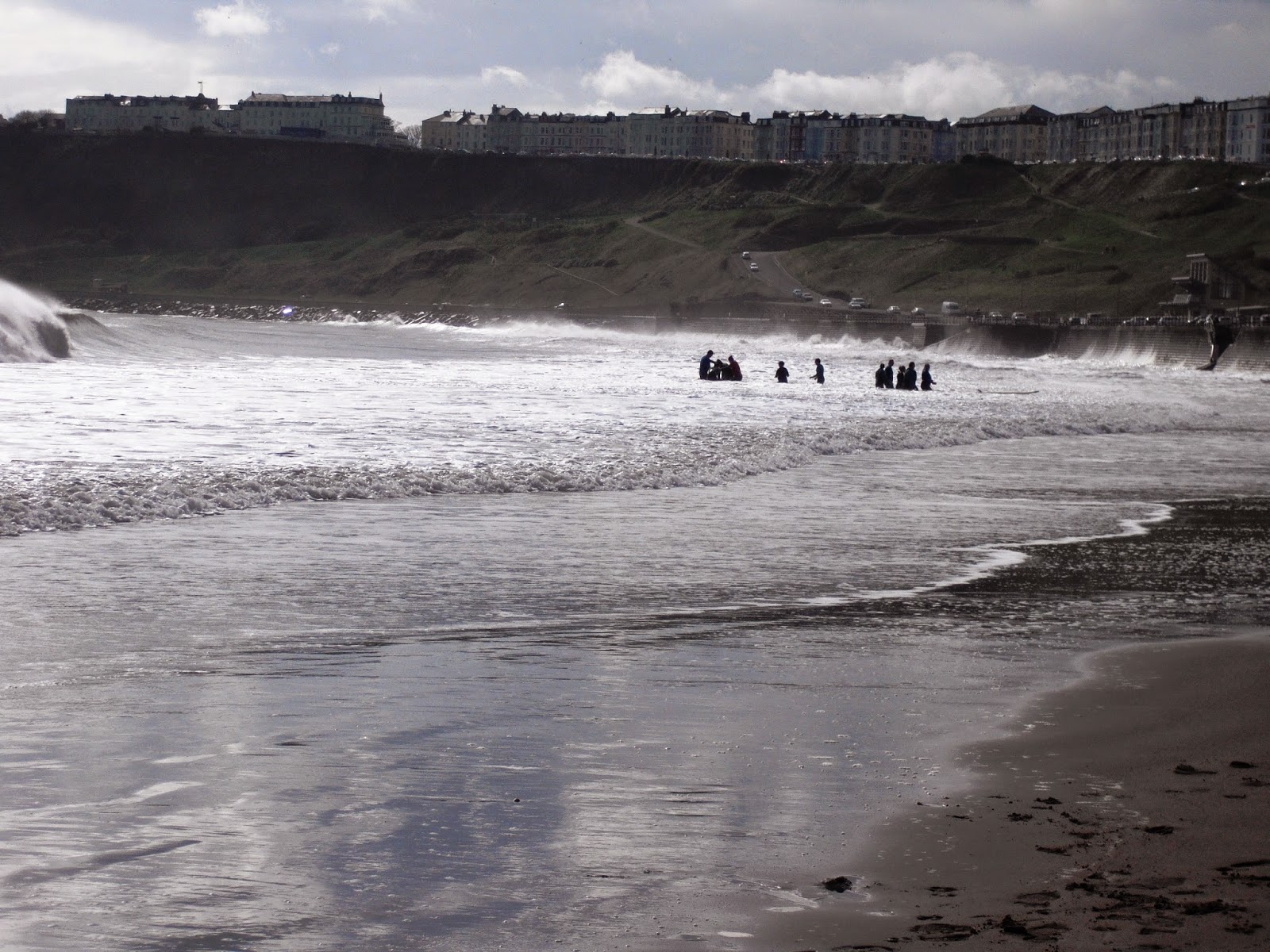 The sky was a bit overcast and I was shooting into the sun which was struggling to make an appearance. 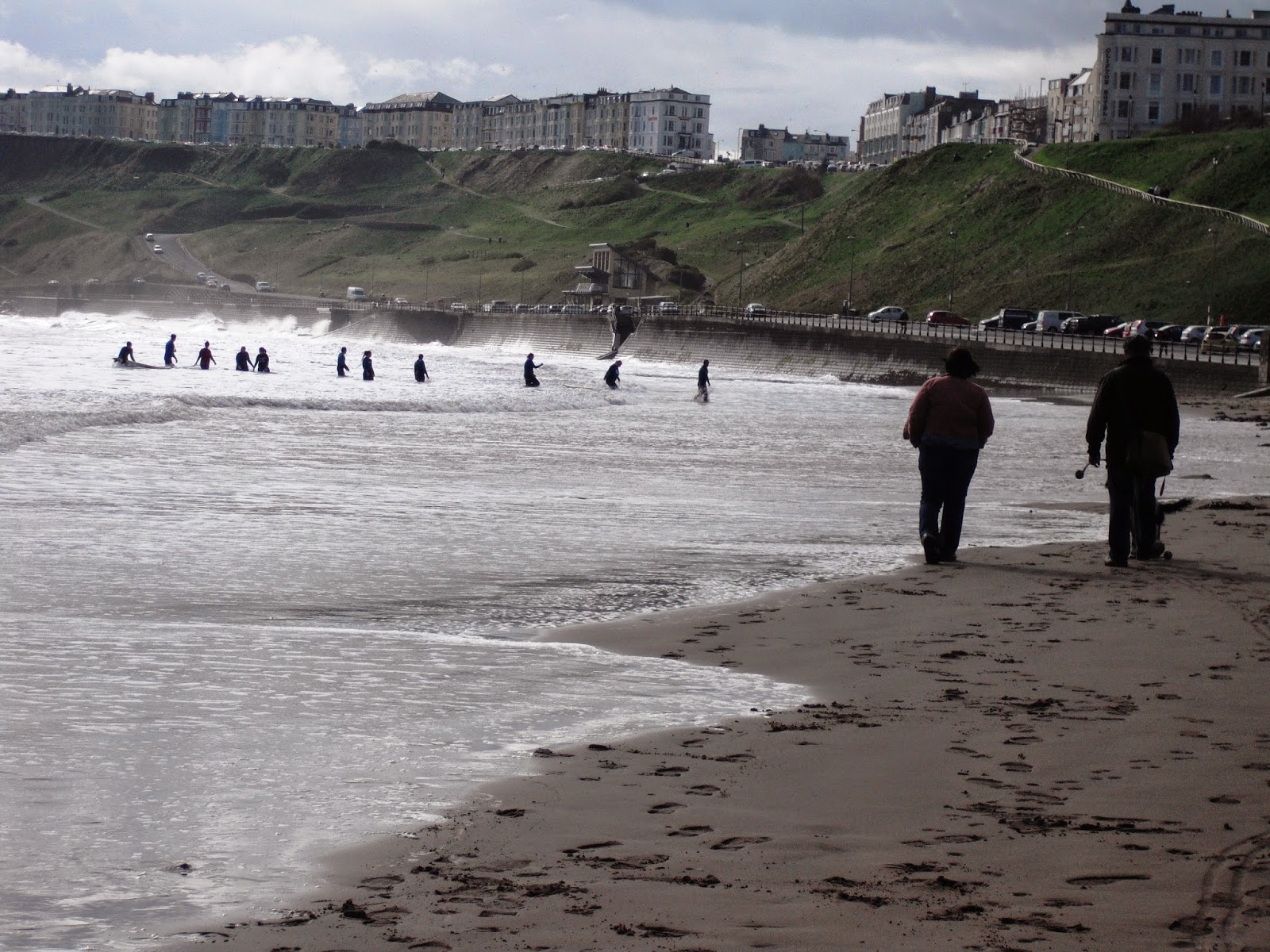 Twenty minutes later as we were walking up the beach, the sun eventually broke through. Look at the difference, there's blue sky here. Howzabout one of these Beach Chalet's, fancy one? Don't they look fab. 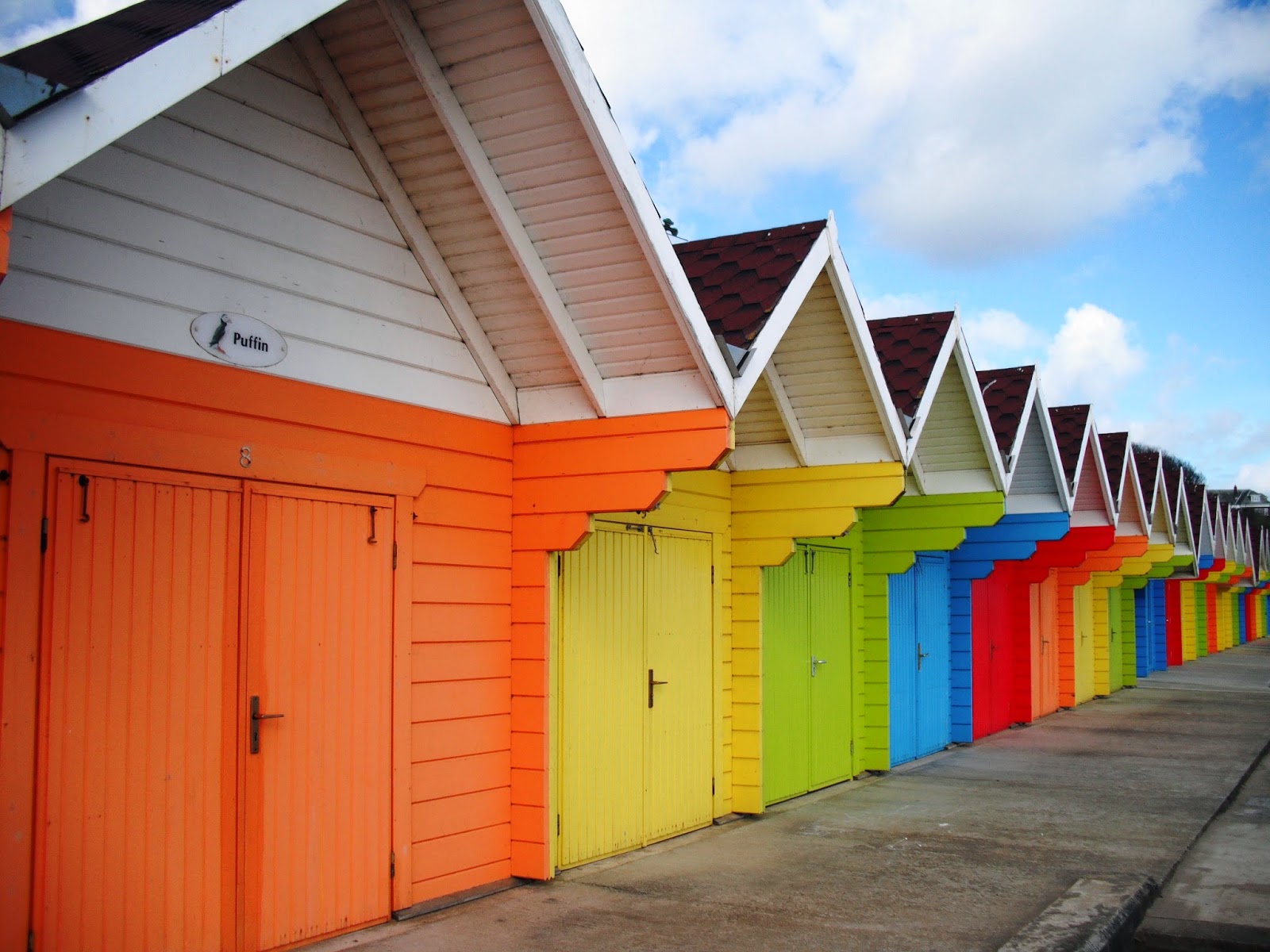 Double Deckers here, if you fancy one upstairs. 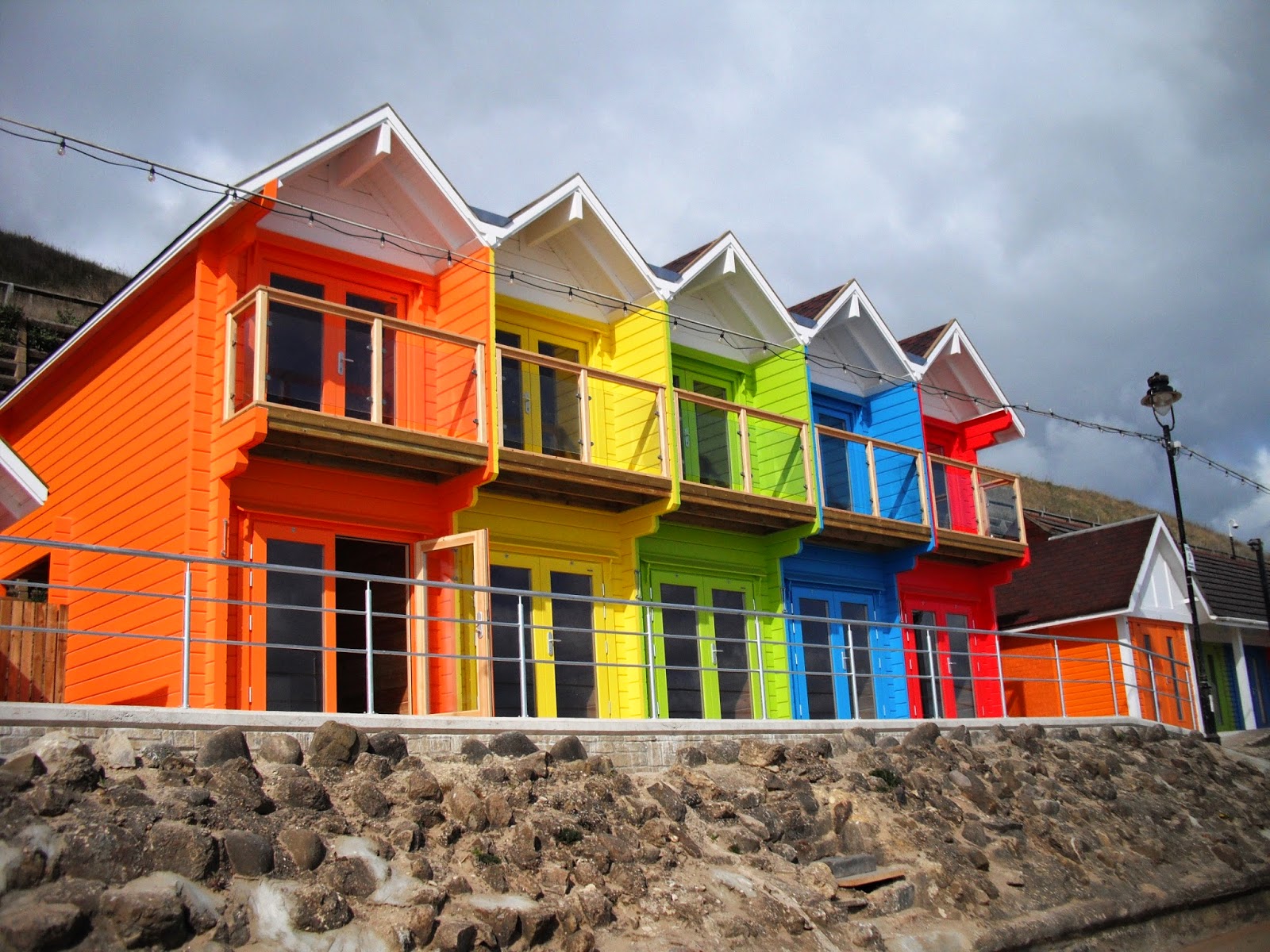 The sales office is now open. No this isn't a sponsored post, I get nowt for telling you this. 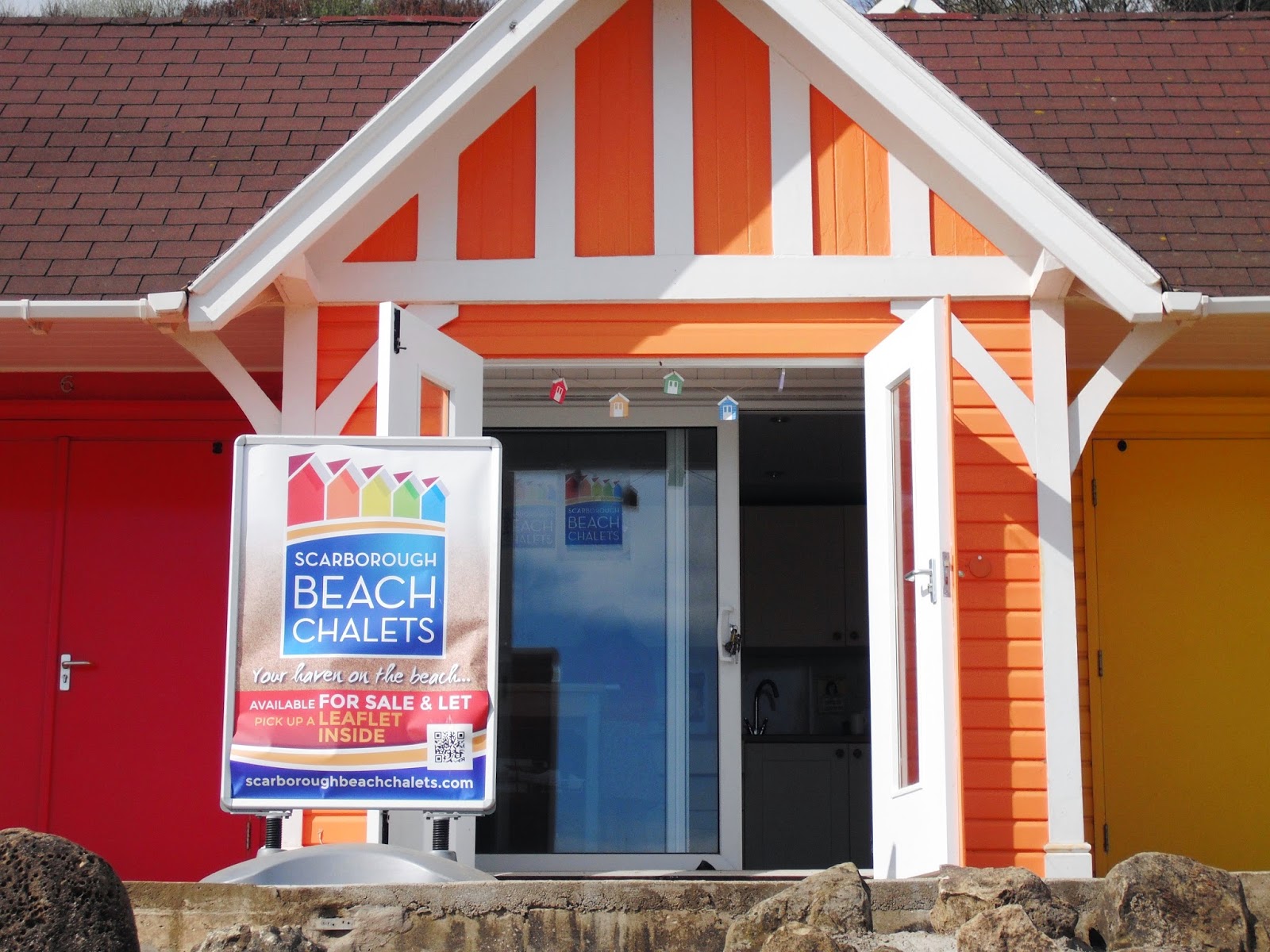 Rocky likes walking along the beach, and having a paddle. 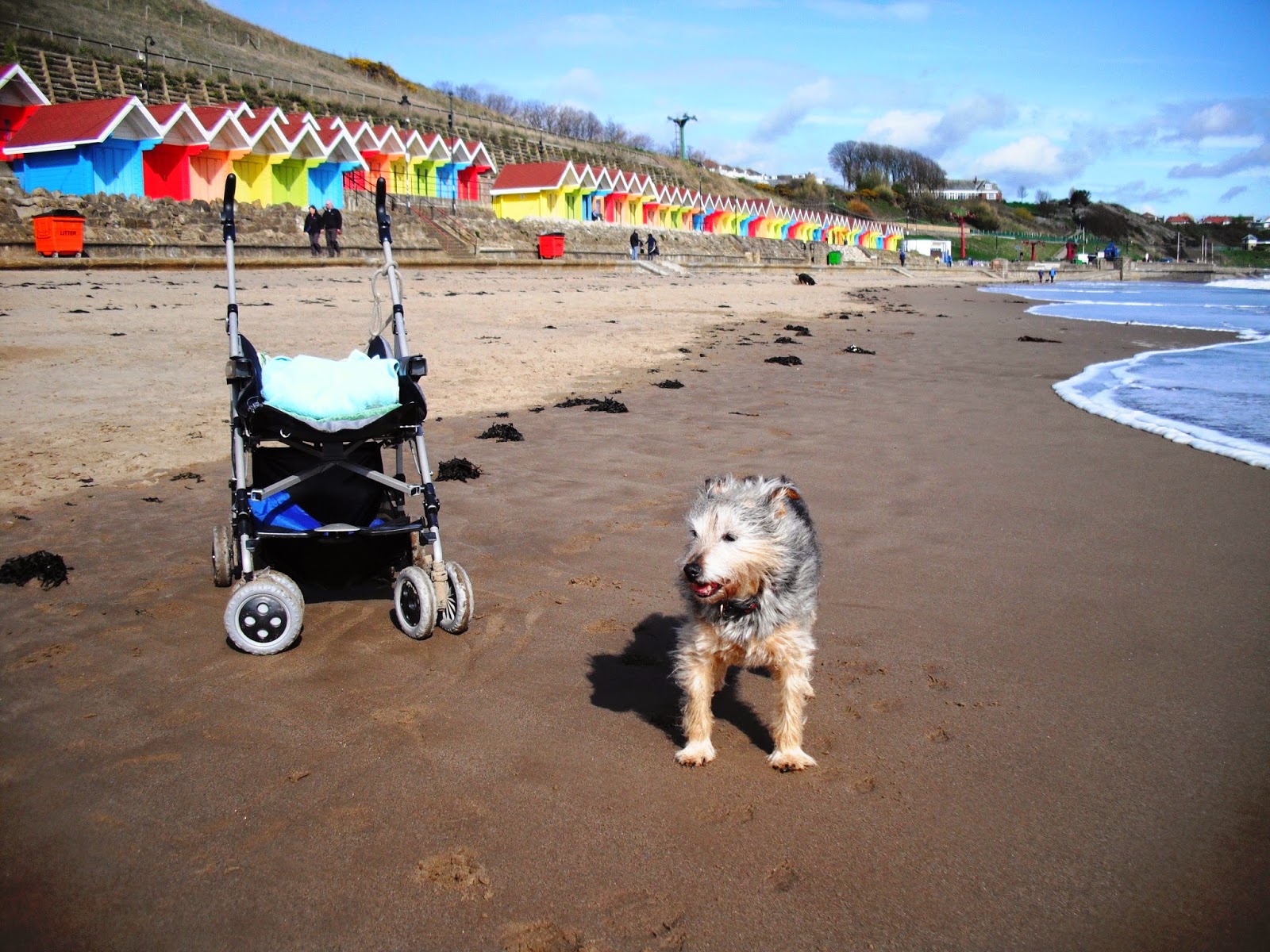 Our one hour parking time was up so we set off again. I thought we might have a look at Filey, but when we got there the weather turned a bit chilly, and there didn't seem much point in walking along another Promenade. Maybe a separate trip is needed for that. There was rain about so it was sensible to carry on. We stopped at the Country Park on the North Bank of the Humber Bridge for a walk. No sooner had I turned the ignition off than the black clouds came over and it chucked it down. Oh well best carry on. It seemed a bit brighter on the South Bank so we went to Barton for a walk, and I had a look at the art exhibitions at The Ropewark. Nothing very exciting there.

Back to normal today, working in the garden. I gave the lawns the first cut of the season, left it for as long as I dare, other people cut theirs weeks ago. Lady dog is here for the afternoon as her owner has gone on a coach trip and will be back from his ramble later than usual. I'll take her home in a minute.

Hope you have had a good weekend, thanks for popping in. Catch you tomorrow.
Toodle pip
Posted by Meanqueen at 17:35