Such a gas bag

Hello. I seem to have done a lot of chatting this weekend. That's what happens when you live in a village and know a lot of people. I popped in to see Angela, she is into furniture refurbishment. I don't know how she does it but she always drops lucky in finding things that people give away. Someone wanted to get rid of a full set of cane furniture which is suitable for a conservatory. Settee, two chairs, coffee table and footstool. The cushions were shabby so she has made new ones from some curtains she bought for £1 from the charity shop. She has made a good job of them. I don't think she will have any trouble selling them.
I had a natter with Bob, he was at the bowls club having a practice to get in shape for the start of the season. I had a go but didn't do too well, my right wrist is a bit achey. Probably too much time on the mouse that causes that.
I took Bailey dog a walk today and popped in to see Jane, she has not been very well. We sat in the garden and had a natter. The sun has been shining all day, it's been lovely and warm.
My three mile walk took a bit longer this afternoon, my fault, more chatting. Because I walk the same route all the time people are getting used to seeing me, and the sun was bringing people outdoors, so they say hello. Sometimes a simple greeting leads to a lengthy conversation, that's mainly down to the fact that I like chatting. Truth is I can't resist a good looking fella, especially one with a gorgeous smile :o)
I've got a few snaps for you. On Friday I changed my routine and did a six mile walk, I've done this one many times before. Walking past the woods it looks as if this tree has come a cropper and been blown down in a storm. The woods are in pretty poor shape at the moment. When I first came here I thought it was magical,  there are steep steps down into it and it's on a steep slope. Over the years it has been wrecked. I used to do a lot of litter picking here, mainly beer cans and bottles, but it is disheartening to find it is just as bad a couple of months later. There was only one path through it, now there are several unofficial paths where the ground has been trampled on. 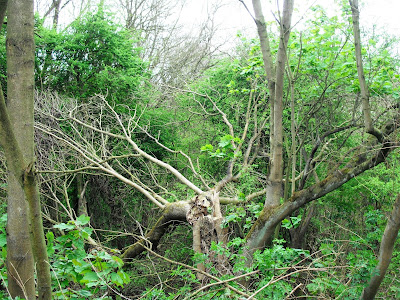 Further on past the woods it opens out and there is a good view of the river. It's beautiful at this time of year with the yellow gorse bushes, and the oil seed rape fields over the other side. 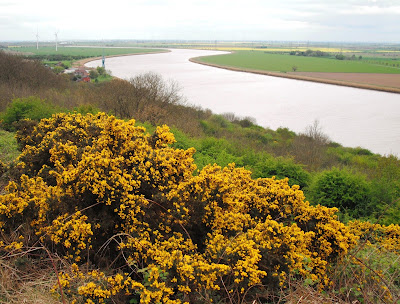 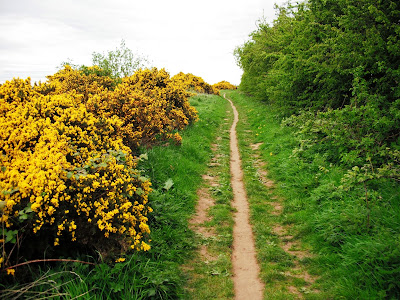 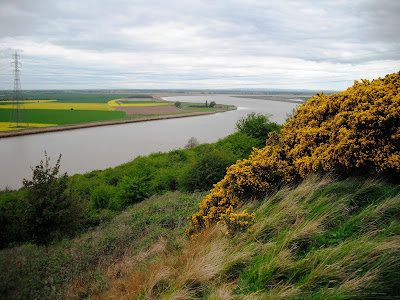 This is a new bench, I haven't seen this before. A nice place to rest and take in the view. A bit further along I came across three men flying their model aircraft. I don't know how they manage to get them back if they crash land them in the river. 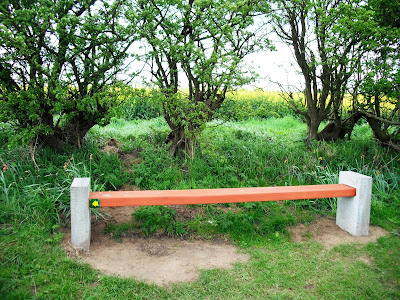 I thought I would give you an update on the yellow sticker plants I bought. Three packs at 20p each. Look at them now, they look fantastic. I put four plants in each long container, I think I could have spaced them out more and put three in each. They have filled them. What a bargain. 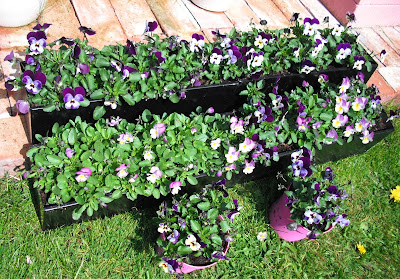 We are supposed to be having a cold spell in the next couple of days, I hope it passes by quickly because I want to test out the erm campervan.

Thank you very much to the kind reader who sent me a parcel of goodies. I am chuffed.

Relax time. Thanks for popping in, we'll catch up soon.
Toodle pip
Posted by Meanqueen at 21:30