The weather has changed so I've been indoors today. I was pondering over the three wooden spoons that I want to use in the latest assemblage. They have to be black, but I want to incorporate touches of red and gold here and there. I thought about adding a row of beads around the edge, but couldn't think of a way to attach them.
I could stick them on the board singly with the hot glue gun after I have stuck the spoon on, but that would be messy. Hot glue is messy to work with when sticking small parts together. You have to be quick as well because it sets within seconds, so the parts have to be placed exactly where you want them. I could try drilling into the edge of the spoon and attaching the beads with thread, but the holes would have to be close together, and the spoon may break apart while doing it.
Then an idea. I need to make two separate pieces, then it would be a simple job to stick them on the board. A collar for the beads to fit around the spoon.
I also wanted to wrap something around the handles, I thought of wire and beads, but that was going to be too fiddly and the beads wouldn't lie flat. The plastic roses are from a necklace I bought at a car boot sale. I will probably drill two holes and use thread to tie them on, and stick them down as well, to make sure they don't come off. 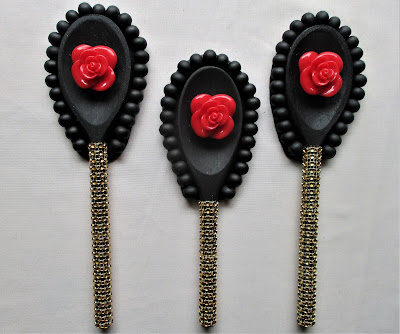 I cut the collars out of a remnant of thick black leather I had from the Scrapstore. I could have used plastic but I thought the leather would be easier to work with. I cut the shape needed, and stitched  through it. The beads were brown wooden ones. The spoon sits in the cut out in the centre so both parts can be stuck down independently. 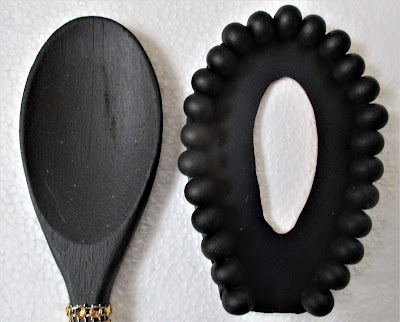 No need to paint the back of the spoon or the collar, they won't be seen. Besides I have just run out of paint and waiting for Tracey to let me know when she will next be at the Scrapstore to pick some more up. 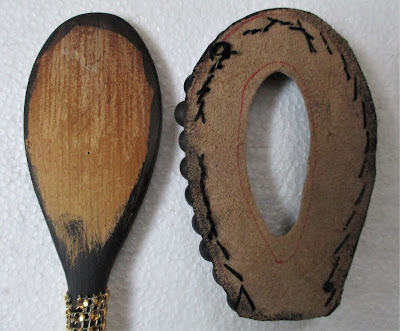 So, the beads are attached to the leather, not the spoon. I had to be a bit careful to thread the 25 beads onto some strong thread, and sew them on in exactly the right place so it would look like they are stuck to the spoon. 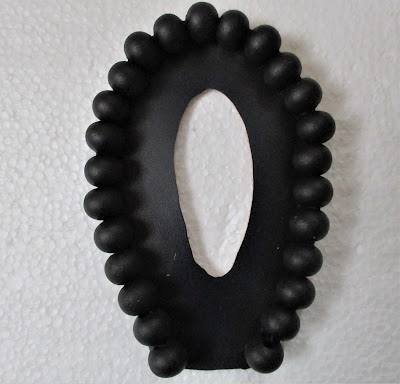 A little experiment. Cut a circle of leather and sew on seven beads. The theme for the assemblage is flowers, and I think this looks a bit like a flower shape. 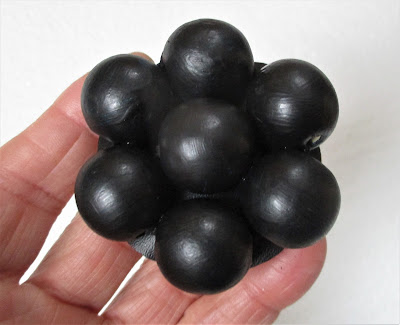 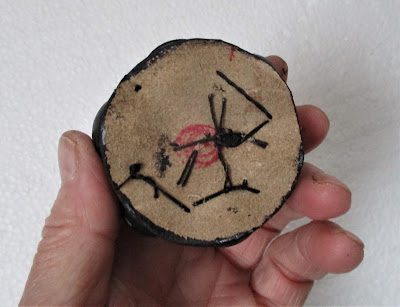 This is what I used to cover the handles. Bought at Poundworld in the closing down sale. Cut the exact length, wrap it round and stitch it together at the back. 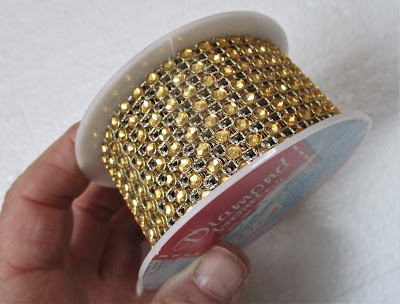 Still some more texture needed on the board, which I'll do when I get the paint. Watch this space. 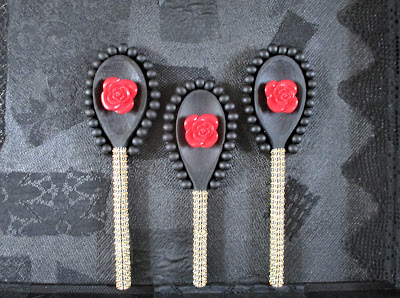 It's coming slowly, still quite a lot of work to do, I'll get there eventually. Thanks for popping in, catchya soon. Toodle pip.  ilona
Posted by Meanqueen at 18:22