Just outside Shireoaks there is a pond and a Hall marked on the map. The path I was on took me straight to it. I wandered around the pond, there were two men fishing, I stopped to chat. I wanted to ask them about the old ruin that I could see, it looked like a big house. It was behind a high wall so I could only see the top floor of it. I asked if there was a way round the other side of the wall where I could get a closer look. They made reference to a male person, but didn't say whether he lived there, or somewhere else.
I decided to go and explore. I walked through what might have been a walled garden many years ago. Now it was overgrown. Closer to the house were some stone steps which had been distorted and moved out of line by all the weeds pushing through from underneath. 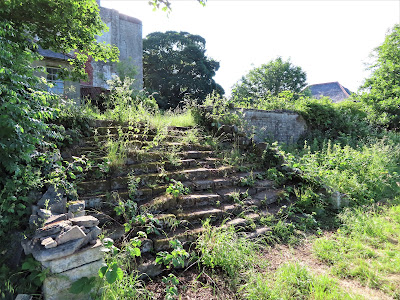 And there it was. The ground floor windows were boarded up and it looked as though the upper floor was just a shell without a roof. 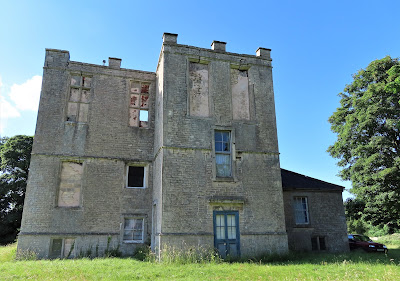 There was no one about so I took some pics. 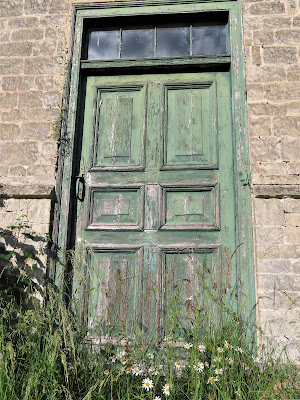 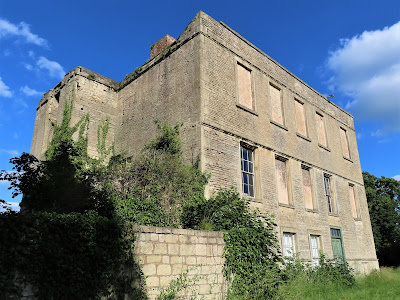 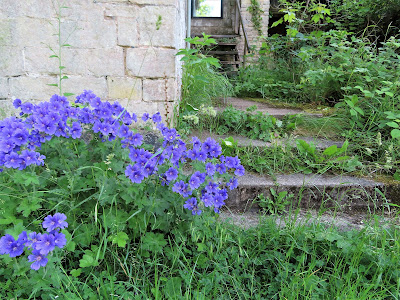 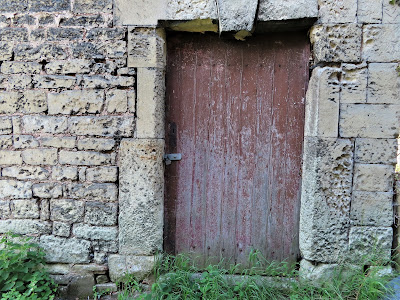 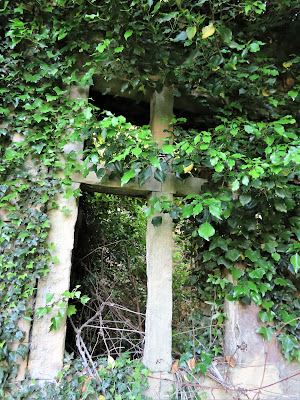 There are a lot more pictures on the Urban Exploration web site.  taken three years ago.
Close by is a pub, The Hewitt Arms. It wasn't open. A notice on the door gave the opening times. It opens three days a week. 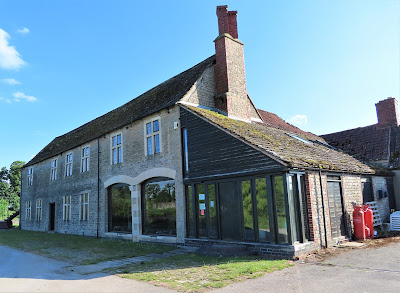 Canada Geese enjoying the sunshine by the pond at the back of the pub. 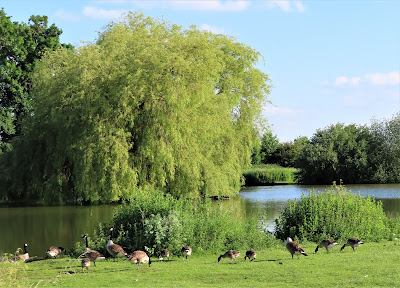 Time to go back to the car, which was a ten minute walk. It was a lovely day, smashing walk, lots to see, strangers to chat to.
Today I've been getting on with stripping the ivy off the garage. I filled four big bags with it so I went off to the tip. There was some old rotten wood to chuck and some bits of very old lino and an old carpet from the garage floor.
I kept popping back indoors to check the computer. There was a big Freedom March on today in London and people were filming and live streaming it. It was good to see everyone all enjoying the party atmosphere. Smiling faces all around. I see Mr Handycock has gone. It had to happen.
Right, I'll sign off now, and we'll catch up soon. Toodle pip.  ilona
Posted by Meanqueen at 20:44

Email ThisBlogThis!Share to TwitterShare to FacebookShare to Pinterest
Labels: exercise, holidays/days out, walking