Last few pics from my walk on Wednesday. I was going to post them last night but on the spur of the moment I decided to do a five mile walk instead. It was too hot to walk in the afternoon so I went at 8pm. Still hot and sticky though but by the time I landed back home two hours later the sun had almost disappeared over the horizon. 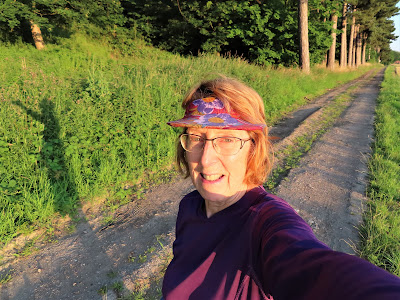 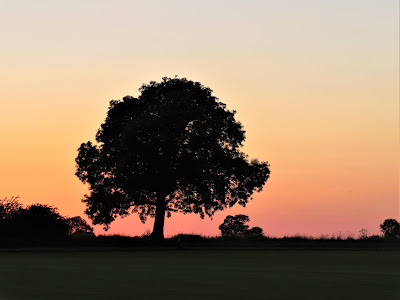 Back to Wednesdays walk. After leaving Carlton in Lindrick it was time to head back towards Blyth. Hodsock is mentioned on the map several times. There is a Hodsock Lodge Farm, a Hodsock Woodhouse, a Hodsock Manor Farm, a Hodsock Plantation, a Hodsock Red Bridge, as well as several buildings part of the Hodsock Estate.
I was aware of several vehicles coming up behind me while ambling along a bridleway. I stood aside to let them pass. Horse boxes and trailers were picking their way carefully along the bumpy track, taking care not to jolt their precious cargo.
The track turned into a tarmac road, and this greeted me when I turned a corner. Hodsock Priory, what a fascinating building. this is the back entrance. 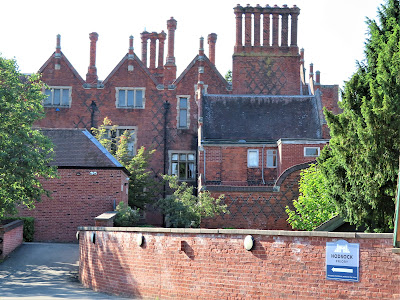 Luckily I was able to get some more pictures around the other side. Sadly the sun was in the wrong place so they are not as sharp as I would like them to be. 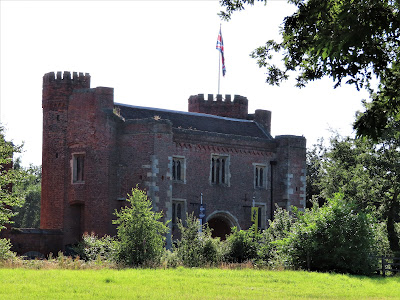 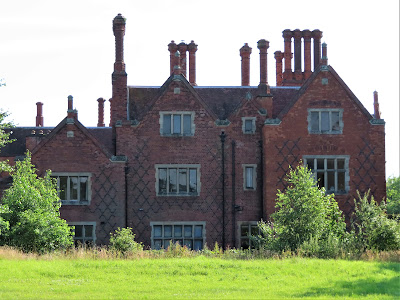 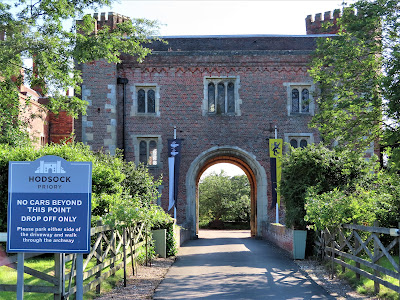 There are some smashing photo's on their web site. They have facilities for weddings and conferences.
In one of the fields nearby I saw that the horsey people had gathered for an event. The horse boxes were parked up and they were releasing their cargo. Several minutes later I was passed by a group of them out for a ride. The horses looked wonderful, and the riders were enjoying a good old chinwag as they ambled along.
I had to join a busy road after that to get back to Blyth. Luckily it had a footpath all the way. I sat on a bench on the village green to finish eating my food before setting off back home. It was getting late.
Back to the present. Another hot day today. I am going to walk Billy shortly before the temperatures start to soar. I'll bid you goodbye. Enjoy your Sunday. Thanks for popping in.
Toodle pip.   ilona
Posted by Meanqueen at 08:59