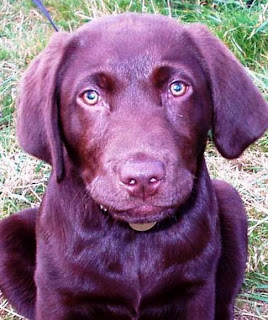 What a busy day I've had, I agreed to look after Henry whilst his owners went to Wembley. Just look at this 'butter wouldn't melt in his mouth' face, I can assure you it would! He has been full of energy for almost the whole time, from when I picked him up at 9.15am, to when I left him locked safely in his house at 9.45pm.
On arriving here I took him a short walk and he had a pooooo on my friends lawn, good job she wasn't in. Then I gave him some breakfast. I thought he might settle for a sleep so I put a sleeping bag on the floor for him. No such luck. I tried to read a book but Henry had other ideas, like wouldn't it be fun to jump on me and rip the sleeves out of my sweatshirt. I thought my best defence was to stand up, then I got a bit of peace, but he was sad that I no longer wanted to play.
My cats had scattered, two of them made for the garden, and the third took refuge on the window sill in the bedroom. It was essential to keep doors closed between them as I didn't want to take Henry home with a bloody nose. Freddie is no coward where defending his territory is concerned. I managed to get myself some lunch, which was eaten at the table with Henry sitting next to me, his nose resting a few inches from my plate. No mate, that sad look in your eyes does not wash with me, sorry, this is mine.
I rang Sue, my friend, to see if she would come and help me walk both Ben and Henry together, because I was also looking after him as well. She came round at 1pm and we collected Ben from his house. It was a gloriously sunny day so we walked to the new allotments to see what progress is being made. I decided not to let either dog off the lead, even though it is rare to see Ben with his on, he is such a placid old man.
Back at my house, after taking Ben to his, Henry eventually fell asleep, ah pure bliss, twenty minutes of calm. Not for long though, he thinks it is a good idea to rip my carpet up, and finds a loose wooden batten in the corner, it's in his mouth and I have to retrieve it. By 6.30pm I thought the best option was to take him back to his home and stay with him untill he settles, he might calm down in his own familiar surroundings. Surprisingly he is very good at car travel, happy in his harness, and dozes on the back seat. I left at 9.45pm, Henry is sprawled out in his bed, after a particularly vicious attack on it, his toys scattered the length of the kitchen. He looks so innocent.
My day was still not finished, I had to take Ben for his last walk before bed time, he is staying with me for three nights and is not a bit of trouble. I felt exhausted, my goodness, Helen has to look after that little whirlwind every day!
Daily spend - nothing
Posted by Meanqueen at 13:45