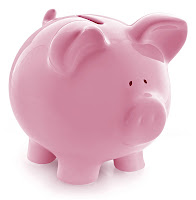 and was absolutely horrified. I went to see about arranging payment for the car, because the garage said they will accept a bankers draft. After discovering that it will cost £15 for this service, I decided not to bother. I am not paying the bank for the priviledge of spending my own money. Then I asked the young lady behind the counter if I could pay for it with my debit card, she said yes, and got my account details up on her screen. I told her how much I would be spending, and she said the cheque from the insurance company hasn't been cleared yet.

The full amount won't be coming out of my bank account straight away because I will be paying £1,000 of it with my Tesco credit card, just to get the points. This will be paid later when the statement comes through.
Anyway, at that moment in time the balance in the account was a bit short to pay the bulk of it with the debit card. Are you following :o) Then she said, 'We can give you an interest free overdraft to bridge the gap. This woman obviously does not know me. I said, 'An overdraft, what's one of them, I have never had one in my life'. She sensed my alarm. 'Oh, it's quite easy', she said, 'It won't cost you anything'.
I replied, 'But it would be like spending someone elses money, I couldn't do that. I want to pay for the car with my money, I'd rather put the collection date back a couple of days untill the funds are there.'
Then she asked me when I was collecting it. When I said Monday, she said, 'Oh that's alright, the cheque will be cleared on Monday'. Phew!!!
Posted by Meanqueen at 18:03

Email ThisBlogThis!Share to TwitterShare to FacebookShare to Pinterest
Labels: shopping