A little job that needs doing

I noticed a little job that needs doing, so this morning I gathered my tools. It will only take and hour, and I will have time for a bike ride later. 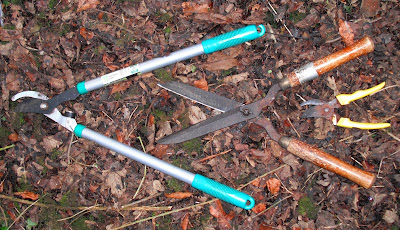 This stretch of footpath is a short cut from the top of the hill down to the bottom, and is a handy alternative route, I often use it. It can be a bit of a battle through the brambles, and you risk getting your eyes poked out with the over hanging branches. It is in desperate need of a makeover. I'm not sure who's job it is to tidy the public rights of ways, but I reckon the best thing I can do is just get on with the job. 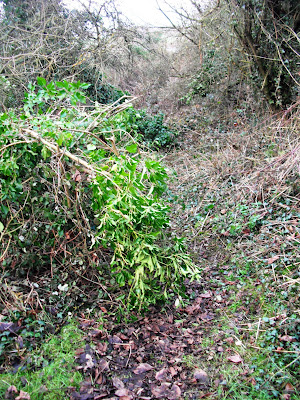 This big green mound of bush needs chopping back, I love my loppers :-) 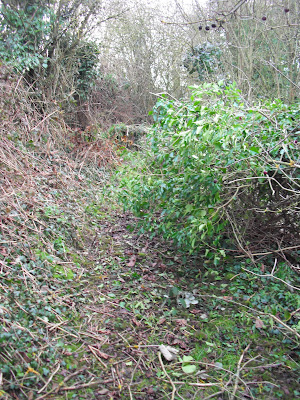 The blooming brambles were clinging to my trousers as I dragged the cut branches out of the way, and chucked them down the bank. 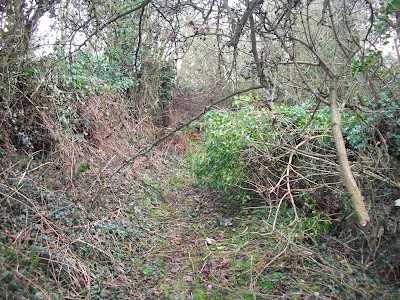 Oooh, look what I found. Anyone interested in a little sideline? Stick these plastic bags through letterboxes, and go back three days later to pick up your swag. 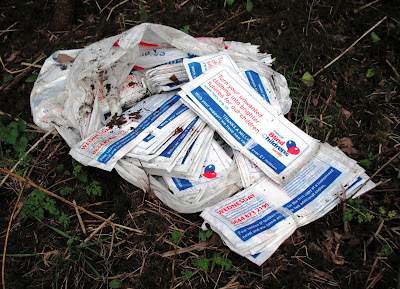 Three hours later the job is done. All neat and tidy. Sadly no time for a bike ride now. 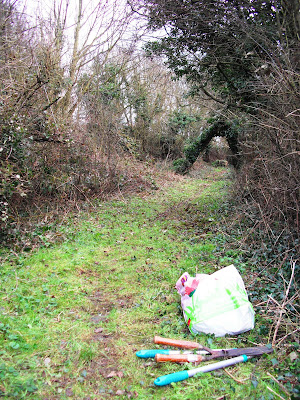 Just need to go back with a saw, those two branches were too thick for the loppers. I left the broken tree covered in ivy, it makes a nice archway to walk under and it isn't low enough to bash your head on. 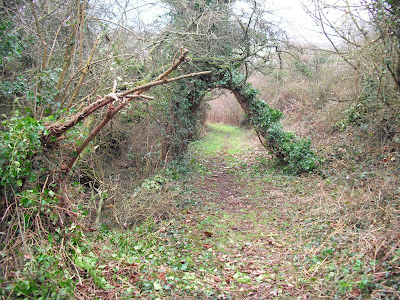 I shall keep my eye on it because it might need a trim up in the spring. There is another path at the other end of the village which needs the same treatment, I'll get onto it asap.
Posted by Meanqueen at 14:54