The Wheel is situated next to the Echo Arena and Convention Centre at Wapping Dock. I didn't go on it because the weather was overcast and the pods would have rain drops on them so it wouldn't have been very good for photographs. OAP price was £5.50, and I don't think the ride is that long. 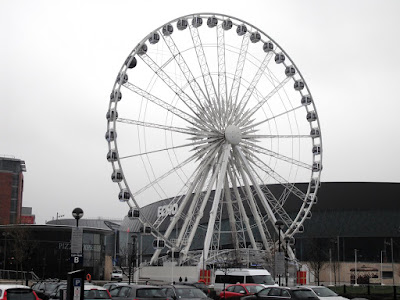 So I went to the John Lewis multi story car park and climbed to the top of that instead. Not very good for photo's either because of all the dirty glass panels and metal work blocking the views. I had to chuckle to myself as I walked around the top floor, I bet the people watching the cctv monitors were wondering if I was contemplating jumping off, ha ha. 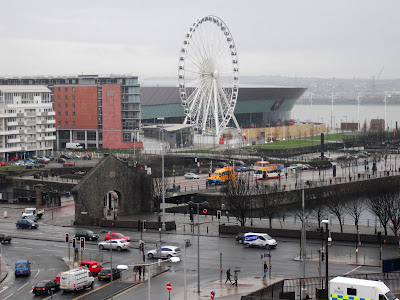 There are a lot of these amphibious vehicles rumbling around, I saw four in the same place at the same time so I don't know how many there are in total. Obviously road legal, I wonder how much the tax and insurance is for them. 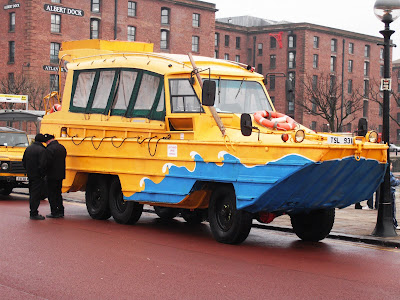 They go in and out of the different docks, it must feel quite strange to suddenly head for the water and plunge in. Too cold for me to have a ride. 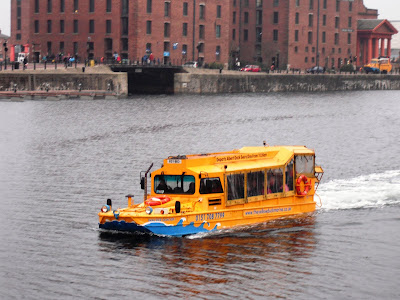 Albert Dock is surrounded by lots of eating places and shops, nice for a stroll round on a sunny day. There is a Maritime Museum, and an International Slavery Museum, both of which are free to enter and very interesting. In one corner is the Tate, which I absolutely loved, some pics of that later. There is also the Beatles Story exhibition, but at £9 OAP price, I decided not to bother. I know the Beatles story anyway, lived it and studied it for years when I was a teenager. 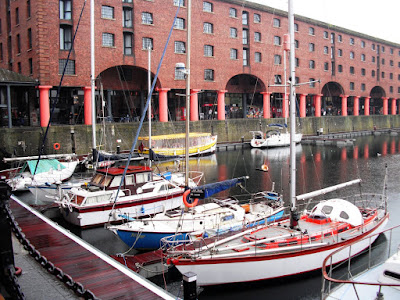 When I think of what the docks were like when I came here in my lorry all those years ago, it's good that they have a new lease of life. The huge warehouses are magnificent, I would like to see them all preserved, and not bulldozed to the ground. In fact I would go one step further and get Banksy to adorn them with his amazing artwork.
Posted by Meanqueen at 13:06