Wow, the pictures are flying across, must be a good signal. I didn't think I was going to get a bed tonight, was pushing it to go a bit further, walked past a pub that said £40 on the poster outside, and carried on thinking I can find one cheaper than that. My little legs were killing me, I had aching knees and sore shoulders, and not a sign of a bed anywhere. I came to a village and asked at the pub. They had beds but were full up, so I had a meal and prepared myself for a night in the churchyard. I felt a bit refreshed after a pint of cider so I decided to have one last push for Clitheroe. I don't know how I did it, I wanted to collapse in a heap. I checked in here at the Rose and Crown at 8.45pm, I couldn't have walked another step. £32.30 so not too bad.

After a hearty breakfast this morning I set off, passing Bilsborrow church. I must say that this has the best church yard I have ever seen, not a blade of grass out of place, and lots of flowers. It is obviously well loved by the parishoners. 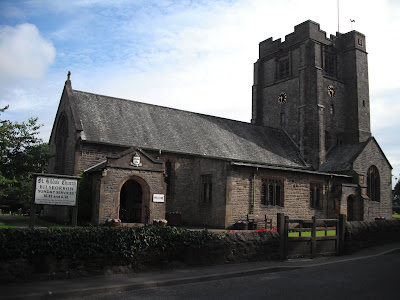 Passing over the M6, not very busy. Then I took some tracks and paths across fields towards Goosnargh, pronounced Goosner. 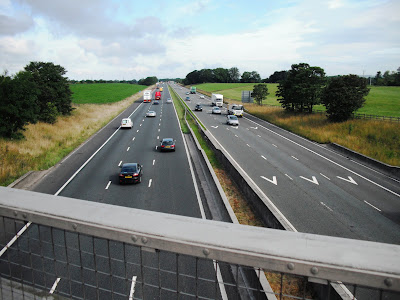 What a lovely big pile of carrots. I had a long conversation with the farmer, he buys these in for his cows, he says they love them. He offered me some, I declined. 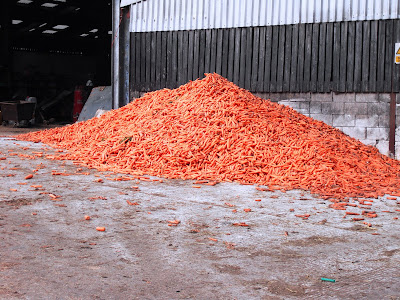 I love cows, have some great conversations with them, they listen to everything I say, ha ha. 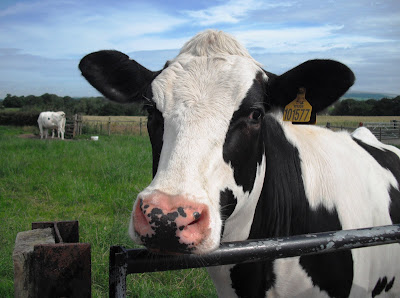 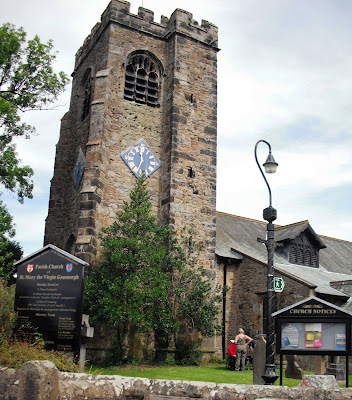 BBC Radio Humberside rang me this morning, so I had a chat with Burnsy on the air. If anyone wants to listen to it, it will be on the iplayer, I am on at about 11.45, so the last 15 minutes of the programme, he does 9 till 12. They are going to ring again for a progress report. There's no giving up now, gotta do it.
I did quite a bit of road walking after that, to Longridge. This sign on the wall made me smile. When I was a little girl we went on coach trips to Blackpool, and before the motorways were built we went through Longridge. As soon as I saw this sign I thought we were nearly there :O) 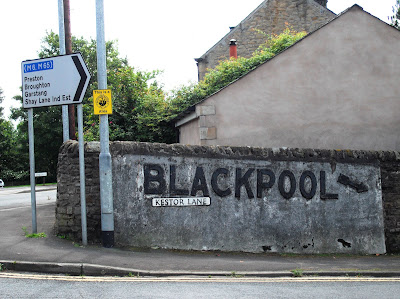 After a sit down on the grass outside the fire station to give my feet and shoulders a rest, I walked straight through Longridge on the road and out the other side. I went a bit off route because I wanted to take in part of the Ribble Way, so I worked my way down to Ribchester. Are you listening Brian, ha ha. Here is a lovely new stile. 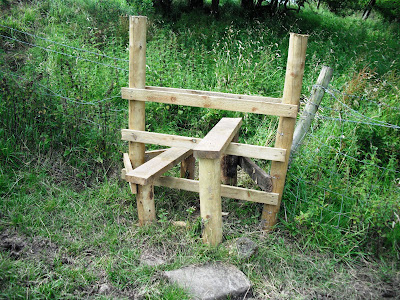 The walk along the river and through the woods was very pleasant, made a nice change from pounding tarmac. This is St Wilfreds Church in Ribchester. 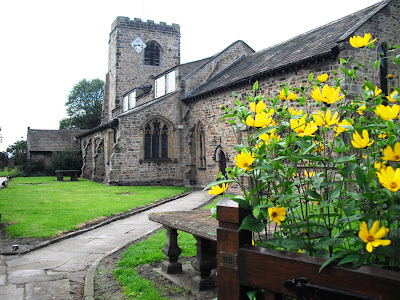 The sign said Roman Bath House, I thought, ooh that will be interesting. :O( It's just a pile of rocks. 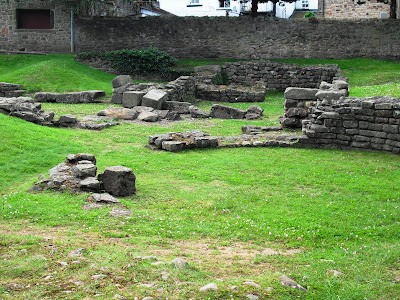 The path leaves the river for a while, so I tramped across the fields following the signs, then I picked it up again at Ribchester Bridge. 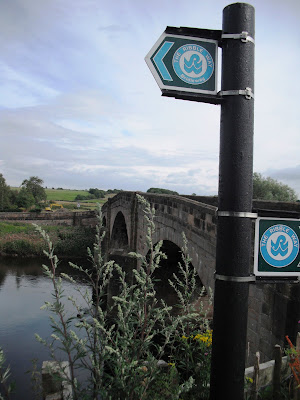 I am starting to think about a bed by this time, but kept pushing on. Again the path left the river and joined it again. By this time I thought I had better join the road. A ranger stopped to speak to me, he was looking for a woman who was thought to have got lost, someone was looking for her. I said it wasn't me. We ended up having a long conversation, my fault really I am such a gas bag. He was ok, said he could give me a lift. I said, I couldn't do that because it would be cheating, I have to walk coast to coast. It was very tempting to get in though, ha ha.
I took the road to Hurst Green, and came to Great Mitton, that's where I had the meal. And the rest you know, no bed so I carried on to Clitheroe. I saw this bridge from a distance, then when I got closer it looks quite new. 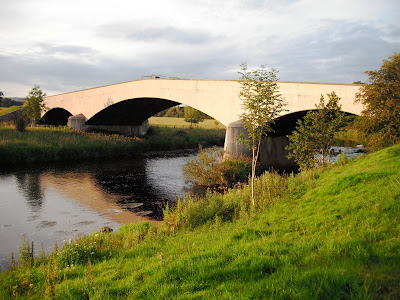 But it's a bridge you can't cross, it goes nowhere except over the water from one field to another. 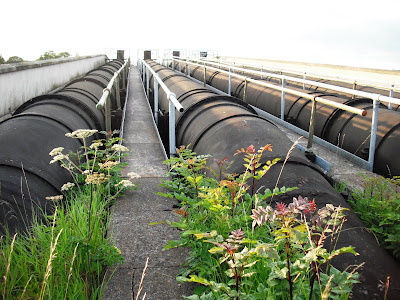 I was so pleased that my room has a bath en suite, the first thing I did was to have a good old soak, bliss. Breakfast is at 8.30. Next I am heading for Barnoldswick, and I might stop at the hostel at Earby, depending what the time is.
Posted by Meanqueen at 22:57