It's been that hot today that I've taken to doing the washing up outside in the garden. Might as well top up my tan whilst doing the chores :0) 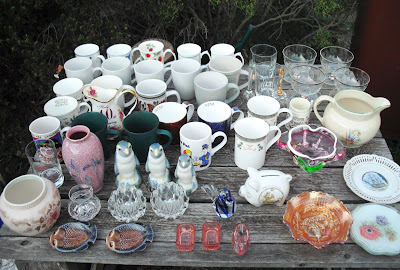 Look at this lot, not my washing up exactly, but a load of stuff given to us, from my friend Helen (Henry's mum), to sell to make funds for our rescue kitties. We took another kitten in the other night, it was found in someone's garden and despite asking around to try and find the owner, no one claimed it was theirs. The poor little mite is only about four weeks old and shouldn't be away from it's mother, but with Janets love and devotion and bottle feeding, it seems to be doing alright. So thank you Helen for supporting our cat rescue.

I took these photo's the other night, just as the sun was going down at the front of the house. These trees are in the garden directly behind mine. The sky was blood red over Doncaster way as the sun went down, and it beamed through the gap between our two houses and lit up the trees. There was only a couple of minutes to capture these images. As you can see the bottoms of the trees were in the shade, and the tops look like they are on fire. 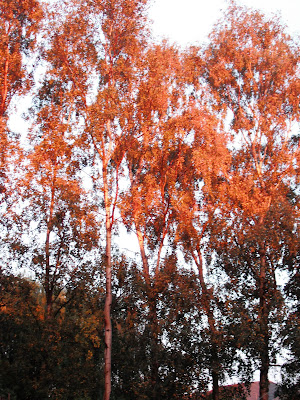 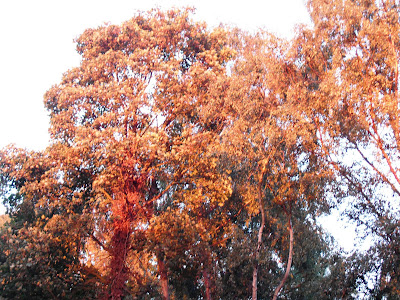 As I look at them now the leaves are mainly green but starting to go yellow, ready for the fall. What an amazingly beautiful sight the sunset makes. Nature at it's best. 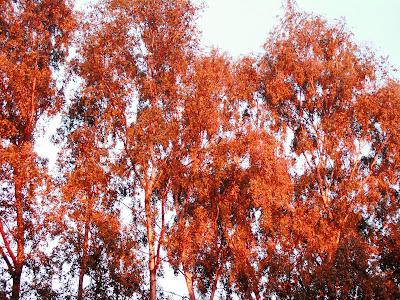