Need to walk, have to walk

I forgot I had this photo, I should have put it on yesterday. I took it at the Motor Show at Earls Court, London, in 1974. Good old Jimmy. I wrote and asked him if he could fix it for me to drive the biggest truck in the world. Sadly I didn't get a reply. It would have been his birthday tomorrow, sad that he couldn't hang on for it. Cheerio Jimmy, you were a good 'un. 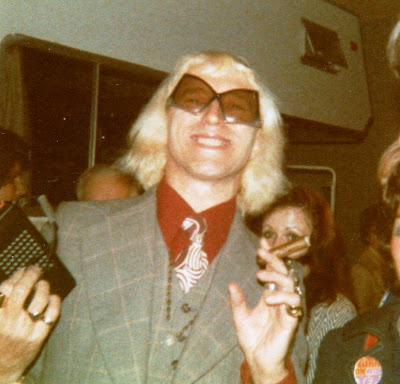 This morning I needed to walk. I searched the maps for somewhere close by where I haven't been before, but didn't want to drive too far. The weather looked a bit unsettled, and although very warm there was a good chance it might rain. I didn't fancy getting caught out in a downpour so I came up with the idea that I could still walk a few miles but not go out of the village, that way if it rained I would not have a long way to go home.

I had already worked a route out which was 2.6 miles, so I set off to walk that. My idea was to time myself, and do as many of these circuits as I could, all day if necessary, to rack the miles up. The ground is very muddy at the moment so if I stayed on tarmac I could keep up a good pace.

I hadn't gone very far when I bumped into someone I know. I couldn't just whizz past and say, 'sorry, not stopping', that's a bit rude, so of course I stopped to chat. I did the circuit but it took longer than I would have liked. Oh well, I will walk faster next time.

After a ten minute break back home I set off again, when I got to Sue's house, I thought sod it, I'll stop and look in on the kitties. She put the kettle on and we sat drinking coffee in the pens with the cats. An hour later I was on my way. I don't seem to be making much progress. Trouble was, I found myself having to take a short cut to get back home rather quickly, the coffee had gone right through me, so going off route mucked up my calculations.

When I got home I put the computer on, and adjusted the route slightly on bikehike.co.uk, to make it three miles, it will be much easier to add up the total, and to check how fast I walk. Before I set off again I had to nip to the church, I saw that the plastic bag needed replacing in the rubbish bin next to the bench. A little job that needed doing as the council are here tomorrow to collect the rubbish.

Right, now I am going to do the three miles and time myself, so I put my best foot forward. Oh bother, I met my neighbour coming back from the paper shop, he always speaks to me. Ten minutes later I was on my way, again. The circuit took one hour, so knock off the ten minutes and you can say I walked three miles in 50 minutes. I think I will make this my regular training route. Perhaps I'd better do it at night, so I can get round without stopping, ha ha. I took a few photo's. There were masses of mushrooms, or maybe they are fungi, on a grass verge. A patch of brown ones, aren't they amazing. 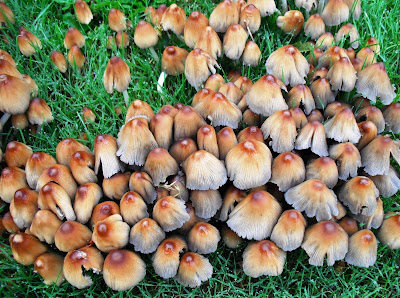 And a patch of black ones. 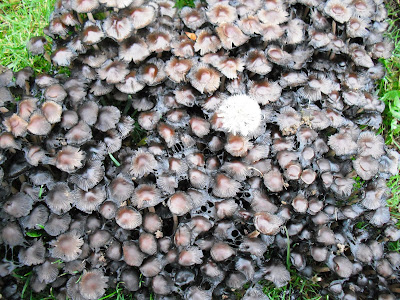 And a smaller cluster. 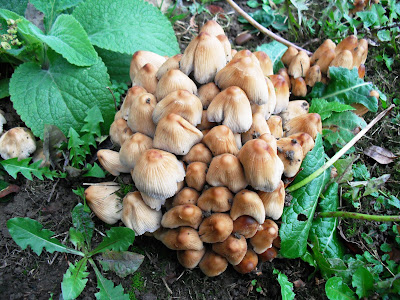 I got down on my knees to take these. 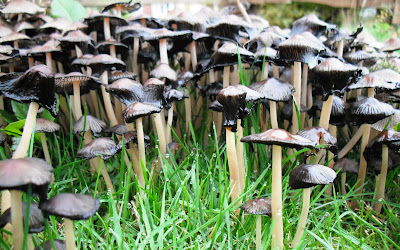 I love this photo, you can see the droplets of rain clinging to the grass. 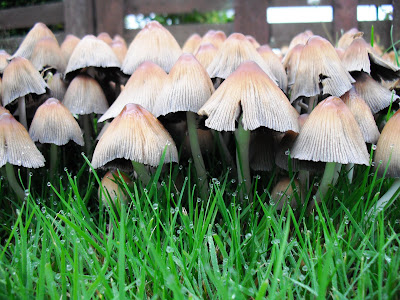 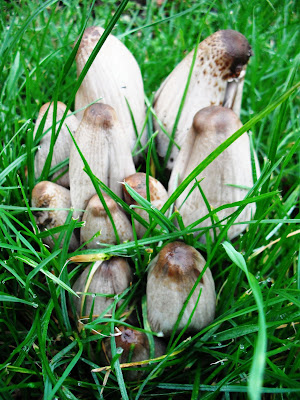 There is an apple tree in the High Street, and no one ever collects the apples. They lie around rotting and people kick them about and they get squashed in the gutter by passing traffic. Last year someone filled the brown wheelie bin with them (for composting) but the council wouldn't take it because it was too heavy for the machine on the back of the truck to lift it. Before you ask, no I don't want them, I have stacks of apples which my neighbour across the road has given me. 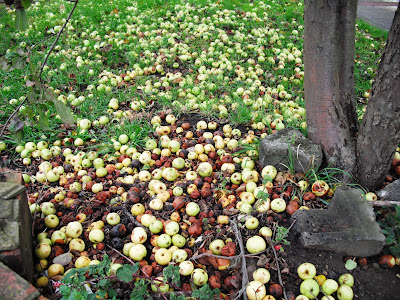 Bet you can guess who's house this is. Yep, Sue and her pussies. One peeping out of the window, 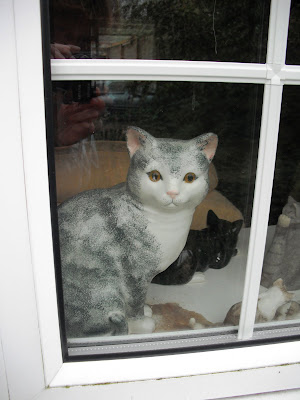 And one to greet you at the front door. 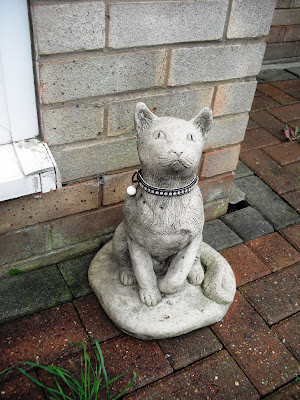 These are the ingredients for my dinner tonight. Getting down my store cupboard now, but I'm going to put off shopping for a few more days. I fancied something with rice, so I chopped an onion, fried it in a small pan, with a bag of frozen green peppers. These I bought ages ago when they were dead cheap at Tesco. The Mexican spice mix is left over from the Enchelada kits, I'm getting to the end of the turmeric now, I need some more soon. Chop the apple, throw in a handfull of sultanas, add half a tin of beans, and half a tin of chopped tomatoes. add garlic and any other spices, add a slug of fruit juice, and simmer till it's all cooked. 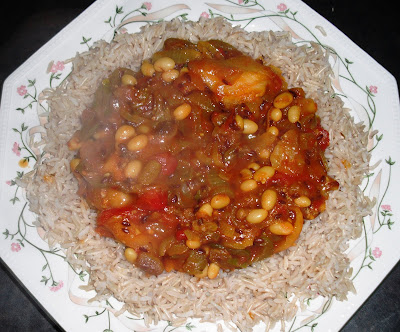 Toodle pip.
Posted by Meanqueen at 19:34