Hello. I've walked a long way today, 19.5 miles. I've got my feet up, they need a rest. It was a shorts day, nice and warm, a bit overcast at times, but also a lot of sun. So where am I tonight? I set off with Malham in mind, and I made it. A cheapo night at the Youth Hostel, £17 for B & B. There is another lady in my room, who also likes to walk on her own. We've had a natter, now she is doing the crossword in her newspaper. We are sitting in the lounge area near the reception desk. We were in the large lounge but there was a lot of noisy people in there. so we moved out.
This is the B & B I stayed in last night. I left after a hearty breakfast, at 9.15am. The owners two black labradors were waiting patiently to be taken out for a walk. 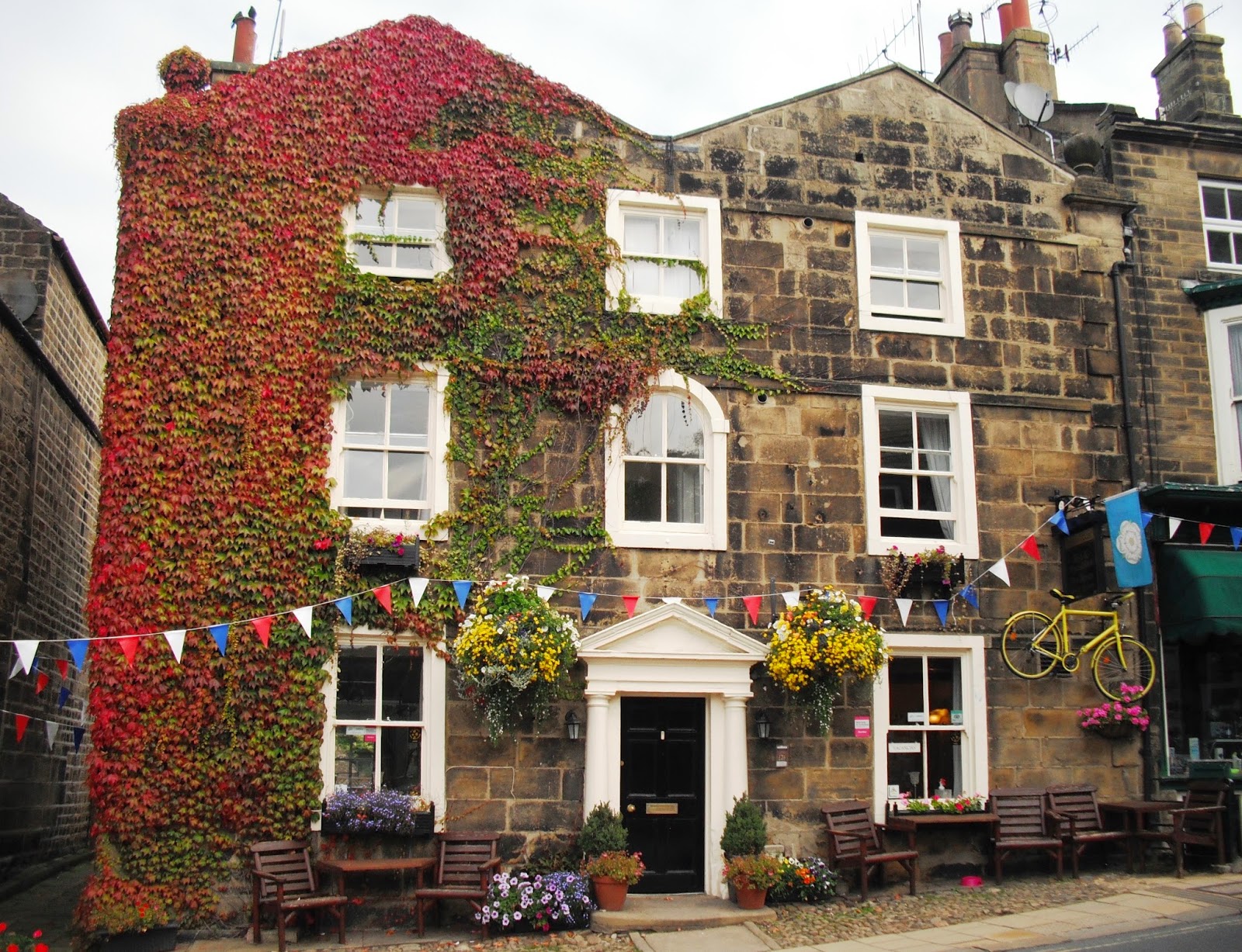 A couple of shots of Pateley Bridge before I leave. This little seating area is in the High Street. 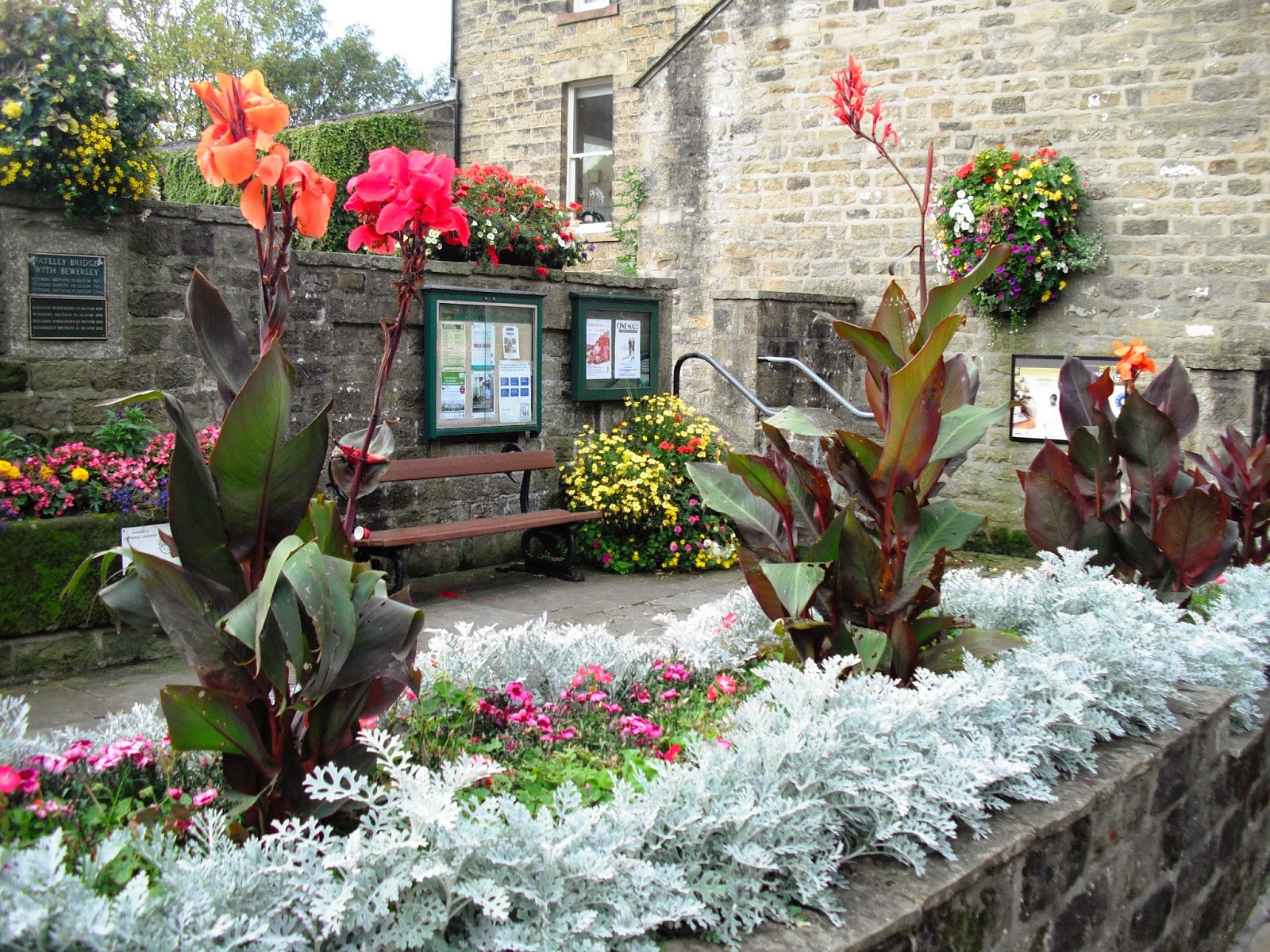 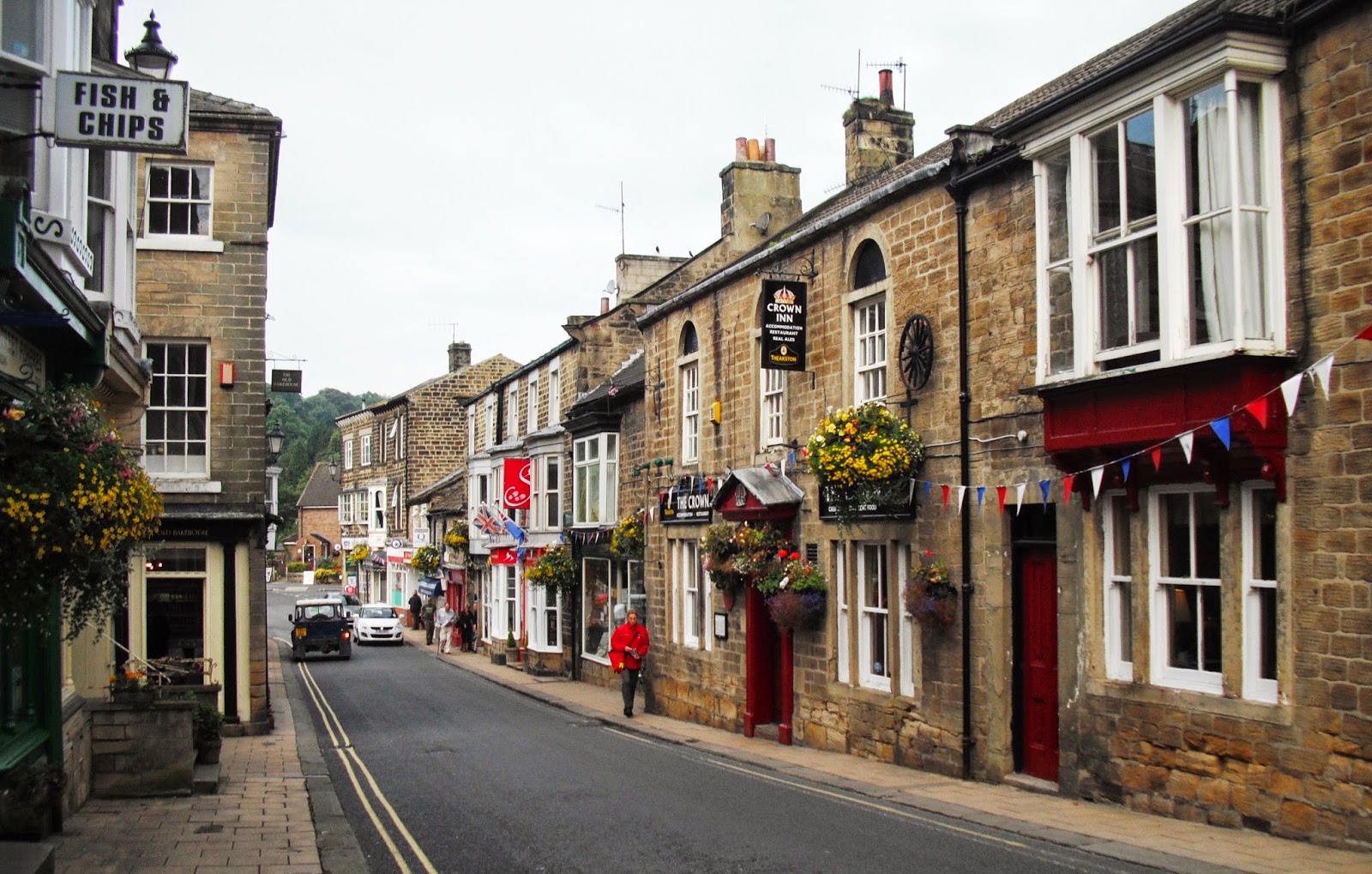 I went over the river bridge and climbed the hill past the pub. Then I took a track which went uphill for ages. Boy was it steep, in fact I have been up and down hills all day. It's hard work carrying a heavy rucksack. 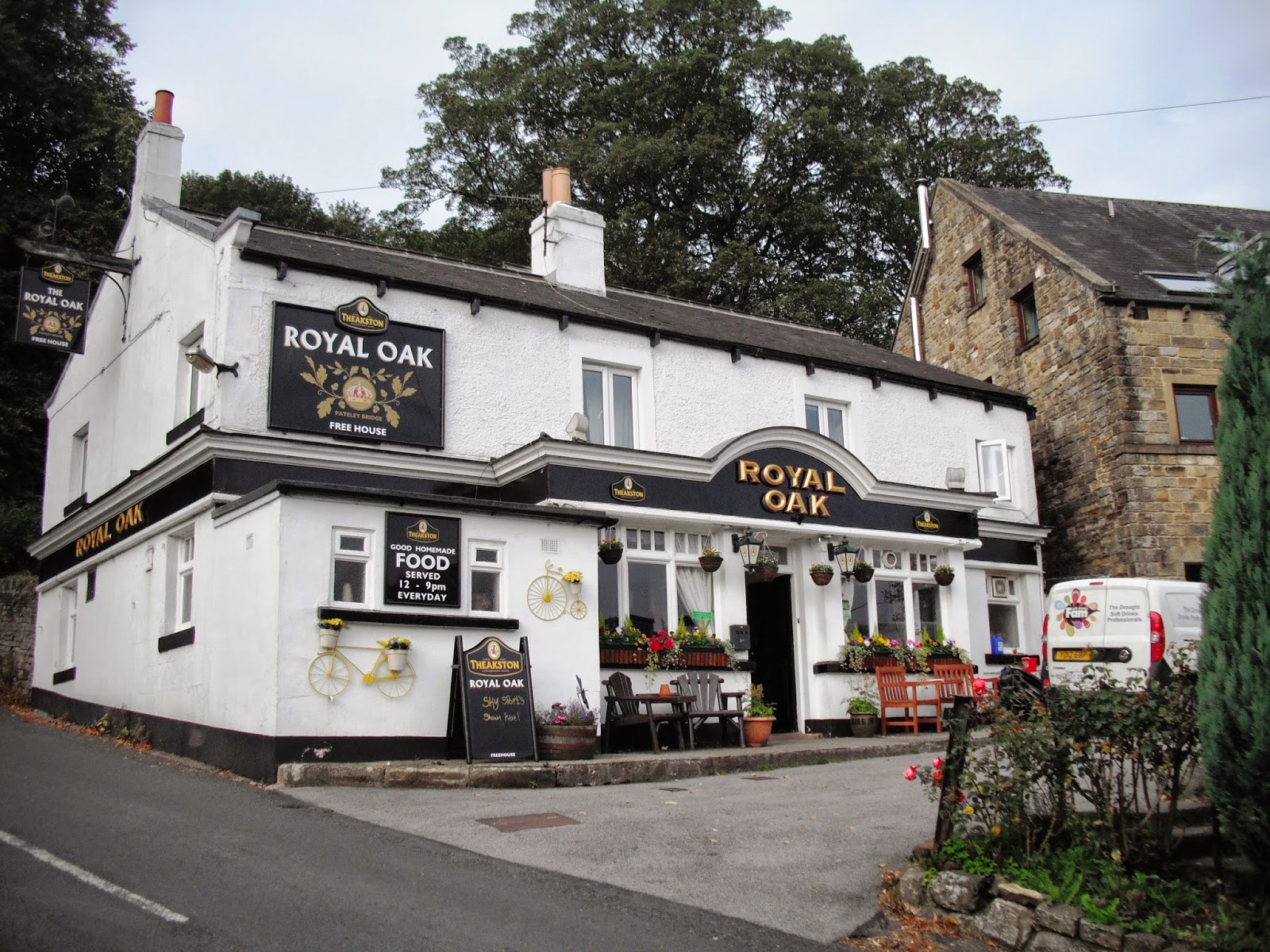 This was a very quiet tarmac track, only people who live at the houses dotted along the way come up here. 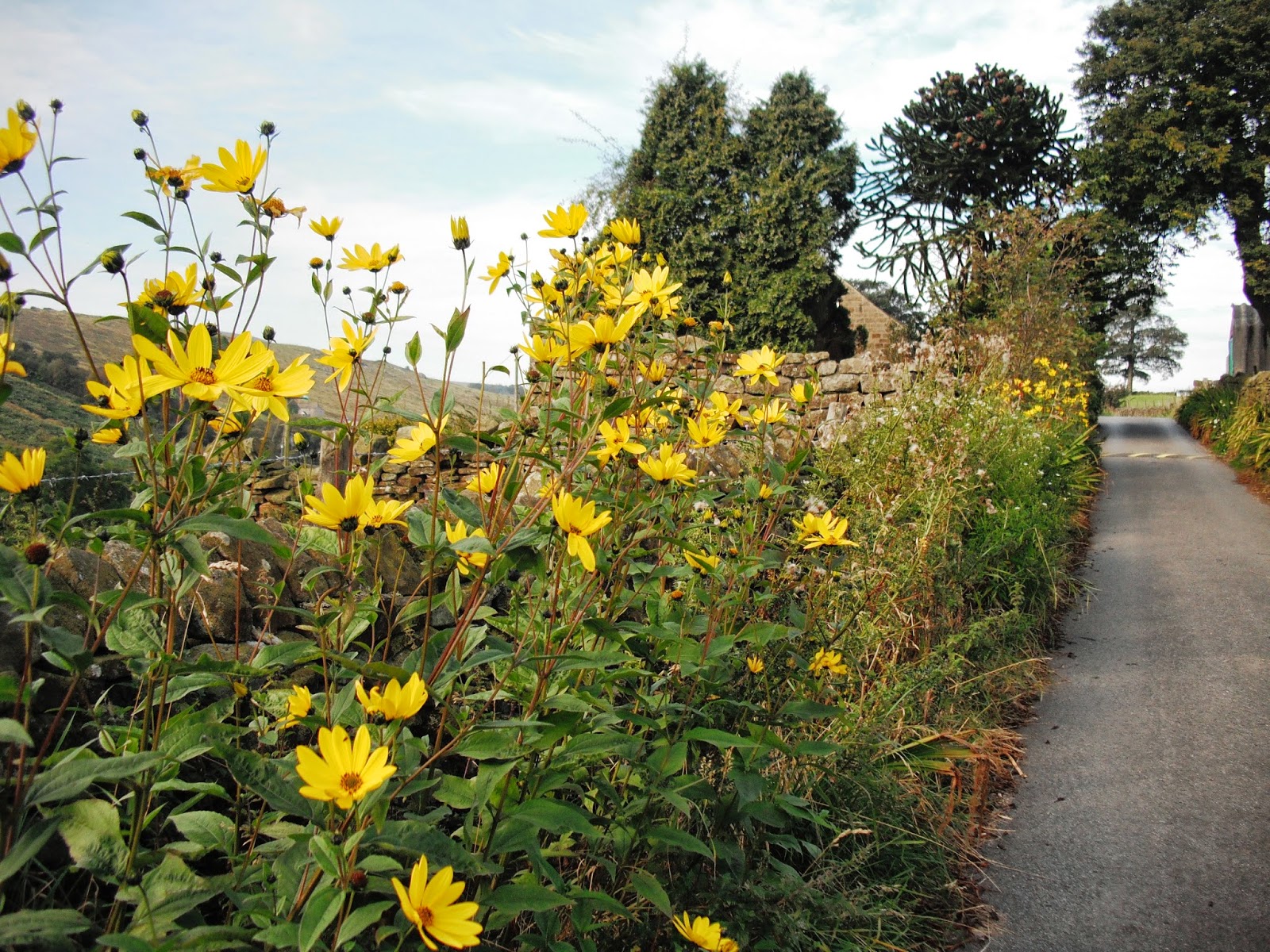 The bins are all placed at the top of this road and people have to bring their rubbish up because the refuse lorries don't go down the lane. 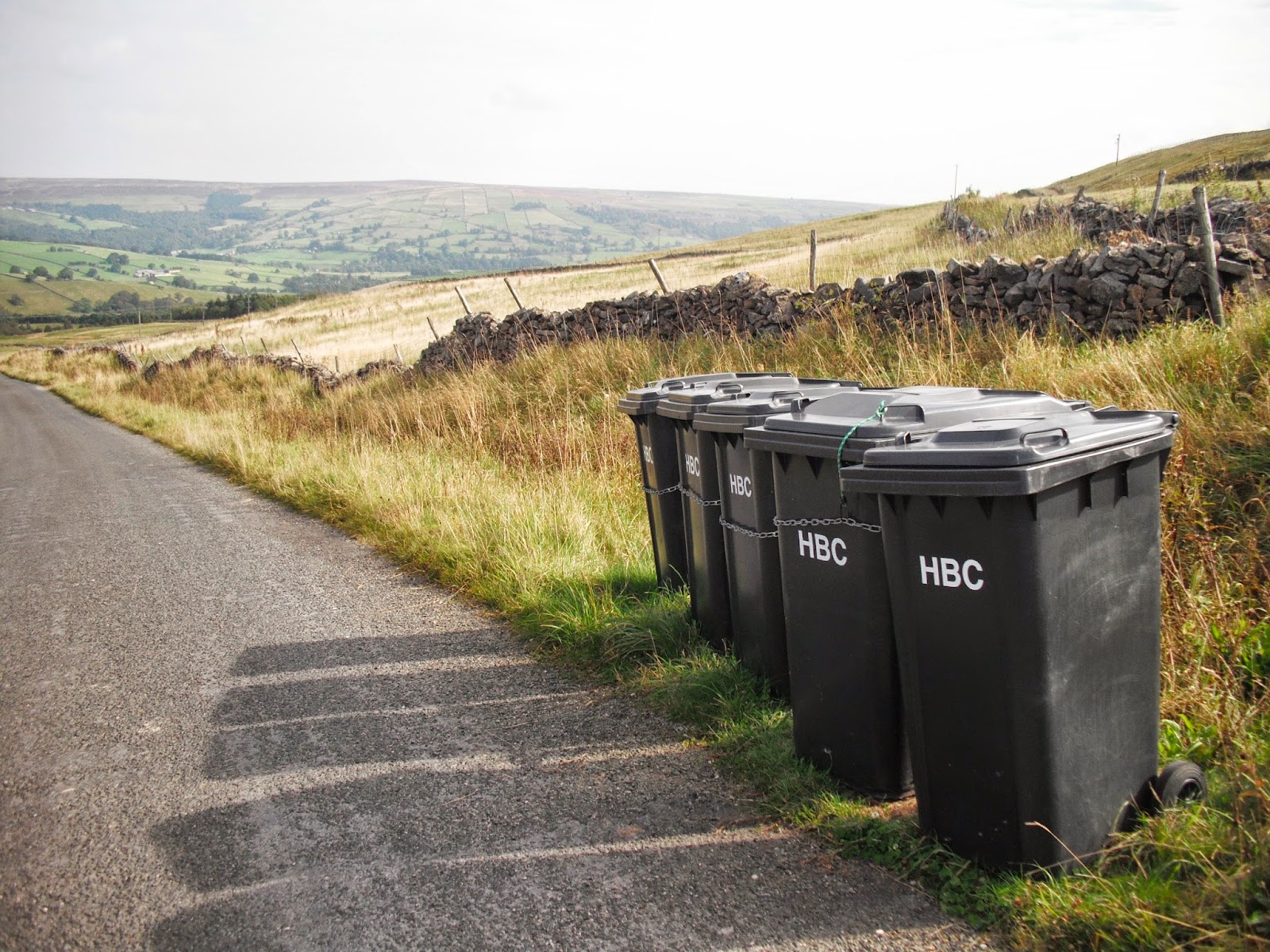 As you can see by the church clock, it was 11.20am when I got to Greenhow. 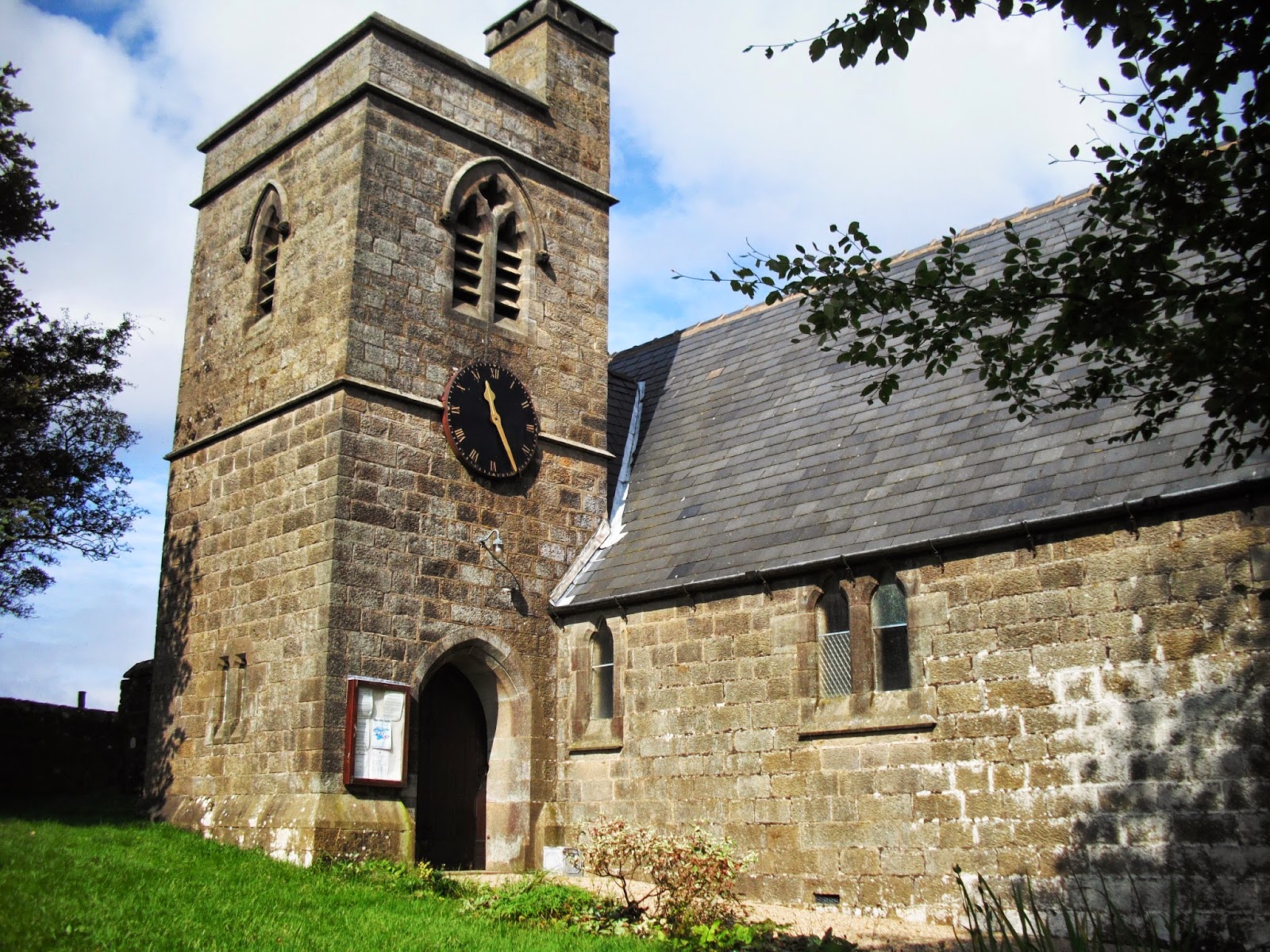 I wanted to cover some miles today so I got back on the road, the most direct route. This pretty scene is when I was just coming into Hebden. 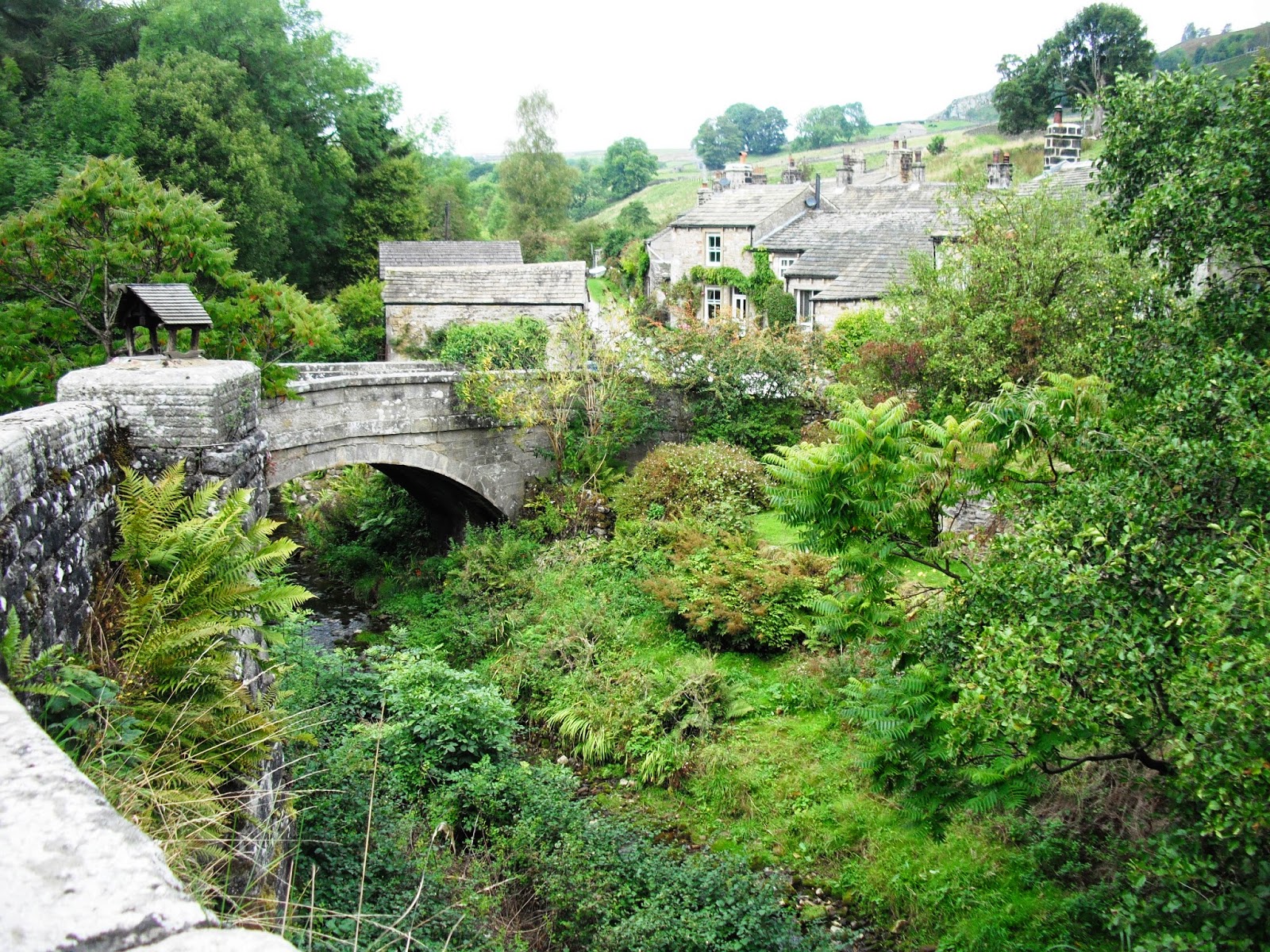 Just up the road is a hotel, and next to that is a haulage company. I saw this in the yard, and couldn't resist sneaking in to take a picture. These lorries are often seen at the truck shows as the drivers like to show them off.  Oh boy was I drooling. This is a Volvo FH, the same model as I used to drive for B & Q. 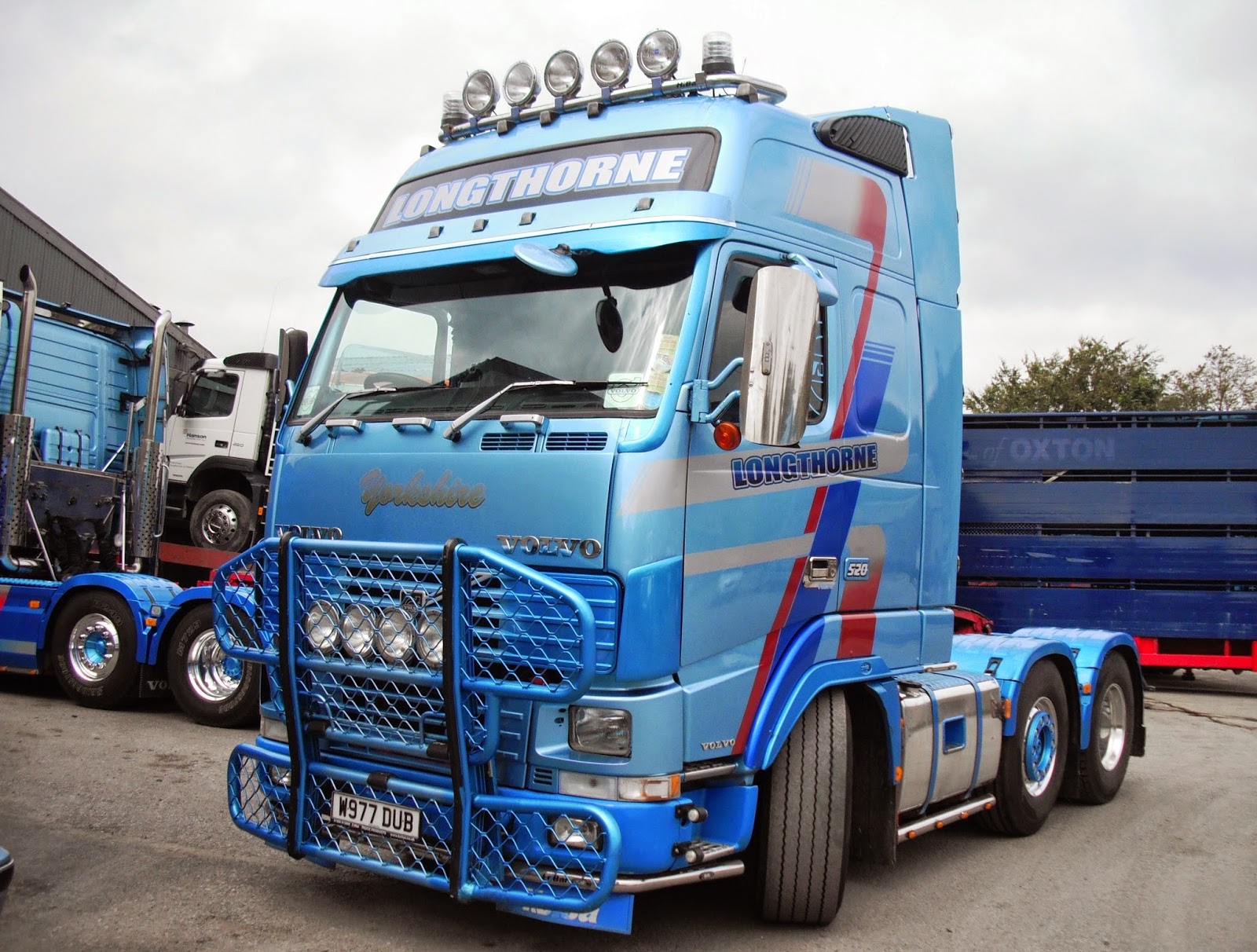 Made it to Grassington. I sat down for a break, didn't stay too long. I have been here before, it was an overnight stop on a previous long walk. I was hoping for a bus to come along, but there wasn't any going in my direction. They seem to go up and down, but not across. Nothing for it but to carry on walking, as it's too early to stop. 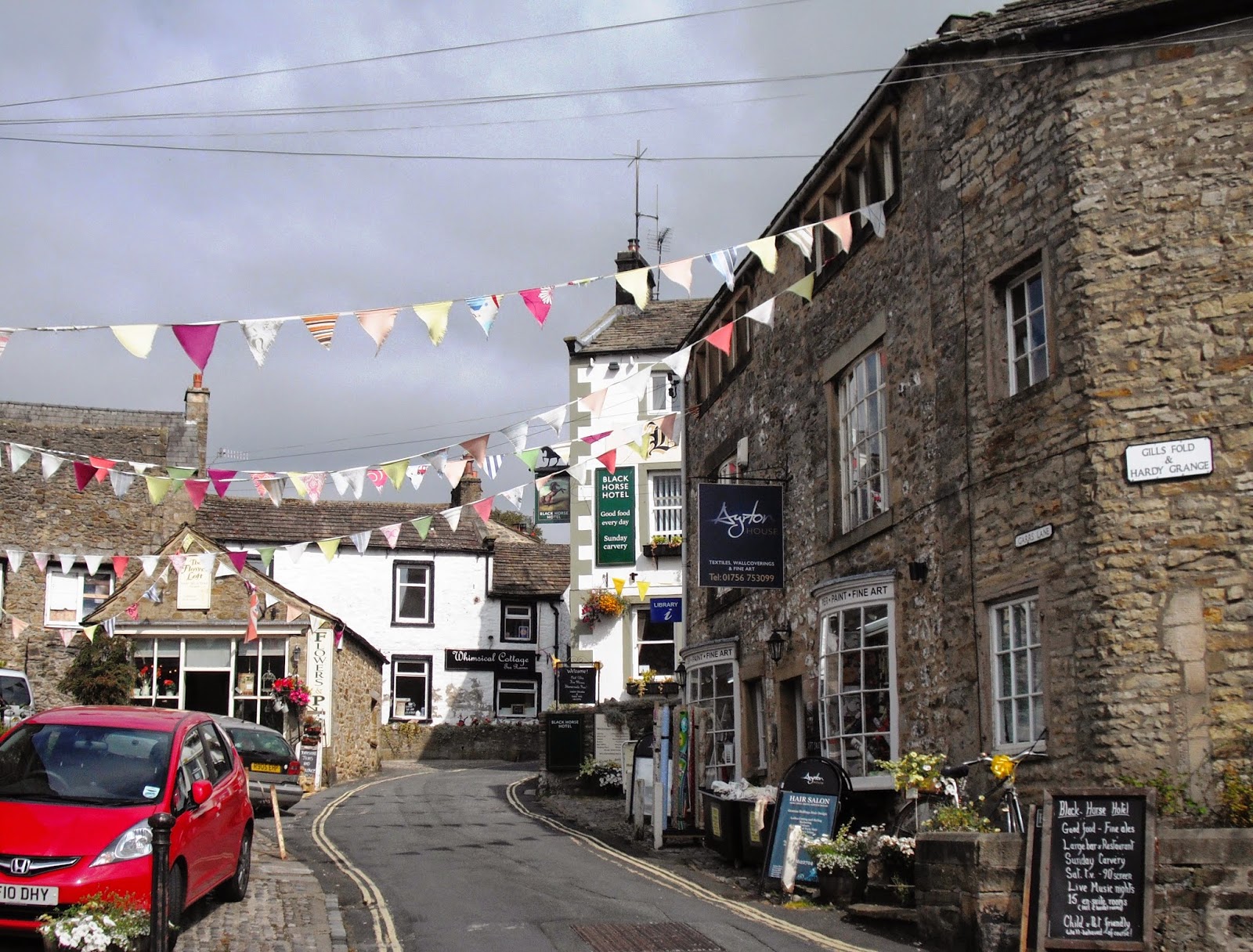 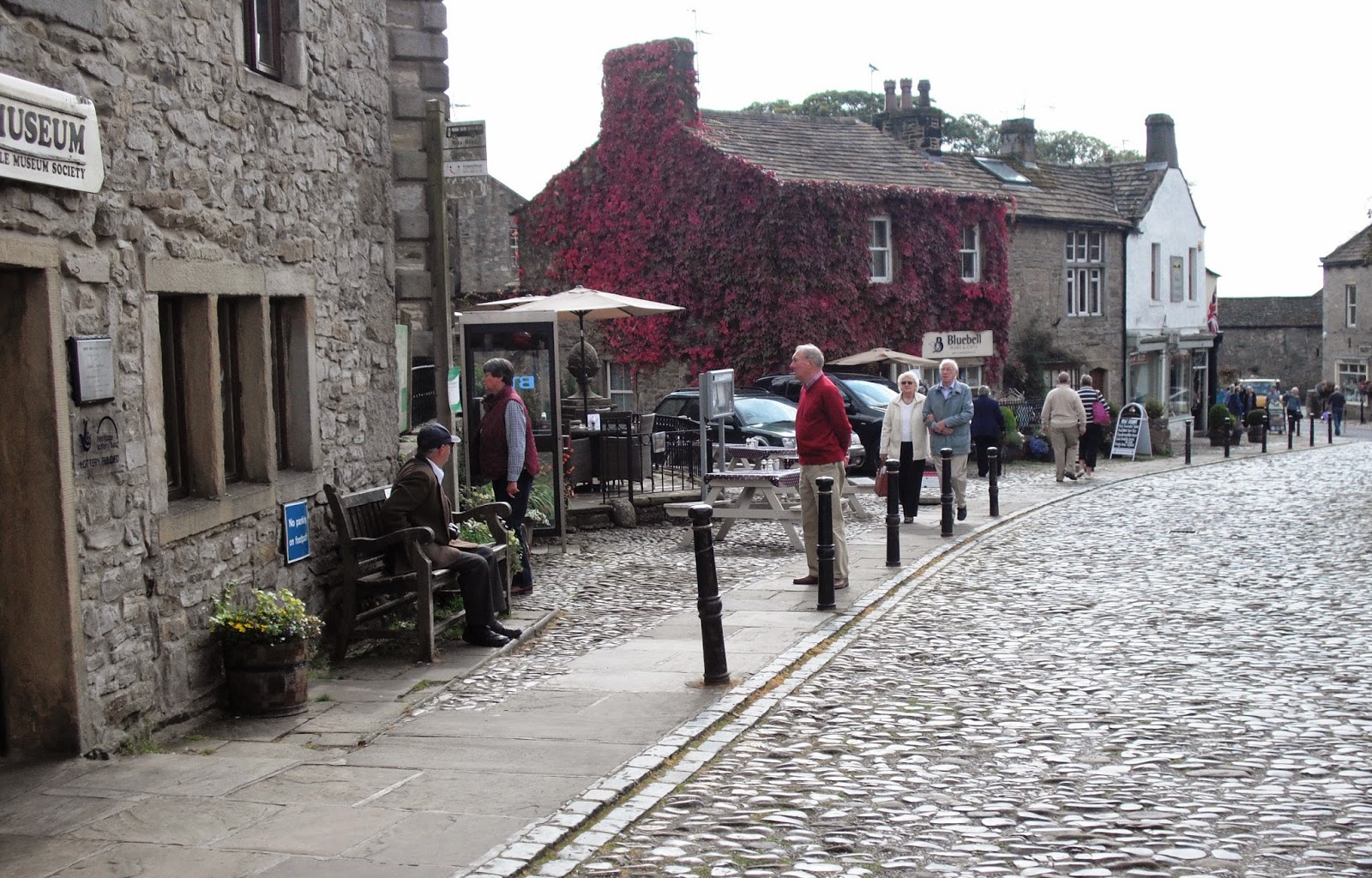 I stayed on the road to Threshfield, then took a path towards Threshfield Moor. This is where I come off the track. Over the moor, some lovely views. It's a little bit hazy in the distance. There was a couple of these upright stones, not sure if they mean anything other than marking the route. 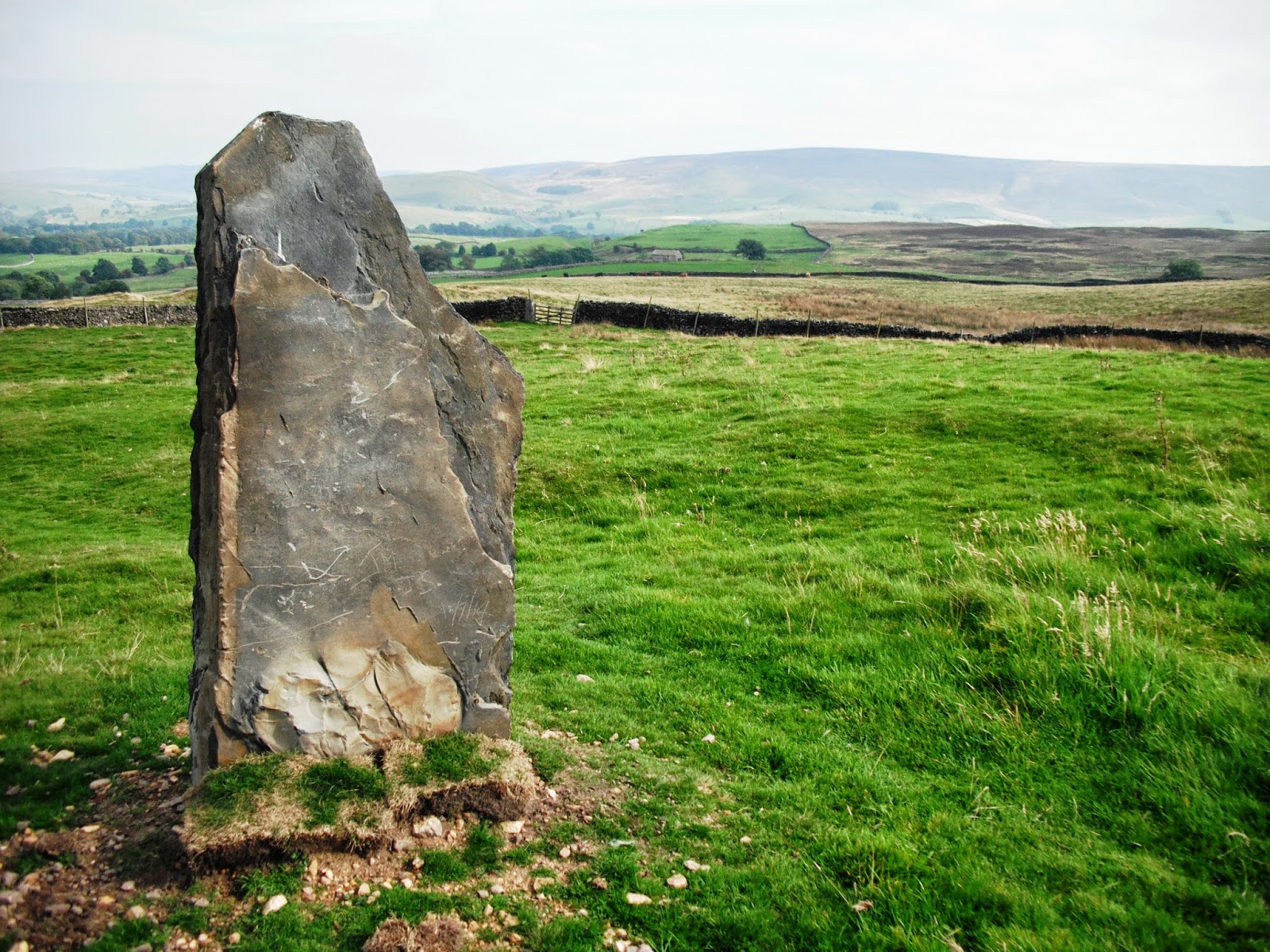 Just me on my own, not a soul in sight. Fantastic. 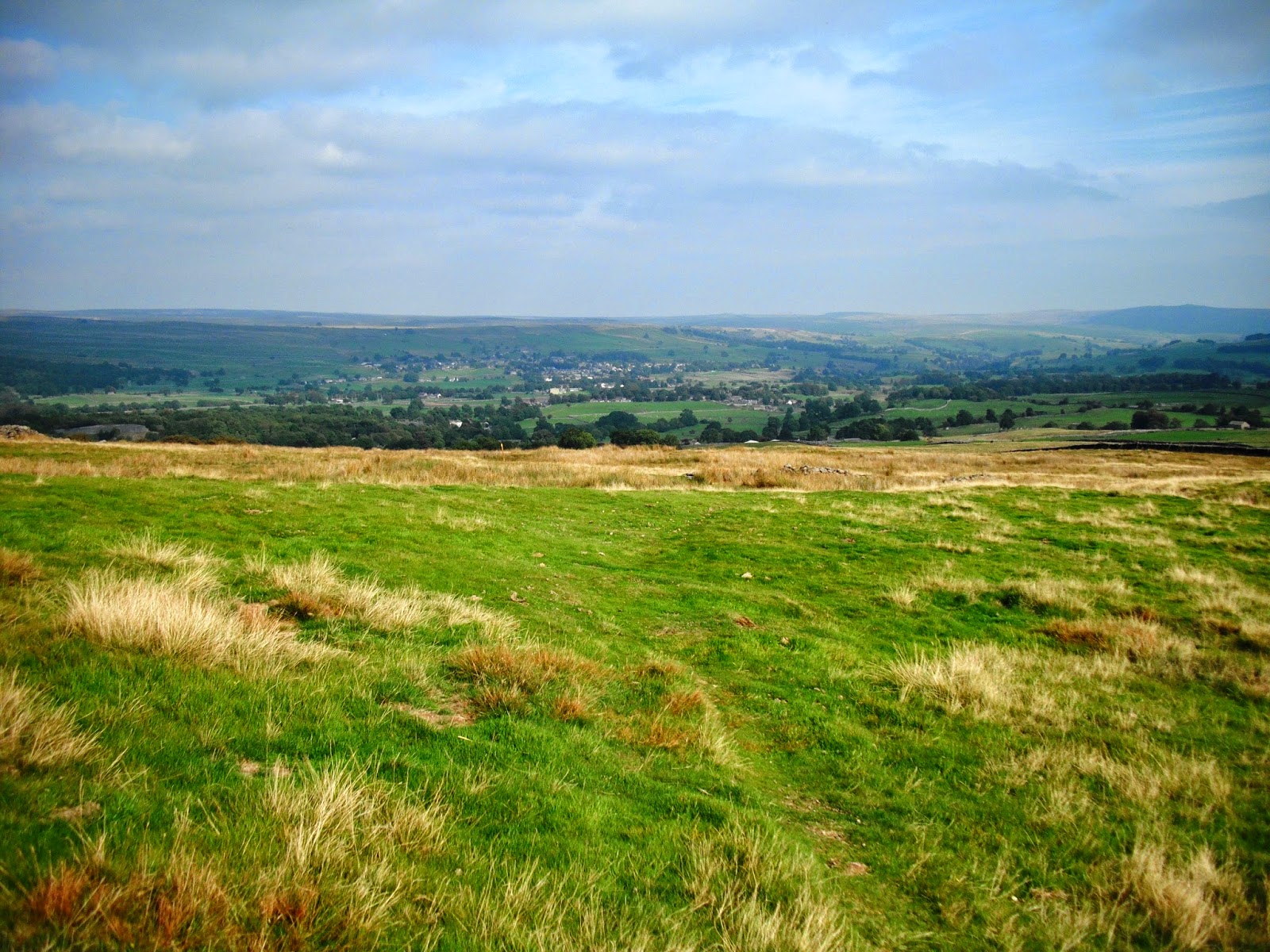 I made a bit of a cock up with the last part of the route. At one point I lost the path over a particularly boggy stretch of moor. It is very difficult to follow footprints over this type of terrain because everyone makes it up as they go along. At one point I became completely disorientated, I really should learn how to use a compass. I found myself back at a farm I had passed through half an hour earlier, I don't know how I did it. The farmer sent me off on the right track.
I arrived at Malham Youth Hostel at 6.45pm, and booked myself in, 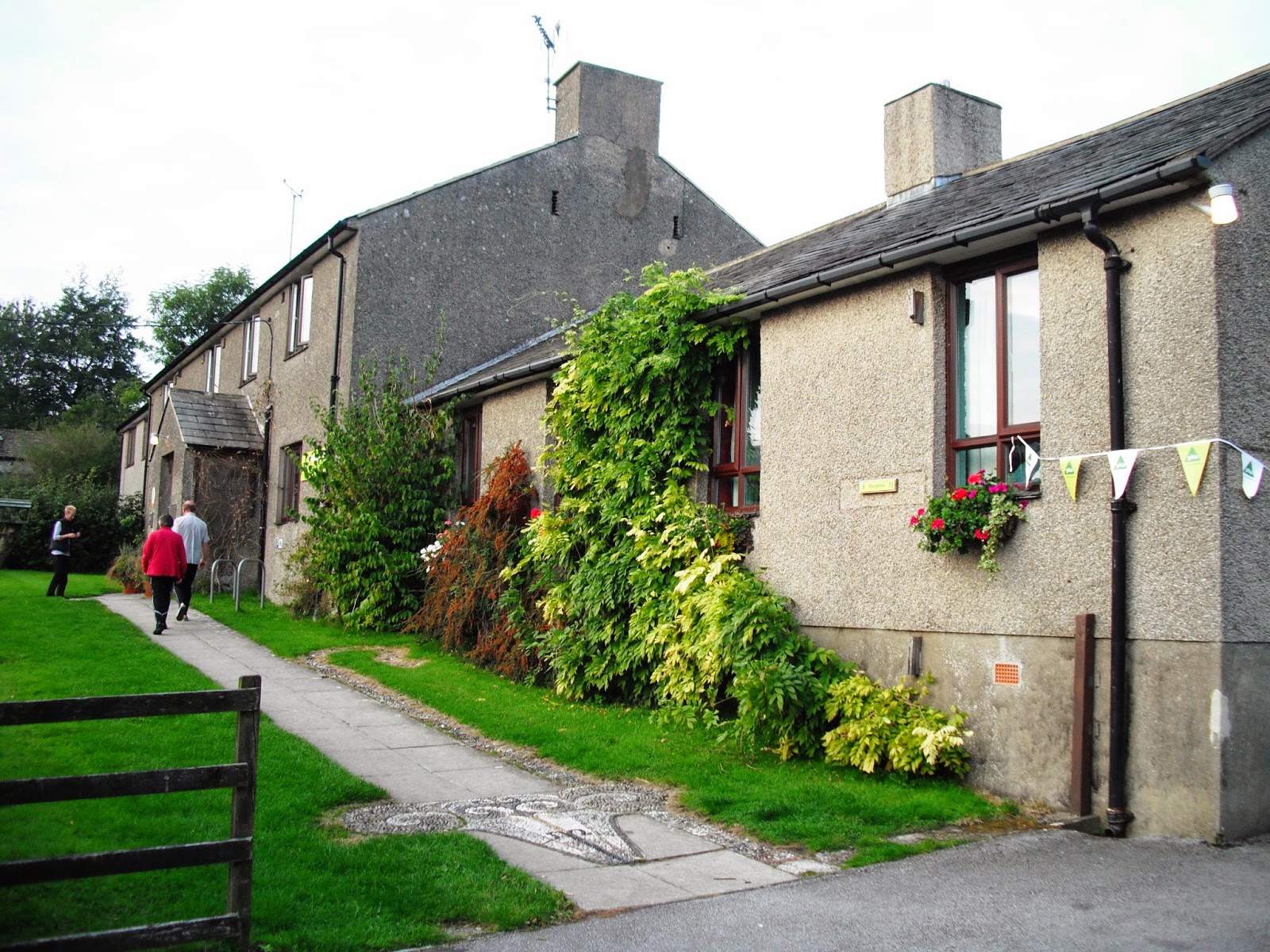 They have these two camping pods if you wish to sleep in one. Several hostels have these now. 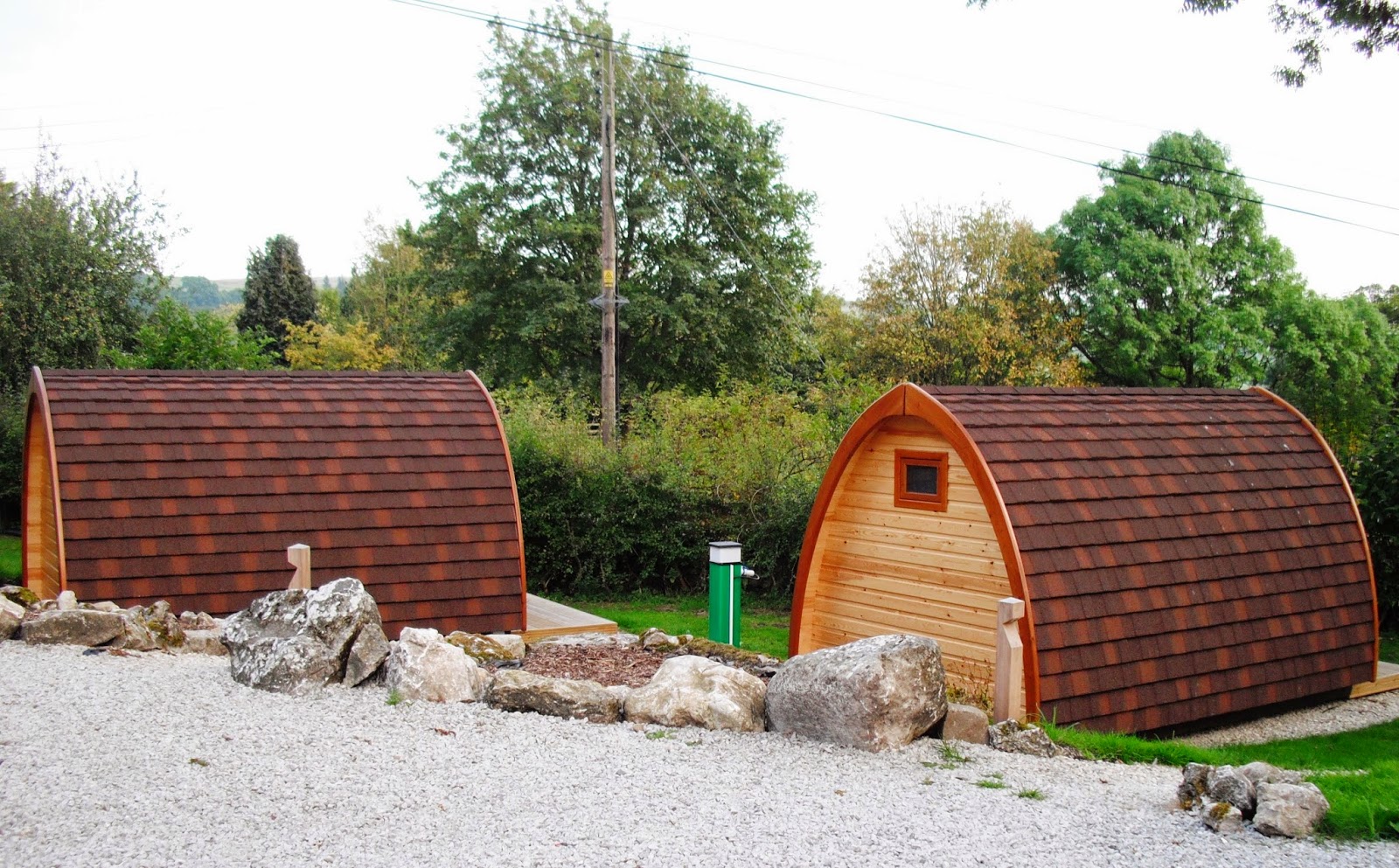 Tomorrow I'm going to walk to Settle. I have walked the route before so shouldn't get lost. In Settle I shall be looking for a bus to get me further on, Maybe Kendal would be good. At this rate by the time I get to the Lakes it will be time to come back. Mind you I could probably do the whole trip back on buses if I go a bit further south through the bigger towns.

My room mate has gone to the room so I'd better sign off now. Don't want to disturb her by being late back.
Toodlepip.
Posted by Meanqueen at 22:22