Hello. This is a catch up post, wot I've been doing for the last couple of days. Pretty mundane stuff actually but I'll try and liven it up a bit, don't want you falling asleep. First off, look what I found. two wrinkly and charred Quorn sausages. They were on the grill pan as I pulled it out to cook some chicken for the cats yesterday. I vaguely remember putting them in there to have with my veggies, must have forgotten them. Possibly a couple of days ago, I think. So what to do with them, eat them of course, don't look too appetizing though. Not to worry, find something to go with them. 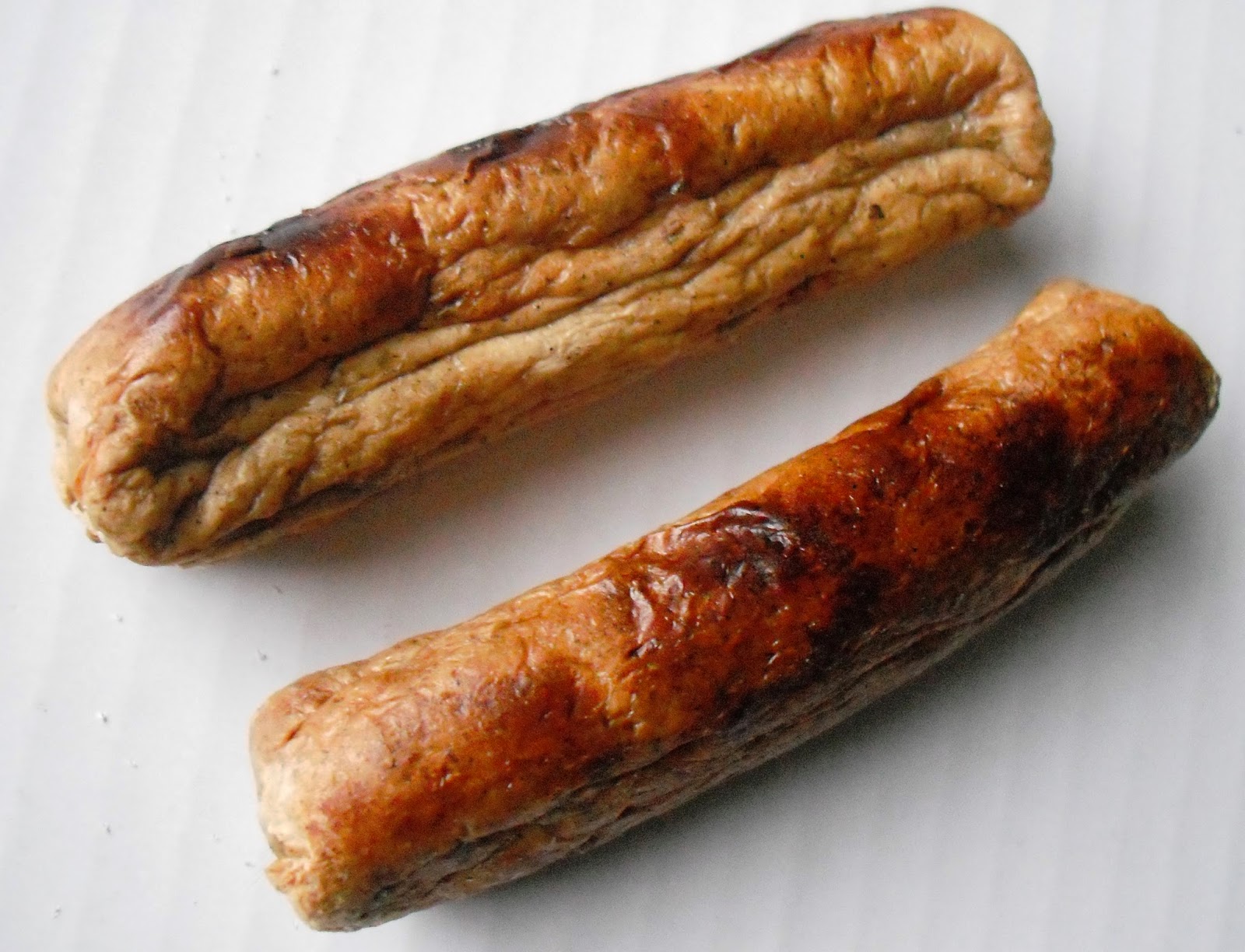 A portion of brown rice. Has anyone noticed these new dinky plastic pots with a blue lid, they come with Bakers dog food in them? Perfect size for a single portion of anything, great for the freezer. 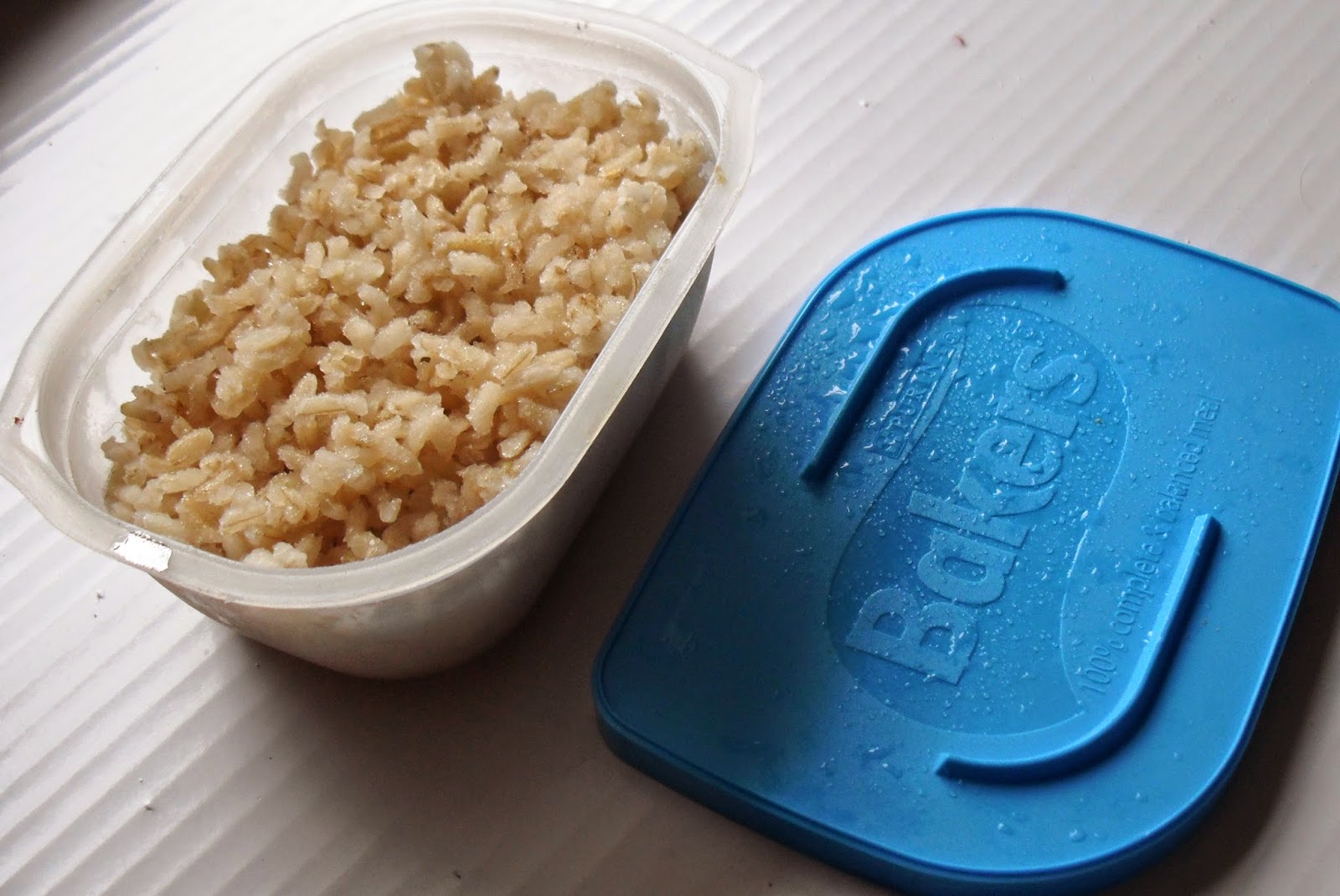 So, put rice in a pyrex dish, add a drop of water and a teaspoon of gravy granules. Chop the sausages up in small pieces, I use a big pair of scissors for this, and microwave the lot. Open door and stir a couple of times, make sure it's all piping hot. Add a sprinkle of grated cheese. It was bloomin lovely. 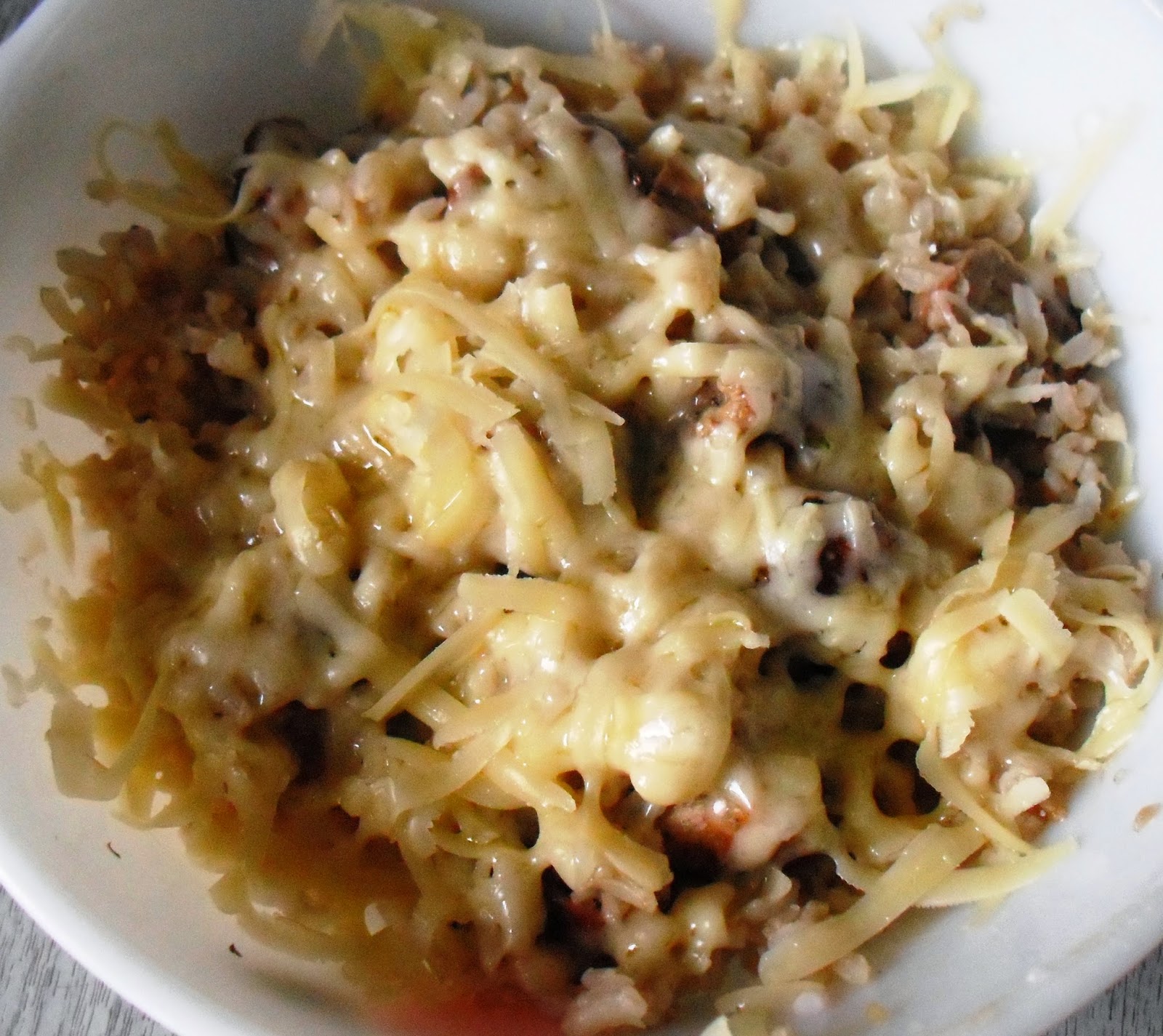 Last nights dinner, a plate of steamed veggies. I know, I'm always going on about this, but look at those scrumptious sprouts, such lipsmackin flavour. 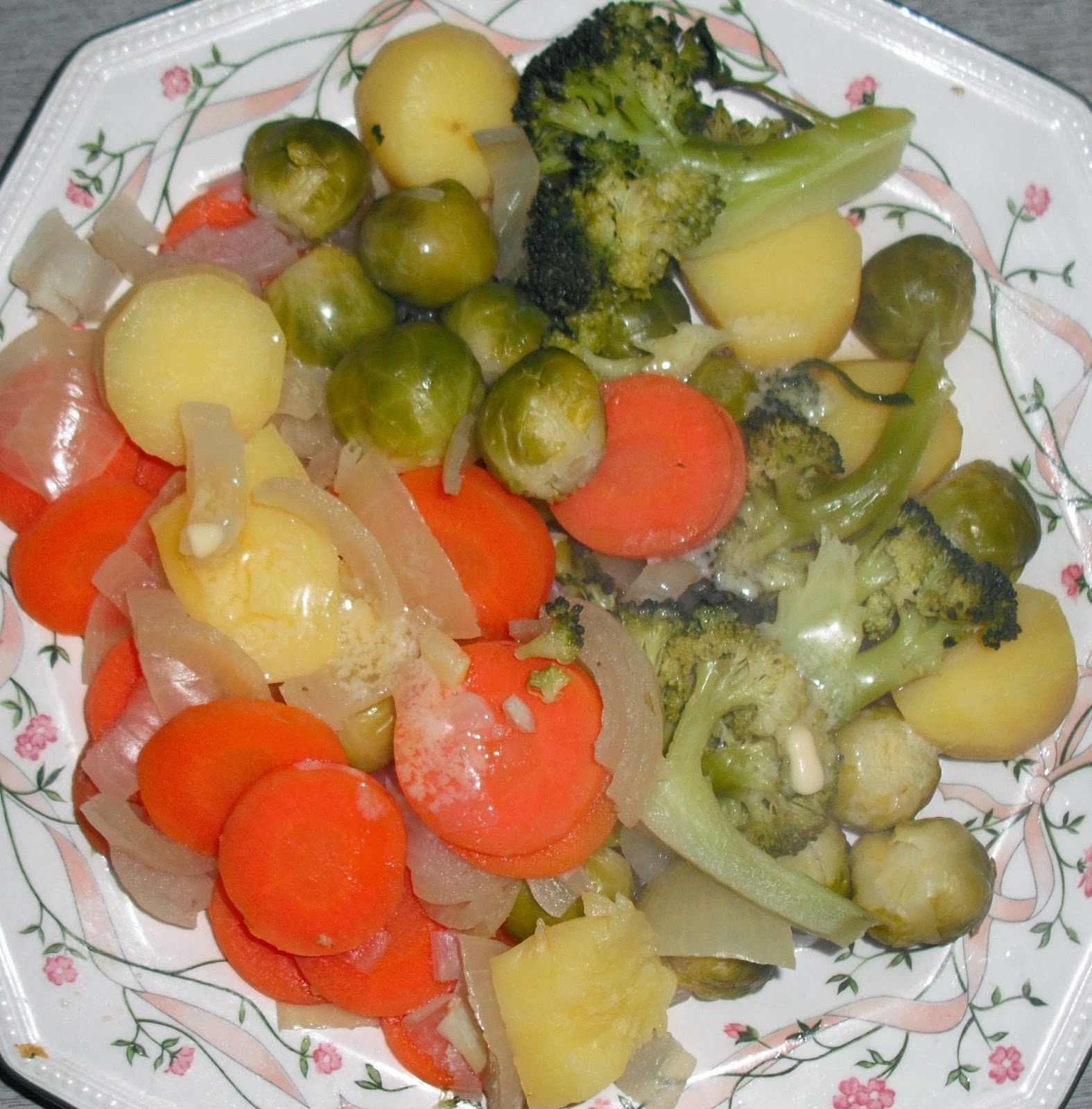 I went to town yesterday to pay a bill, and to pick up a few bits and bobs. I ended up with sixteen bags of this cat food, found in the £1 shop. This is a good price, normally £1.49 in other stores, so I emptied the shelf. Get it while it's there. My cats love this, they get ever so annoyed if I run out. Already opened two bags, one for Bugsy upstairs and one for Mayze and Heidi in the kitchen. It's in Poundland by the way, if anyone wants to buy it, though sometimes they run out, probably because other people raid the shelf as well. 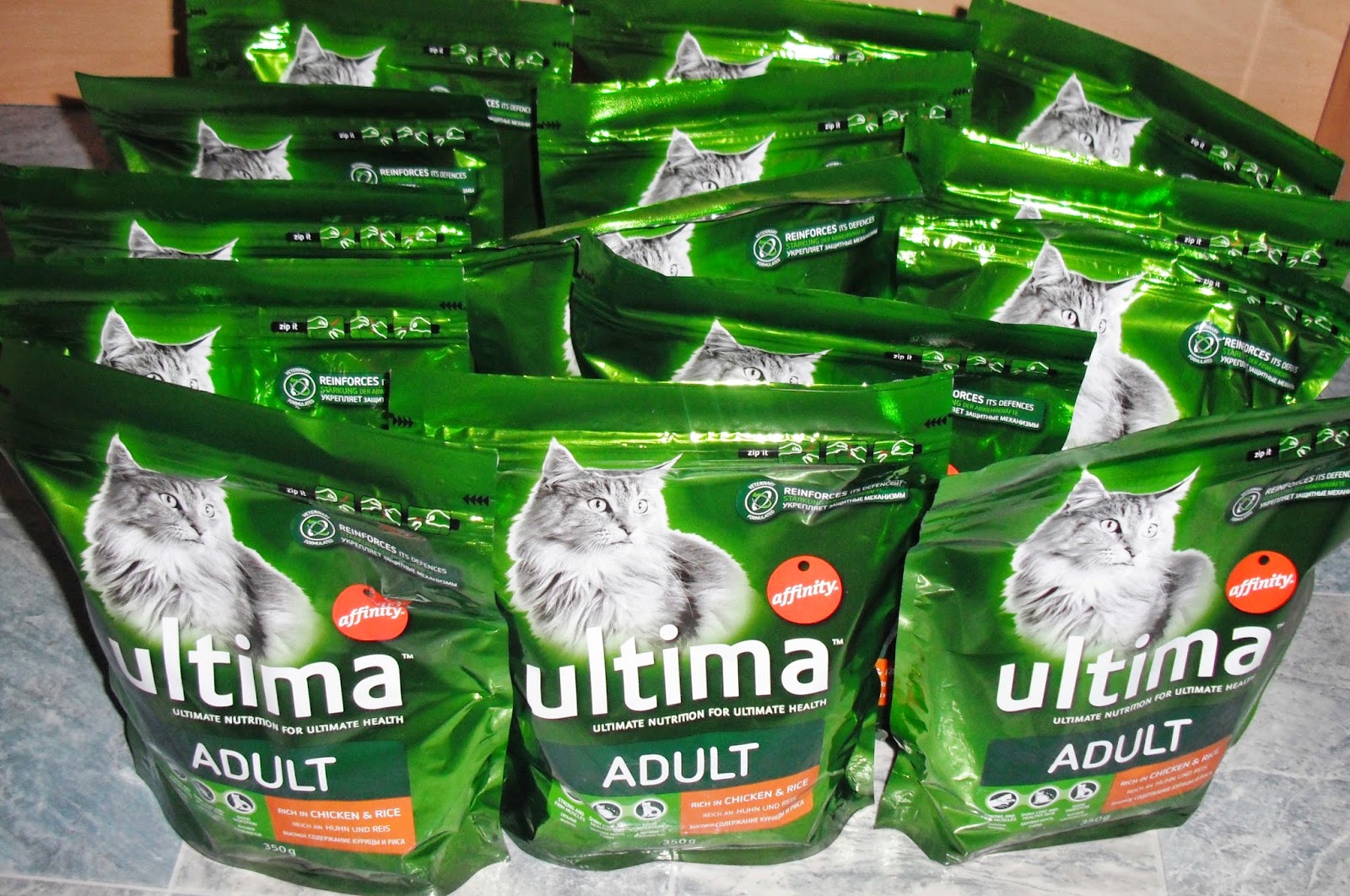 Elevenses today was a banana, plain yogurt, and chopped nuts. Someone mentioned that they get the same yogurt as I do, that particular photo was Aldiddlys yogurt. Tesco's is the same price, 45p, so I get it at either store, where ever I happen to be. 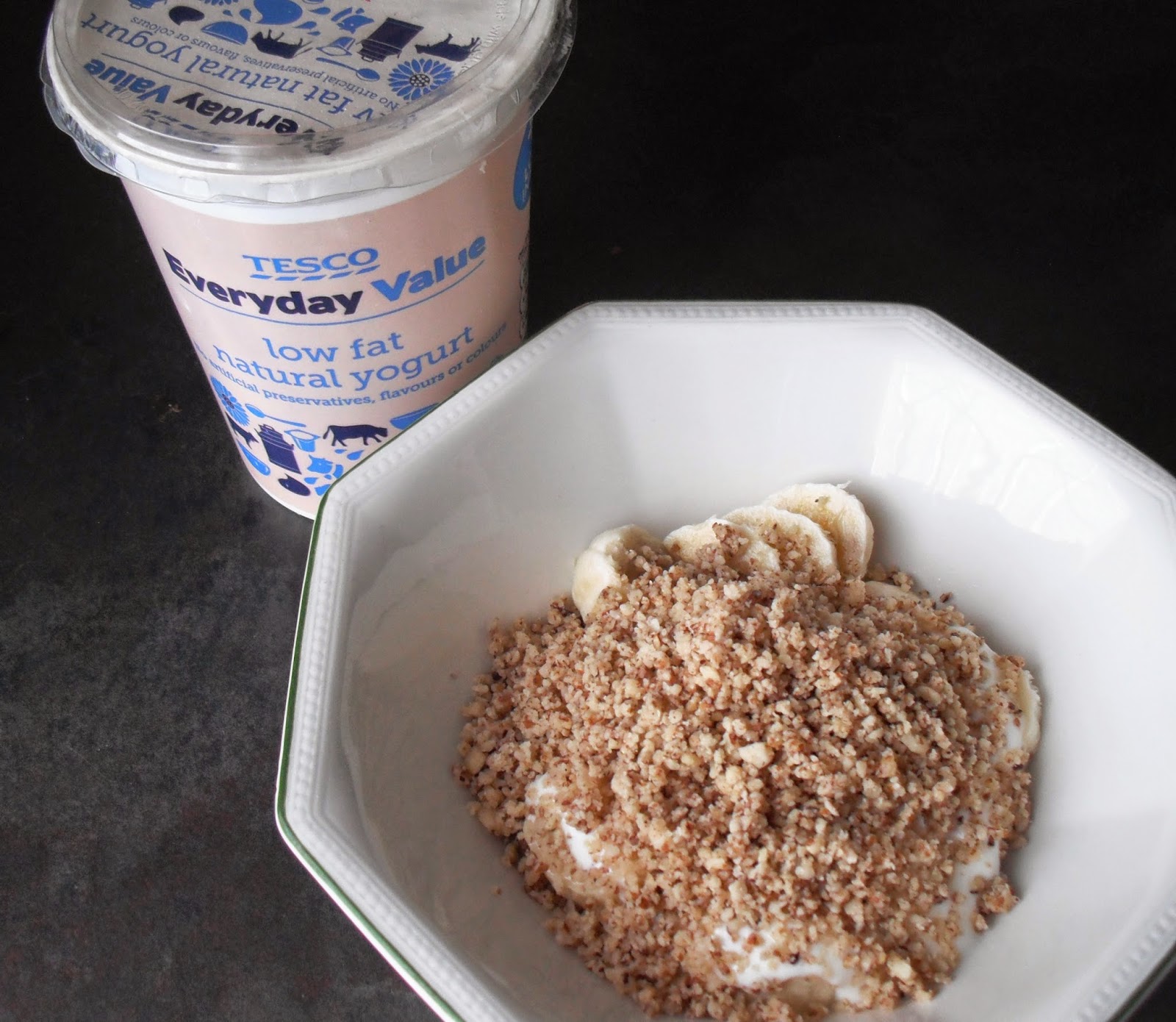 Lunch today was nothing exciting, baked beans and scrambled egg, but I fancied it. I didn't bother to toast the bread, couldn't be bothered.. This bread was a gluten free bun, I bought a couple of packets a few weeks ago on a yellow sticker. Made a sandwich with it for a pack up and it was horrible, tasteless, dry, and gritty like sand, so I'm using it up with beans or spaghetti to give it a bit of moisture and flavour. 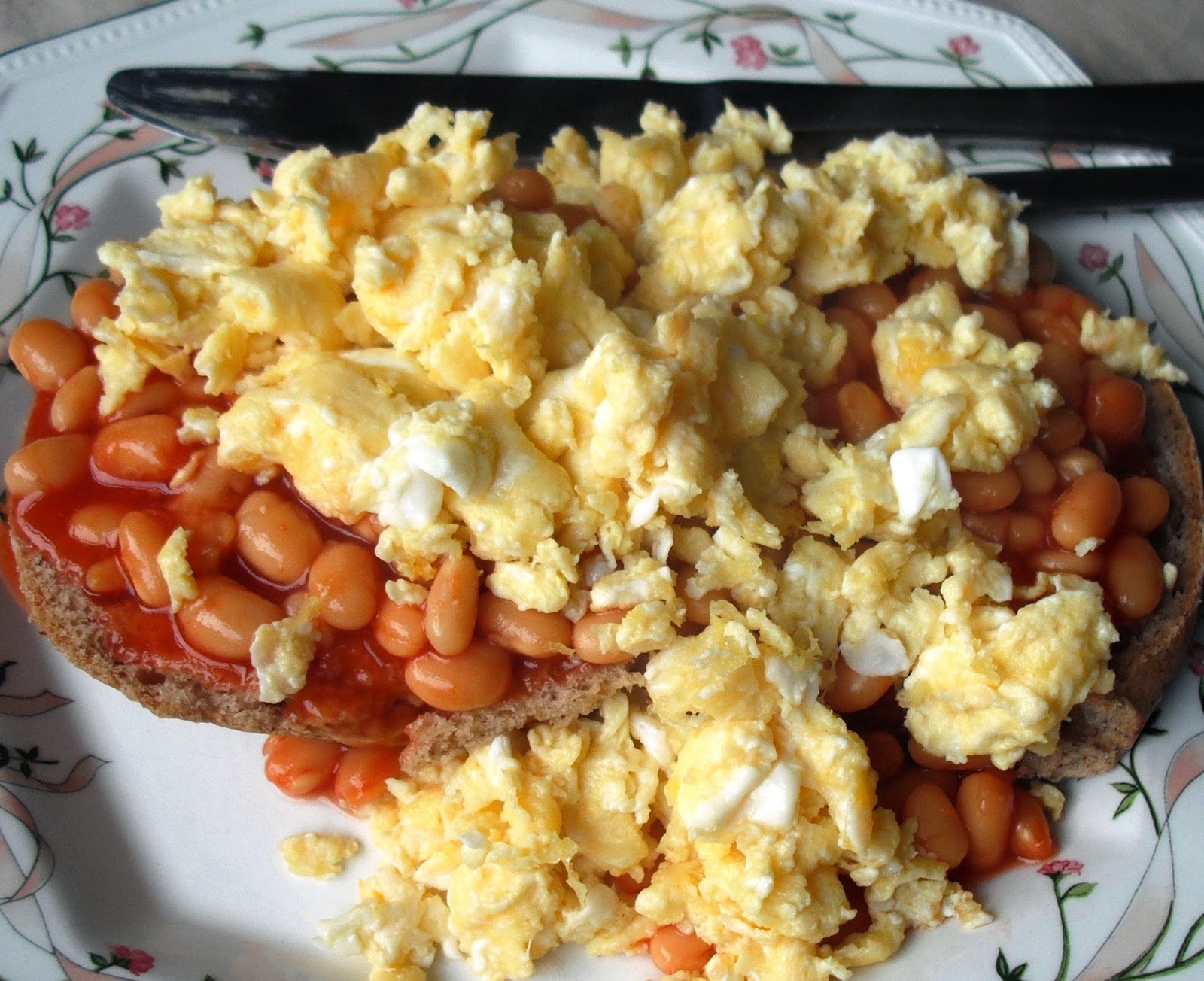 I opened my bottle of beer today, bought it two months ago. I like this stuff, puts hairs on your chest, ha ha. I haven't had any for a long time, makes a nice change. 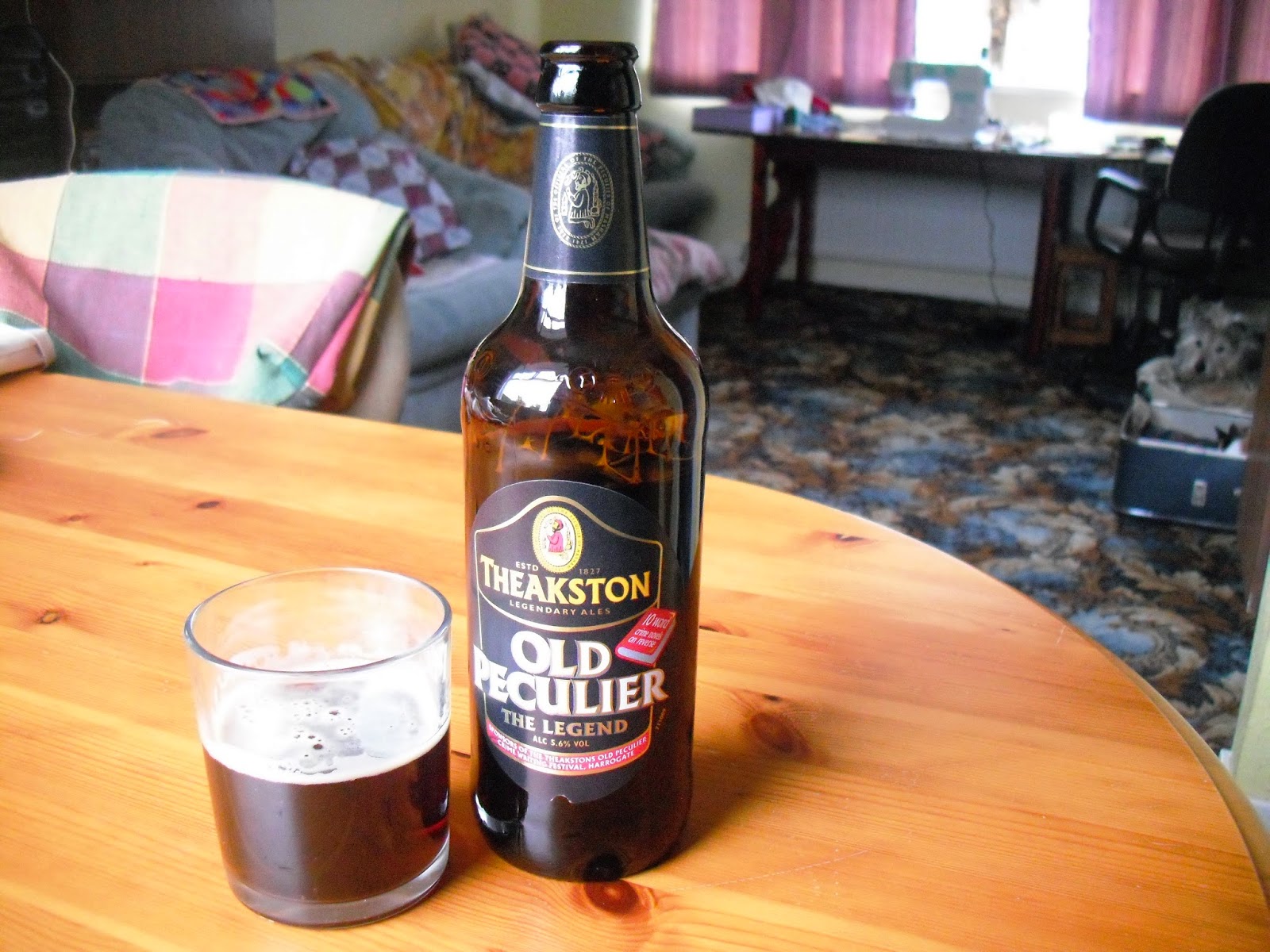 I put some beer in the pan of stew I made tonight. In here are the last of the sprouts, remember the three bags I bought for 10p each? Two weeks out of date, nothing wrong with them, everything gets eaten here. 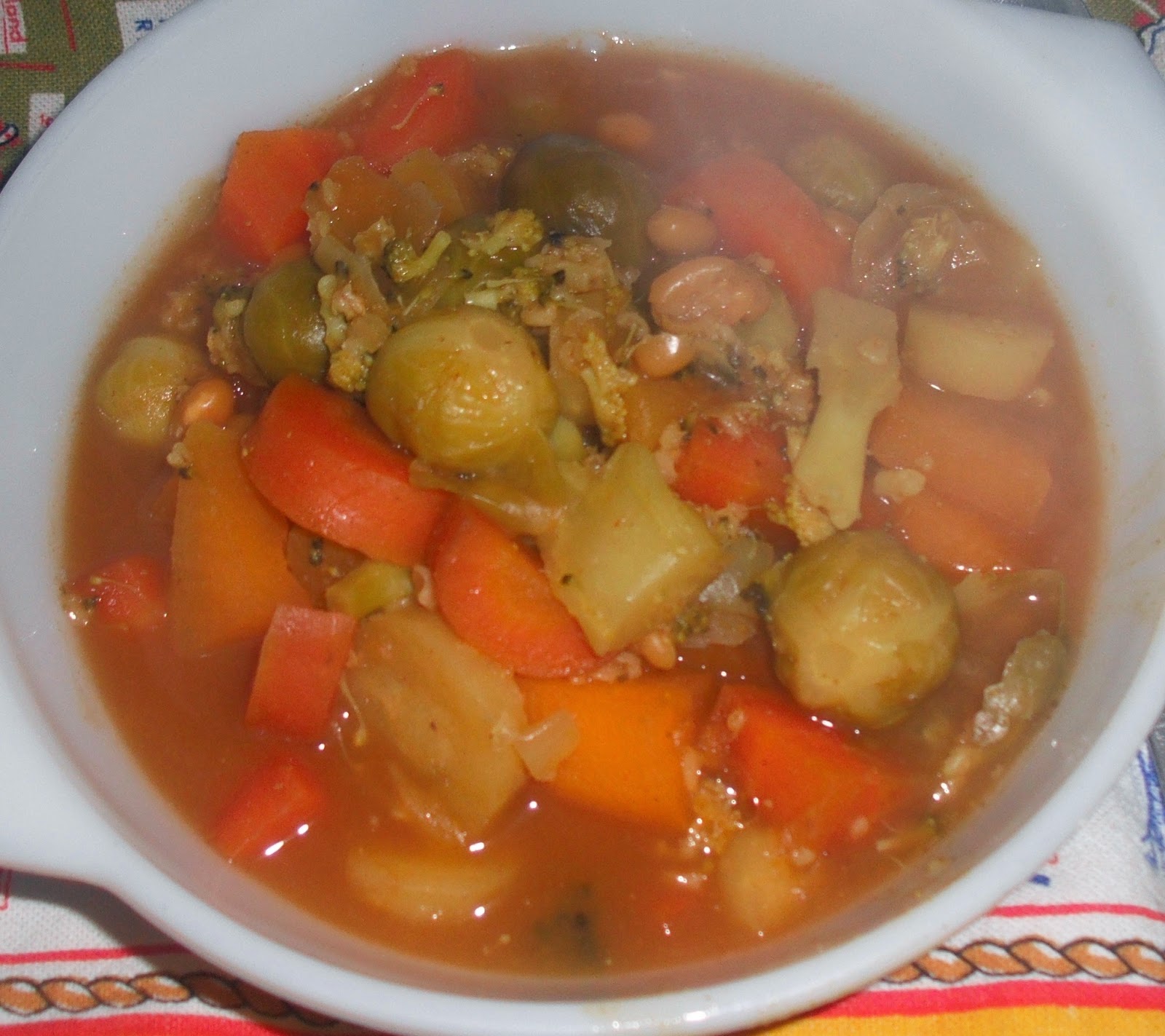 What else have I done today, ah yes, dug out the compost heap and spread it around on the raised beds. Trimmed a hedge on the back garden and topped the wheelie bin up with the cuttings, it's now ready for collection. Oh, and made these two bags out of two cushion covers I got out of a skip. The fabric is quite thick but the colours have faded, so after washing them I unpicked the seams and turned the inside to the outside if you see what I mean. They are not great, but at least they will be useful as bags even though their cushion days are over. Not worth posting them off, I'll pass them on to someone at the supermarket. 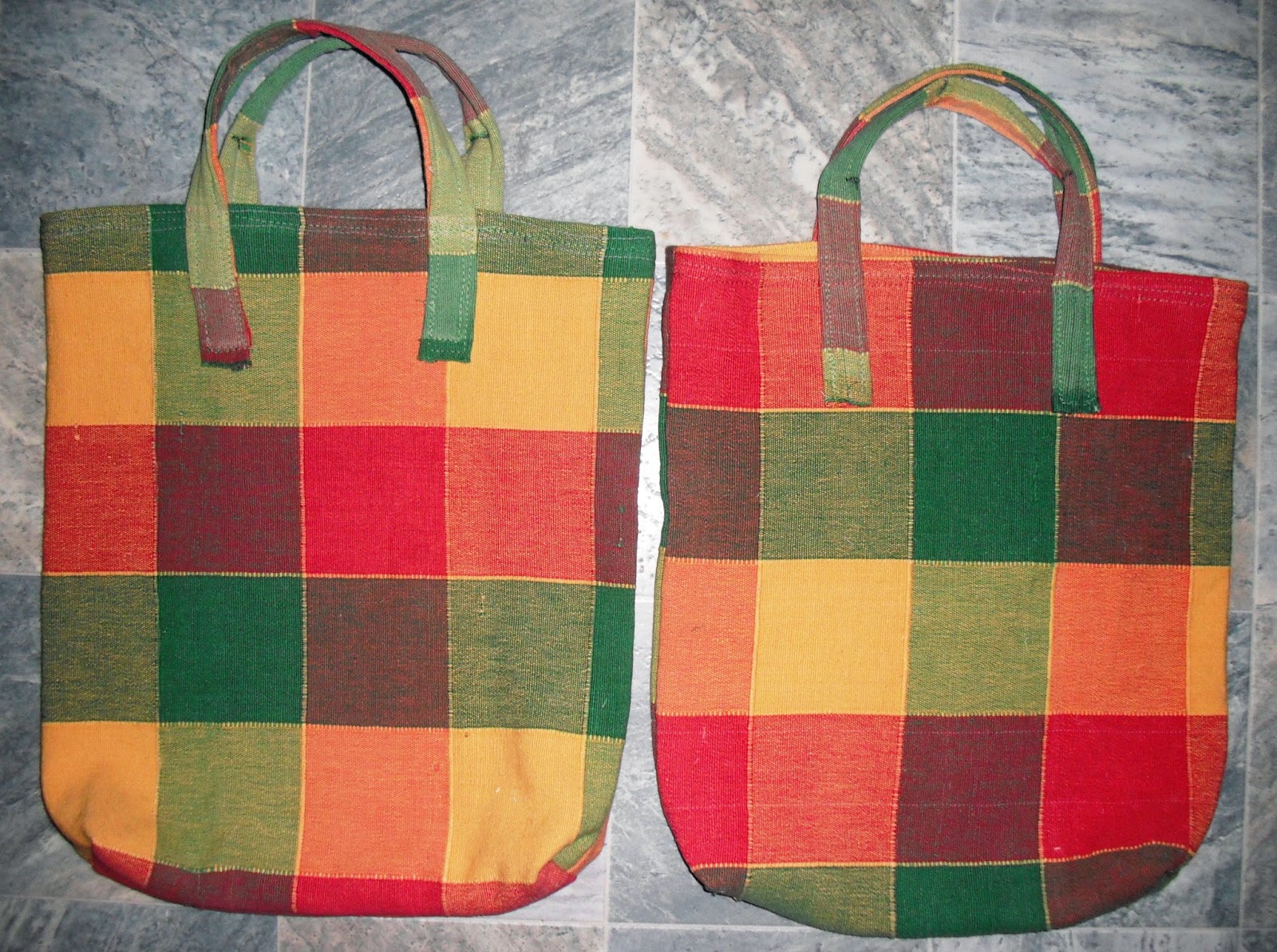 I spent some time working on the picture, have started to add the field boundaries in black wool. Still a long way to go, but I am getting a better idea in my mind now as to how I want it to look. 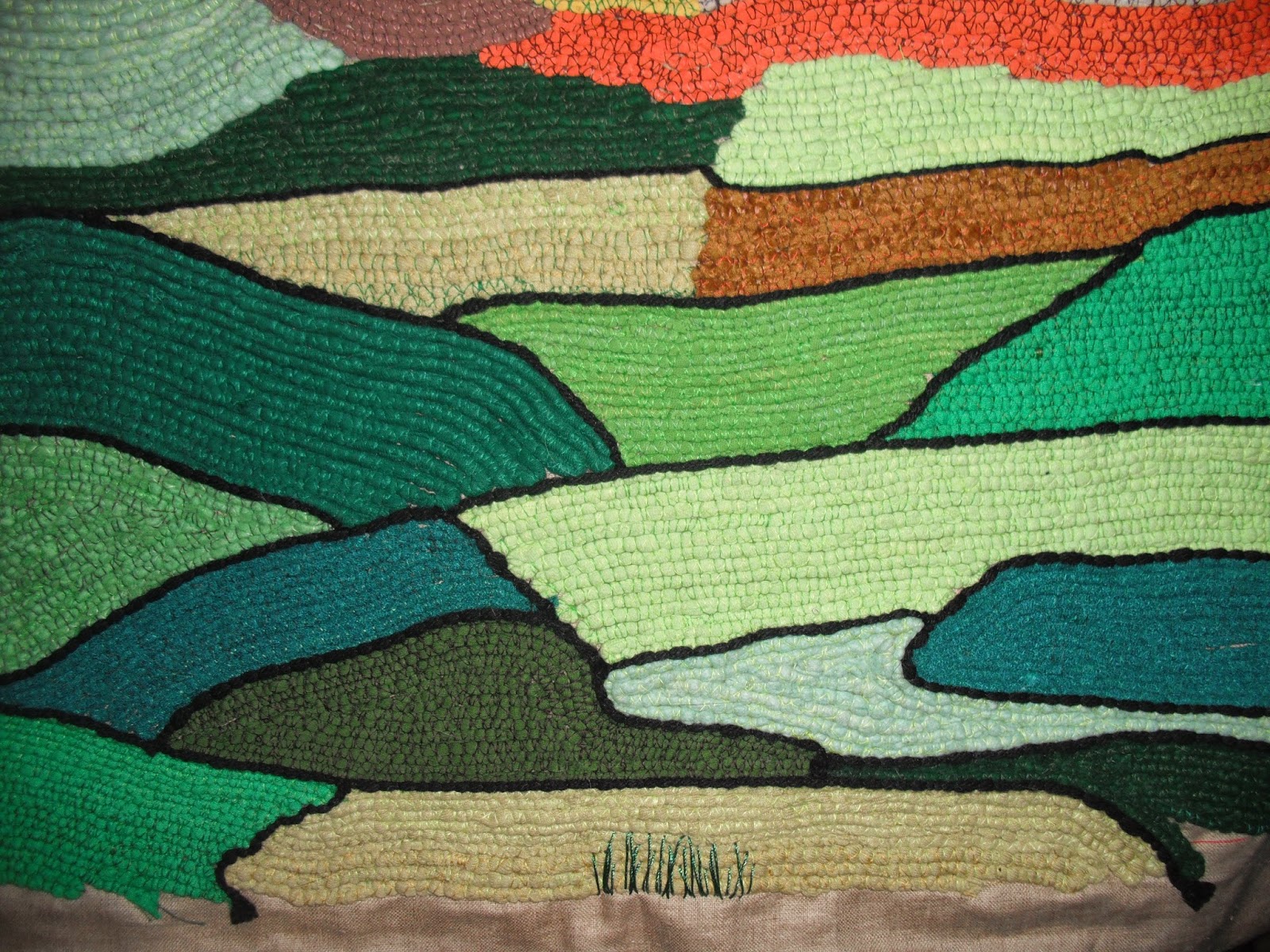 That's about up to date now. Thank you for popping in. The weekend is here again, I wish someone would stop the clock, my life is going too chuffin fast, at this rate I'm going to run out of time. Have a great weekend.
Toodle pip
Posted by Meanqueen at 21:47