Two suckers are better than one ;o)

Howdy pardners. I am now a two Dyson household. You may remember I got the purple machine out of a skip last year, didn't expect it to work but when I plugged it in, it sprung to life. Amazing. It was pretty filthy though. It's been in the shed out the back awaiting a good clean and today was the day. It was sunny so I had it outside on the table and gave it a good going over.
I did think about giving it away, but now I will keep it because it will make the job of cleaning the stairs a lot easier. That cumbersome yellow upright thingy is a bugger to balance half way up the stairs. I have to steady it by wedging it between my legs as I get the nozzle into the corners. The dinky little purple one will be much more suited to that job. Only trouble is that there are no attachments with it. I tried a flat nozzle from the other one thinking they might be interchangeable, but it didn't quite fit. Then I remembered I had an old nozzle from a previous machine and went searching for it. Eventually it dawned on me that I had probably thrown it out. Typical, I tidy up, dumping stuff I don't want, then ages later I need it. I did find a plastic pipe though from a very old machine, and the flat nozzle fitted the end of it. As the pipe was tapered, it was a matter of sawing six inches off the narrow end which meant that it fitted into the sucking bit of the purple one. I don't know if you can understand that, but briefly I found a piece of plastic pipe which joins the two pieces together. Success. Now I have one for upstairs and one for downstairs, and no lugging that awkward upright about. 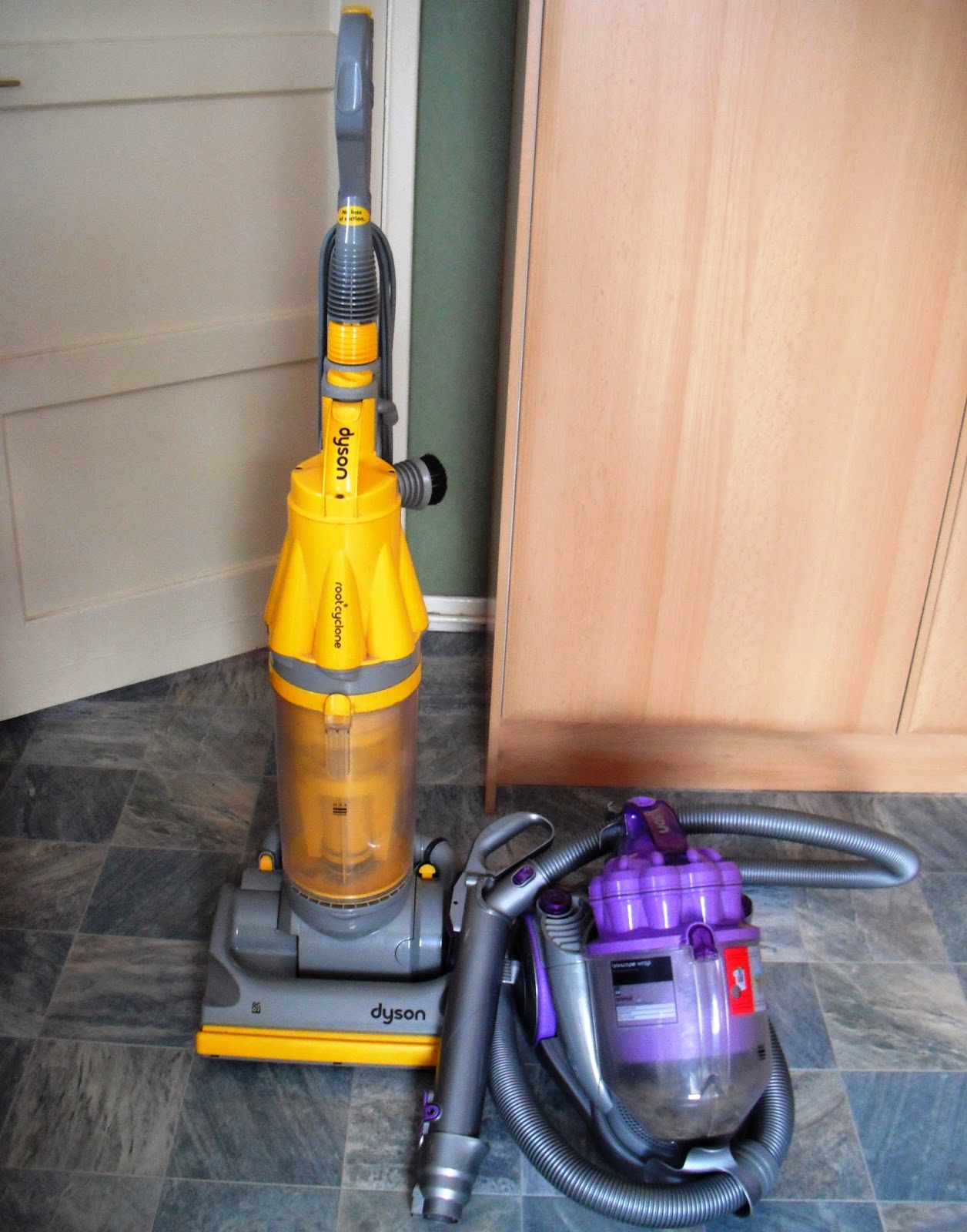 I found another door yesterday for my project. There has been a skip on someone's driveway for about a week, nothing exciting in it, just building rubble. Yesterday I noticed a door had been put on the top, but there was no one in the house to ask. I stood chatting to another dog walker for five minutes, when a car pulled into the driveway, that was lucky. The lady said I could have the door so I went round in my car and picked it up. It's in very good condition, perfect in fact.

Heidi's scabby face wasn't getting any better so I took her to the vet today. We have a nice lady vet who comes twice a week to the next village. She comes from a big practice a few miles away and uses a little empty terraced house as a makeshift surgery.  She is very popular, you don't make an appointment, just turn up and wait in line, and she stays till everyone has been seen.

She doesn't think the injuries are from a fight, and I am tending to agree with her now. If it was a fight it should have healed by now. Marion took a sample of scabby fur and will analyze it, she thinks it is some sort of allergic reaction, so Heidi had a shot of antibiotics and I have some lotion to put on. Poor Heidi, she was very calm while on the table, and didn't mind the car journey too much.

Is it the weekend again already, where does the time go. Enjoy yourself whatever you are doing.
Toodle pip
Posted by Meanqueen at 20:32