Fancy a pizza - no oven. No problem.

Happy Sunday to one and all. It's sunny outside, but windy so wrapping up is required if one should venture out. I haven't needed the heating on for over a week, so I am pleased to be saving money on that score. If the weather continues as it is I shall be well on the way to shaving £'s off the next bill.
I've had a pack of six thin and crispy pizza bases in the freezer for a month. I don't normally buy or make pizzas, but these were a snip at 15p. I was looking for reduced price bread but there was none, so I thought these were the next best thing. I don't use my oven, not even sure if it still works, but I thought there must be another way to make pizzas. Yesterday I had a go. 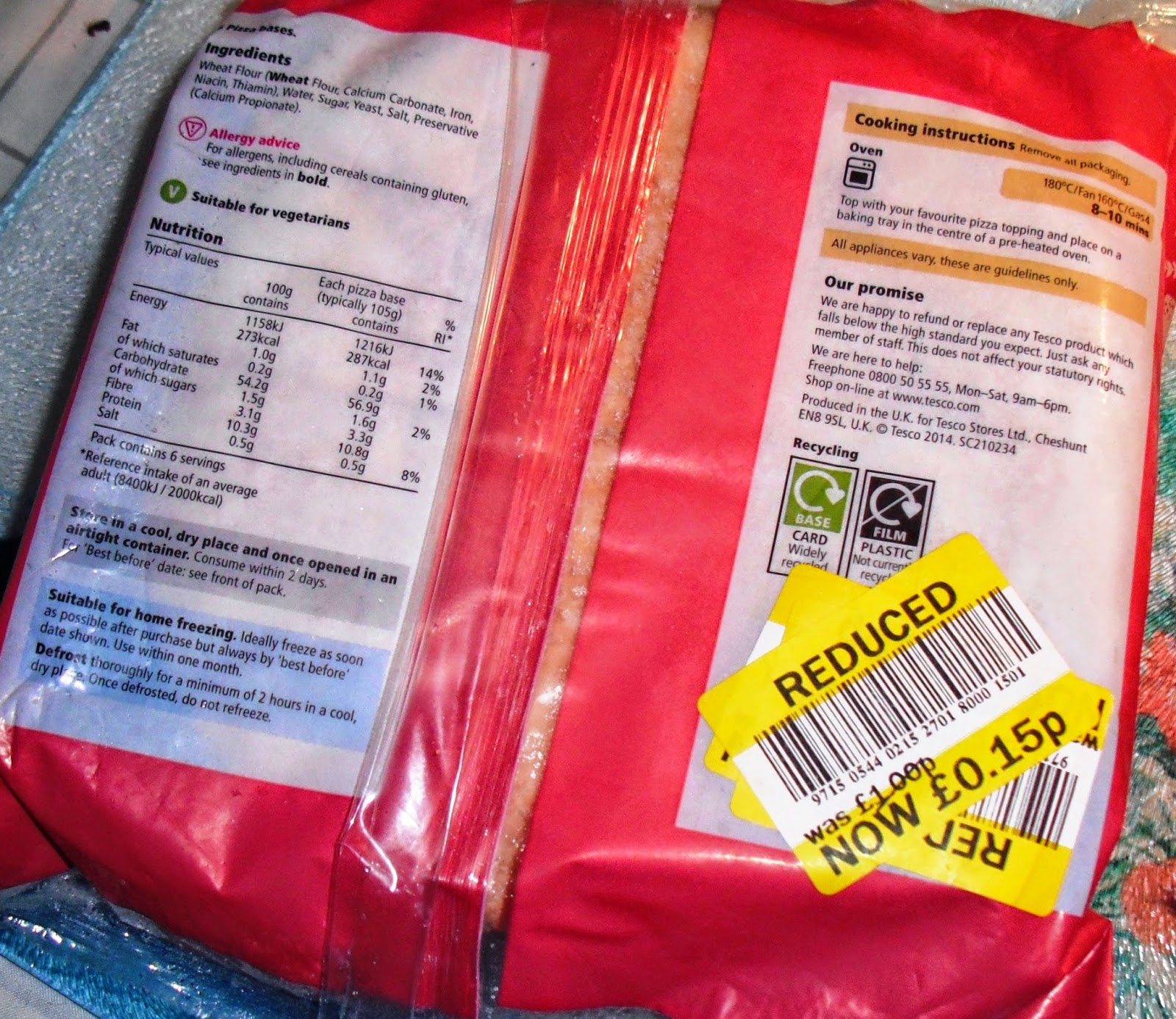 I cut two of the bases in half and put them in the toaster. There was a bit sticking out as they didn't fit exactly, so I turned them round and put them back in again. I suppose this bit could be done using the grill pan.

The topping will have to be cooked separately in a pan on the hob, so I got two Quorn sausages out of the freezer. I tried to slice them up with the electric carving knife but they were too hard, so I zapped them in the microwave for a few seconds to defrost them. Much easier to slice. 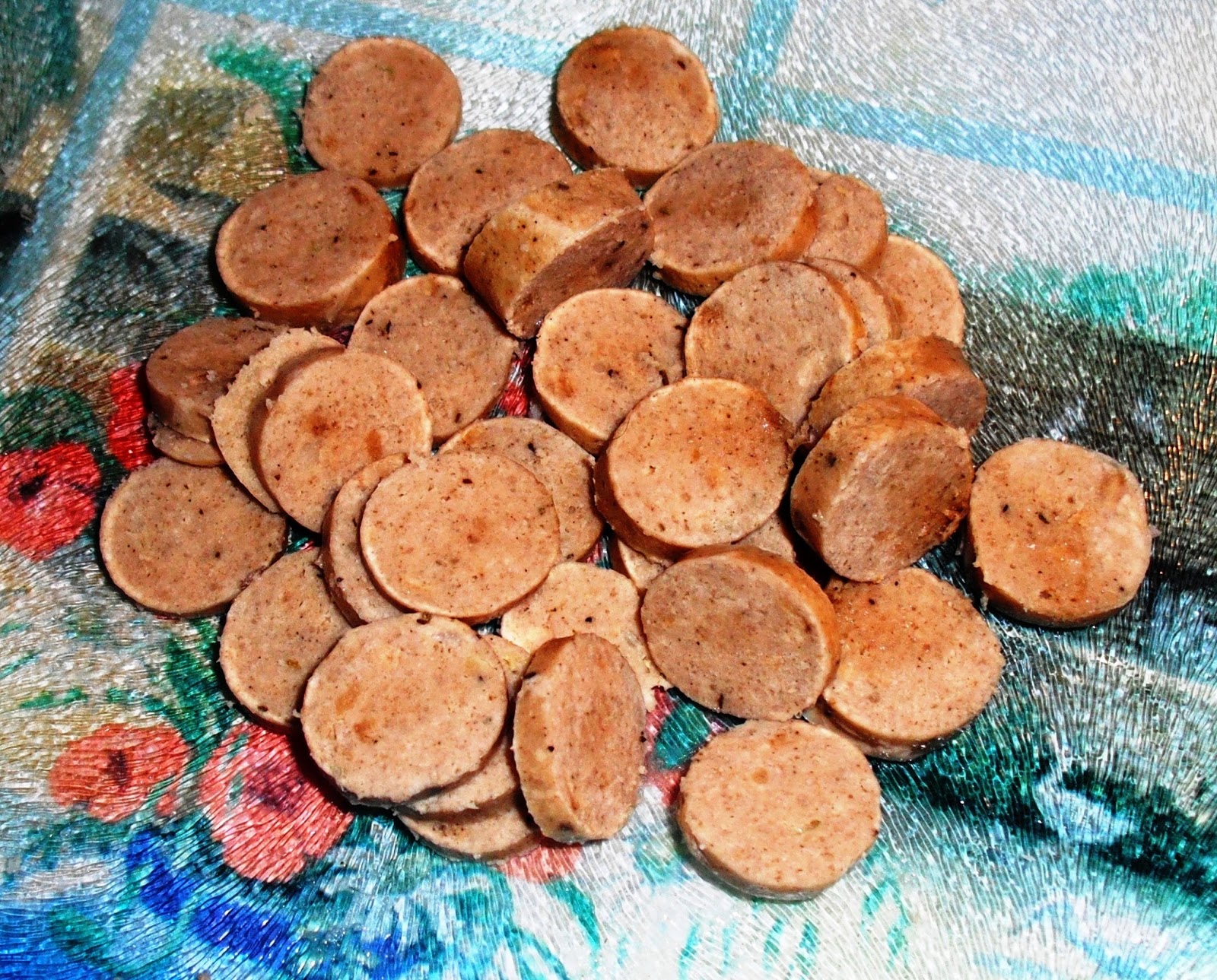 Next prepare other ingredients. Four sliced mushrooms, five chopped pickled onions, and fresh broccoli chopped into small pieces. Cook all this in a pan with a splash of oil, a splash of lemon juice, some spices, and a dollop of tomato ketchup. 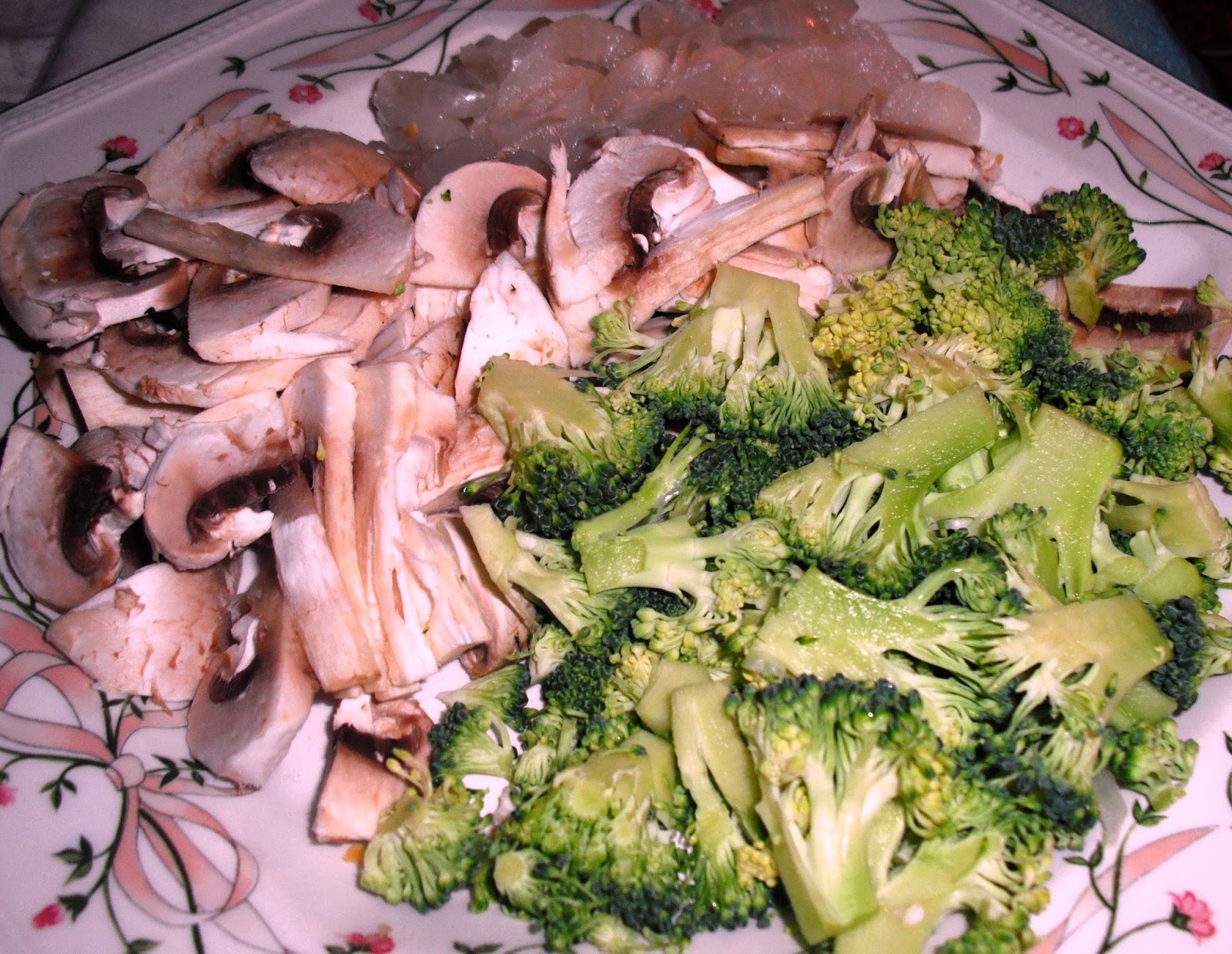 When this is cooked, about 6 or 7 minutes, put two halves of the base on the grill pan, I use foil because I don't like washing grill pans, and add the topping. Grated cheese on the top and grill till the cheese has melted. 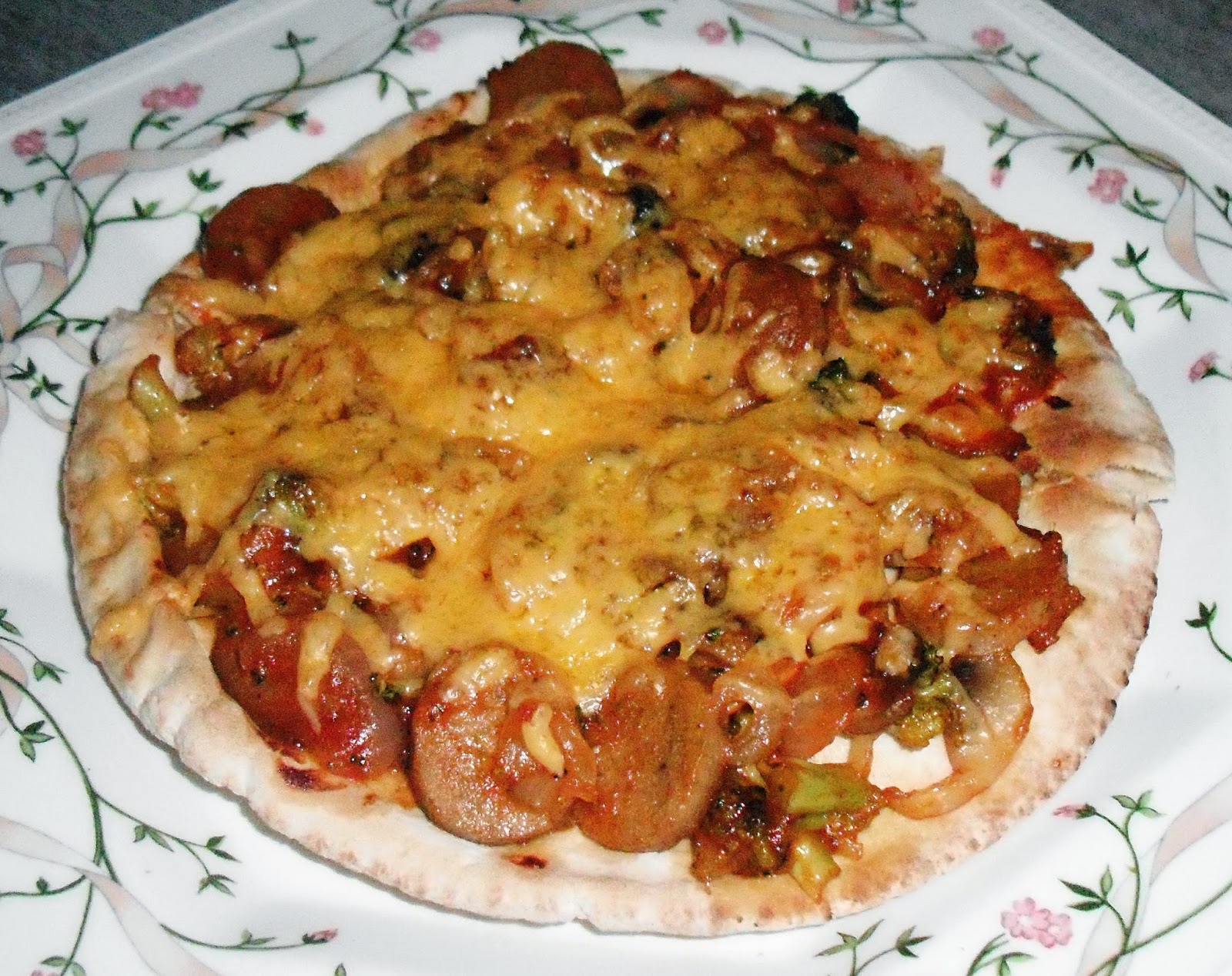 Oh my, it was chuffin lovely :o)  I ate one last night and have just eaten the second one for lunch today. Still got four bases so I shall be making more, using up whatever I have to hand. 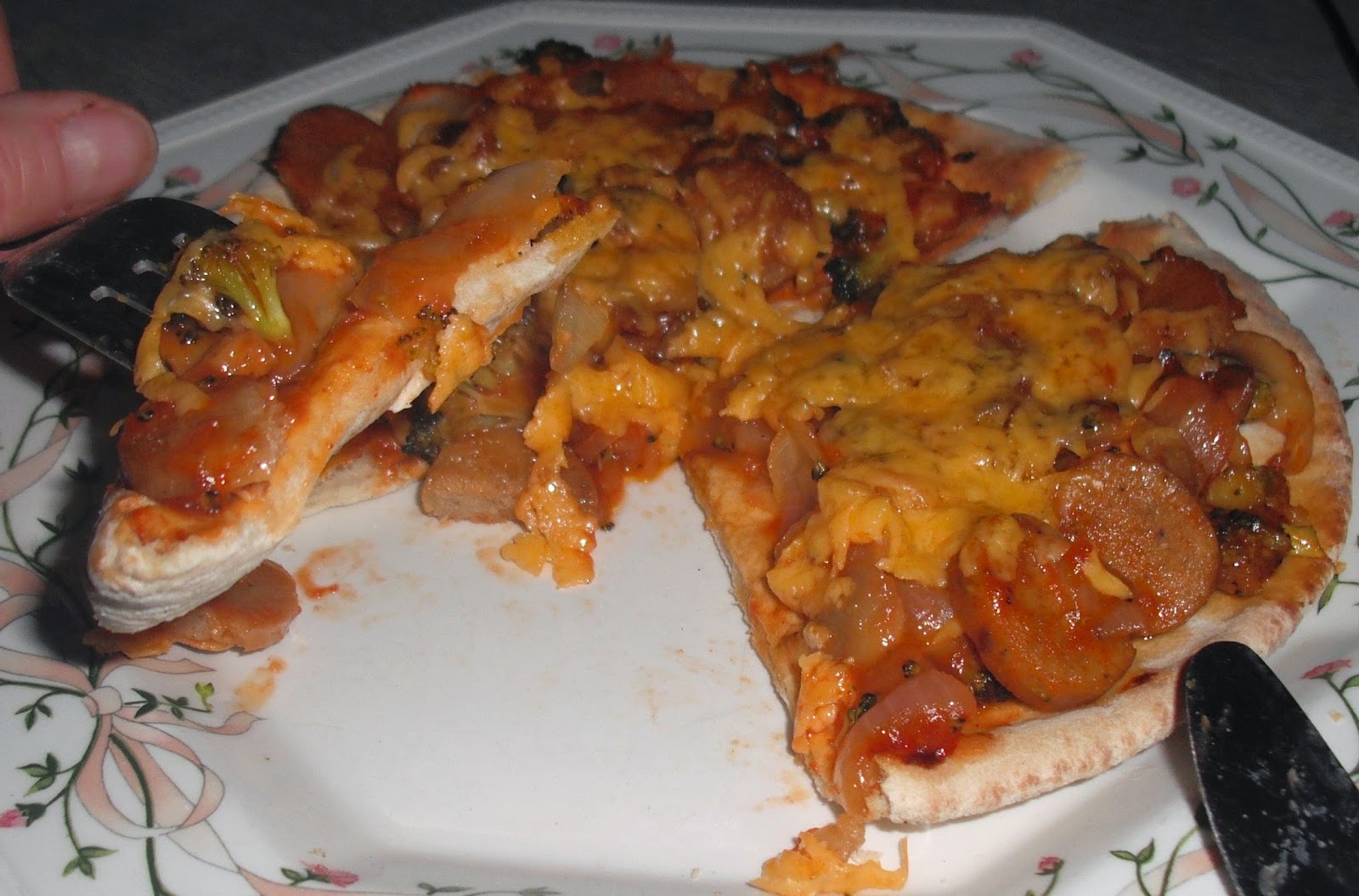 Heidi is letting me put the lotion on her scabby face without too much fuss. The method is to lull her into a sense of false security by whispering sweet nothings in her ear, then chucking a large towel over her enclosing her whole body, with her front legs tucked safely inside. Then it's hold tight with her body under my left arm and my left hand holding her face while I blob the liquid on. By this time she gives up struggling. I made a collar for her to stop her licking it off. This flumoxed her for a few minutes. She got the hang of eating with it on, but then ran around the house scratching at it like fury when it eventually came off. I think stronger fastenings are needed, ha ha. 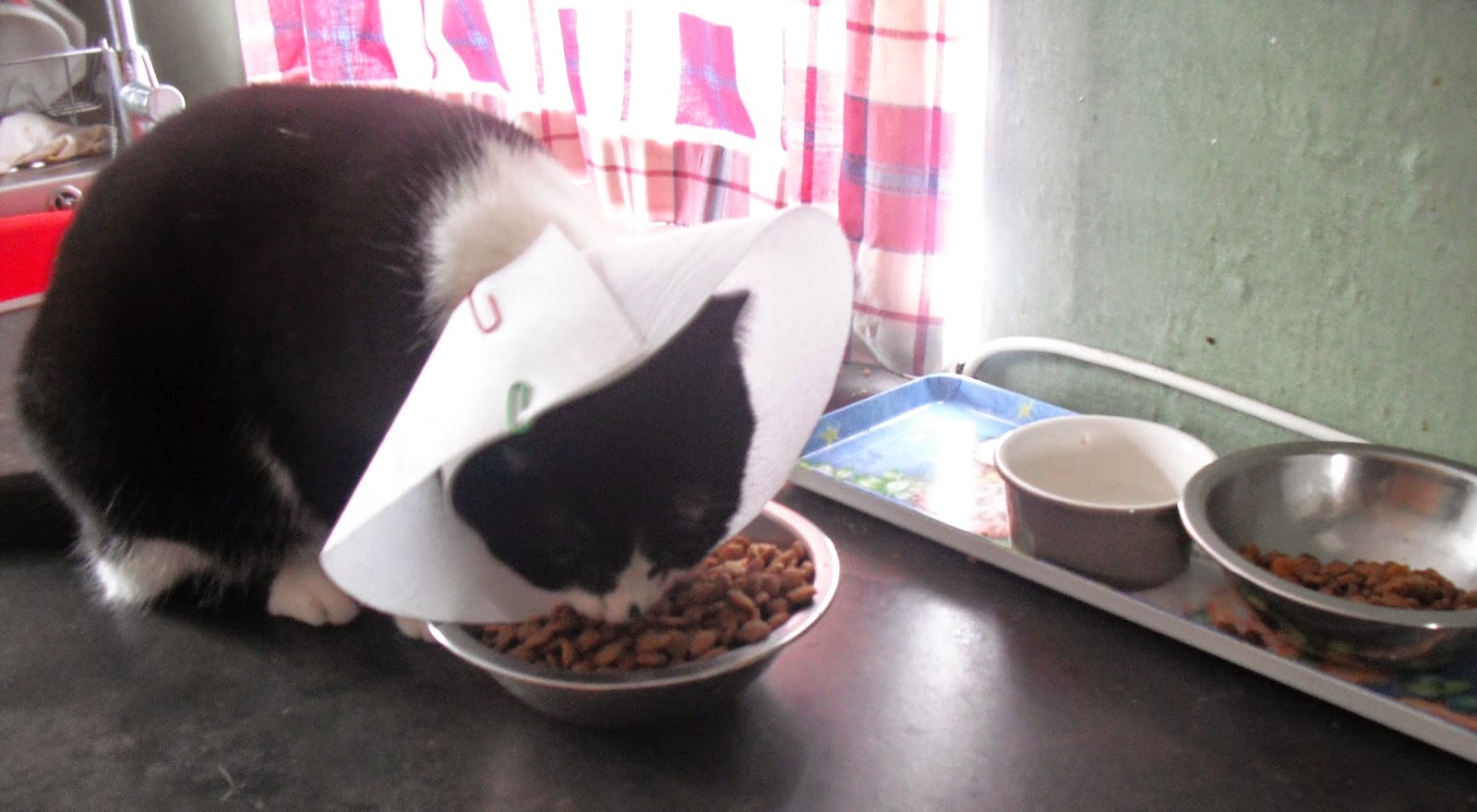 I've made a start on the mountain. In the magazine it is a winter scene with snow in the background, but I am changing the snow to heather. The canvas is shrinking as I sew, so if I am going to use this wood for a frame, I will have to chop a bit off  for it to fit. Don't think I have finished when the whole canvas is covered, that's when I start adding detail. There will still be more work to do. 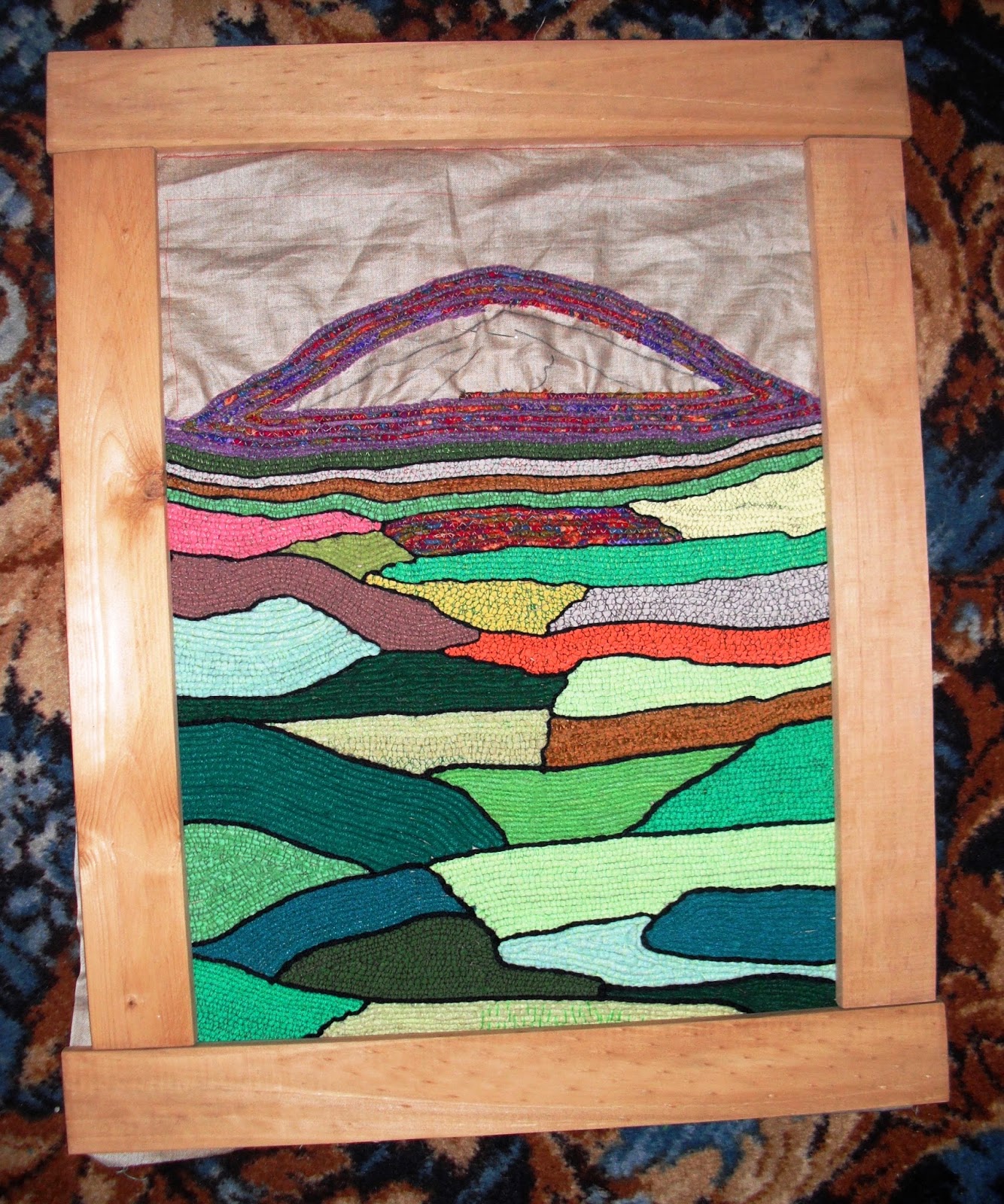 That's all, thanks for visiting. Toodle pip
Posted by Meanqueen at 13:15