I was just back from Aldi this afternoon when I saw there was going to be a beautiful sunset. I left the shopping bags on the kitchen floor, unpacking would have to wait. I legged it down the street to catch some shots. 44 pictures later and I thought that was enough, the battery was about to give in anyway.
I've had a sort out, chucked a lot, and picked a few out to post here. I hung around as the scene changes every few minutes. The next one is always going to be better than the one before, and I didn't want to miss any. The red sun is going down and I thought that would be it, gone. 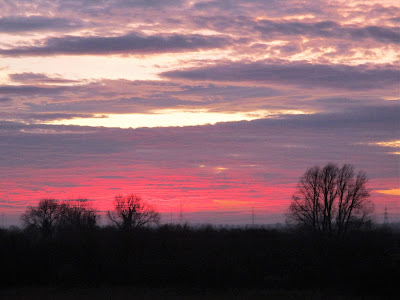 But I looked over to the right and saw a new scene emerging, it was more of an orange colour. Just when you think it's all over, it isn't. 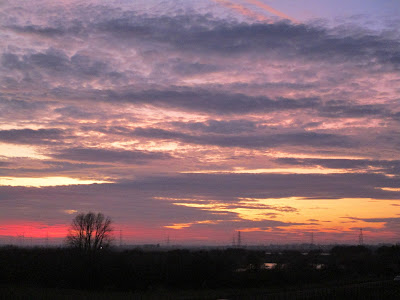 I moved along the lane to take pics through the gaps in the hedge. 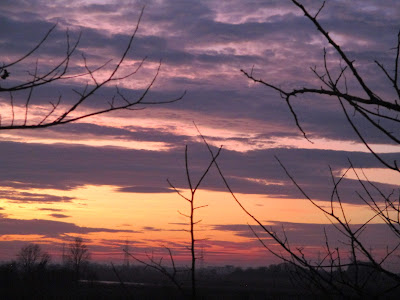 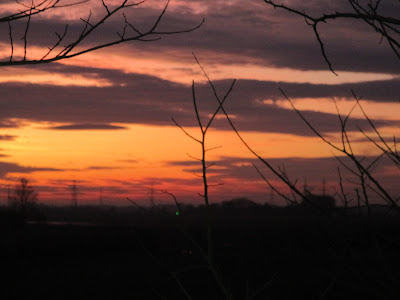 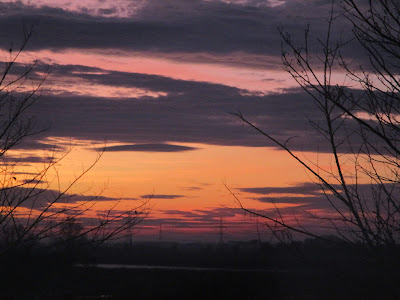 Then I put the flash on. I like this effect where the focus is on the twigs and the background goes hazy. 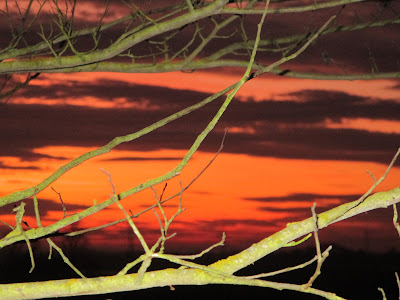 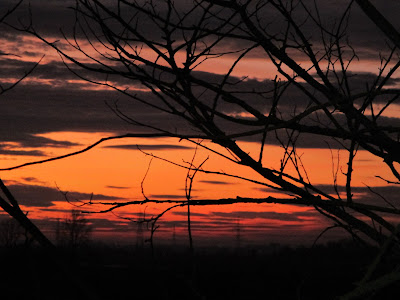 A very dramatic ending, at this point I decided to give up and go home. 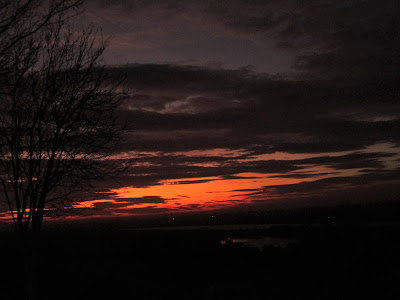 Walking back through the churchyard. Battery not quite flat, enough for a few more snaps. 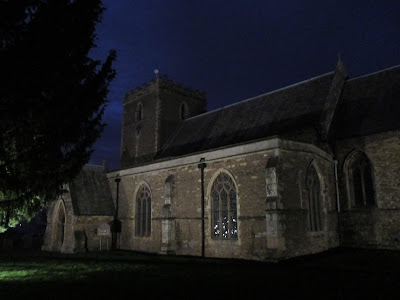 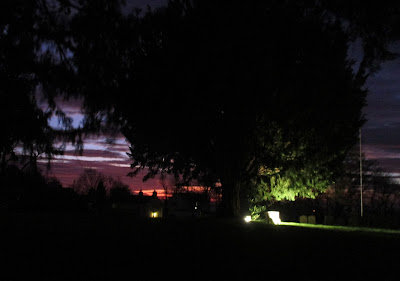 A touch of red still showing in the distance, the church floodlights are on. 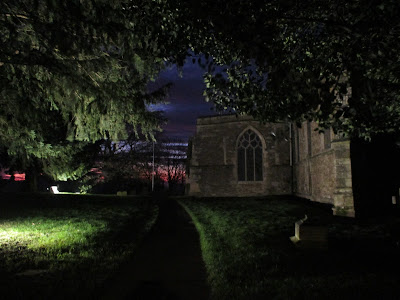 No matter how many times I see a sunset or sunrise, I still marvel at the beauty of it. You can click on a pic for a bigger slide show.
I'm still going out for a walk, even though I have finished the challenge. I start again afresh at zero on the 1st of January. Toodle pip.  ilona
Posted by Meanqueen at 19:42

Email ThisBlogThis!Share to TwitterShare to FacebookShare to Pinterest
Labels: nature