When I took my two assemblages, one silver, one gold, to the Scrapstore recently, one of the ladies there, went to a cupboard and brought out two she had made. They were a lot bigger than mine, and the bits and bobs were assembled on a canvas, rather than inside a box like I have done.
I was blown away by the beauty of her work. Everything was in shades of orange and brown with tinges of gold and yellow, with a metallic finish. I noticed that she had grouped certain items together, rather than scattering them randomly throughout. The strings of beads were positioned to create areas which could be filled with buttons, single beads, wheels, and bits of jewellery. It looked like a lot of thought had been put into the layout and construction. It must have taken her ages to do them. 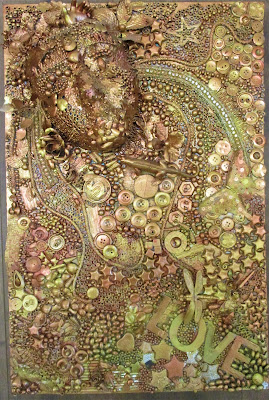 A closer look. There are some great ideas here. 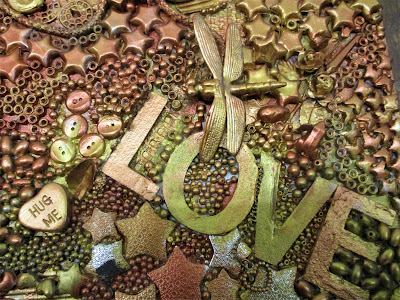 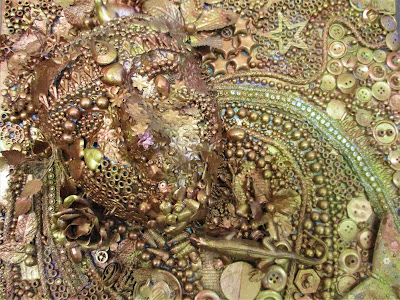 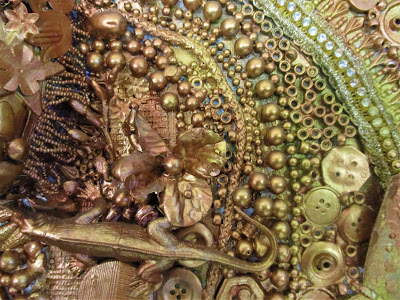 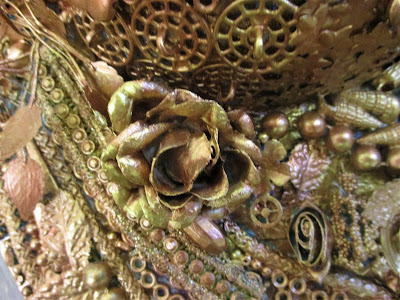 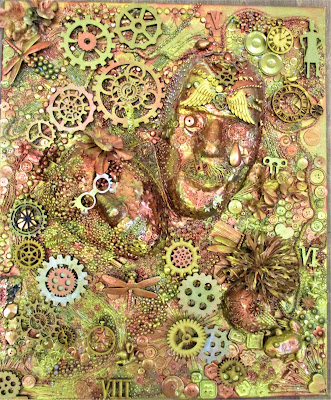 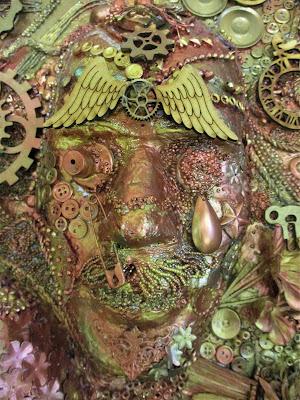 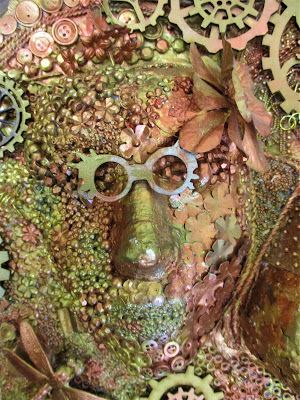 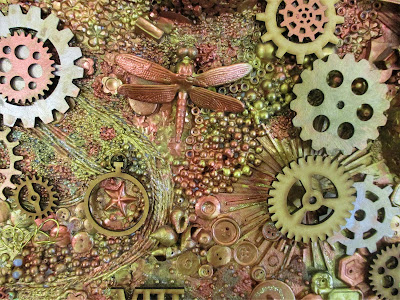 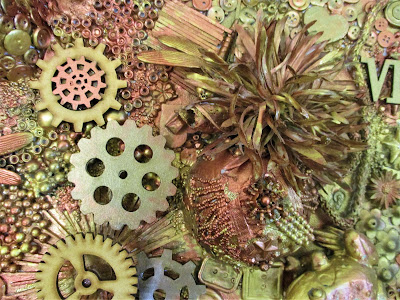 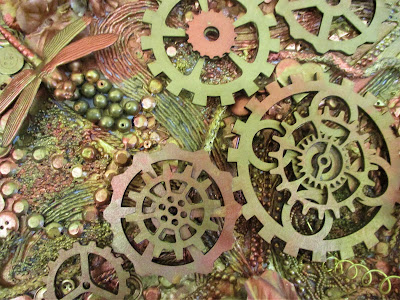 On the wall at the Scrapstore is this very large assemblage. The pictures are not that good due to the reflections on the glass. I don't know who made this. It's in a box frame and hasn't been painted over. Another way of making art with rubbish. 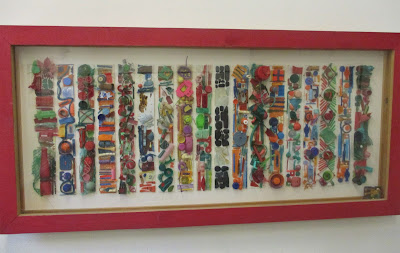 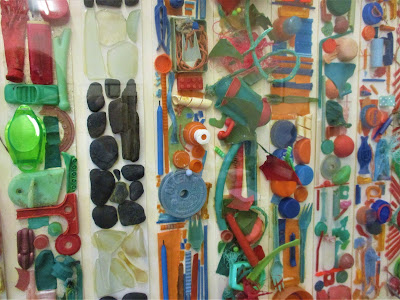 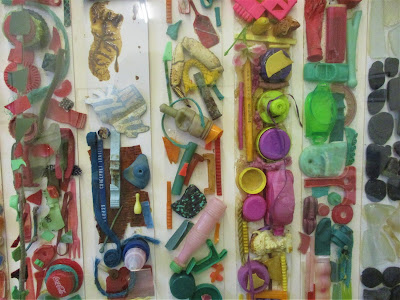 Plenty of ideas to be thinking about. Thanks for popping in.  Toodle pip.. ilona
Posted by Meanqueen at 10:24