The walk yesterday started at Blyth, not far from the A1M, in Nottinghamshire. I found easy parking on the wide main street, opposite the Village Green. As I normally do, if there is a church, that is where I look first. I like to walk around the whole perimeter of the churchyard to find the best angle for photographs. This church has only three sides, there is a wall on the other side separating it from private land.
With some shots being discarded I finished up with these three acceptable pictures. The saying is, less is more, but I don't like to throw out anything which might be useful.
The dilemma is, which are worthy of blog use, or should I prune further. Oh sod it, I'll put all three on. I personally like the first one best. I look for some low hanging tree branches to frame the main focus of the picture. It's a pity there isn't a bit more blue in the sky. I suppose I could have waited until some of the clouds have drifted away. 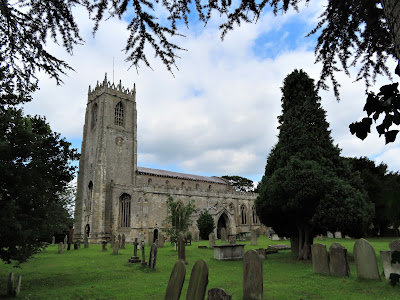 It's a shame that the clock has been removed from the tower. 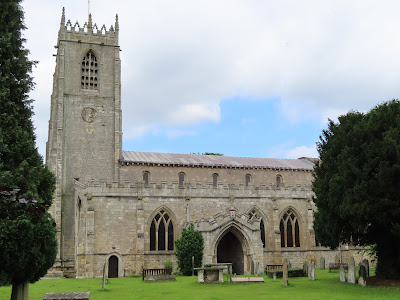 Part of the church has been sacrificed to get the tree branches in shot, and to get a better view of the entrance. The bench adds a bit of detail. 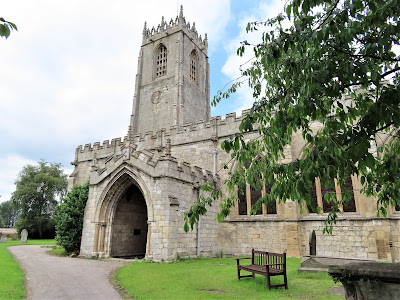 The same dilemma with this house next to the church. It has been divided into four cottages. The main focus are the flowers in the garden, which look splendid from this angle. 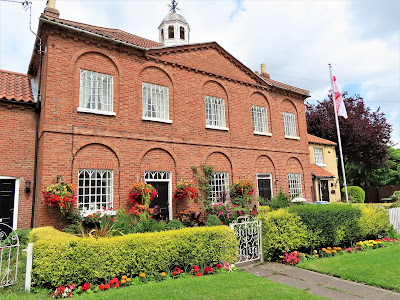 From the other side the picket fence is a nice touch, but the wheelie bins spoil it. I have chopped off the attached house on the right as it does not match the other three. The flag is playing ball, I must have caught the breeze at the right time. 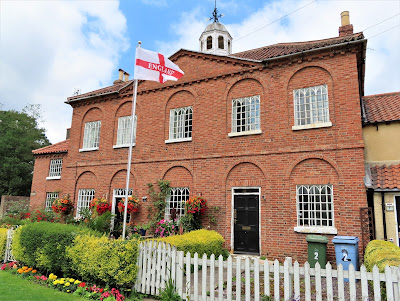 On this web site it shows an old picture of these two buildings together. The cottages used to be the Rectory.

It's going to be hot the next few days, maybe not good for walking longer distances, so I'll potter around the house, topping up my miles around the village. More pictures of the Blyth walk tomorrow. Thanks for popping in. Toodle pip.   ilona