Hello. Question, where can you get free furniture? Answer, from a skip. I found these two bedside cabinets the other day, not a mark on them. The house had been empty for a long time, it has recently been bought and a skip appeared on the driveway. It's on my walk, I pass it every day, and when I saw these I was so excited.
There was no one around so I asked my friend up the road if he knew who had bought it. Yep, go down the next street and knock on a red door, so I did. Permission was granted to remove said furniture. I immediately went home to get my car, as it was in danger of raining.
They are smashing. My first thought was to find a home for them because they won't fit in my bedroom, then I had a look around and thought they would look nice in my living room. 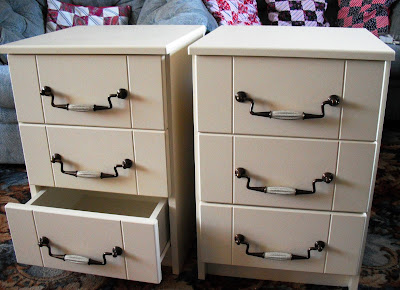 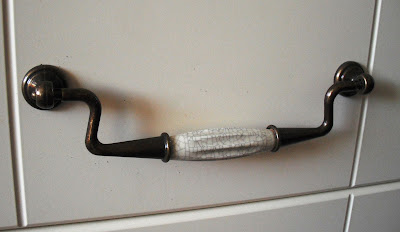 This is a bit of a messy spot, the brown stereo unit next to the chair is about forty years old, it was cheap and chipboardy, and is too big for the space. I think it's time to get rid of it. I have to keep the tall cupboard behind the chair because it has a false back in it, it was made to cover up the electric meter behind it. Stupid place to put a meter. 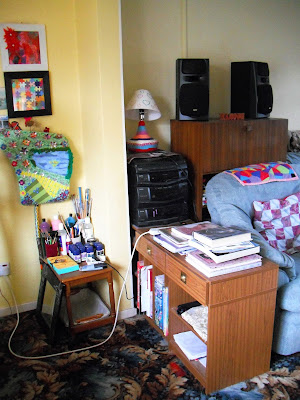 Hey, look at the difference, a lot better. I moved the coffee table next to the chair and the cabinets fit perfectly either side of the alcove wall. This room used to be two smaller rooms, the previous owner knocked them through. I'm chuffed to bits with this. 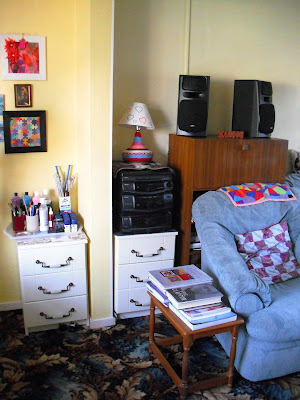 The moral of this story is keep your eyes peeled for any skips which appear on people's driveways, they might be throwing something useful out. Always ask permission to remove items you want. They will always say yes. I love free stuff.
My dinner yesterday was very simple, tagliatelle and frozen vegetables drizzled with toasted sesame seed oil. Only takes a few minutes to simmer in one pan. My lunch today was a bit of a mishmash, iceberg lettuce, potato salad, Danish Blue cheese, and tagliatelle, with a splodge of tartar sauce. 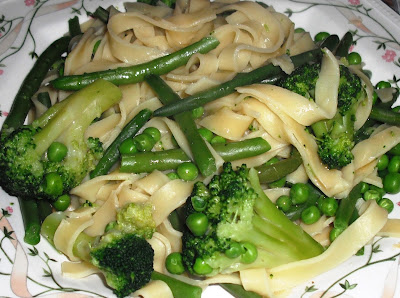 I was up late this morning so I am a bit behind. I'll get off now and catch up. Thanks for popping in, we'll catch up soon.
Toodle pip
Posted by Meanqueen at 14:40