The heat is on

Hello. Boy oh boy has it been hot again today. I have not been able to do as much in the garden as I would have liked, I felt like I was roasting within about ten minutes of being out there. The morning is best for working on the Summer House, up until midday when the sun is behind the trees, but it was Crafty Club this morning so I was sat in the Village Hall, which wasn't too bad. I re did the stitching on the felty picture and it looks much better. This afternoon I went to the vet to pick up Heidi's tablets, thank goodness for air con in the car.
I am eating yellow sticker mushrooms till they come out of my ear 'oles. That's four days of salad, mushrooms and a scrambled egg. Good job I like them. Potato salad, iceberg lettuce, rocket, cucumber, and tomato. Same every day, same again tomorrow. Dinner tonight was steamed vegetables, carrots, potatoes, cauliflower, and mushy peas. 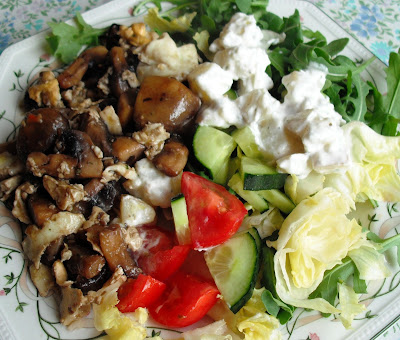 Erm excuse me Heidi, I would like to use the toilet. It's a good job I have another one downstairs. I don't like to disturb her. It's a wonder she doesn't fall off. 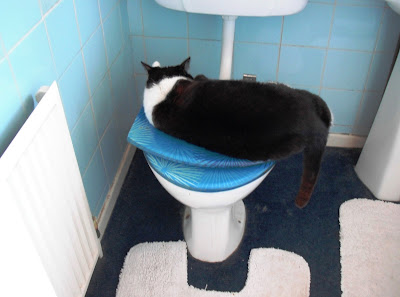 I did manage to get outside tonight, still hot but the sun had gone down behind the houses. I re potted some plants which had grown too big. I've moved the two spare doors round the corner between the garage and fence and covered them in tarpaulin, may find a use for them at some point later. For now I need to make the place look tidy. The beach view is slowly being painted over. I'm just picking random colours and slapping it on, no particular pattern to it. It's like an upside down rainbow. 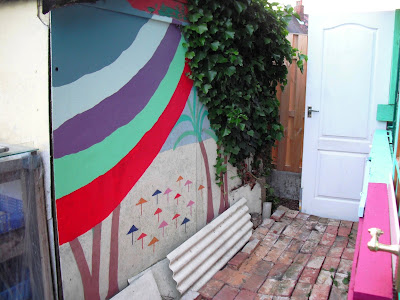 I think it's going to be hot again tomorrow, I have the morning free so I will be able to get a bit more done before it gets unbearable. Four more days and everything has to be ready for the opening. I won't put my art inside until the Sunday morning before people arrive.

The kids are in so I'm off to bed. Thanks for popping in, we'll catch up soon.
Toodle pip