Hello. It's a good job I haven't had any children, my emotions are all over the place with a poorly cat, imagine what I would be like looking after a human. Bugsy is my baby, I've had him for almost 20 years, there will come a time when he won't be here any more and I have to get used to that.

He hasn't eaten very much for about a week, in fact Janet has had more luck in getting him to eat, than I have. I have offered him all kinds of tasty pussy cat food, fishy and meaty, with gravy and jelly, as well as an assortment of tinned fish, and sliced meat. He has turned his nose up at everything.  Janet texted me while I was away saying he had eaten.

Last night he looked as if he was fading away, and I wondered if he would still be breathing in the morning. I had almost rung the vet a couple of times yesterday but then thought, give it another hour or two, see what happens. So at 11.30pm I went to bed and he was fast asleep on his heated bed.

This morning I crept down in the dark and used a torch to check on him. A sigh of relief, he was still breathing. I let him sleep on and had my coffee in the kitchen. No food had been touched overnight, but in his litter box was a poo. Amazing, he is still able to do a poo, even if he hasn't eaten very much.

The vet suggested we could do blood tests, it might give us some more information of what might be wrong. I had decided because of his age that I didn't want to put him under any stress, so I said no.

This afternoon I moved all the bowls of food away, and brought some fresh Felix in, mashed up in a bowl. He looked interested and went straight to it, and started eating. Amazing, he almost finished it. He seemed to perk up a bit after that, so I rang the vet and said I would go for the blood tests and made an appointment for Thursday morning.

So from thinking he was at deaths door and wouldn't last much longer, I now think he might have a chance. He did eat a little bit more later on, and I am hoping he will have a little bit over night. I am now hopeful that he will still be breathing in the morning.

My goodness anyone who has been on the verge of losing a pet will understand what I am talking about. The questions that go through your head. Is it time? How will I know when it's time? Should I call the vet now or wait a bit? Are they suffering and in pain? Will it be tomorrow or a few more days? You cry, then you stop crying. You talk to them then you cry some more. You watch them, are they still breathing? You think about them lying still and lifeless when they have gone.

I had all this with Rocky and Lilly and Freddie, it doesn't get any easier. Pets are family members, your heart is broken when you lose them. 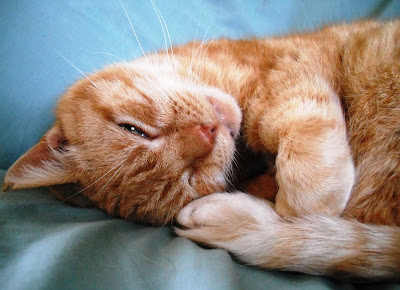 Thanks for popping in, we'll catch up soon.
Toodle pip.
Posted by Meanqueen at 21:47