Hello. Here is an update on my flower beds. As you can see this one is full and lush with shades of greenery flopping over the sides. This is where I chucked lots of seeds, it's the nearest one to the summer house so I was hoping for a good display. Well it's full alright but where are the flowers? The £1 packet of wild flower seeds have turned into wild flower weeds, ha ha. 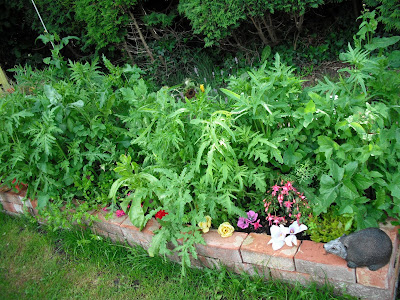 I think there may be a flower or two opening eventually here. 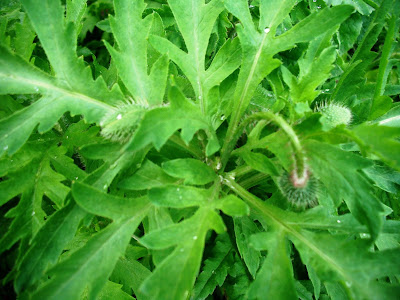 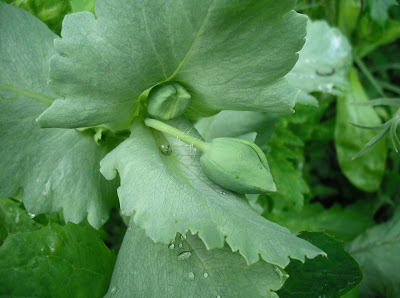 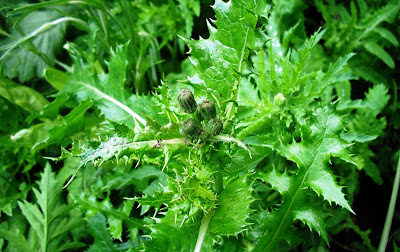 Gawd know what this is, the biggest weed, usually seen along the edge of a field in the hedge bottom. Charming I think not. With some thinning out, the most obvious weeds ruthlessly dragged from their neighbours so the rest of them might have a better chance of producing flowers. 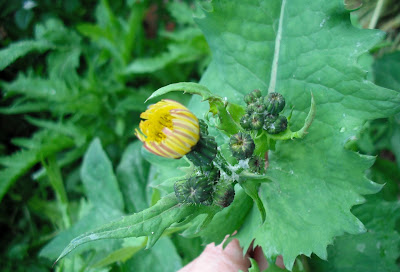 In other beds the £2 fuchsias from Aldi are doing well, the slugs are leaving them alone. 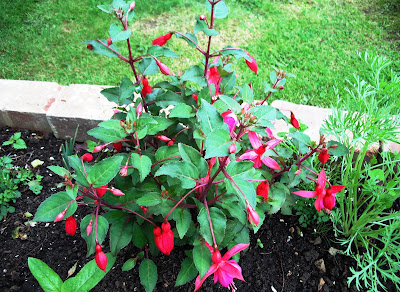 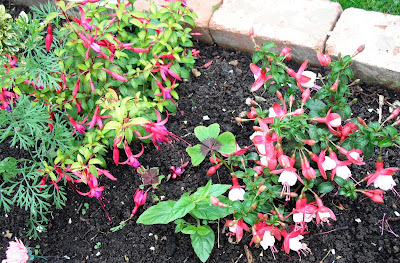 The five plastic storage boxes have again sprouted the greenery from the £1 packet I bought last year. Little pink flowers will be showing soon, whooopeeee. 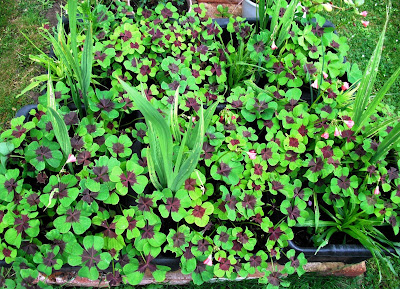 On the subject of gardening I have a confession to make. Thinking about the hours I have to spend in the garden during the summer to keep things tidy, I have spent £20 on an electric hedge trimmer. As you know I do like being outside in the garden, pottering is my hobby, but the laborious task of keeping the hedges looking respectable can be a bit draining. So I have succumbed and bought a gadget to make the job quicker and easier. It's a cheapo Aldi trimmer, so let's see how long it lasts. I had a practice with it yesterday and whizzed through the bum fluff sprouting from the Leylandi hedge in no time at all. Yes it might cost a bit in electricity, and it's blooming noisy, but I can see it's going to be a great workout for the shoulder and upper arm muscles. I haven't bothered to pick up the trimmings, the lawn mower will do that next time I mow the grass.

A mixed bag today. I've got three arty crafty projects on the go so I keep dipping into them, bit by bit they will get finished. I've another one in my head, been sorting out some fabric for that. Library van day so I'll go and say hello to Stan and get some books changed. 3 miles to do. Kids to feed, poo picking, plants to water if it doesn't rain, might trim up another hedge if I have five minutes to spare.

Thanks for popping in, we'll catch up soon.
Toodle pip
Posted by Meanqueen at 10:52