I saw an angel

Hello. I'm not too keen on walking through a city centre at night, especially if the route takes me past pubs and clubs. Hull was absolutely heaving last night, there was an event on at Queens Gardens, right next to the Radio Humberside building. I couldn't get parked anywhere near so had to leave my car 15 minutes walk away. Also large parts of the central area is being dug up and new surfaces laid in preparation for the City of Culture celebrations which take place next year. It's one big mess with barriers and big holes everywhere. Avoid if you are thinking of going shopping there, it's a navigational nightmare.

I arrived with 15 minutes to spare, and after banging on the door and gesticulating to people drinking wine inside, they let me in. I was led upstairs through the empty offices, looking for Tom the technician who was setting this up for me. He appeared and took me to the studio that we were going to use for the link up. I sat on a high stool and facing me were three monitors all showing my face looking back at me. In the centre was the camera lens and Tom said I should look into that, not at the screens. I was fitted with an ear piece and a mike, very soon I could hear what was going on in the studio in Australia, although I couldn't see them. A few sound checks were made and we were ready.

Here is a link to the interview I did last night, which went out this morning on Sunrise TV.  I'm not sure if everyone in the world can get it, or how long it will be available for.

Walking back to the car the roads around Queens Gardens were quieter as all the people were let into the show area. As I passed a side street I could see what was happening. Zip wires crisscrossed the area, suspended from the roof tops of the tall buildings. Angels were flying through the air depositing lots of white feathers on the crowds below. I tried to take a photo but they didn't turn out very well, so here is a video from a previous performance, found on yoootooob.

For more pictures and video go to Hull2017Angels  It was a spectacular performance. Glad I was there.

This morning I had a look at the car boot sale, and picked up a few bits and bobs. Four wooden table mats, not for use on the table, I might be able to make something with them. Matchsticks, body scrubs, and three puzzles in a box, all for crafting purposes. Also, not on the photo, a lampshade for the table lamp I am covering with crochet. the original one is too big, I found one for 50p. 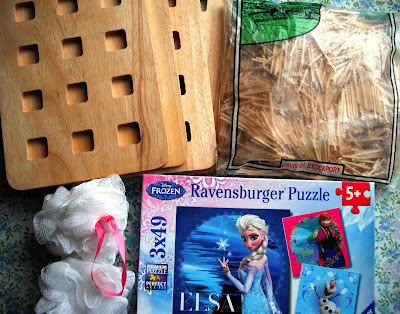 I called in the Cash and Carry while I was passing on the way home. A 2kg bag of musli was 60p, worth a try, I thought. 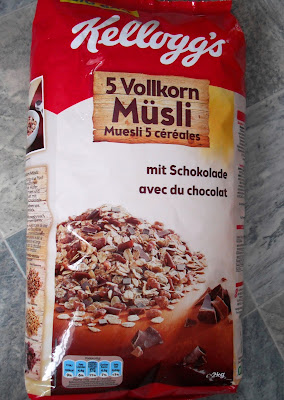 I also found Aldi Bran Flakes, two boxes for £1. These are normally 88p each. I bought seven boxes, so £2.66 saved. They are two months past their sell by date, but I don't care. 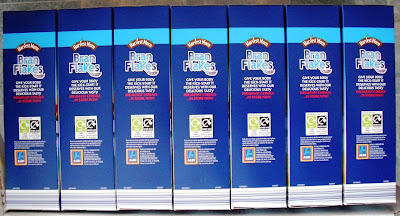