Hello. Not quite as many miles today, 16 from Burnley to Haworth. The terrain at times was pretty taxing, when off the road and on the moors it was quite boggy, with hidden rocks protruding, loose scree, and deep ruts full of water. It was not a day to make good progress. I am happy with the mileage though.
After a hearty breakfast I left the hotel at 9.00am, and headed out on the A62, then on to a monor road, passing the hospital, and carrying straight on up Halifax Road. It was a long and arduous climb to start the day. 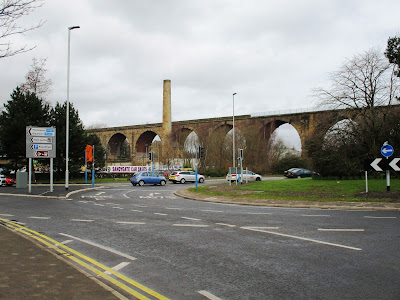 I have no idea what this building is, but I think it's beautiful. 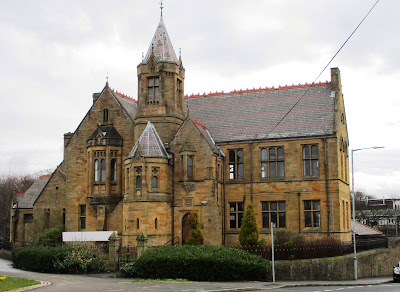 As I got out into the countryside,I looked over yonder, this is where I am heading for. I went through Haggart, and Lane Bottom, and past the horse riding school. 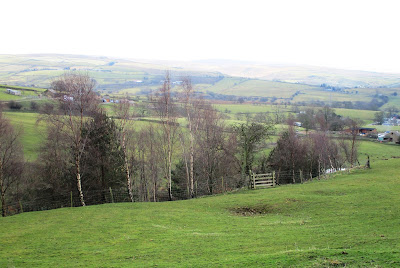 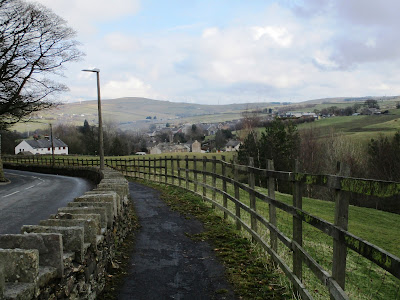 I thought this was a good idea. This bin looks like it has been out on the front for a long time. Like a permanent stop speeding sign. 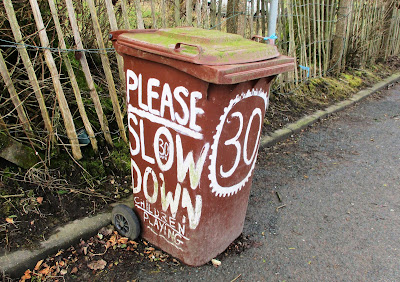 Time to get off the road and go across the moors. I am choosing a wellused bridleway so I don't get lost. The Pendle Way and the Bronte Way are part of the Pennine Bridleway. 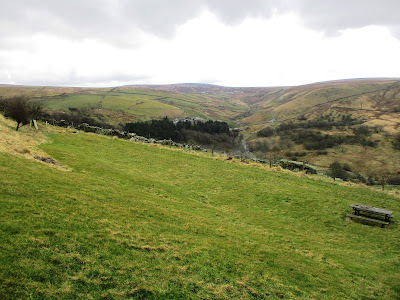 Must do a selfie. The weather is holding out, it's a perfect day for walking. Very little wind, some cloud but no rain. 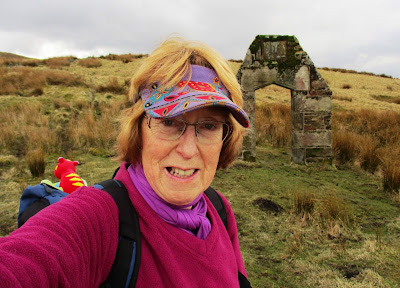 Suddenly hoards of people were coming towards me, they seemed in a bit of a hurry. No one spoke, heads down looking where they were putting there feet, they were surely on a mission. Fell running is a popular sport, personally I don't see the attraction. You get filthy, sweaty, don't see anything of the scenery, and some of them looked like they were in agony. I would rather walk a hundred miles than run ten miles through rough terrain. 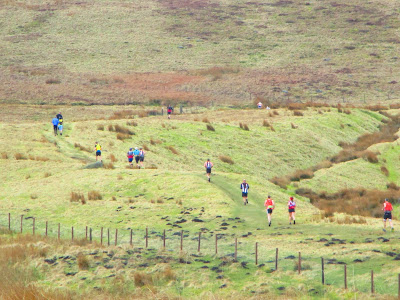 I took ten minutes to sit by this bridge watching and listening to the water tumbling over the rocks. Very relaxing. By this time I was completely alone. 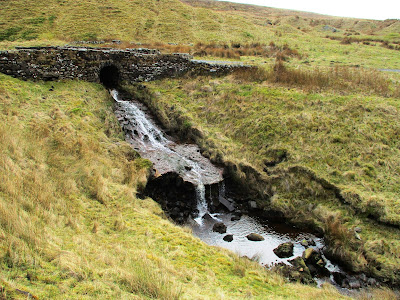 Back on the road again, and a pile of household rubbish that has been dumped on the grass verge. Over the last three days I have noticed that there are increasing anount of litter about, such a shame. I would like to see all fast food takeaways closed down. 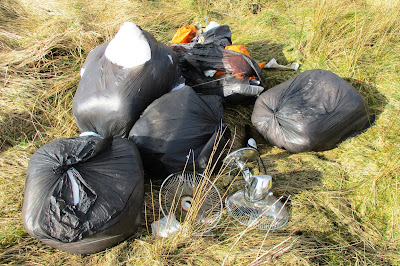 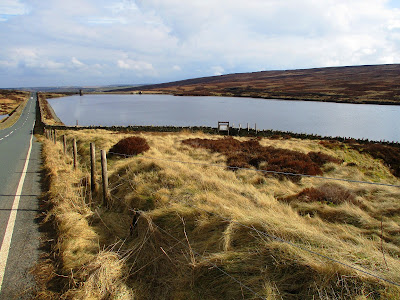 I took a break sitting on a wall and snapped this picture of Ponden Reservoir. That's the direction I am heading. 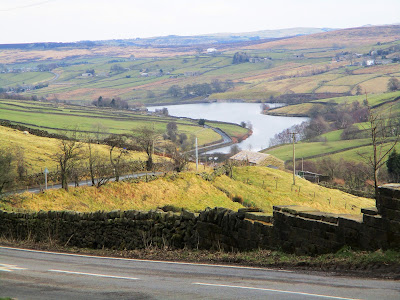 At last I was in Haworth. I was surprised to see hoards of people crowded into the main street and wondered what was going on. They were waiting for Paul Hudson and colleagues from Look North, a BBC local television news programme. There were due to push a sofa through and were collecting money for Comic Relief. I didn't hang around as my feet are sore, and my legs ache, so best to keep going till the end. I picked up some food from The Spar shop. 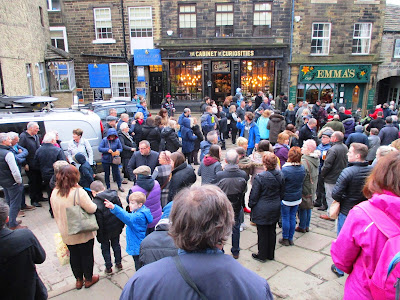 Tomorrow I'm on my way to Leeds. I'll see you there. Thanks for popping in, we'll catch up soon.
Toodle pip.
Posted by Meanqueen at 21:24