Hello. Today is Mothers Day in my house. For me it is always on March the 4th, my mothers birthday. Today, in the year 2018, if she was still here, she would have been 100 years old.
My mother was born in Hamburg on the 4th of March 1918, and named Martha Elizabeth Helen, I don't have many photo's of her before she came to England, these I treasure. I never knew my German grandparents. They were just an ordinary working class family. 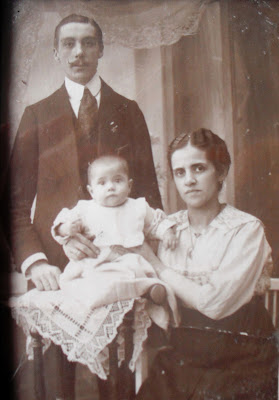 I'm not sure how old she was here, possibly early twenties. 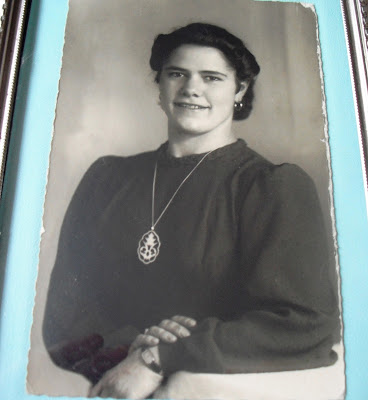 She was married, and divorced, by the time she met my English father. He was in the army stationed in Hamburg in the war. As a single mum in bombed out Hamburg she was left homeless. When I was little I remember her telling me stories of how it was, walking the streets with a little one in a pram. She told me how an English soldier (not my father), gave her some tinned food. She would not take it and threw it back at him. She was a feisty woman. Then she met my father, and came to England. This is the earliest photo I have of her after she arrived. 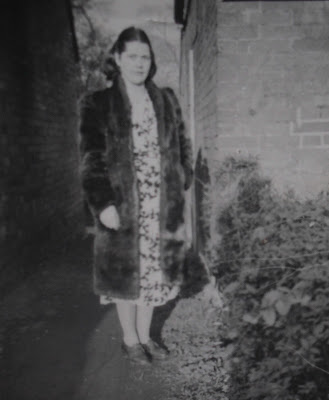 When I was 18 I left home and got a flat in Blackpool. Mother came to visit, and brought my younger sister. 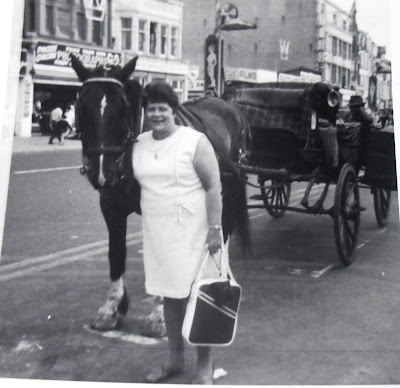 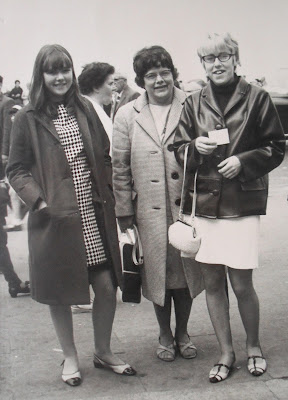 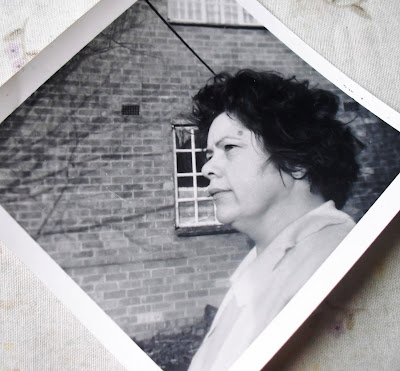 I came back home to live, got my HGV licence, borrowed a truck from my employer and decorated it with my friends for a street parade. The theme was, 18 Plus is out of this world. 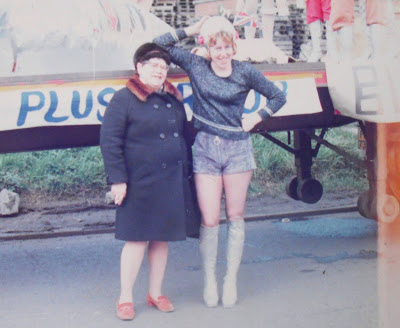 My mum loved making things and decorating them. She was good with home furnishings and dress making, always on the treadle sewing machine. She entered an Easter bonnet competition with her friend, she won. 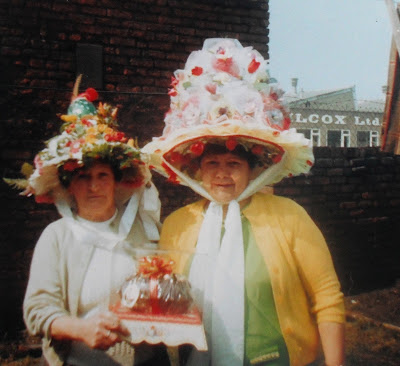 Mum was a very thoughtful person, always working out the best solutions to problems. Life had taught her how to survive. One broken marriage, homeless in the war, leaving her son behind with his father in Germany, coming to England when she did not speak a word of English and finding that she was not welcome in many places, a second failed marriage to a man who did not appreciate his resourceful and kind wife, and losing her fifth and last baby at birth. 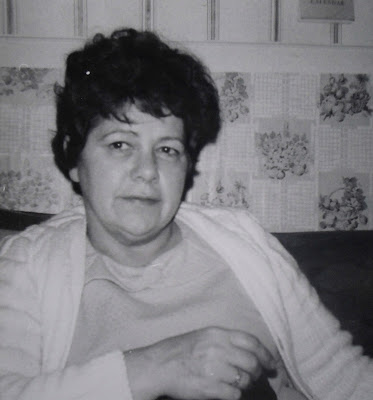 At 64 she had a heart attack, I was with her at the time. She survived that thanks to the quick response from the doctor and the speed of the ambulance and NHS. Six months later she had another heart attack, my brother was with her at the time, I was away for the weekend. Sadly she did not survive that one. Here she is in hospital after the first one, with her grandchildren. They adored their Little Fat Nanny. A joke in our house, when the other one was tall and skinny. Those little boys are now 41 and 43, and have children of their own. 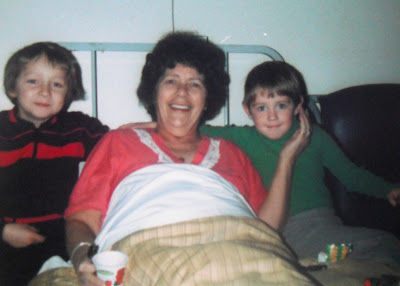 She was 64 when she died, far too soon. Always in my thoughts.

Today it's raining, so I will get on with some sewing. Thanks for popping in, have a nice Sunday, we'll catch up soon.
Toodle pip
Posted by Meanqueen at 09:28

Email ThisBlogThis!Share to TwitterShare to FacebookShare to Pinterest
Labels: family