Cheap lighting, snap it up now.

Now is the time to buy Christmas lights. The shops want to get rid of their excess stock because it's taking up valuable space. There are bargains to be had. Christmas lights aren't just for Christmas. I found a bargain yesterday. 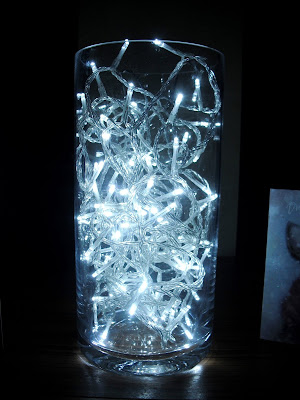 The sticker on the box said £4, as did the shelf label, original price £5. There was also another stack nearby which looked the same but was priced at £2. What's the difference? These had a clear cable, the cheaper ones had a green cable, but I wanted the clear cable.Oh well will have to pay more for what I want. Surprise surprise, when I went through the checkout it scanned at £2, great, I said nothing, a bonus for me. I find Wilko's prices generally more expensive than other shops, so it was nice to get a bargain. 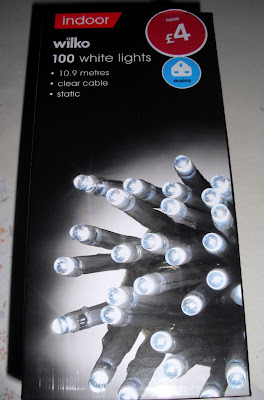 Picture taken with a flash. 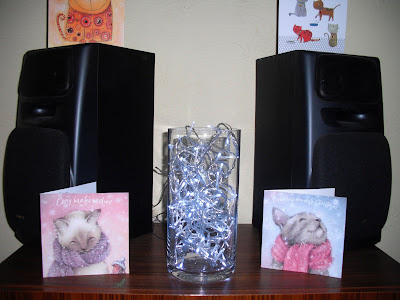 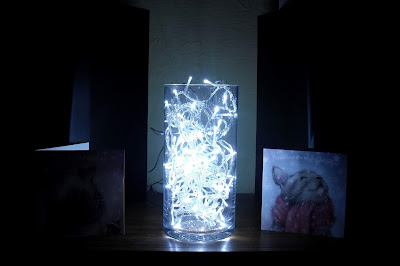 The clear glass £1 vase I bought from a car boot sale about six months ago, intending to cover it with fabric. A project that never got started. 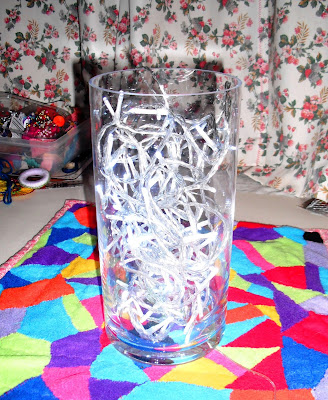 Now, where to put it. It looks very nice in a dark corner of the living room. It would also look nice in the bedroom, or the kitchen, anywhere really. 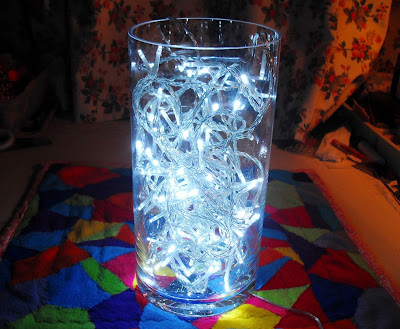 If you've got some of these led lights and a large glass vase or bowl, of any shape, round or straight and tall, give it a go, but it must be a large size. Don't squash the lights into a small space. The cable trailing out the back can't be seen. I like it.   ilona
Posted by Meanqueen at 09:14