Start as I mean to go on.

Woweeee. Wot a lot of comments on yesterdays post. I thank you all from the bottom of my big toe, all the way up to the top of my bit of hair sticking up from my uneven butchered fringe. Ha ha, I'll tell you about that later. Well last night it just had to be done, the supermarket sweep. I arrived at 8pm, hmmm, not much reduced in the chiller cabinet, went to the veg section, oh no, hardly any yellow stickers there. A load of mangetout peas marked down to 14p, oh well, looks like I will be eating those for the rest of the week. I wouldn't normally buy fresh produce that's been flown half way round the world, but I'm not going to turn my nose up at a bargain. A wave of disappointment came over me as I made my way to the bread department, maybe this was not going to be my lucky night.
I picked up one small brown loaf, could have had more, but I already have enough in my freezer. I happened to glance back at the end of the veg aisle and saw my favourite assistant. Worth an ask I thought. She saw me coming towards her, 'Want any sprouts and carrots, I'm bringing some loose ones out, they will need to be weighed up,' she said. 'Brilliant' I said, as I helped her to weigh and label them.
Then I nipped up to the cereals and got a box of bran flakes. They have gone up from 88p to 92p, lucky I had a 25p off voucher for those. I picked up a tub of plain yogurt on the way back to the veg for another look, still 45p, that's good.
Big grin, they have brought some more out. In the end I got a good selection. Potatoes, I finished the last few of mine out of the garden last week, mushrooms, pineapple pieces, salad leaves, bananas, and bean salad. Fanchuffintastic. 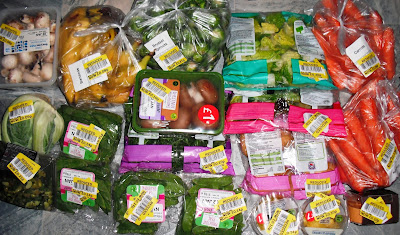 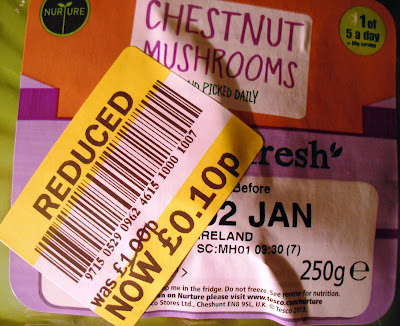 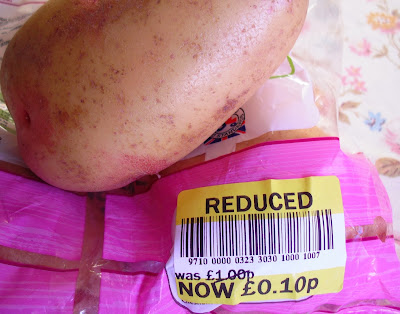 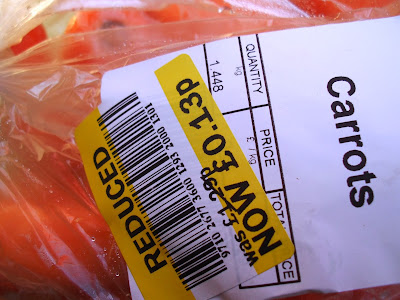 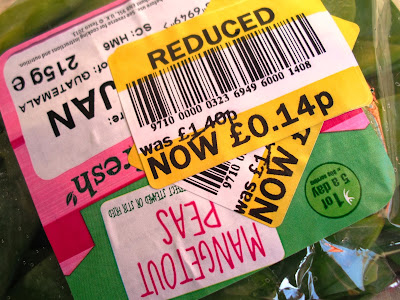 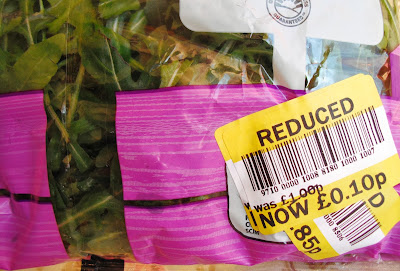 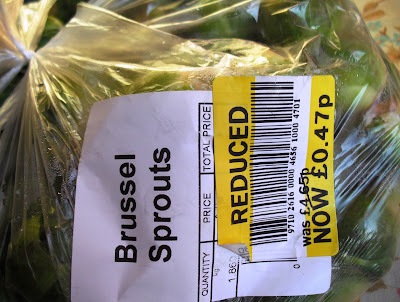 A good haul eh! The sprouts are priced at 47p, there is nearly 2kg of them, ha ha, I love sprouts. Checking the till receipt I have been charged 87p, an error at the till. Lucky I am passing there on Sunday, I will go and get a refund. Why not, they have overcharged me :o)
I zapped the two pots of pineapple, 20p, with the blender and added some plain yogurt to it. Very nice fruity yogurt at a fraction of the price of buying it ready flavoured. Even if you can't get reduced fruit you can do this with cheap tinned fruit. 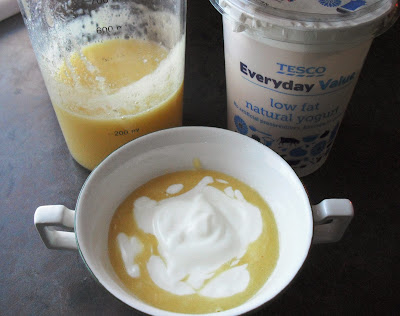 Today I have been to the hairdressers, my cut and colour cost £1. My hair was looking pretty ropey, I was hoping I wouldn't need to cut it until after the cold weather has gone. But it was all different shades of brown where the last colour has faded and grown out, so something had to be done with it. I attacked it with a pair of dressmaking scissors, hence the sticking up fringe, no, I jest, ha ha, it looks ok. 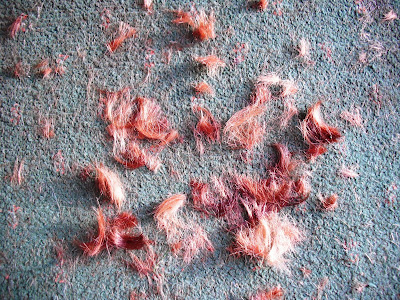 I thought I might get away with using only half of the £1 colour, I have done this before and it has worked fine. But after applying it and waiting twenty minutes, nothing was happening, so I mixed the second half and rubbed that into my bonce as well. Bingo, it hasn't gone as blonde as I thought it would, but it's a nice shade of rich tea biscuit with an all over even colour. If anyone has short hair you could get two applications out of one box. 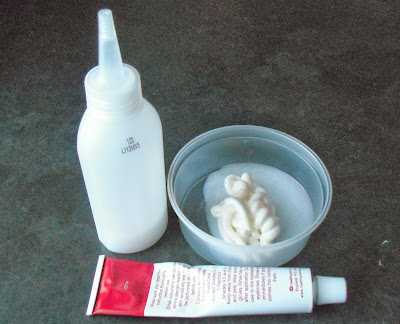 I had to laugh at Woman's Hour the other day. I don't usually listen to this, but I just caught a bit of it. A woman was demonstrating a recipe for a meal for one person. Throw this and that into the pan, cook over a low heat, etc. Then the presenter said it will look delicious on a plate. With that she answered, 'No, just eat it out of the saucepan'. YAY,  ha ha, common sense at last.  Here is my lunch for today, on a plate because I did a spud in the microwave, 10p for a packet of 4. The topping is some left overs from last night warmed in a pan, with a couple of mushrooms and some mangetout peas. The easy way to chop the peas into small pieces is with scissors. Very tasty. 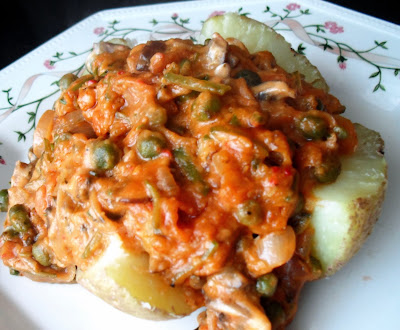 Well that's all for now. I've got a load of carrots and peas to make into soup for the freezer. The courgette and bean soup which I made from a glut from the garden is all gone now. It is very handy to have pots of frozen soup and stew, when you can't be bothered to cook.
Have a nice weekend. Toodle pip.
Posted by Meanqueen at 17:55