Evening all, you're lucky I'm here tonight. I had a brush with death today and could have been laid out in a morgue. I was only two feet away from being bashed on the bonce by a golf ball hurtling through the air at 50 miles an hour. I didn't hear anyone shout, the two men who were playing were a good distance away from me. They must have hit it with such force, I was shocked when it landed at my feet and bounced a few times before disappearing into the undergrowth. The footpath went through the golf course but I couldn't find the way out and had stopped to get my binoculars out of my backpack. Anyway, I live to tell the tale, now where was I, oh yes, I went a walk today, only ten miles, because I kept stopping to chat to people.
I parked at Thorne next to the canal. It's close to the M18 motorway and not too far away for a day walk. 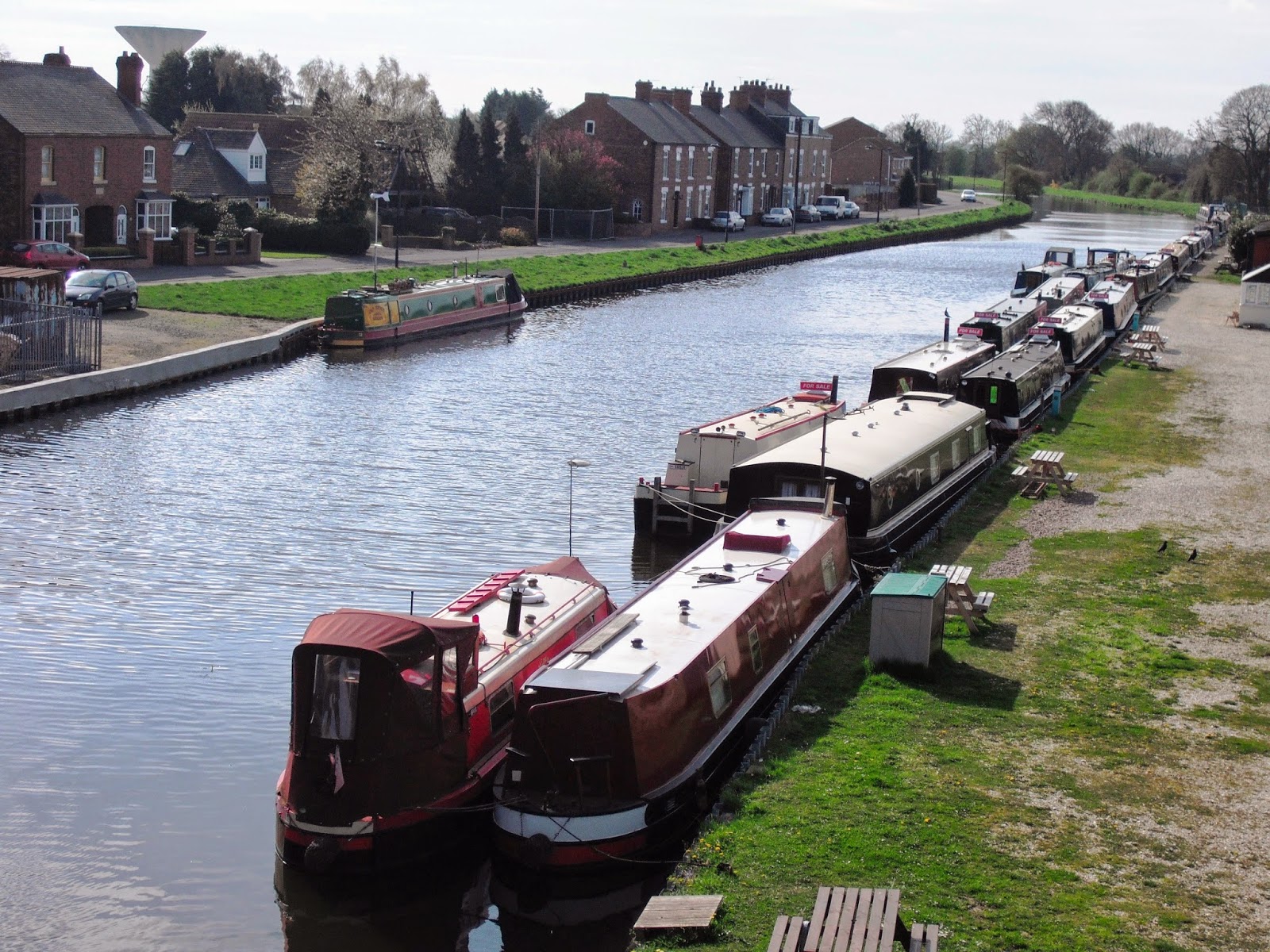 The main A614 road goes over the top of the canal, so I was able to walk along it and look down on the pub for a photo. 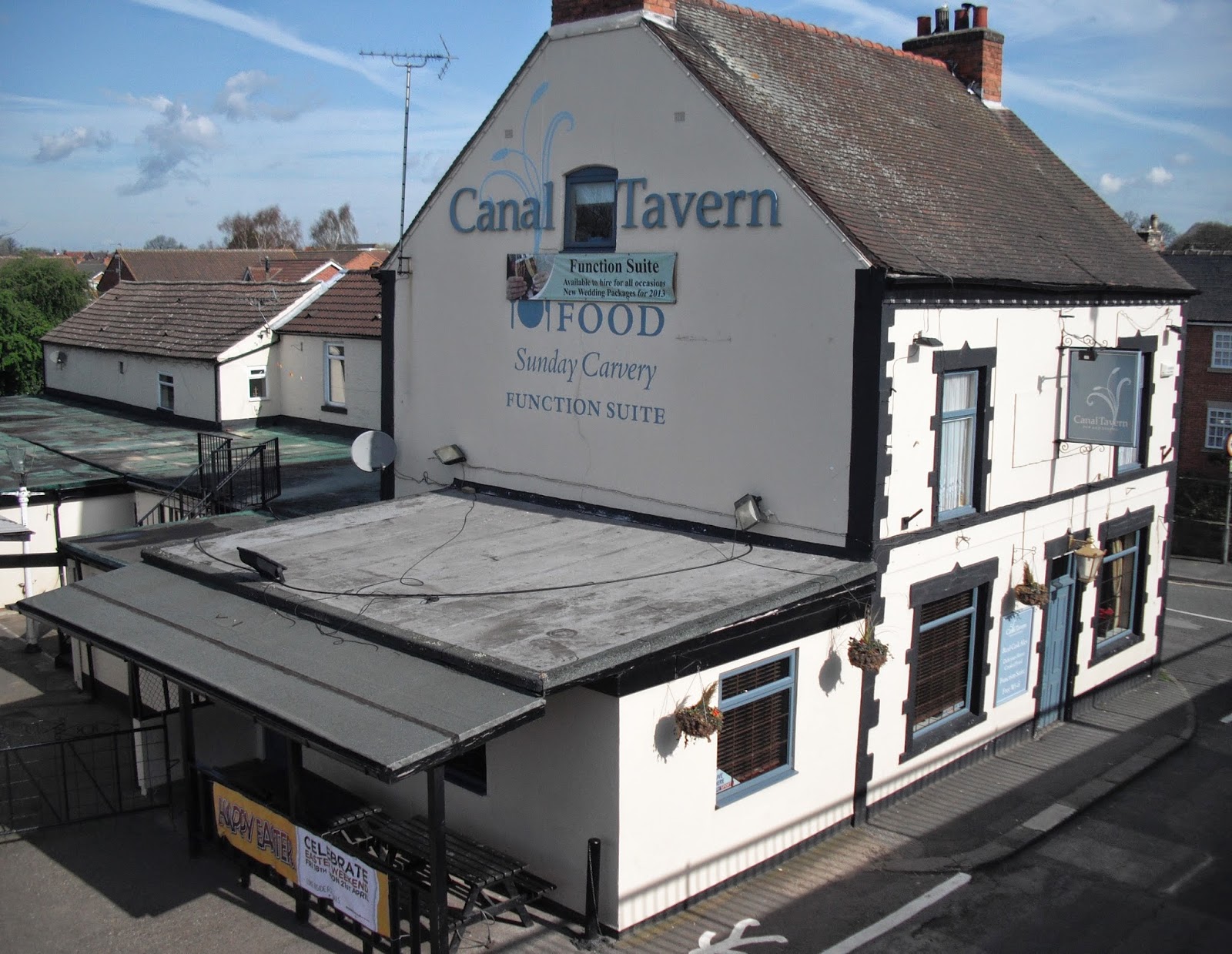 I had a little bimble round the town before I set off. Someone has found a new use for this Methodist Church. A timber yard and building materials supplier. The front still looks in pretty good shape, it's been fitted out with decking at the front door. 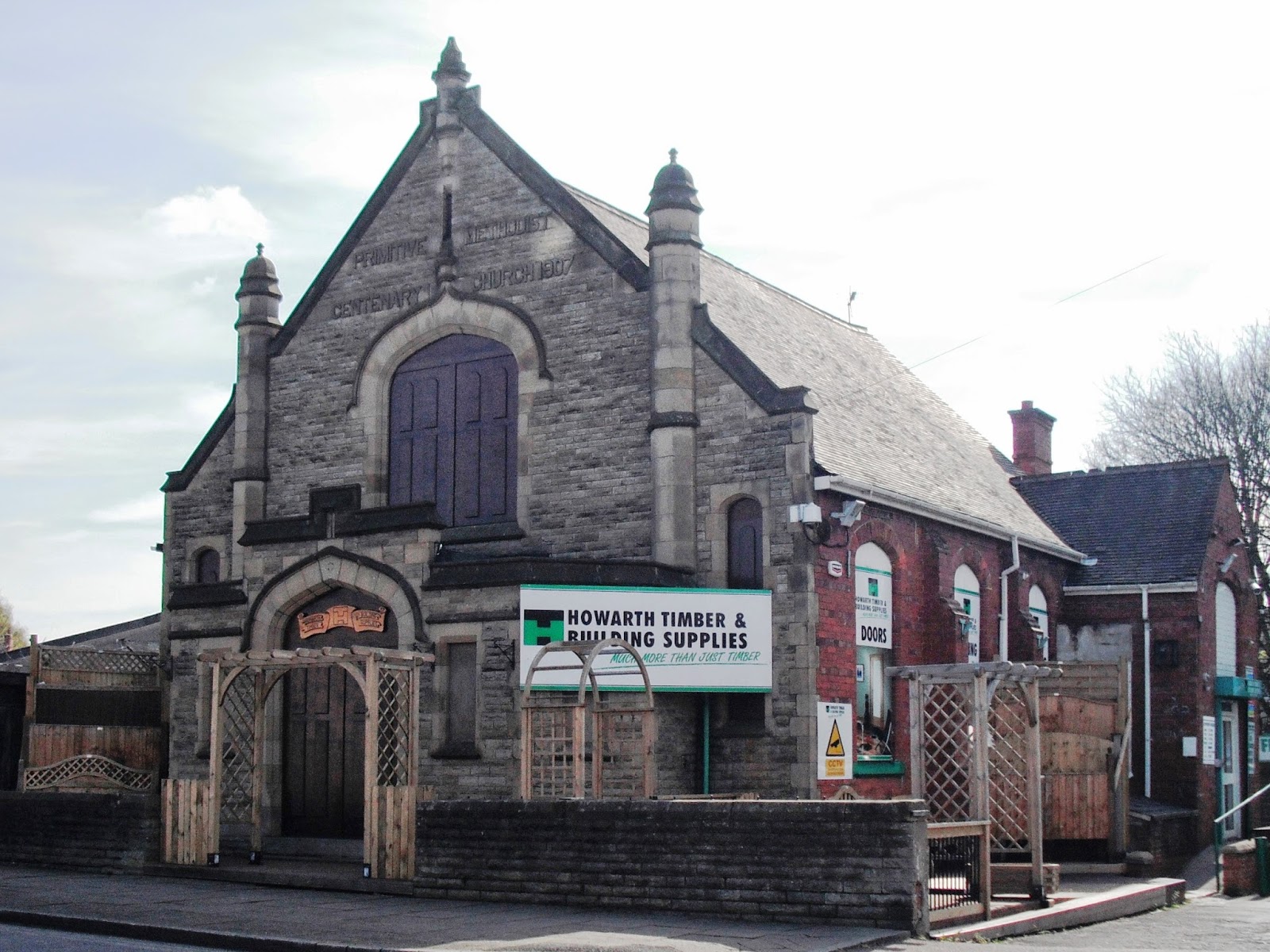 St Nicholas's Church was open so I had a look inside. 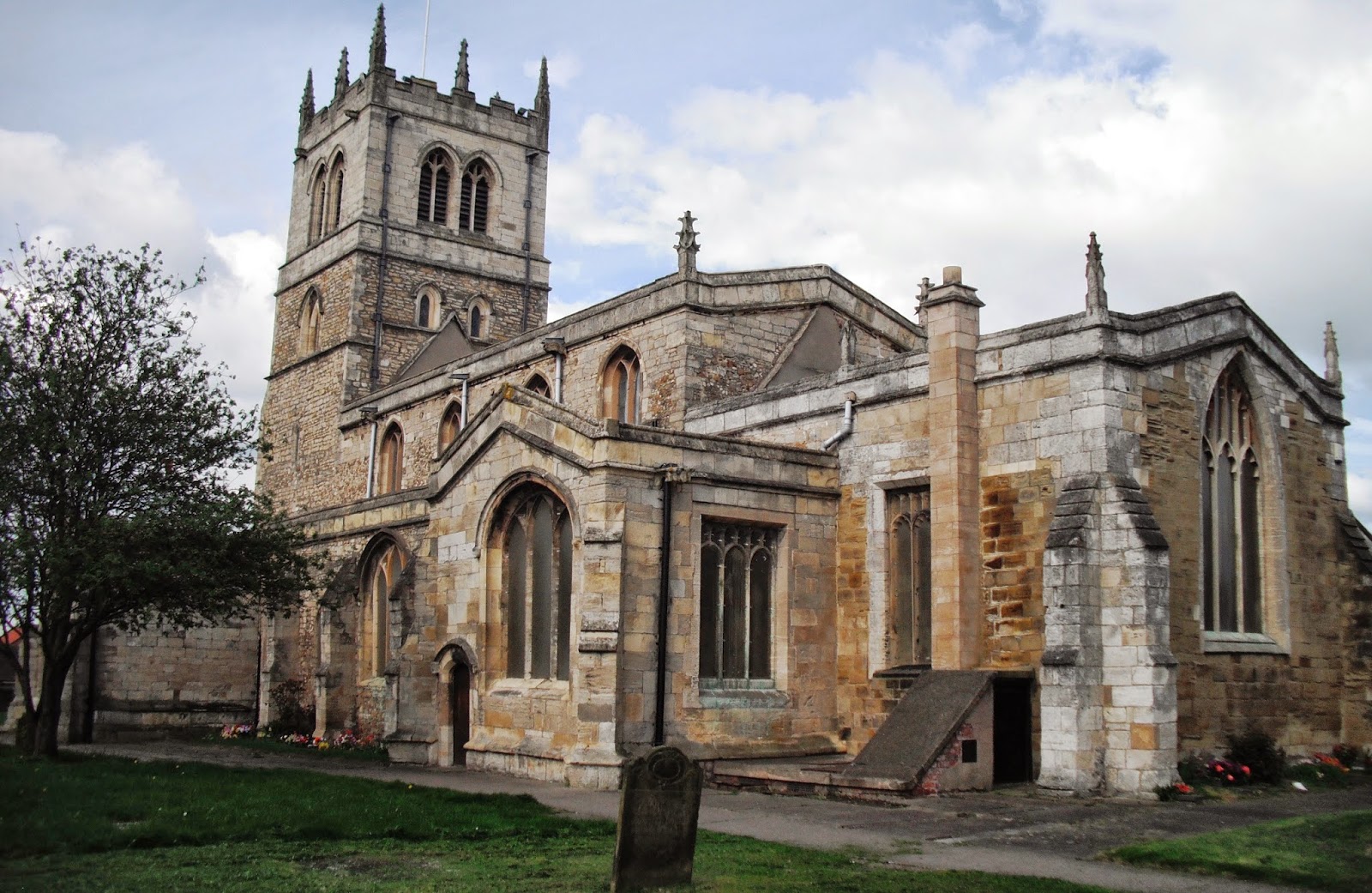 The sun shining through the windows lights them up beautifully. 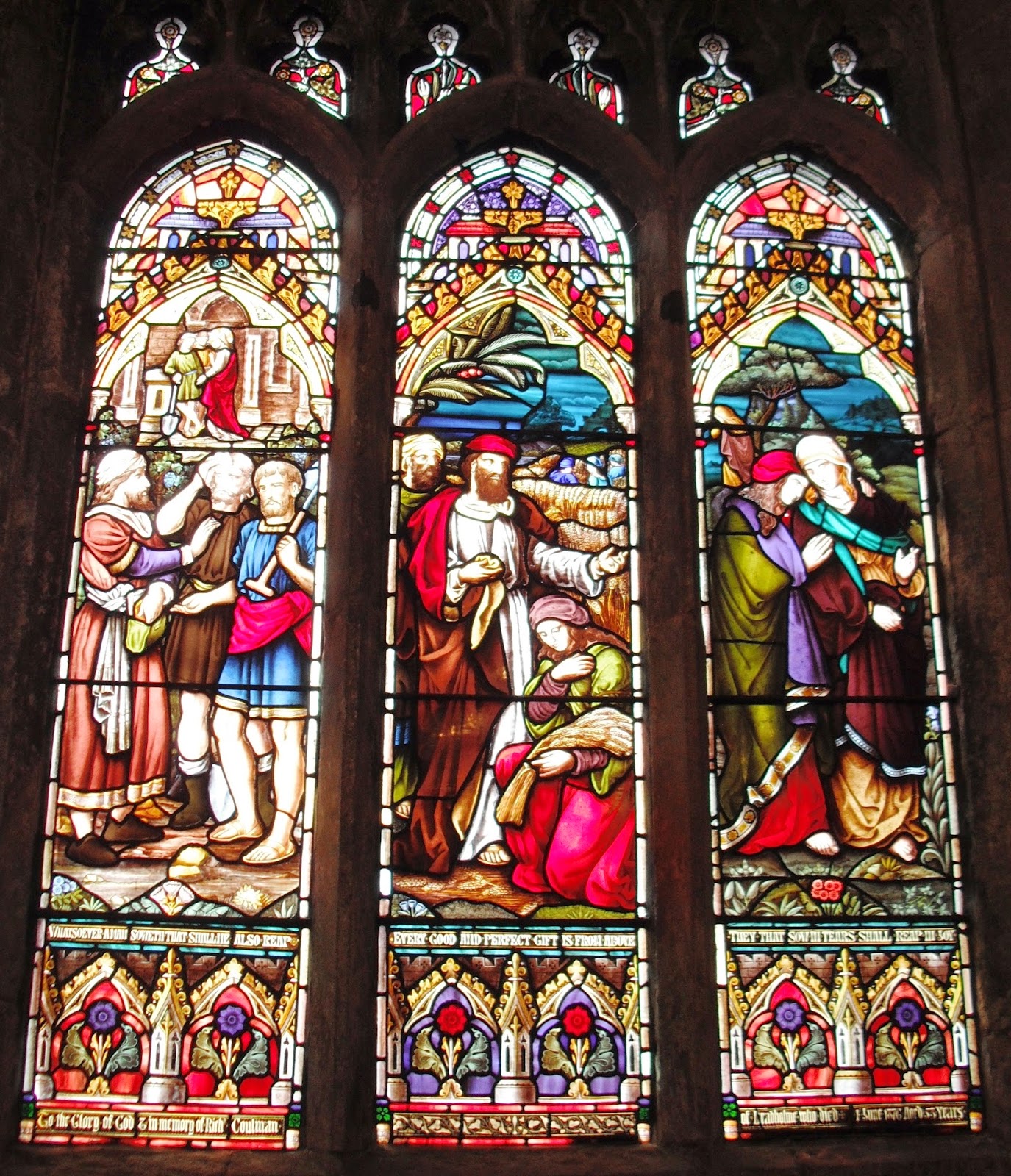 I like the way you have to step through a little door to have access to the pews. Almost like a private box at the theatre. 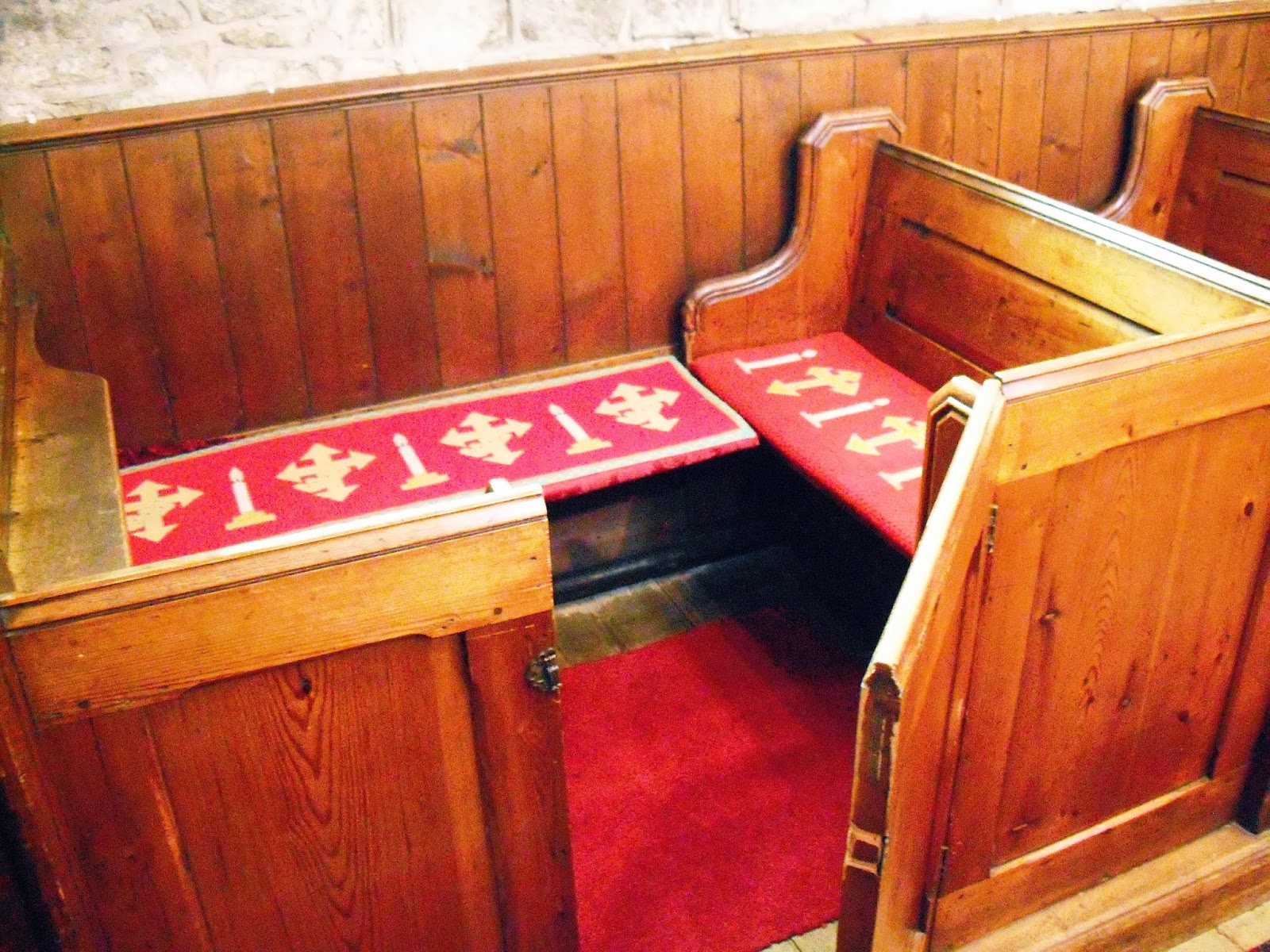 This very unusual building is close to the church, but I don't know what it is. An old school maybe. It's a shame that it's empty. 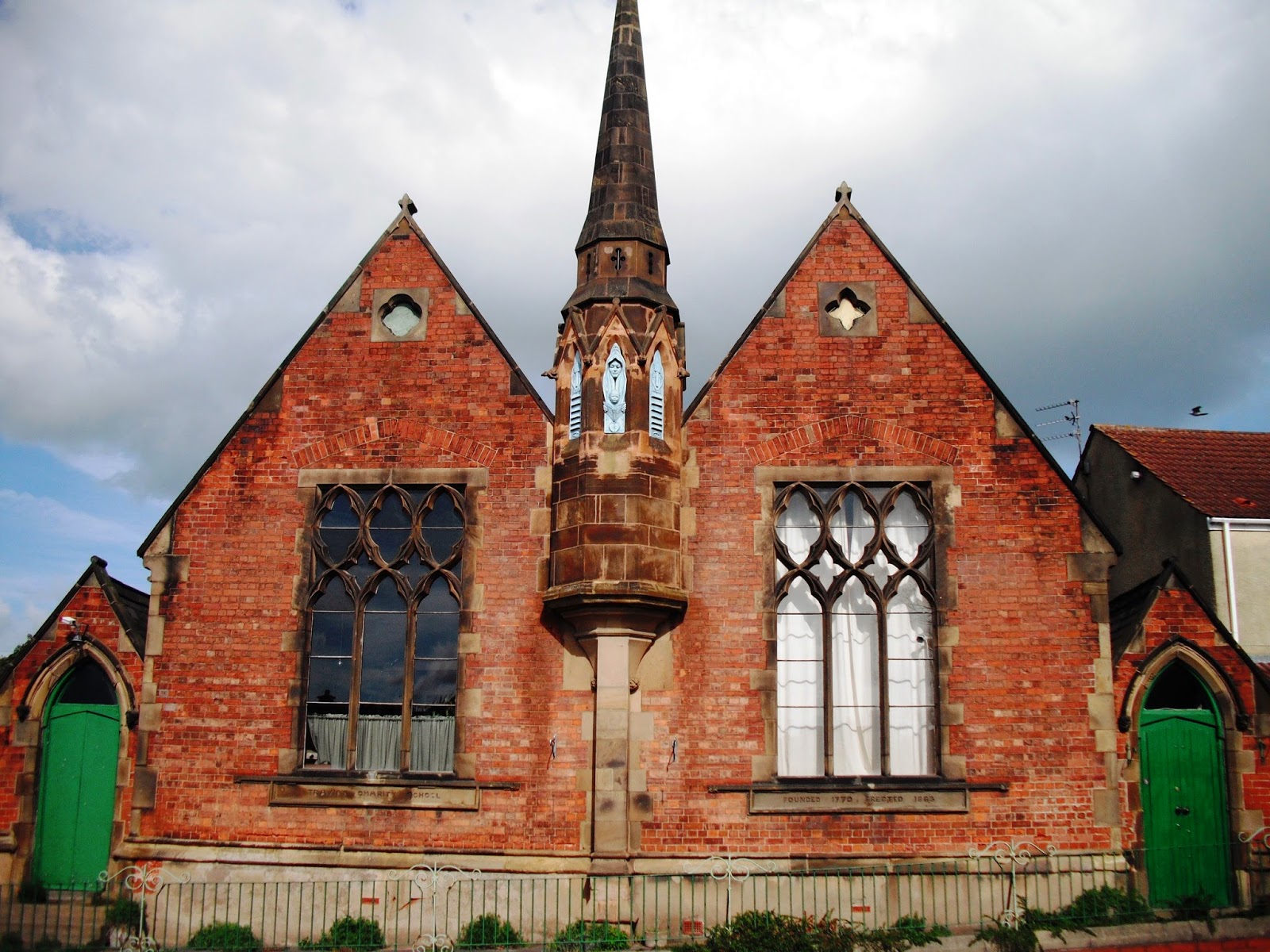 There is a pedestrianised shopping street with lots of small independent traders. This greengrocery and fruit shop caught my eye, such vibrant colours. The displays were immaculate, clean and tidy, not an orange or a potato out of place. The ladies inside were happy to let me take photo's. I ended up staying for a chat, we had a great laugh. Julie and Janet were good fun, and guess what, Julie walks long distances with her hubby. 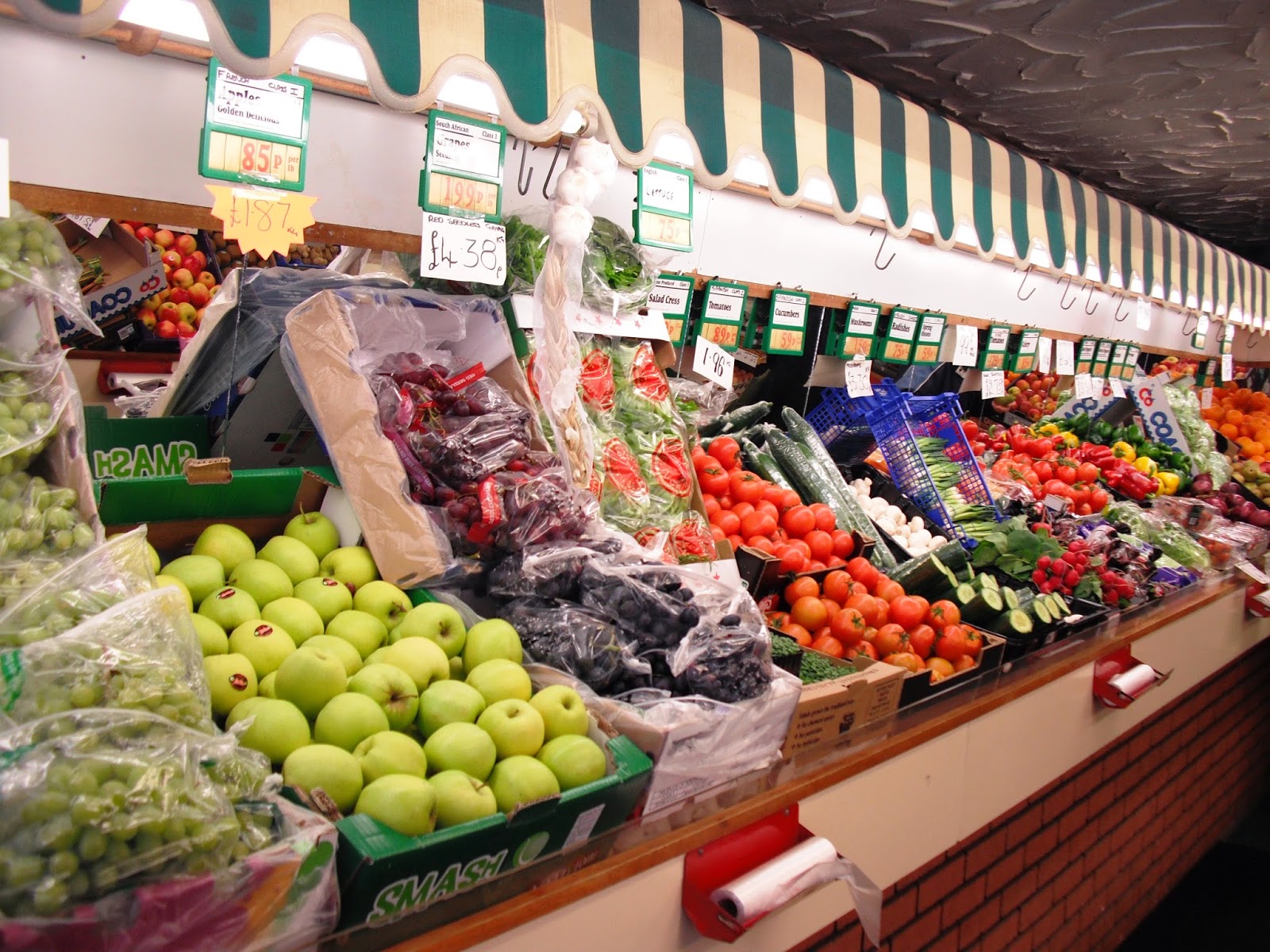 I turned to leave and this stack of blue basket trays caught my eye. Free to a good home, now that's what I like something for nothing, giving them away, recycling at it's best. I don't need any at the moment, I have a garage full of them, ha ha. 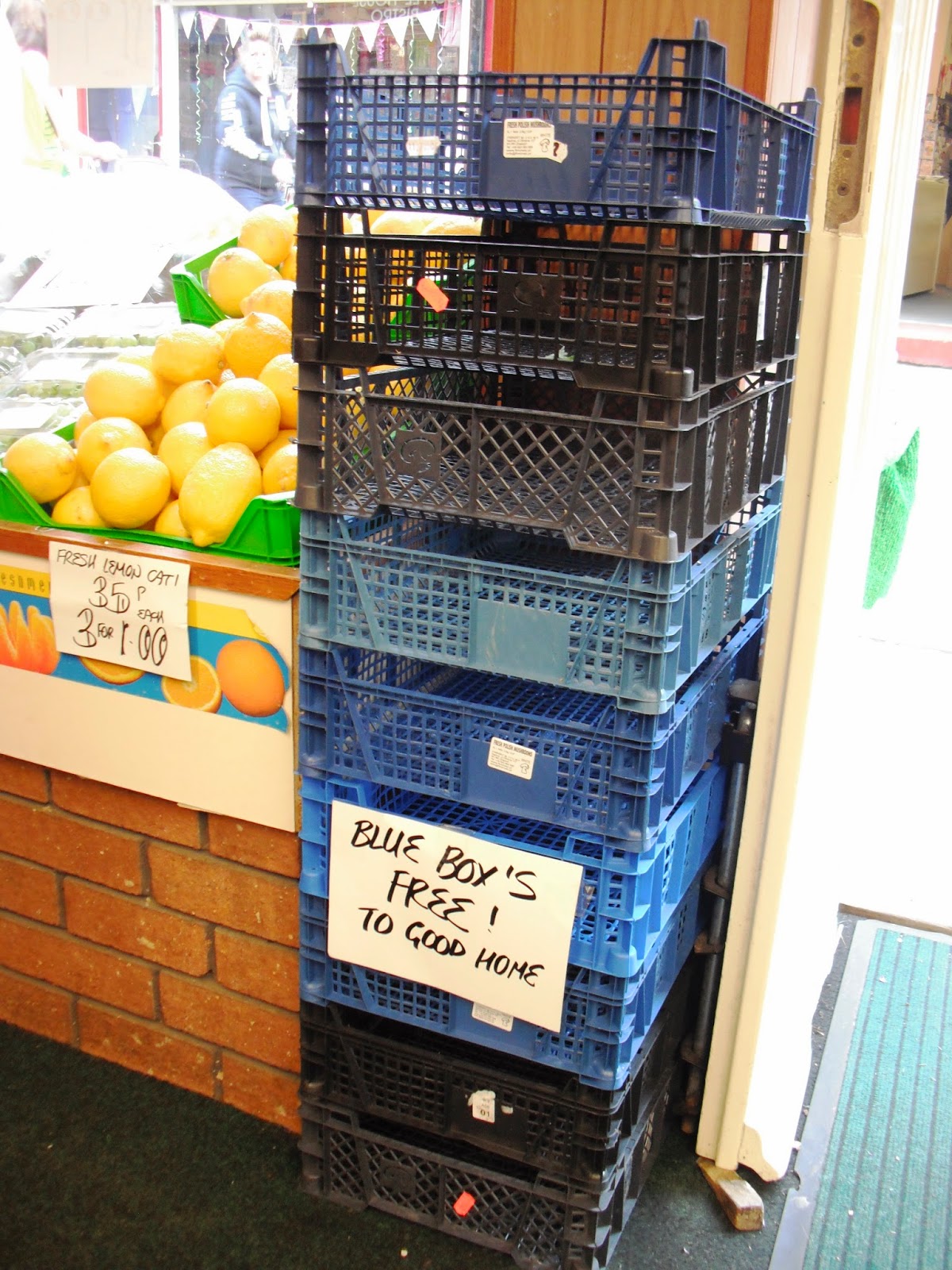 I set off out of the town, through the woods, and picked up the Stainforth and Keadby Canal 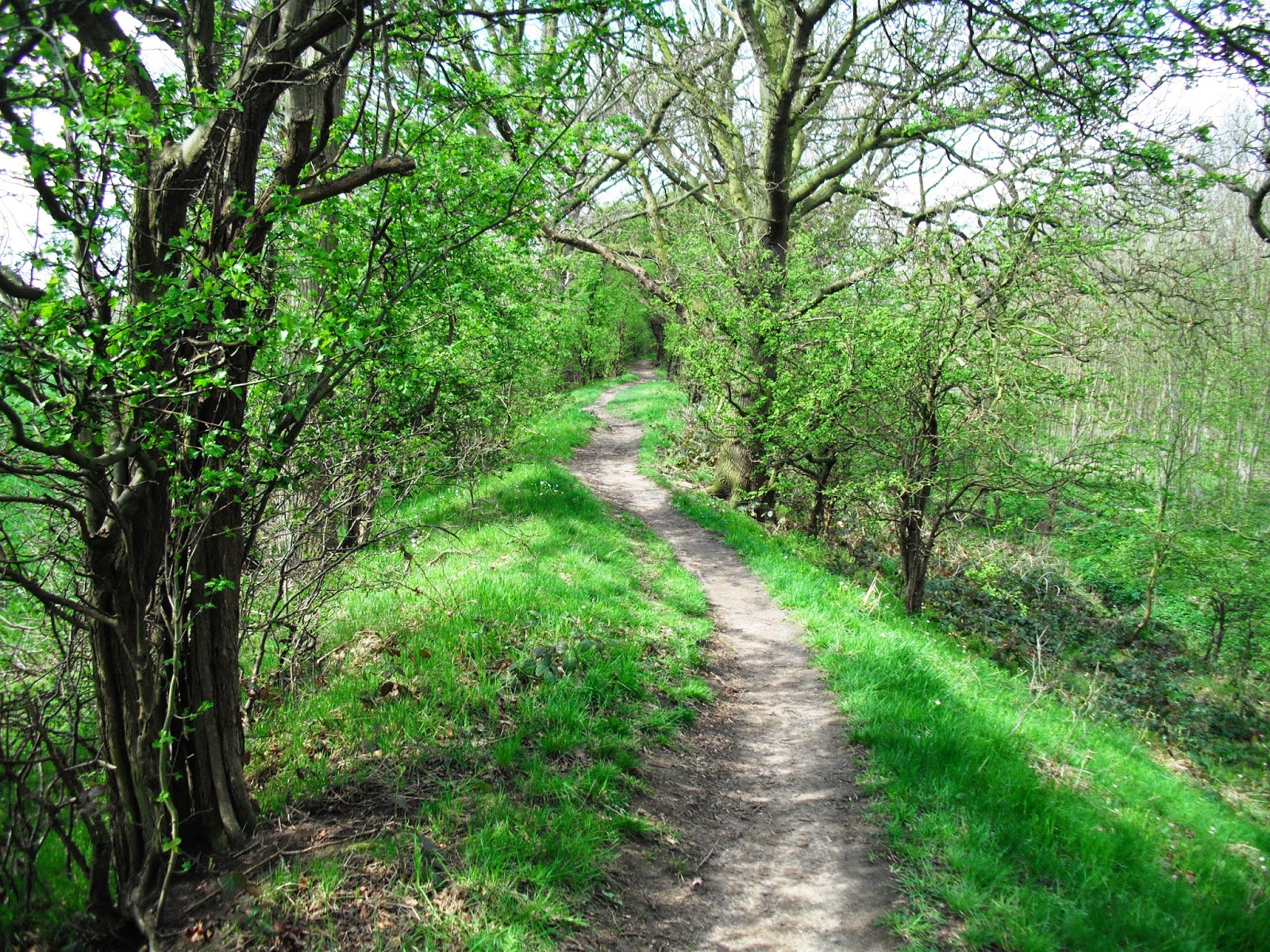 It goes under the motorway and I followed it to Stainforth. I came across a black bin bag floating in the water. It looked like it might contain rubbish, but for one horrible moment I wondered if someone had dumped an animal in it. I couldn't reach it as it was too far away from the bank, so I watched it for a while. It was partly submerged and with the water flowing quite fast it started drifting towards the edge. I couldn't walk away from it without checking it out, so I found a large dead branch which easily broke away from the tree. I leaned over and could just reach it and pull it ashore. I was so pleased that I found only rubbish in it. Strange that it had some dirty cat litter in it though. 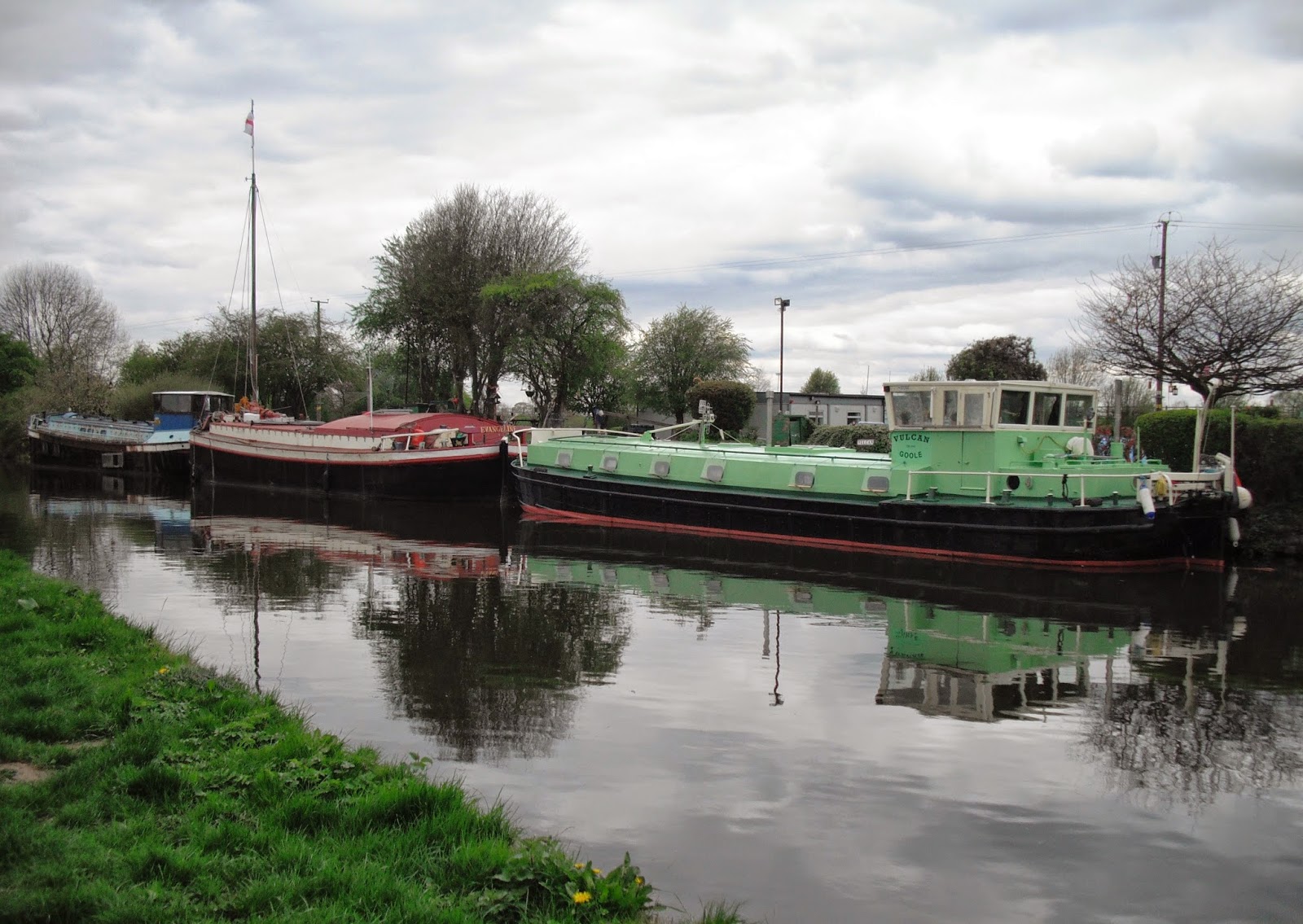 There wasn't a lot to look at in Stainforth. I stopped at the church and had a bite to eat on the bench outside. Then I came across the Cemetery. There were flowers everywhere, A lot of people these days put artificial flowers on graves, but I don't think that matters. The fact that someone has been to take care of it and visit their loved one is more important. There was a team of four gardeners busy cutting the grass, it looked very neat and tidy. 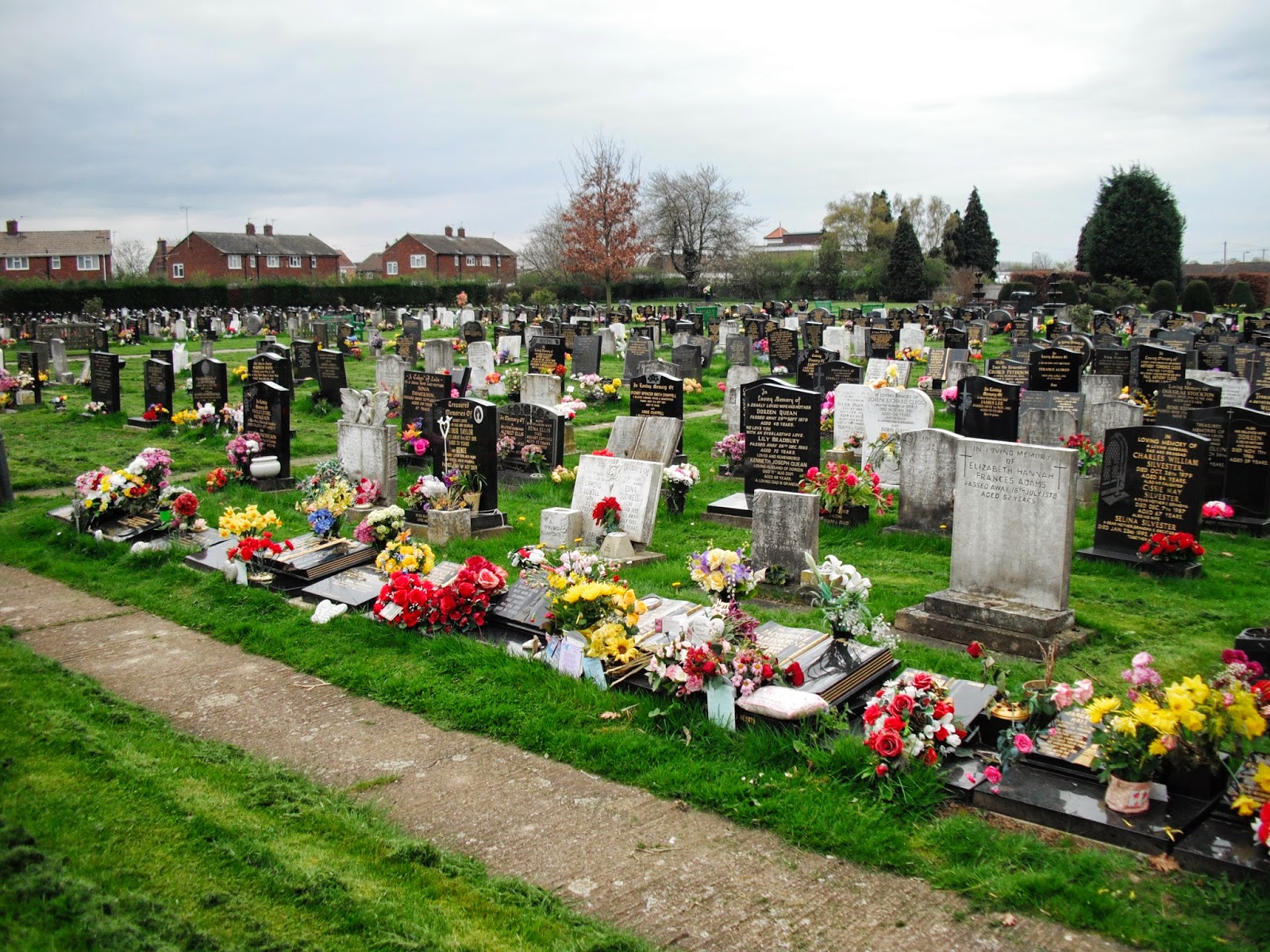 I followed the road into Hatfield. This is the first view you get of the church. The front is hidden by the trees. 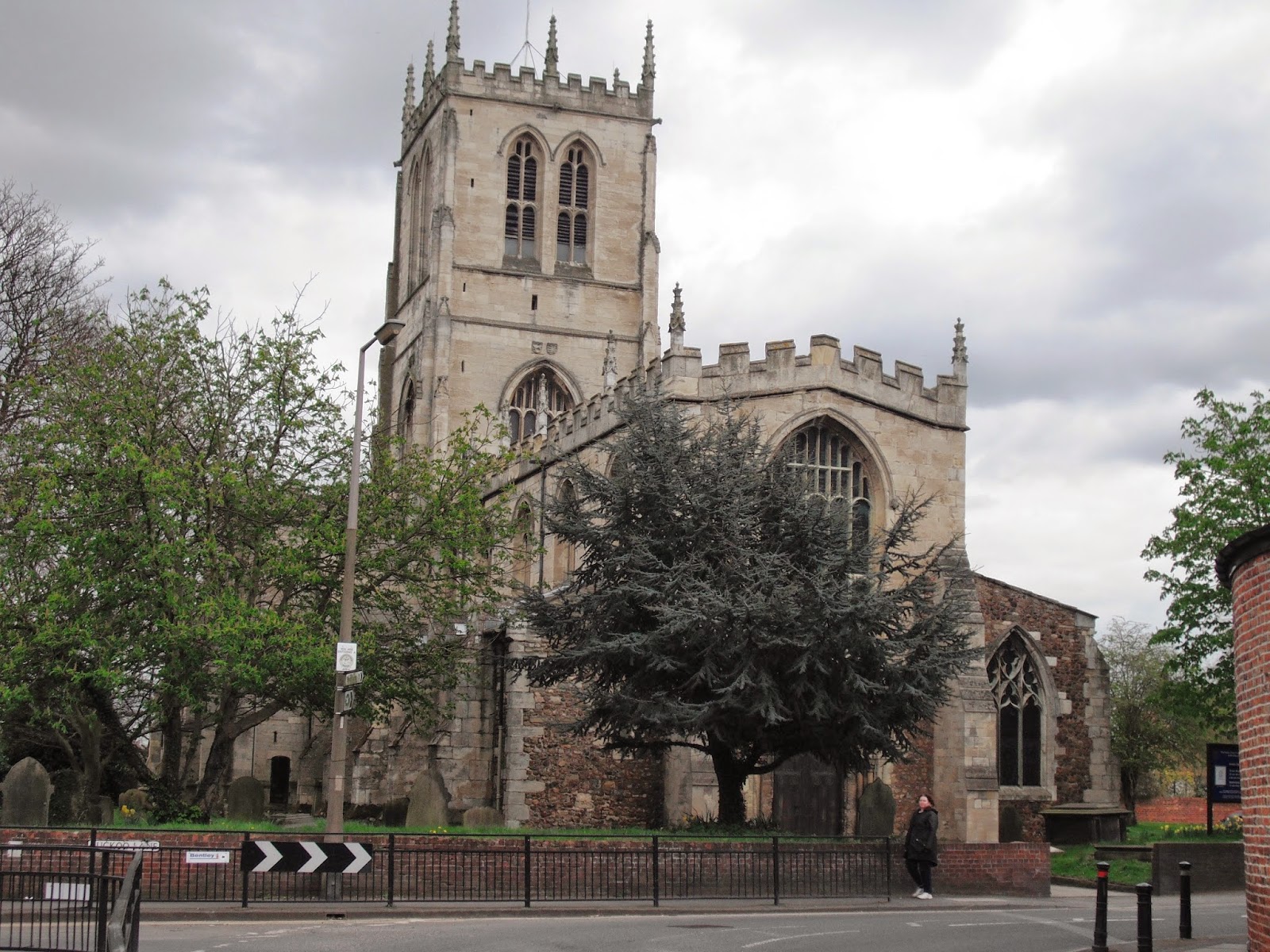 There is a much better view from the back. 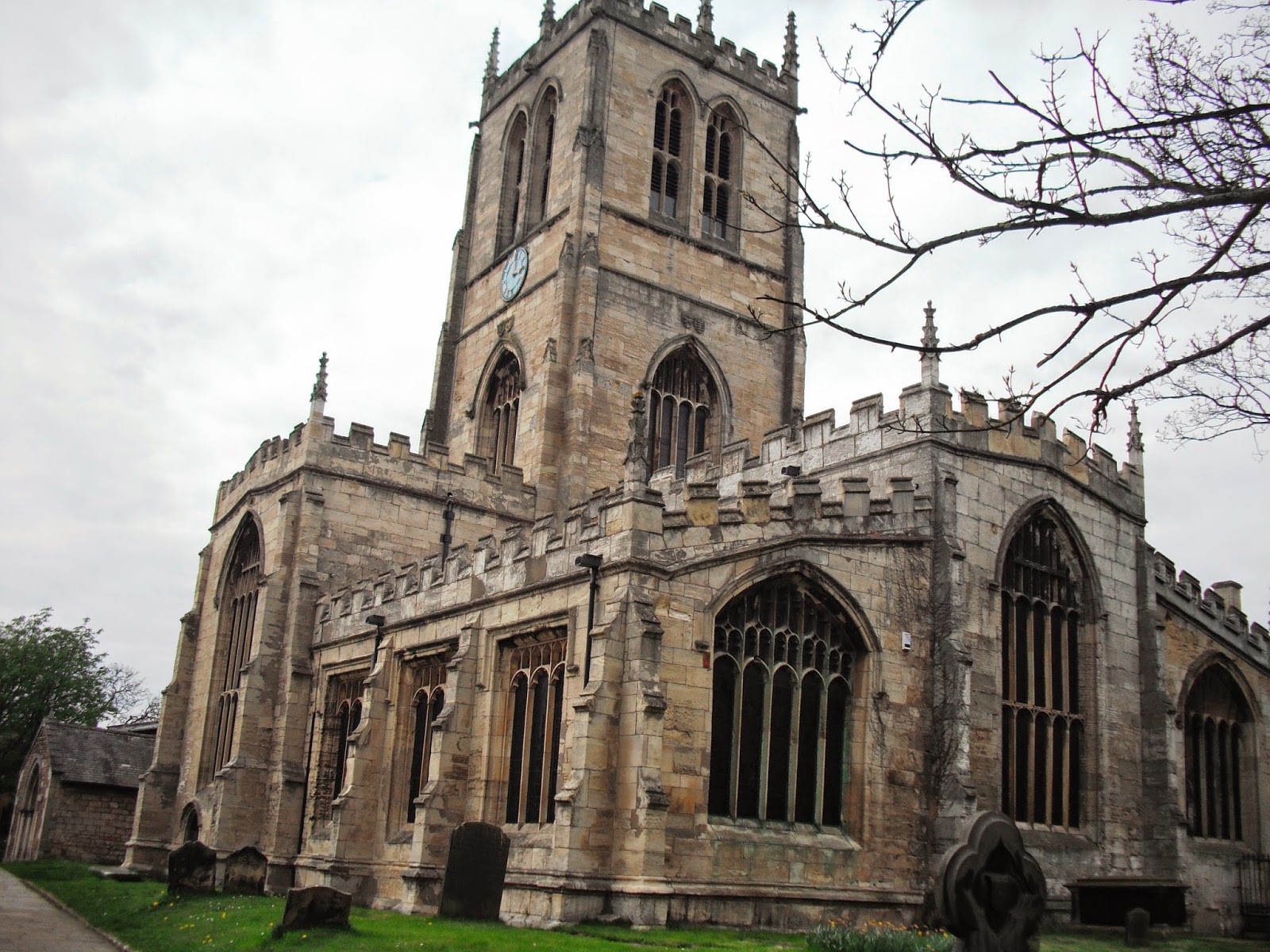 I took the footpath at the back of the church. and came to a playing field and a park for young children, time for another sandwich. There was no one about, then five minutes later several cars pulled into the car park and all of a sudden there was lots of people about, with kids and dogs. I continued to follow the path, past the Water Park, then it joined a track and it went over the M18 close to Doncaster Services. You can see the slip road for the services as it goes off to the left. It's also the junction to get off at if you want the M180. 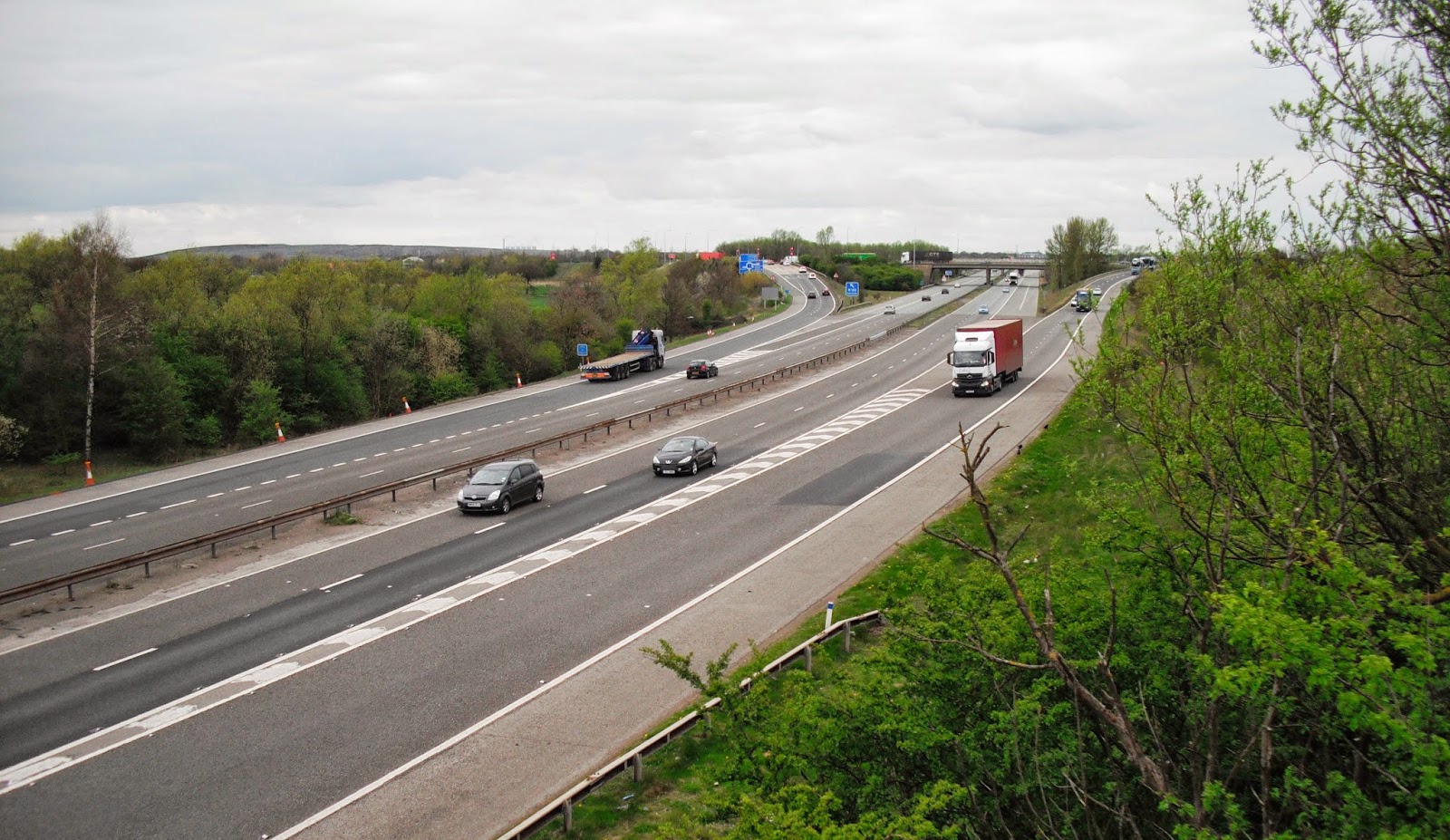 The track goes alongside the motorway for a while, and I was appalled at the amount of rubbish which had been chucked from vehicles and landed down the bank. You can't see it while you are driving along, but the view from the bottom reveals all. I did a little bit of road walking then after I had passed underneath the M180 I took a track to the left. I came across this horse chained to a tree. Further on there was a travelers camp, people who live in caravans and mobile homes. I suspect that the horse belongs to them, he didn't look malnourished in any way, and he had some water to drink in that blur container. The track goes through their camp. There was some building work going on, the whole camp had high walls on three sides. Why anyone would want to live there I do not know, the traffic noise was horrendous. If I was a traveler it would drive me nuts, I couldn't stay there. It was feeding time for about 6 or 7 horses, bales of hay were broken open and they were all tucking in. 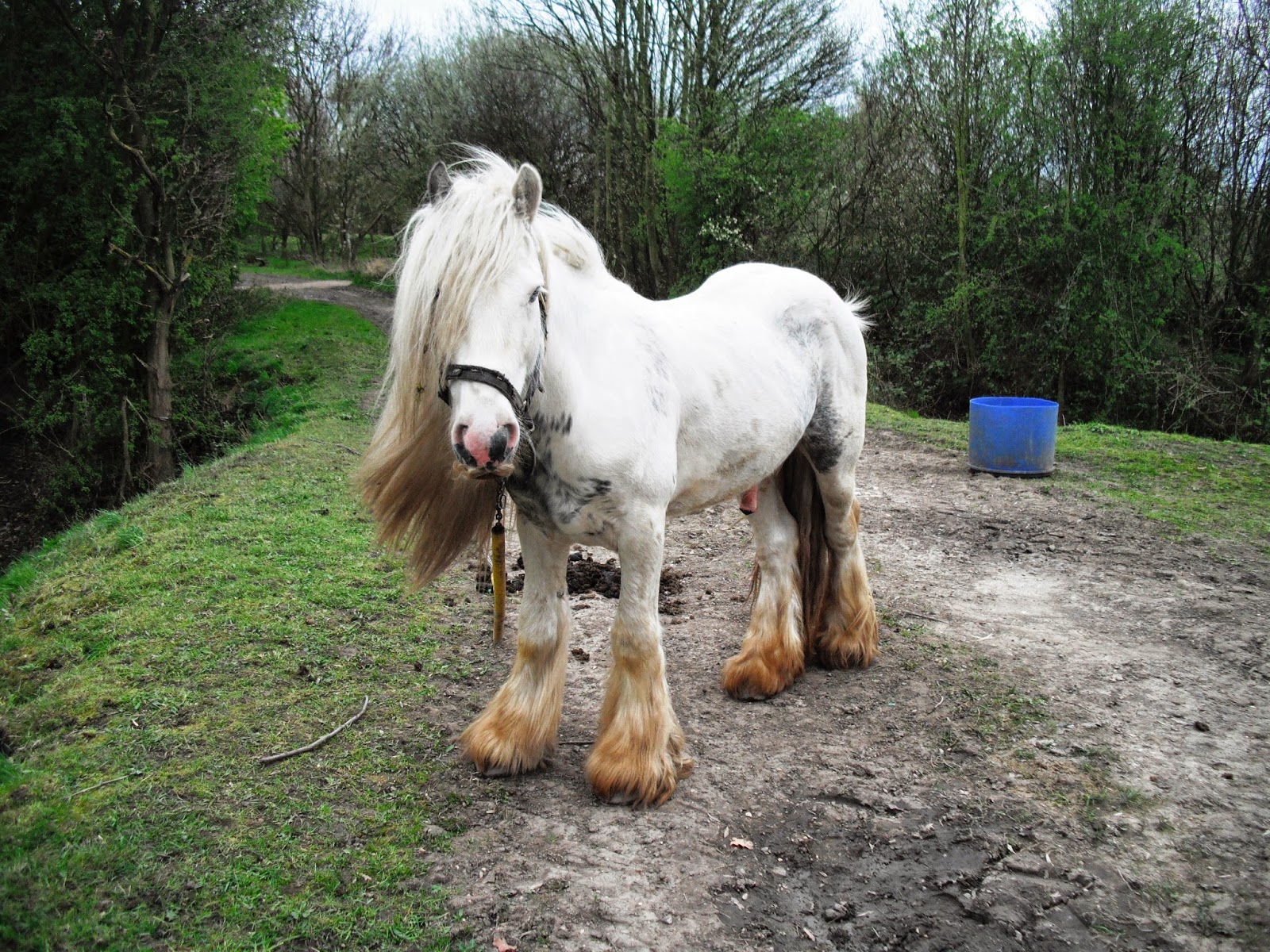 All along that track, through the camp, and further along the place was strewn with rubbish. Disgusting filthy mess, that's all I can say. 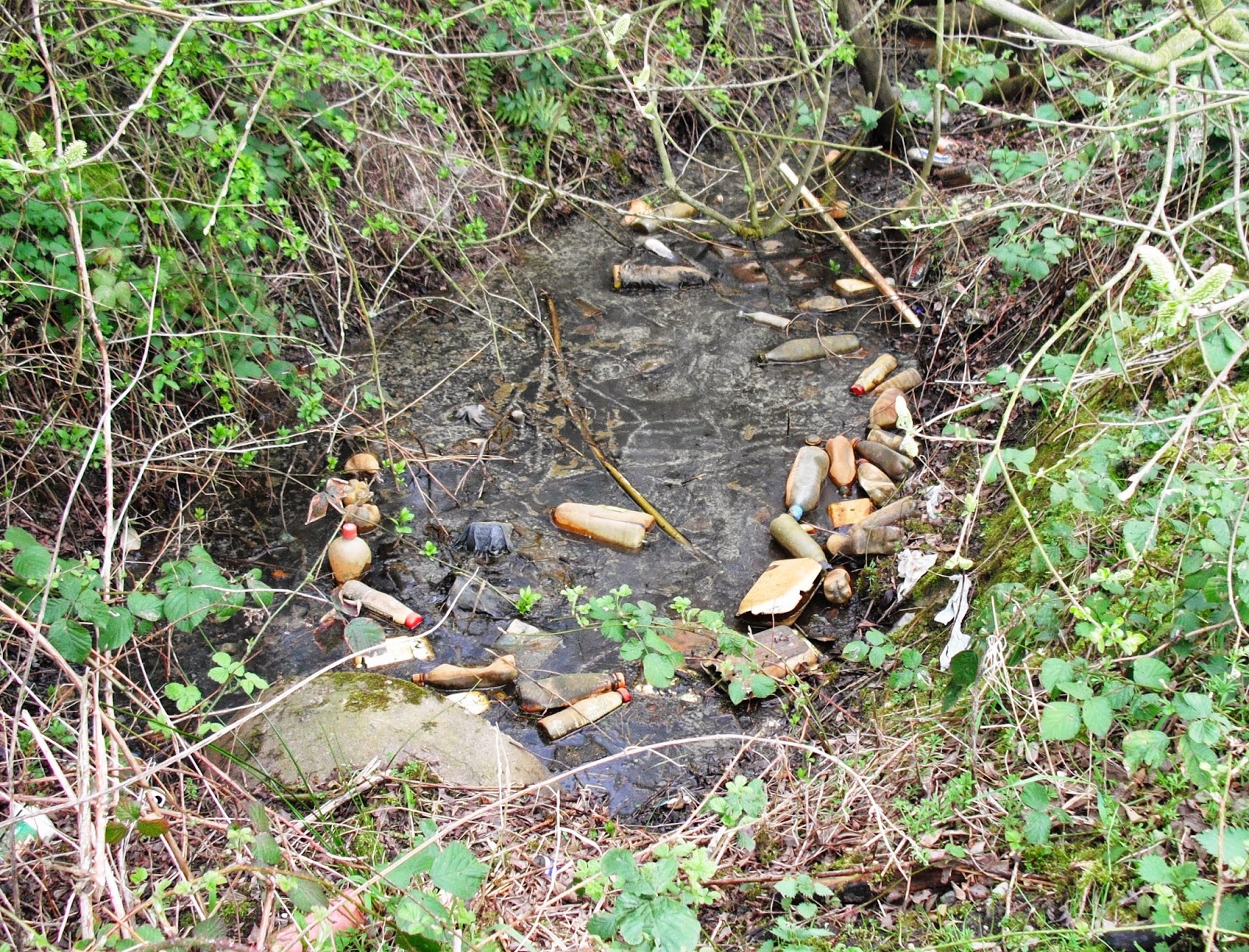 At the end of the track I picked up the road back to Thorne. As I was passing the big Tesco on the way back, I stopped to pickup some things I was running out of, bran flakes, soya milk, peanut butter, and lemon curd, all Value labels.  Also found a few yellow stickers, not many though, I was too early for the final reductions. I had a £2 off voucher. Needed dry Whiskas cat food as well.

I've had a great day out, love getting into the countryside, and meeting people. I met another lady walker and we walked together for a while and had a natter, she likes to get out for a couple of hours every day.

Brenda asks if I am going to do another long walk. Yes I will be, not sure when, and I keep changing my mind about the route.
That's all for now. I'm going to get a mug of hot chocolate before I go to bed. Toodlepip.
Posted by Meanqueen at 22:51