Getting a few miles in.

We've had a couple of nice days, so I have done a couple of local walks. Shame to waste them, get out while you can I say. Among the dark shades of winter there are little pockets of colour to be seen. 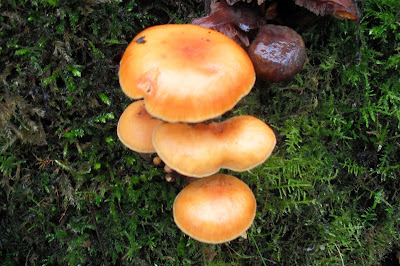 I don't know what this is, patches of white stickiness clinging to the grass. Looks pretty. 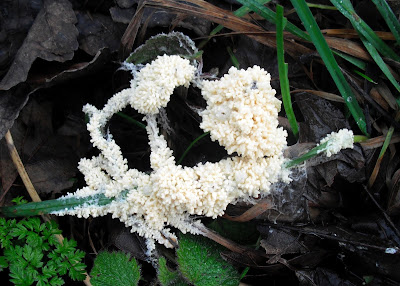 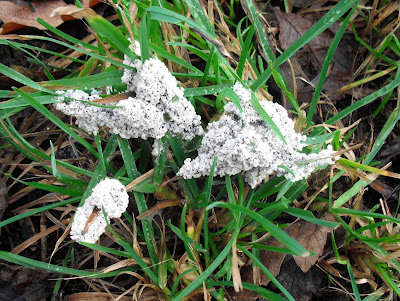 It's handy if your house backs onto a wood. Just lob your garden rubbish over the fence. No one will ever know, except for me sneaking about with a camera. Spose it will rot down eventually, maybe another 20 years or so. 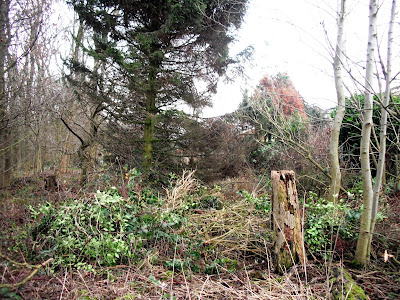 That's a nice panoramic view. I've cropped the bottom off where my shadow was, the sun was behind me. 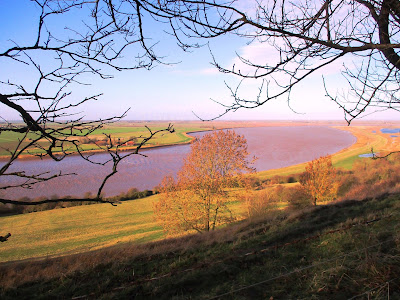 Here's an idea to get rid of rubbish, blow it up with gas and let it float away. Except somewhere it will have to come back down to earth. Caught up on a branch, spoiling our countryside, possibility of it killing an animal. I picked it up and brought it back with me to dispose of in a bin. 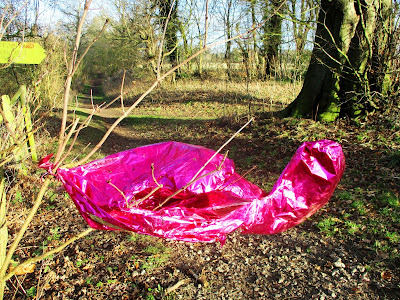 Ooooh look, there's another one, blue and glittery. I wish people wouldn't litter the skies with their rubbish. Ban the bluddy things I say. 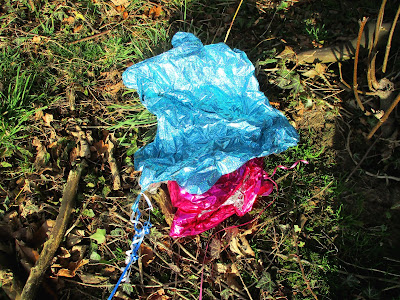 Heidi had another blood test, she is getting better, the numbers are up, the injection has given her a boost. We start taking the tablets on Saturday again, and she goes back to the vet in two weeks time for another check up. It's a strange illness, no cure, just has to be monitored. She is a little sweetheart.

Now Oscar is around my legs, he either wants food or he wants to go out, probably both. He treats this place like a drop in cafe. I'd better get up and see to him.   ilona
Posted by Meanqueen at 18:19