Saturday in night with the cats

Hello, and Happy Saturday to one and all. It was a lovely sunny afternoon, just right for a little bimble around Winteringham.  Camera at the ready as usual, it's surprising what you come across. Who'd have thought that anyone would let a beautiful car like a Rolls Royce get into a state like this. How sad that it is so neglected and full of rubbish inside, with green mould everywhere, what a shame. Mind you the house was no better, looked like it needed a mega dose of de cluttering. I took the photo and scarpered before anyone saw me. 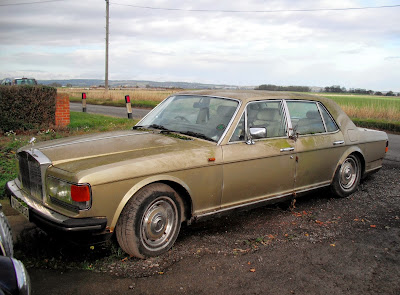 I have walked past this old church many times over the years, and it always looks the same, lots of work going on but nothing much happening. There was a large caravan parked on the road at the front for a long time, probably used as living quarters while the owners worked on the property. It looks like a project that a television company would be interested in filming, Grand Designs or something like that.

Anyway, today I actually saw two men pottering about, me being nosey I struck up a conversation. It turns out that one of the men bought it eleven years ago and set about renovating it. He has a wife and family, the youngsters have left home so it's just him and his wife now. It is obvious they are living in it as there is smoke coming out of the chimney and the lights were on in the part that looks like a house. I asked if his wife does some of the work, he said no, they both go out to work, that's why it is taking a long time. I asked when it might be finished, he laughed and said, probably never. I bet the neighbours are fed up of having to look at the mess out front. 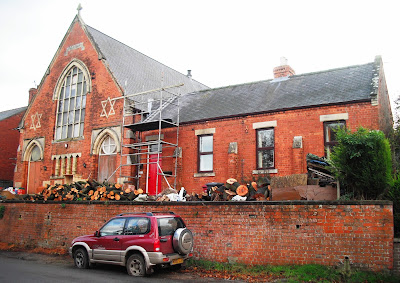 Just up the street is this tiny little cottage, sandwiched between two bigger houses. A nice little project for someone. Maybe that man should have bought this one instead. 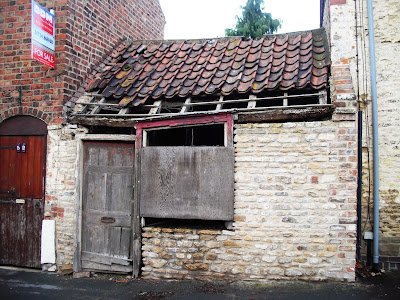 This little cutie was spotted sitting on a bench outside the old School House, which unlike the old church has been successfully turned into a desirable residence. 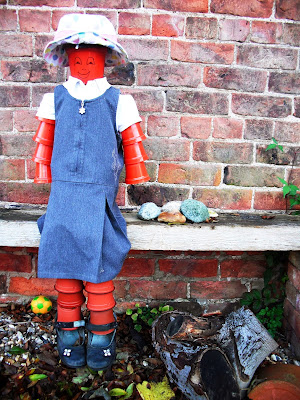 Here are a couple of shots of the village church. 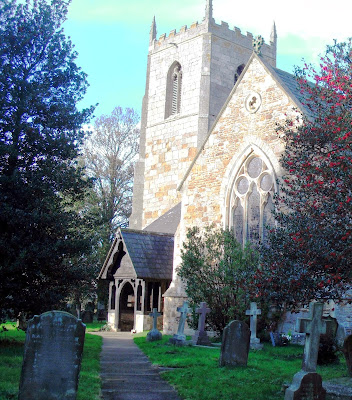 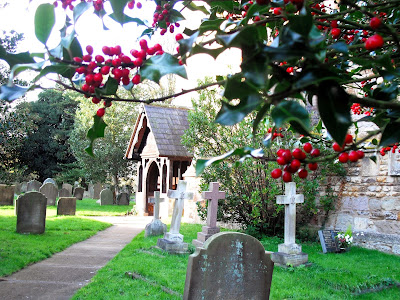 When I got back I emptied one of the raised beds of potatoes, still two more to go. You don't get spuds like these from a supermarket, odd shapes and knobbly, and covered in dirt. I scrubbed them outside in rainwater. 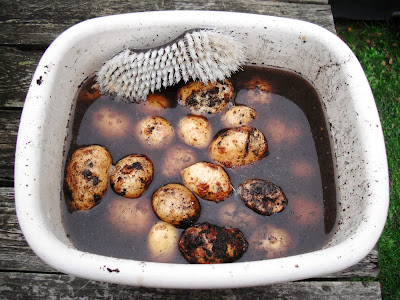 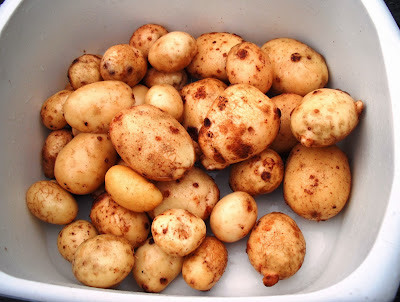 Well we are all snug in the living room tonight, with no heating on. I have found that the desk lamp gives off quite a lot of warmth, and my fleecy dressing gown keeps me warm. Bugsy always wants to sit on my knee, not very practical when I am sat at the table tapping away on the keyboard. So we have reached a compromise. He is happy to curl up on one of my sweatshirts provided that it is close to me. Doesn't leave me much space to work with though. 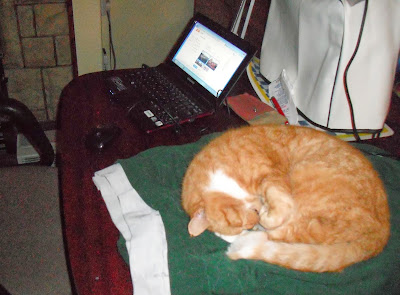 Mayze has found the wool box and likes to sleep in this. It's making a right mess of the wool though. 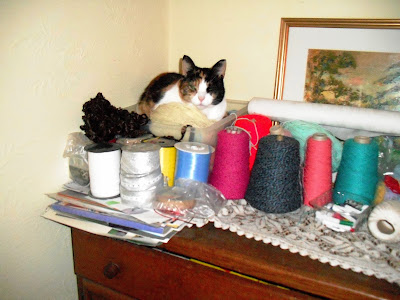 And Heidi likes to lie in the other plastic box on the sideboard, which is full of bits and bobs I use for crafting purposes. 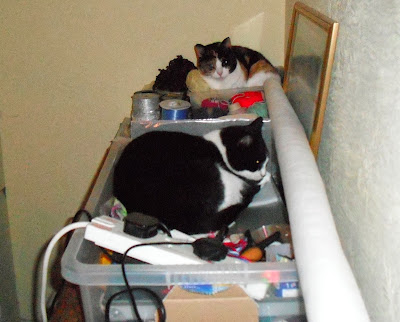 I think I'll move across to the settee and find something to watch on catchup TV.
Have a nice Sunday. Toodle pip.
Posted by Meanqueen at 20:46