Yes today I did scoff cake, and now I'm suffering. Can't face any dinner just yet, full up with cake. We have had a baking competition in the village, all money raised goes in the pot and is distributed to local charities. People have been busy in their kitchens, not me, I wouldn't know where to start to bake a cake. Besides I don't want to get into the habit of eating cake, and I would do if I took up baking as a hobby, so best not to go there.
Everybody taking part delivered their masterpiece to the Village Hall this morning, and at 2pm the doors were opened to the public and the winners were announced. As soon as people had received their prizes, some of the cakes were auctioned off. Here is the auction taking place, hands were going up and people were dipping into their pockets. However tempting it was, I managed to control myself. 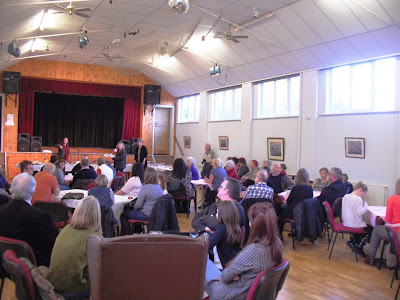 Here are a sample of the scrumptious looking cakes. There was over 40 entries, so a good response from our residents. Be prepared to drool. 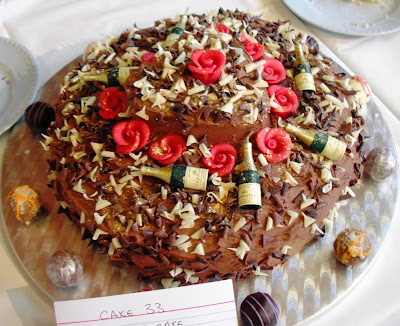 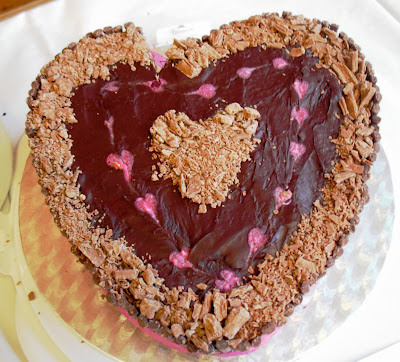 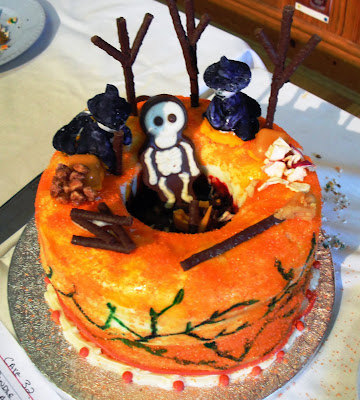 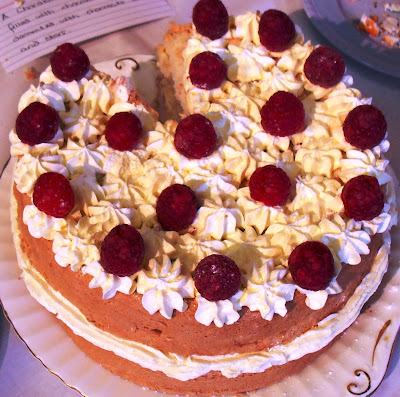 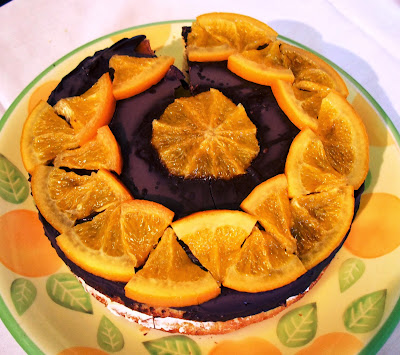 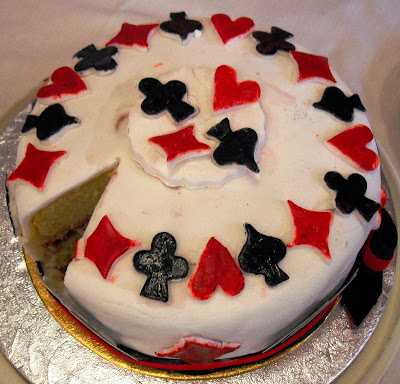 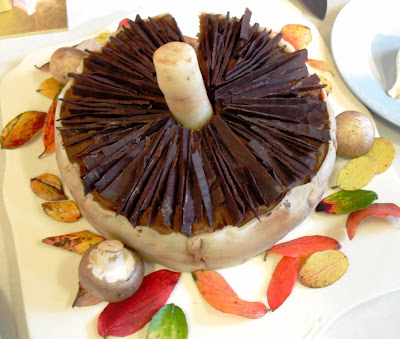 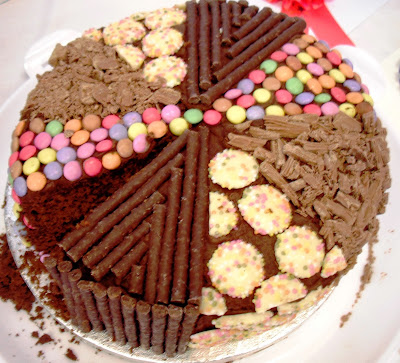 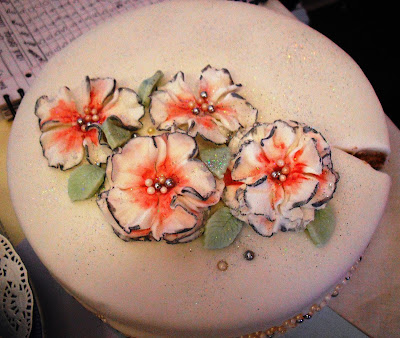 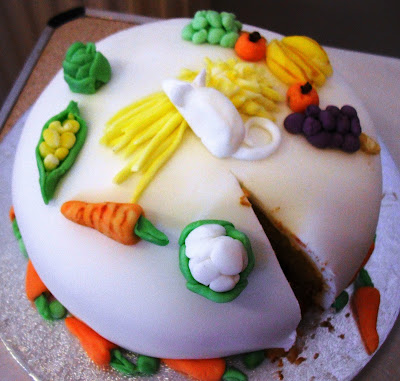 Is your mouth watering yet? The cupcakes were entered by our younger residents. Children under 16. 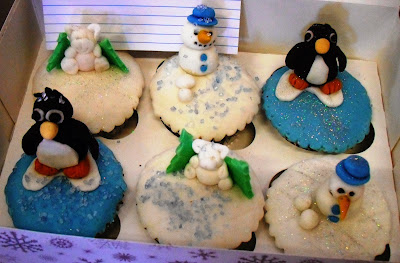 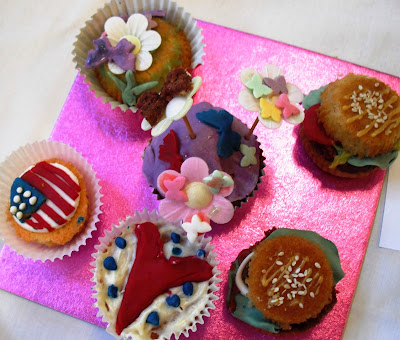 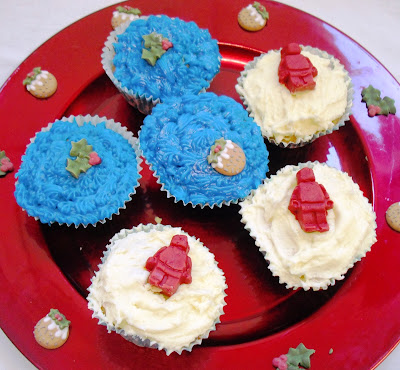 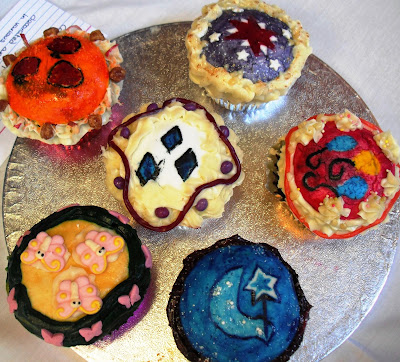 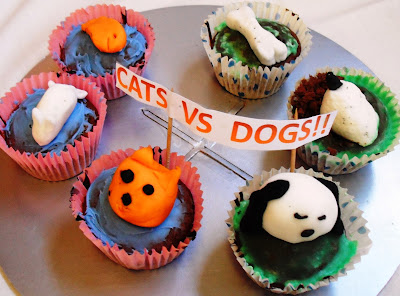 After the auction what was left was served up with a cup of tea. Plenty for everyone for a £2 entrance fee. 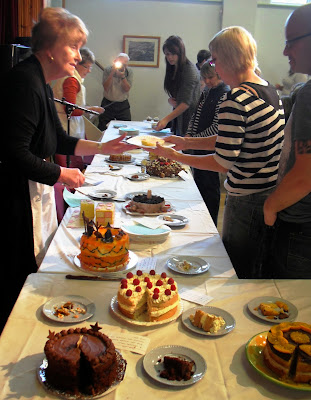 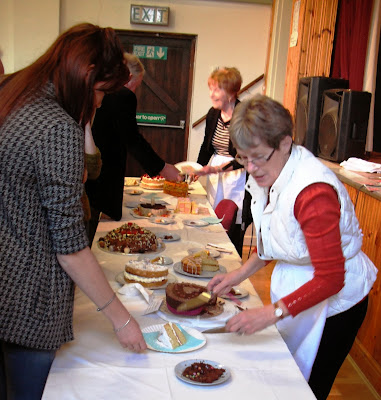 I was a pig and asked for two pieces. I had one chocolate, and one orange. It was so difficult to choose just one from the whole lot. You could say my eyes were bigger than my belly. I think I have had my sugar rations for the whole of November, in one mad frenzy this afternoon, ha ha. 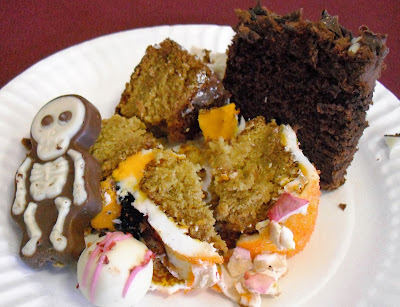 I think I might just be able to manage a bowl of soup shortly  :o)
Toodle pip.
Posted by Meanqueen at 19:11