Hello. Presenting. . . . . the new artwork. . .  it's finished. Trying to get a true representation of the colours is a nightmare. You will see slightly different shades due to me trying a variety of locations for photographing it. The purple and pink are deeper and bolder in real life, and the green is more leafy green. 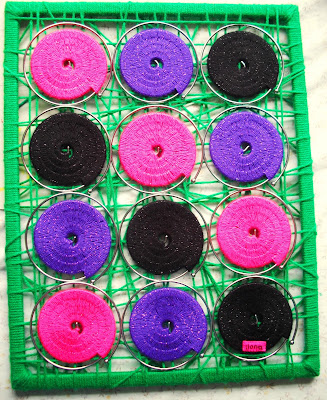 I had a couple of  ideas on how I could mount the spirals, on a piece of fabric for a wall hanging, or in a conventional frame, maybe behind glass, or maybe not. Then it came to me, why not wrap a frame with wool in the same way, and then crisscross the whole frame with the same wool. Luckily I had a ball of green wool which I think goes well with the other colours. 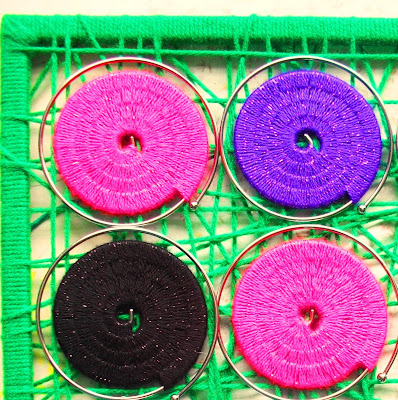 I decided not to take the wrapping right to the edge of the spirals, I thought it would look better with some of the chrome showing. 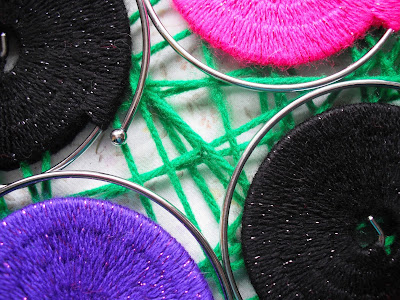 This is the back. I cut circles of black felt which I stitched into when I attached the spirals. Then I cut twelve more circles out of black felt with a sticky back, so I could cover up the stitching. 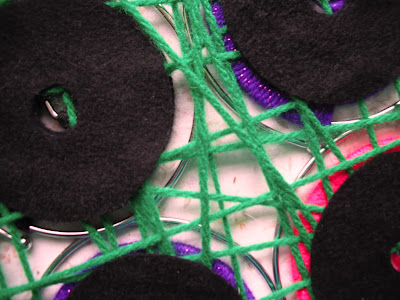 The frame is one I already had, it used to be a childs chalk board. I previously used the centre for something else, and this happened to be exactly the right size. It was painted different colours but that didn't matter because I was going to cover it with wool. 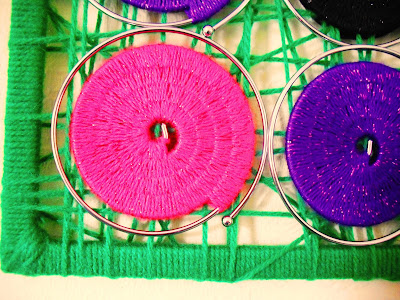 Spot the deliberate mistake. This picture is upside down, ha ha. 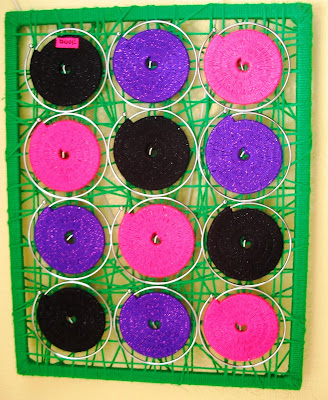 I like the novelty of the spirals apparently floating on the green wool, and the fact that you can see right through it. 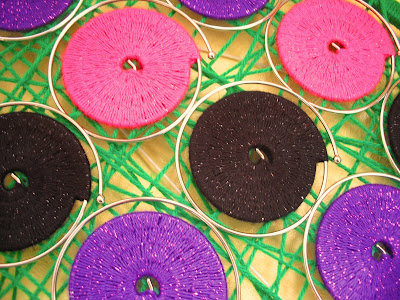 The wire attached to the back of it for hanging is wrapped in wool also, so it blends in with the other wool and can't be seen from the front. 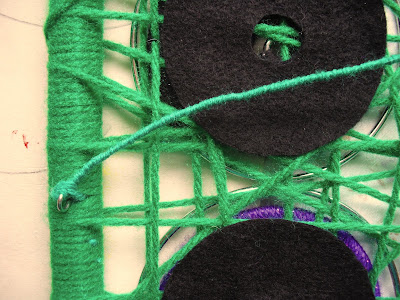 Above my gas fire. 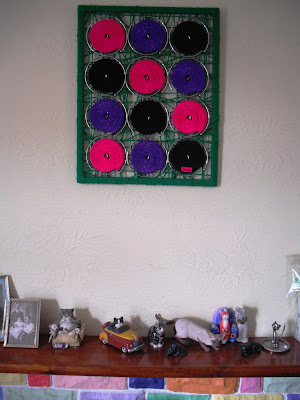 Another one finished, it looks much better in real life. I need to make more pictures between now and August. I have some work in progress which needs to be completed, and some new ones will be started.

Call out to the International Walking Group. Could you please report in tomorrow with your miles for April, and your totals for the first four months of the year. I have to admit I haven't done as much as I could have done. Still ahead, but not by as much as I was last month. Oh dear, will have to pull my socks up. I can hardly inspire the rest of the group if I have been slacking myself  :o( glum face.

Thanks for popping in, we'll catch up soon.
Toodle pip
Posted by Meanqueen at 18:39