Now where was I? Ah yes, I had been to the Bus Museum at Long Hanborough, then I walked to the village of Bladon. There is a family plot at St Martins Church where Sir Winston Churchill is buried. He was Britains Prime Minister during most of World War 11, and died in 1965. I don't remember much about the occasion as I wasn't into politics when I was sixteen years old. 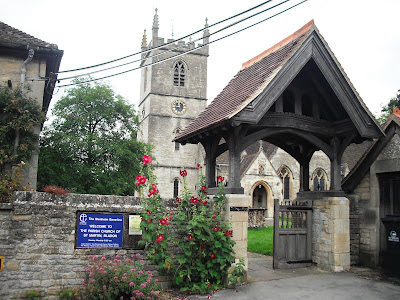 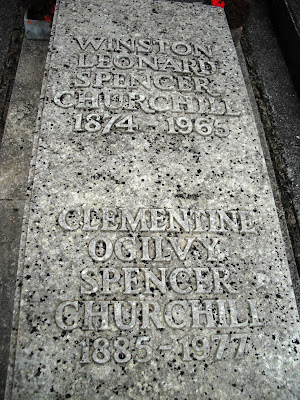 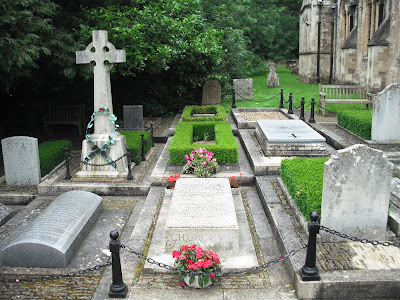 My next stop, Blenheim Palace. To buy a ticket for the palace, parks and gardens is £20, for a pensioner it is £15.50. If you only want to see the parks and gardens the ticket price is £11.50, or £8.50 pensioner price. You can't buy a ticket just to go in the palace. If you live near enough to Blenheim and want to visit several times, they have a good deal on which converts a £20 day ticket into an annual pass. I probably wont be visiting again in the next twelve months, so I decided not to buy a ticket.

Someone commented on a previous post that you can get into the park through a back gate, because there is a public footpath running through it, and no one can stop you from entering. I read about this in a guide book, and followed the advice given. In Bladon almost opposite the church is a pub called The White Horse. There is a lane up the side of it which takes you to an open gate. There are big notices on the iron gate which say no access to Blenheim Palace, they look quite threatening, almost saying you would be trespassing if you entered. I ignored them and carried on. Once inside it wasn't obvious where the public right of way went, so I headed towards the River Glyme which went into the lake. 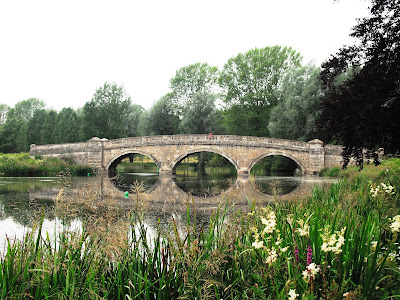 A bit further along is the Dam and the Cascade Pumphouse. 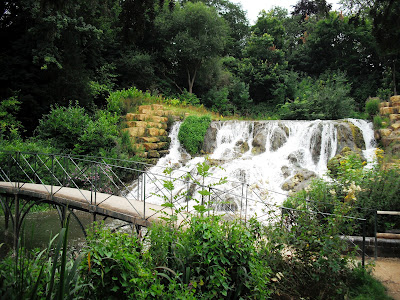 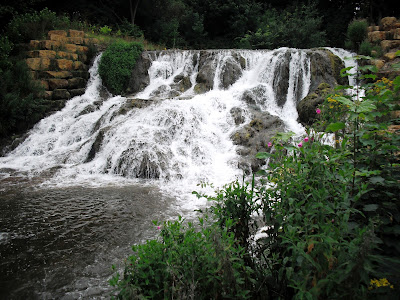 There is a path up to the top of the waterfall. 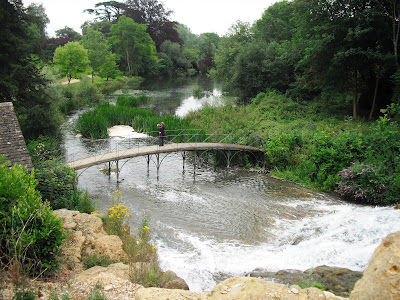 After much walking around the grounds I came to the palace. I was able to walk around the gardens, with no checks for tickets. 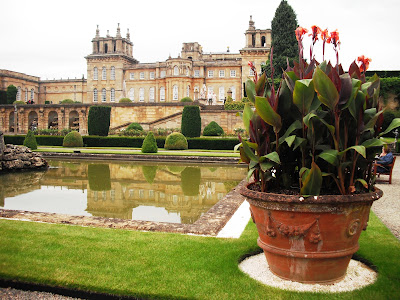 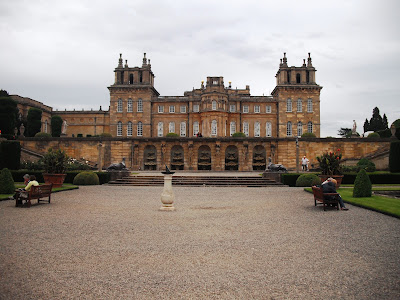 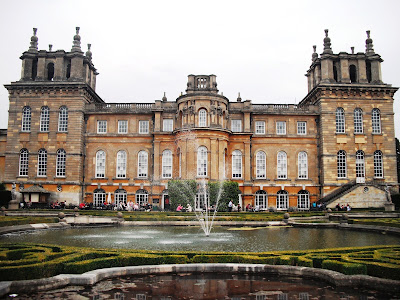 This room was free to enter. It was a room on it's own with no rooms off it. 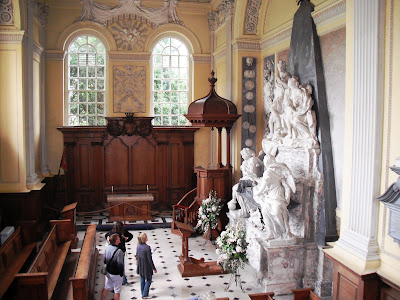 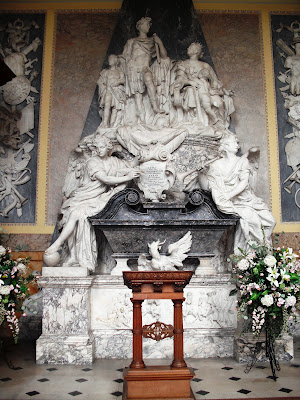 This is the Great Court and the main entrance to the house. 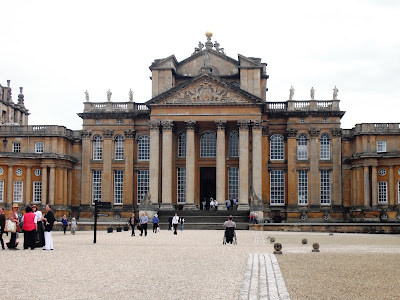 The notice at the entrance. 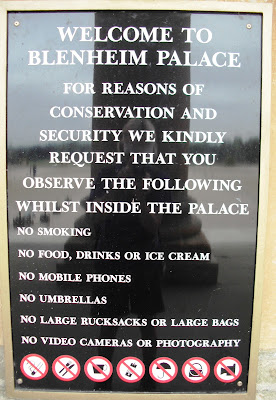 I wandered around the outside of the building and found a door with a No Entry sign on it, there seemed to be a lot of people milling around so I stuck my head through the door and inside was the library, it's a a very long room. I casually strolled inside mingling with the crowds, and wondered if I had found a way to get in for free, ha ha. As I worked my way along looking at the exhibits, and stopping to take a few photo's, it seemd I might have got away with it. There was an attendant sitting on a chair halfway along the room, she wasn't taking much notice and looked half asleep, so I carried on.

I got to the other end and took a photo, a chappie who had just finished speaking to a group spotted me and said, 'no more photo's please'. I apologised and put my camera away, and carried on walking towards the next room. Bugger, he noticed that I was going against the flow, I didn't realise it was a one way system. He said I should walk back towards the exit door and come back in through the entrance. I tried to tell him I wanted to go back and see something I had missed as I came through, but he wasn't having any of it. I was rumbled and had to admit defeat. It was only then that I went to the front entrance and saw the notice about no photographs.

I think it's a bit mean to have to pay all that money and not be able to take photographs. By rights they should have a ticket for the house only, because there is nothing to stop anyone walking across the public right of way footpaths, and then on to the gardens. I took these three pics in the long library, before I was rumbled. 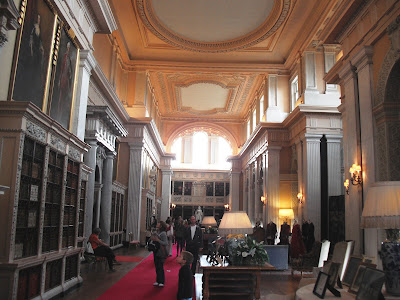 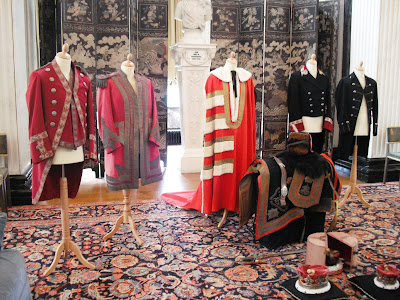 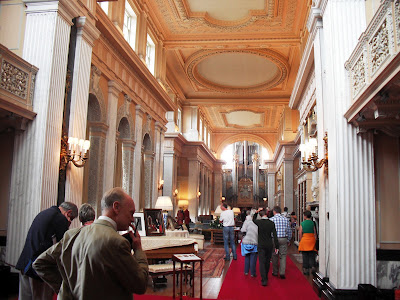 Once outside I carried on walking around. This is the Grand Bridge. 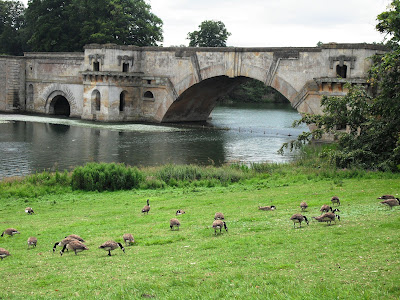 View from the other side of  Queens Pool. 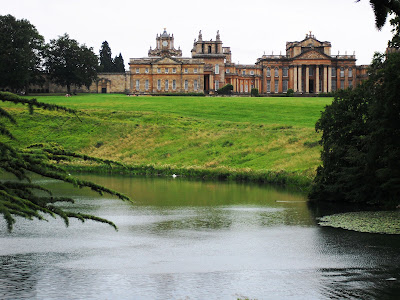 This is the Column of Victory. 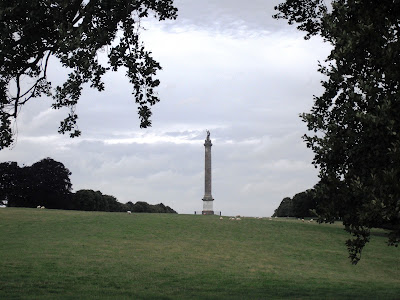 The Italian Gardens. There was no access to these gardens, not sure why. 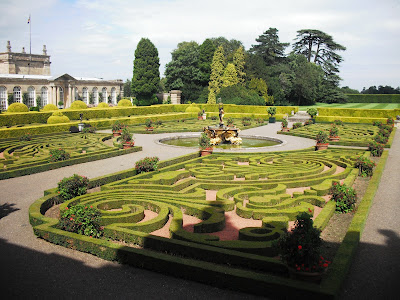 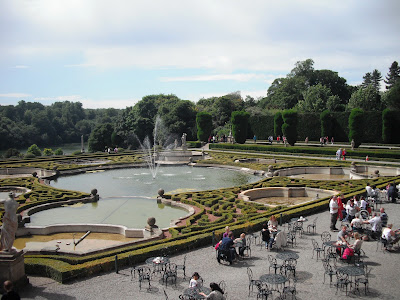 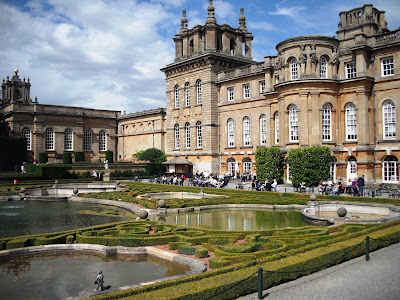 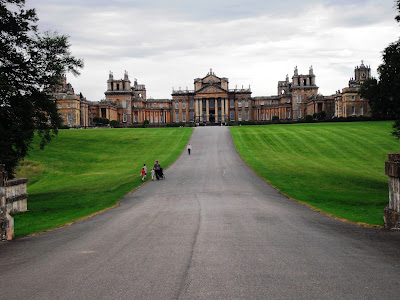 There's no doubt about it, it is a beautiful stately home. If I lived nearer to it I would buy a ticket and visit often. Toodle pip
Posted by Meanqueen at 22:35